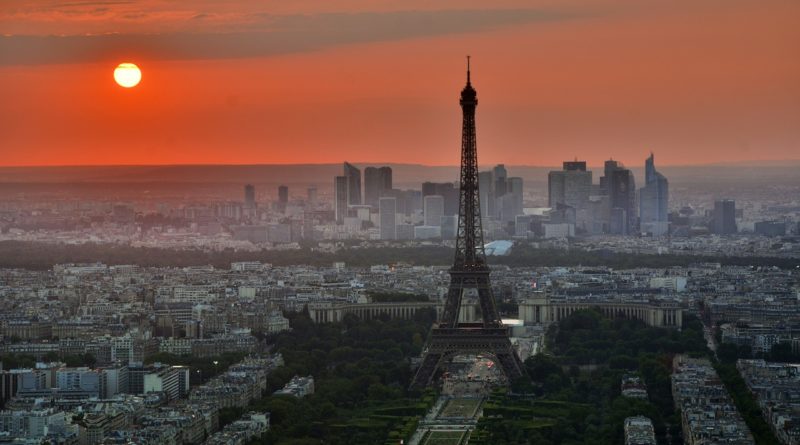 Each country has its own features and history, but France in this regard is able to outperform very many. France is certainly associated with romance, refinement, and beauty. We know perfectly well that it produces excellent wine, cheese, and perfumes. Obviously, genetically blessed people live in this country. This article presents a selection of six of the most amazing facts about France, about which you might not know, in order to know this country even better.

45% English Words are of French Origin

Yes, the French language has always had a certain allure. We also know a few French words that have made its way to the English dictionary. However, the influence of French on English is far stronger than you think. As per certain research works, almost 45% of the words in English can trace back its origins to French. If that make you feel like learning the language right now, here is a good place to find a French language teacher.

The French Invented The Soap

The ancient Gauls used soap pasta from goat’s fat and beech ash to keep their hair and body clean. Then, for many centuries, soap has not been widespread. The process of its manufacture was long and complicated. To produce the soap is not enough to mix fat and wood ash, it is necessary to force the substance to enter into a chemical reaction, which is called the saponification reaction.

To form the sodium salt, the fatty acid was heated and mixed with liquor. This method was called direct. The result was the so-called soap glue or glue soap, a homogeneous viscous liquid that thickens upon cooling. The resulting substance was quickly washed off, it was inconvenient to store and transport it. In addition, the adhesive soap contained a lot of impurities. It did not smell very pleasant and irritated the skin.

The soap production began to develop, although the impetus for this was no cosmetic but rather industrial needs. In the Middle Age, the soap was required for washing and bleaching homespun fabrics, and later for growing sailing and linen production. French textiles began to create special aperture blends, giving the fabrics strength, beautiful shine, and wrinkle-free features. Since the 10th century, the center of soap production was Marseille and it is indeed a fascinating piece of history.

The history of registration of vehicles begins earlier than, in fact, the car was invented. Vehicles were carts, and from the middle of the 19th century, cab drivers and, more recently, bicyclists began to be numbered in European cities. In 1893, the first car number appeared in France.

Needless to say, the cars in those days could be counted on the fingers. They were only in large cities and plates were issued by local gendarmes. At that time, there was still no single car registration system, since local officials dealt with plates without taking account of the cars from other cities. Another important distinctive feature was that after each technical inspection, which was already adopted then, the car’s plate must be changed. In addition, it is worth mentioning that each city had its own rules regarding the type of plates, their shape, font and color, as well as the number of digits and letters. Of course, this was extremely inconvenient.

The Oldest Bridge in Paris Is Called The New Bridge

The New Bridge, Pont Neuf in French, is the oldest of the existing bridges of Paris across the River Seine. Built in the XVI-XVII centuries, now it is one of the symbols of Paris.

A lot of tourists were confused by its name. In fact, there is something paradoxical that for more than 300 years, the New Bridge is the oldest bridge in Paris. Joining the two banks of the Seine and crossing the island of Cite, Pont Neuf presents a beautiful allegory of the connection between lovers.

The history of the New Bridge dates back to 1578, when King of France Henry III approved the project of its construction. The works were conducted for 30 years and ended in 1607, when the king was Henry IV, who personally supervised the progress of the work. There is still evidence that one day the king jumped over the unfinished span and this deed enthralled French people around him.

During construction, the technology of masonry was used. The length of the New Bridge is 280 meters, and its width is 20 meters, which was wider than any European street. The New Bridge became the first bridge of Paris with a stone sidewalk lifted above the pavement. It was more safe and convenient for pedestrians and riders.

In those days, Pont Neuf was very useful for Paris inhabitants because it considerably alleviated too animated traffic. In addition, the New Bridge was the only one bridge free from extra constructions. Parisians immediately appreciated its modern design and loved to walk along it, admiring the Seine banks and surrounding landscapes.

For more than 200 years, until 2012, French women did not have the official right to wear pants. The Minister for Women’s Affairs, Najat Vallaud-Belkacem, announced in 2012 that this prohibition was incompatible with the modern legislation of France and the views of French women.

According to her, this law, introduced on November 17, 1800, has long lost its force due to its inconsistency with the main provisions of the Constitution. The decision to officially abolish this law was made as a result of a parliamentary request.

The text of the 1800 law stated that women needed permission from the police to wear menswear, in particular, trousers. According to the minister, the law was intended to make it difficult for women to get access to certain professions. Those days, people believed that the strong points of a woman are in her femininity and there is no need for her to be like a man.

In 1892 and 1909, the law was amended and allowed women to wear trousers if they hold the wheel of a bicycle or a bridle of a horse.

Medical Academy of Paris considered the potato as the harmful product to health and banned the use of this food in 1748. It was believed so inefficient that people preferred to feed pigs and prisoners with it.

The ban was lifted only in 1772 thanks in large part to the efforts of Antoine-Augustin Parmentier, the French pharmacist, agronomist, and nutritionist. During The Seven Years’ War, he was prisoner in Prussia. There, he tasted potatoes and liked very much these dishes unexpectedly. Most importantly, he appreciated the nutritional qualities of potatoes.

To make the French love potatoes, Parmentier came up with new dishes and used to arrange dinner parties for famous guests. He usually offered potato bread, potato soup, potato porridge (apparently a prototype of mashed potatoes), and even potato jam.

The most famous of his cunnings, invented to popularize potatoes, was the armed protection of a small potato field, which was given to him by Louis XVI in 1787. At nights, soldiers left the field unattended and local peasants had the opportunity to steal potatoes and get familiar with this exotic plant.

Enakshi Sharma is a compulsive seeker of various tangible and intangible things. When she takes a break from her dreams, she explores the proverbial City of Djinns.