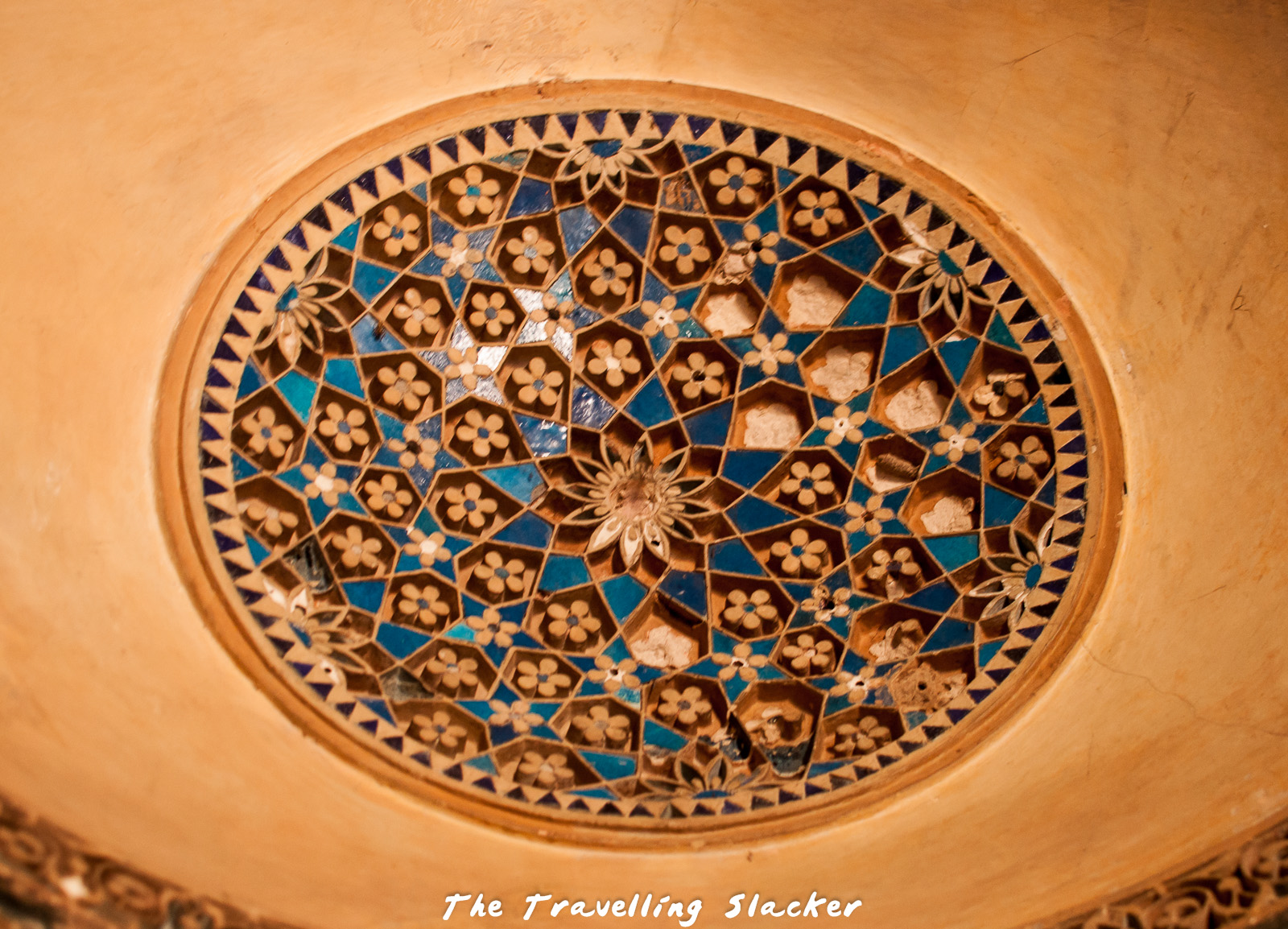 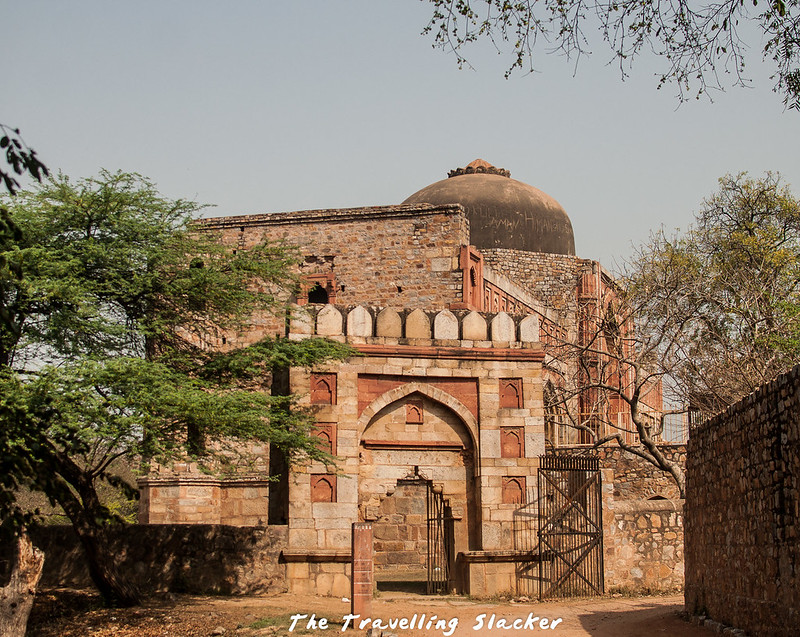 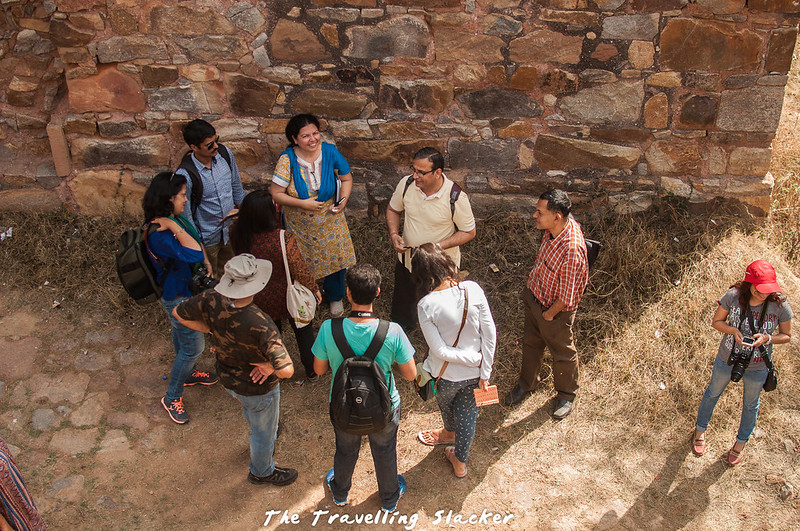 Anyways, I got an opportunity to make up for what I’d missed earlier due to another of the #TBCG_trips, this time with noted historian Rana Safvi, arranged as always by Alka Kaushik under the aegis of Travel Bloggers and Correspondents Group. We also visited Balban’s Tomb and Quli Khan’s Tomb during the walk and scored a copy of her book on Mehrauli. It is an important job because it comprehensively lists and discusses every possible monument in the Mehrauli area, most of which now remain forgotten and neglected. 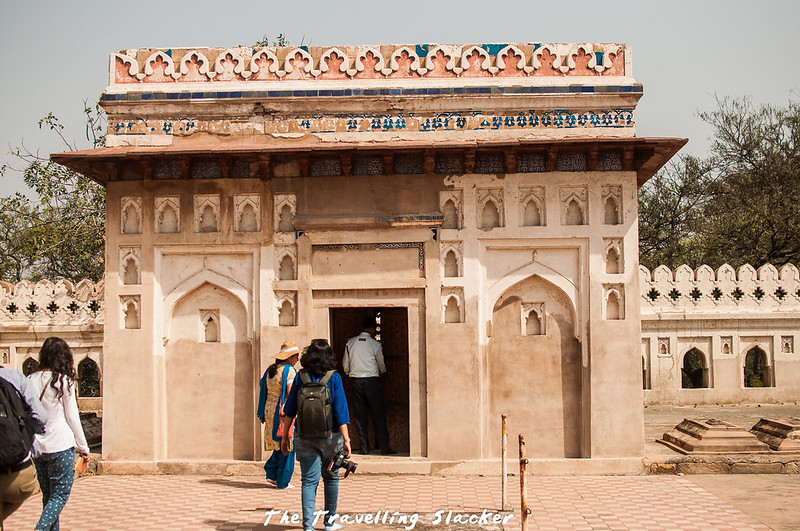 Coming back to Jamali Kamali (built around 1528-1529 AD), the reason I am focusing on this is because I was taken aback by the sheer grandeur packed inside one small chamber. As we entered the compound, the arrangement was made to open up the locked chamber housing the twin tombs (it normally remains locked and most people do not realize that such treasures are hidden inside). 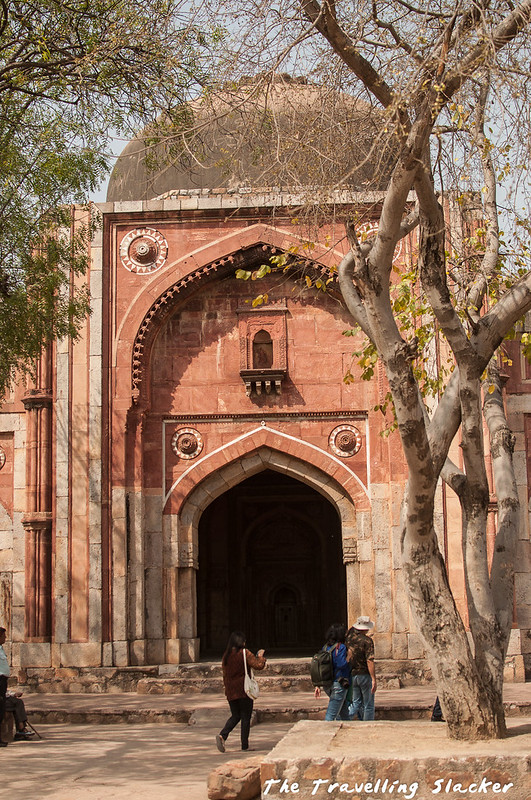 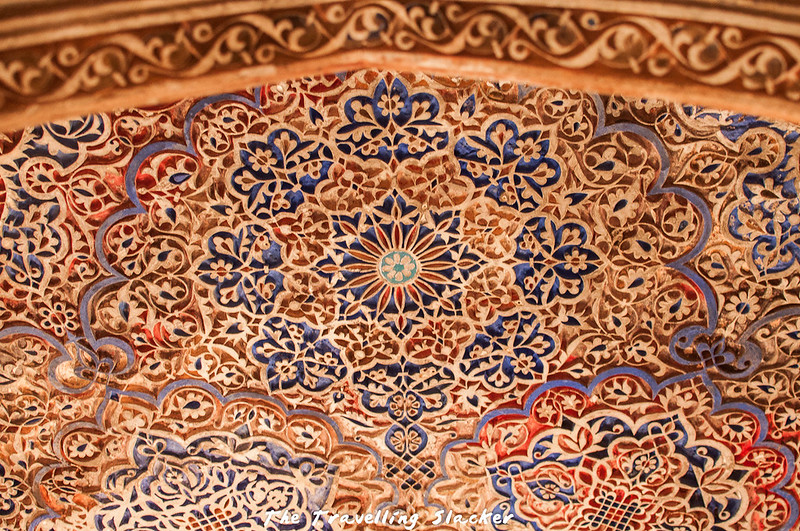 But what is more enticing is the sheer artistry displayed on every square inch of the walls and the roof. In general, most of Delhi’s monuments have decorated roofs but most of them are wearing out. But last week I was delighted to find a well-maintained roof at the Isa Khan’s Tomb at the Humayun’s Tomb complex. However, this one surpasses it because not only the centre but the entire roof here is covered with near psychedelic patterns. Also noticeable was the distinctly Indian elements such as lotus motifs at various parts, indicating the pinnacle of Indo-Saracenic design. I could not even cover fully in one frame with the 35 mm lens. The lack of wide-angle is costing me all the time nowadays. 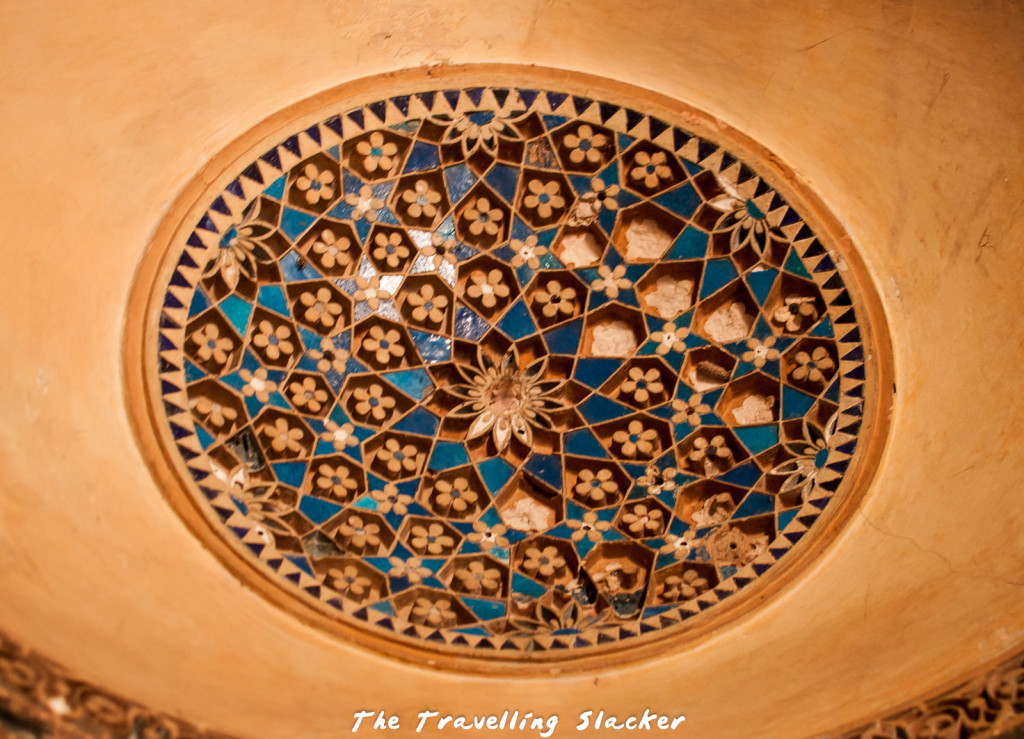 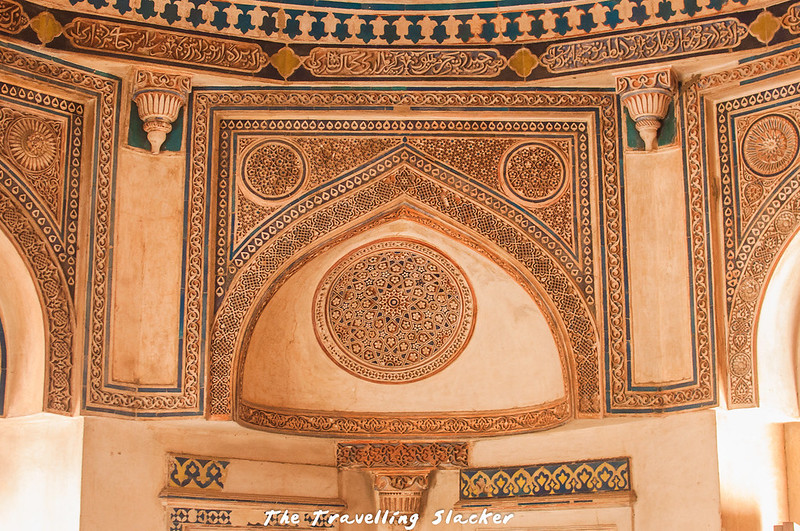 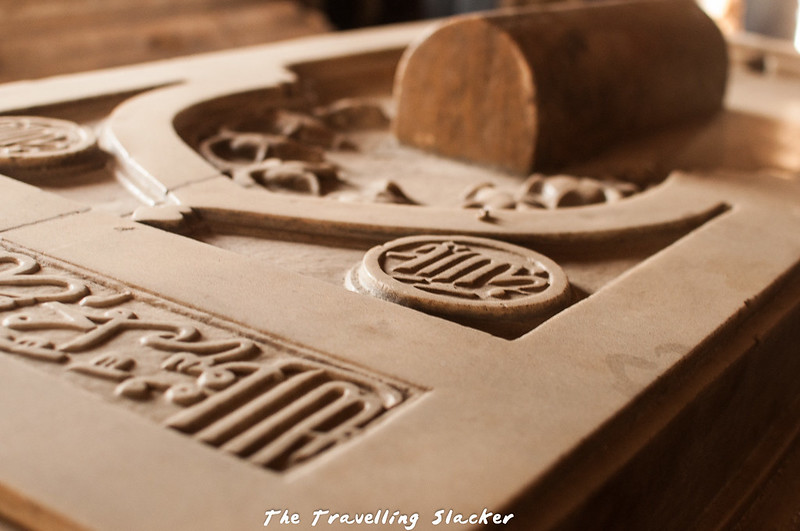 The other interesting part here was the discussion on the forced homosexual angle. As these two tombs belong to two male friends, some 21st century, revisionist views are beginning to add a homoerotic angle to their relationship. I have personally found such ideas pretty juvenile, forced by a need to appropriate everything according to politically correct 21st century standards. I have come across comments attributing and even “demanding” homosexuality from the likes of Holmes and Watson and even Tintin and Haddock! Personally, I did find the Kunwar Virendra Singh and Janbaaz friendship in Chandrakanta (Based on the TV Series, I have not read the book) to be homoerotic, but lets not get carried away with that.

We continued the walk as we moved on towards the Rajjon Ki Baoli. I am not getting into much detail for the rest of them to avoid sounding repetitive. I just want to finish it with a couple of trivia I learnt during the walk.