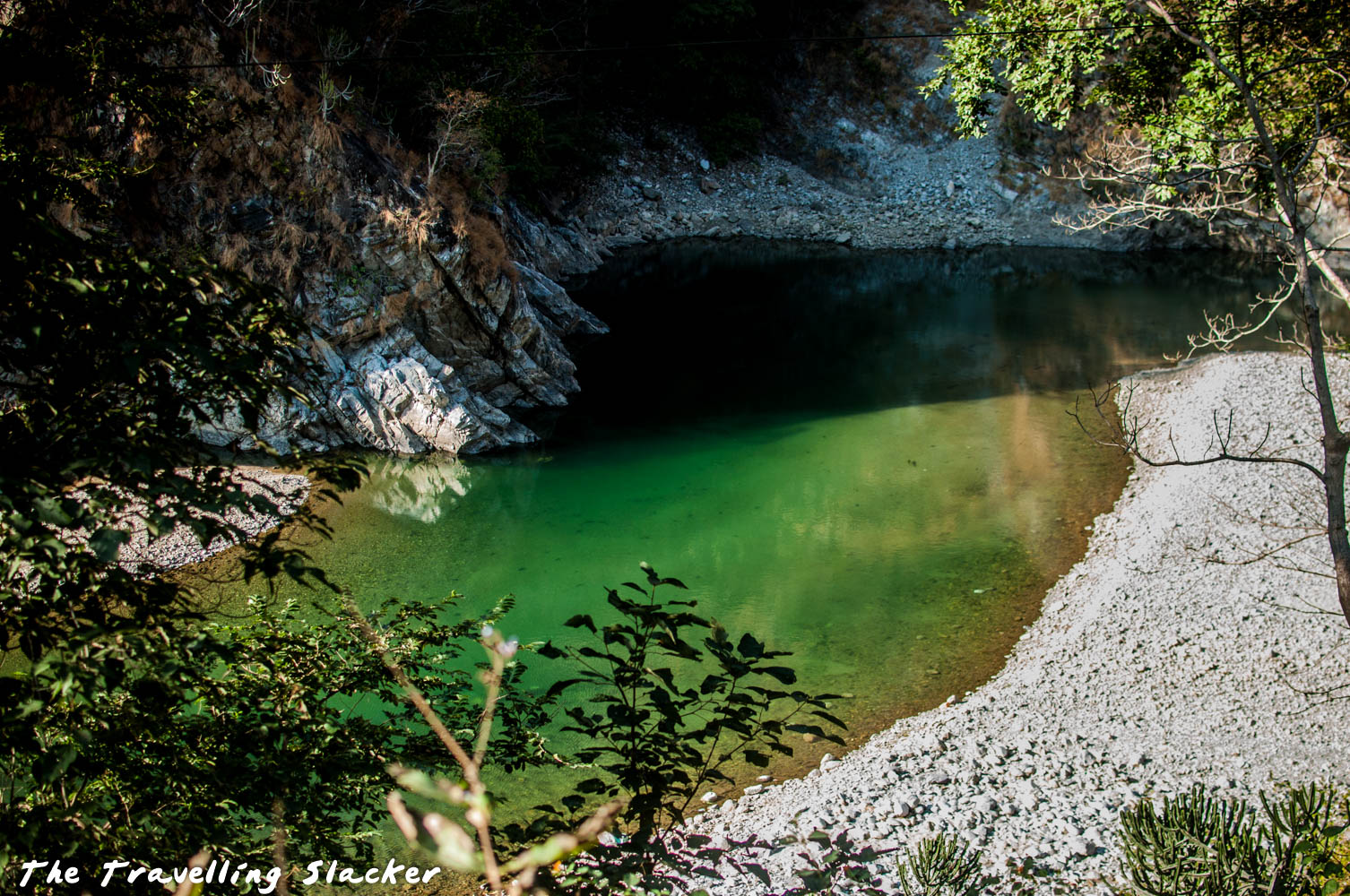 So, I spent a couple of days near the Jim Corbett National Park right at the start of the year. I was on an assignment but as it turned out, the safaris were overbooked with Chrismas-New Year holiday crowd and my client had not planned for it. Anyway, I completed my work and tried to soak in the feel of the jungle as much as possible while beating around the bushes, literally. So, this is not a detailed travelogue as I did not do much but just a series of photographs, primarily featuring the river Ramganga, as I stayed very near to it. Later on, I will come back wth a detailed guide about the park as I collected enough information about the place.

As a matter of fact, I was taken aback by the colours of Ramganga as I walked around Merchula, the northern corner of Corbett which is located at a slight elevation, thus providing very good views of the river and the valley. I generally use “turquoise” as the generic term to describe the colour of hilly rivers. But Ramganga looked different at different points depending on the season, angle of viewing, altitude, and time of the day. My vocabulary fails here to describe all these shades of blue and green. So, just have a looked at them.

While the colours were mesmerizing from a distance, on a closer look revealed them to be extremely transparent, so much so that I could see the pebbles underneath along with little fishes and toads. There are many bridges over the river. I crossed a suspension bridge too although in the winter it is possible to cross the river by foot at certain points.

As far as the animals are concerned, I did not see too many as I never entered the core area. Nevertheless, from what other visitors commented, tiger sighting is extremely unlikely anyway so it did not bother me much. I was given a guide for a quick walk around the river and the villages around Merchula. The first thing he showed me was a sunbathing pig. He claimed t to be a ferocious wild boar but I still remain sceptical of that claim.

But he did redeem himself by showing me a couple of Sambar deer from close range. The mother ran away quickly. But the young one was not yet aware of the danger that a human being might possess. So, it stopped for a while and looked back.

I also managed to spot barking deer, spotted deer, and several birds but with my limited zoom, I could never get clear pictures. Towards the end of the trip I noticed a large group of langurs by the side of the road. They made faces, showed a finger, probably middle one, and disappeared into the jungle.

While coming back, I stopped to visit the precariously located temple of Garjiya Devi, the local jungle deity. The view of the river was excellent here too, but it was not Ramganga, it was the other river called Kosi.

19 thoughts on “Hues of Ramganga: Beating Around the Bushes in Corbett”