OK I will be quick with this one because I don’t have much time. Last year I walked from Shoja to Jalori and also ventured bit towards Raghupur Garh. Due to too much walking I did not have time to cover Serolsar Lake. So, as I was passing through the region again, I decided to pause for a day at Shoja and visit the Serolsar Lake.

Shoja as usual was beginning to get covered with purple Iris blossoms. But this time I opted for the bus and quickly reached Jalori Pass in the morning. The previous day was a rainy one but that was a fine morning. Peaks of Kinnaur were clearly visible in the horizon. The dhabas at the pass had just opened. I decided not to waste too much time and quickly started the hike. As a matter of fact, it is not much of a hike. It is 5 kilometres but is not a continuous ascent. Initial stretch is straight, then it actually goes down, and then picks up again. Over, it did not take much work and I reached the lake in slightly more than an hour after passing by a thick stretch of jungles, fellow hikers, goats, and sheep. 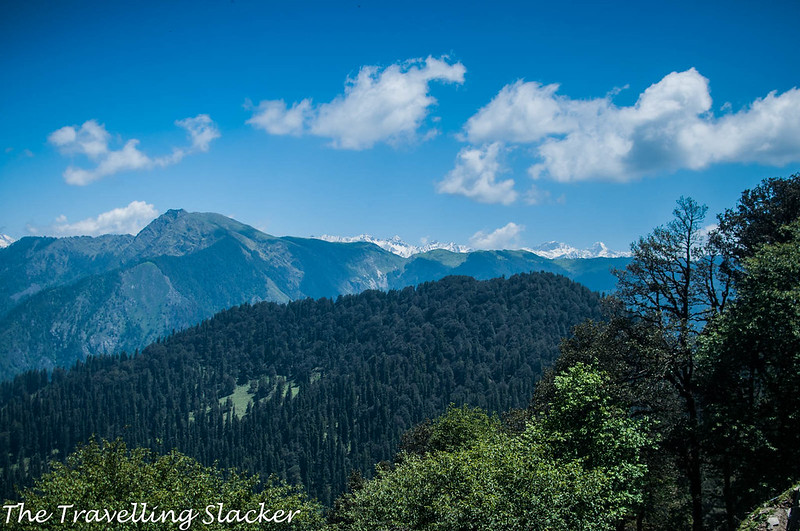 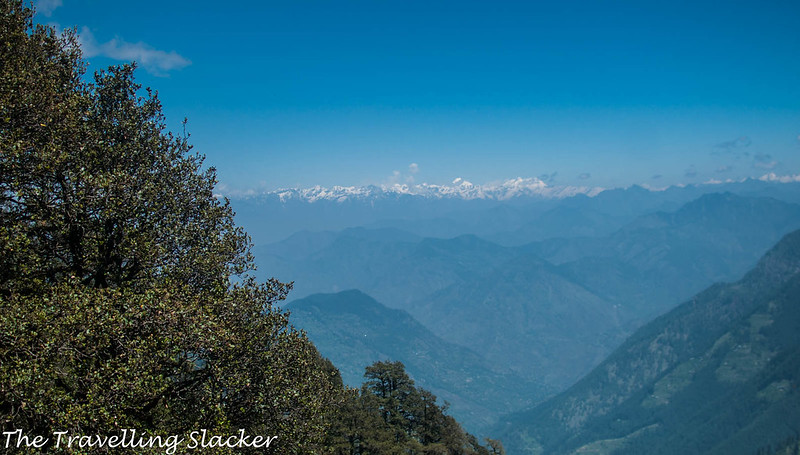 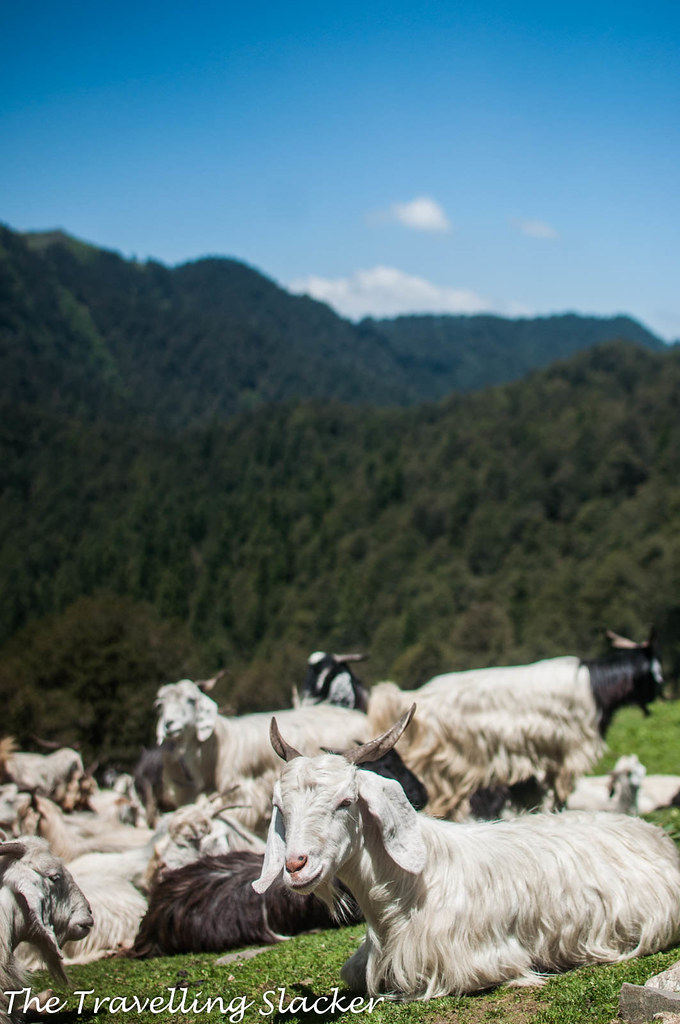 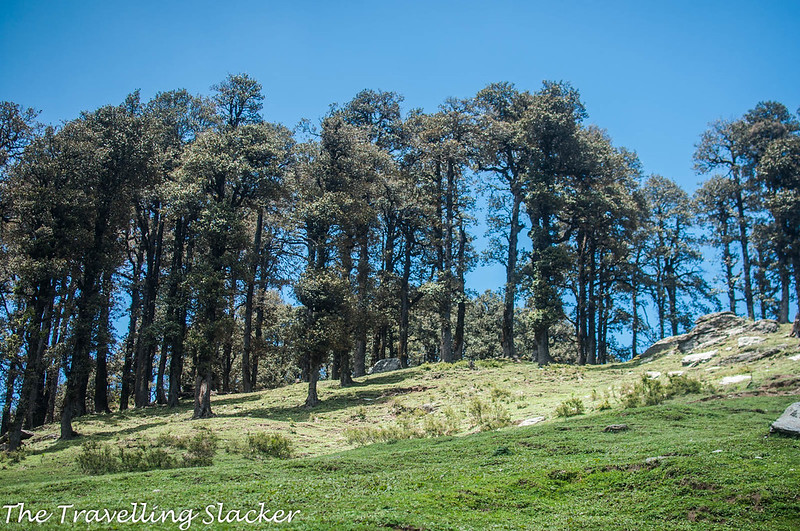 Although everyone calls it a lake, it is more of a pond, with a temple overlooking it and also with a few small eateries leading to it. The temple is dedicated the Mata Budhi Naagin (Literally… Mother Old Serpent). I could not find out much about the mythology related to it though. I have seen more exotic high altitude lakes. But on a clear day, the transparent water and vibrant reflections did offer some decent frames. I talked to a few locals. apparently one can go further from here and there are routes connecting to Bashleo Pass that I had visited before. 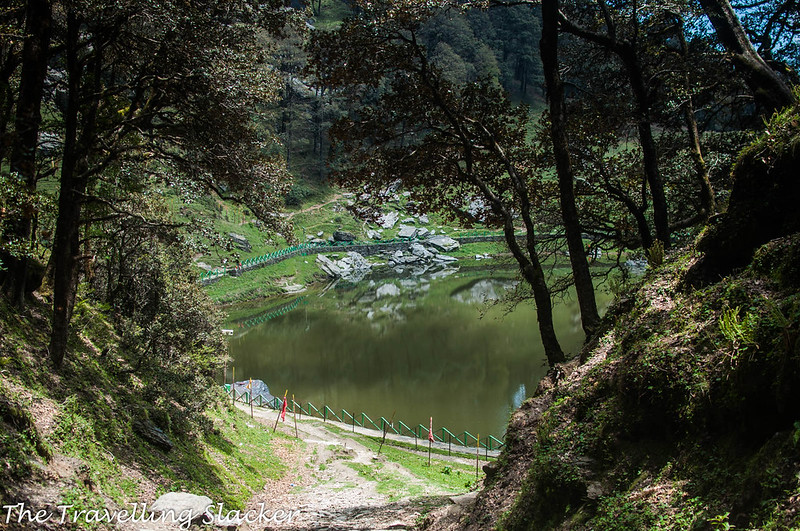 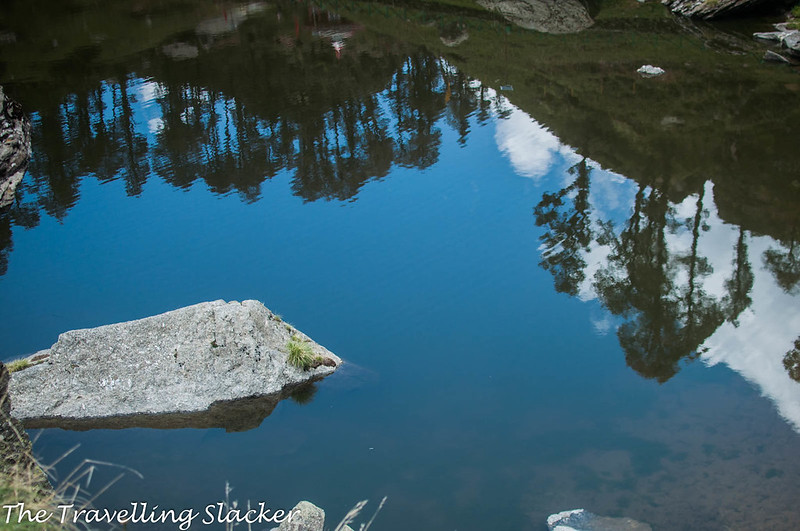 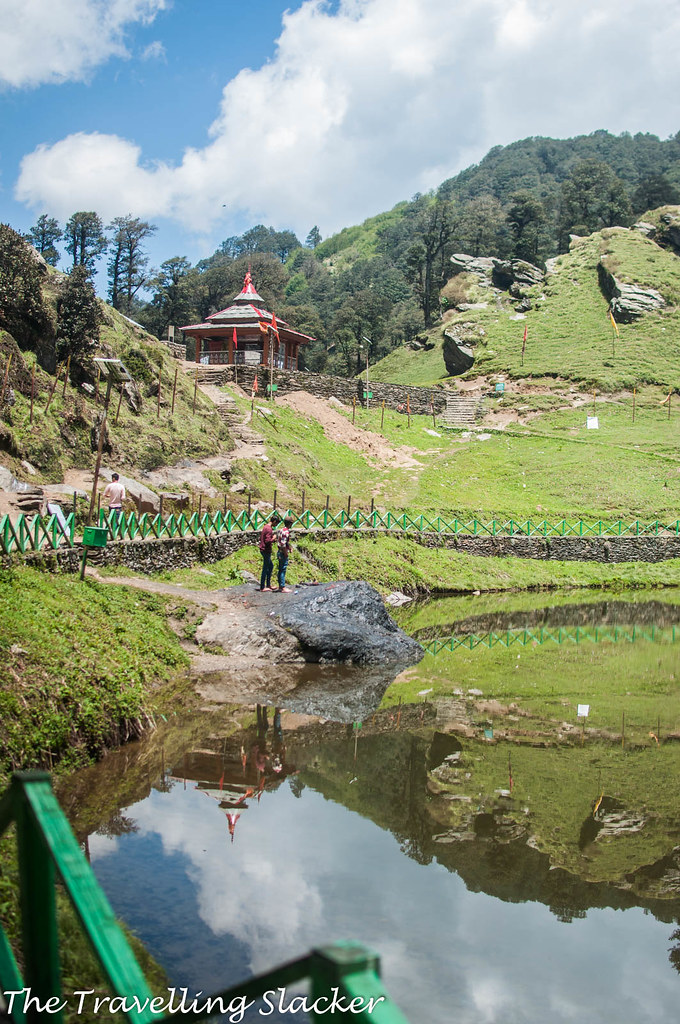 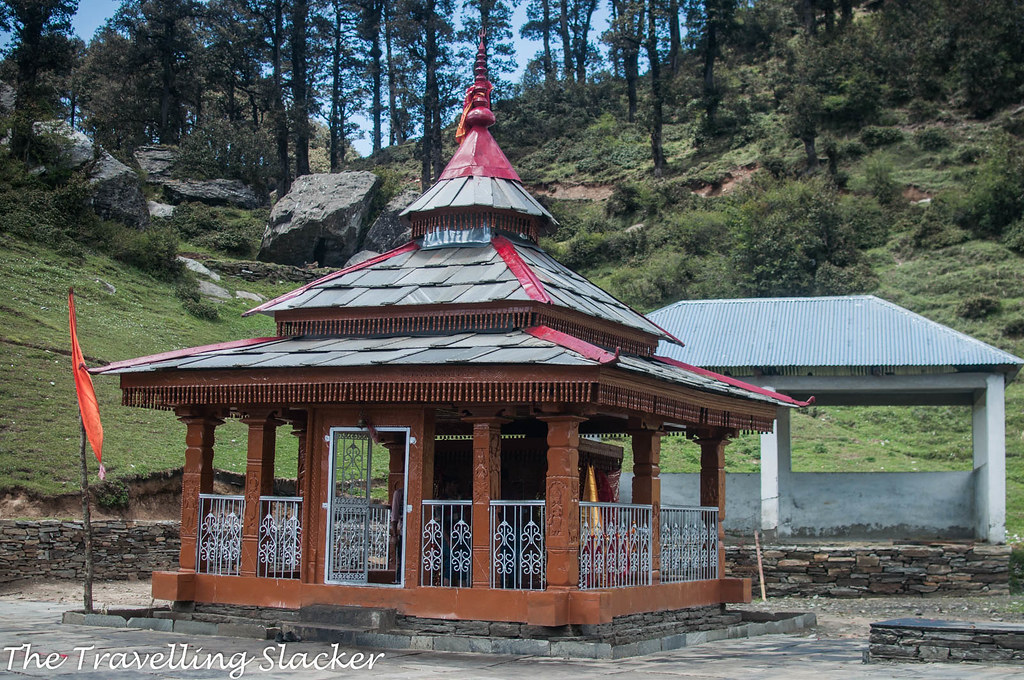 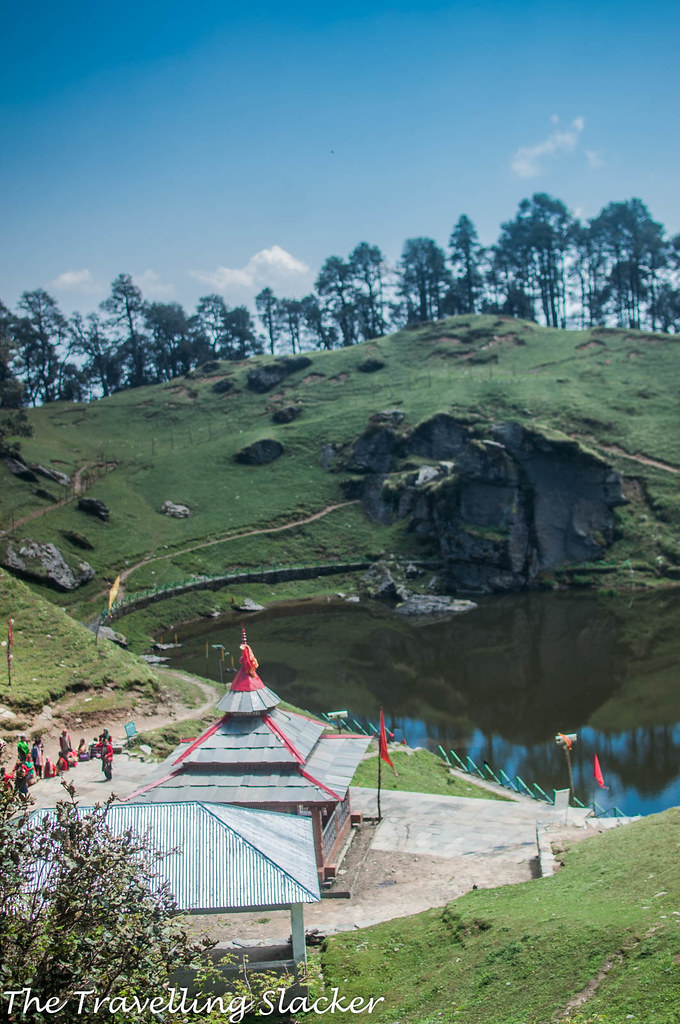 The Trek did not last long to be honest. So, in an effort to make it longer, I tried to find a different path for return. I altered the jungles but started walking parallel to 4th he main trail. Initially it was rewarding as I came across a couple of other hidden lakes or rather puddles just behind the main lake. 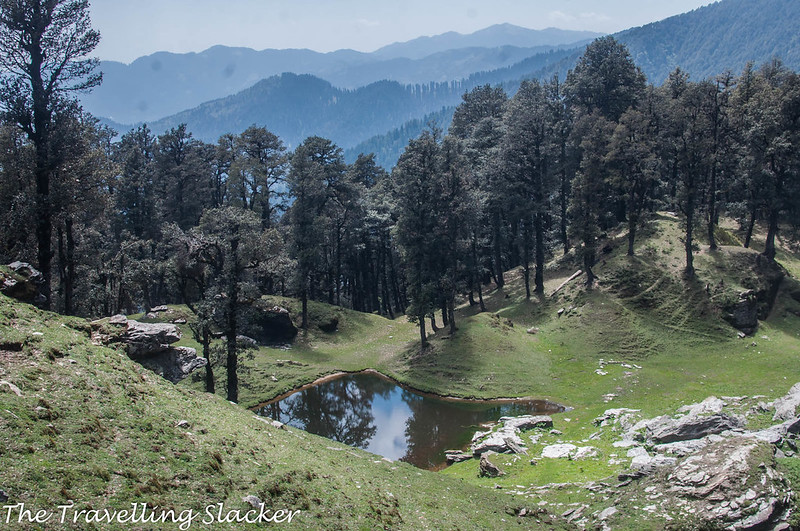 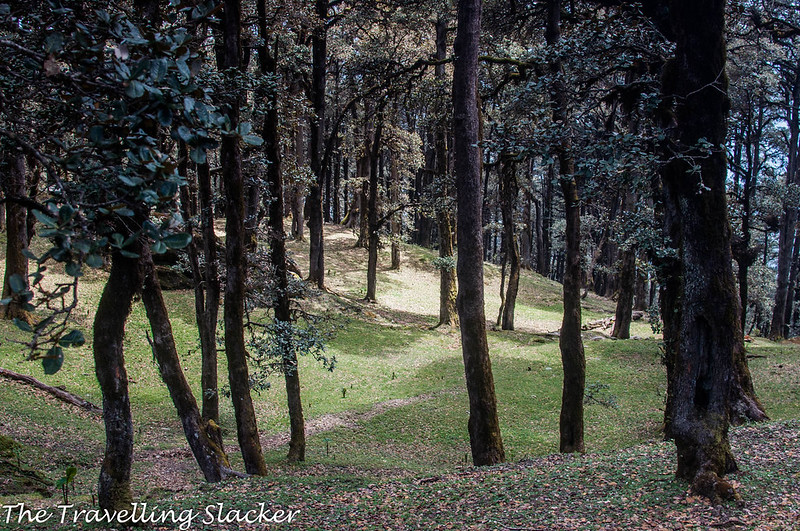 However after a while I am going tired denser jungles and could no longer locate the trail. I could have at sounds from the main trail through the jungle but there are as visible route. I did not want to go back to the lake so I started descending sideways in an effort to reach the main trail. After a while it was no longer possible to just walk and I had to use my hands too. Without getting into the embarrassing details, I can say that it took around d half an hour to cover that 100 meter descent and reach the main trail again.

The ended with some good food at one of the Jalori dhabas. I have made more rewarding walks but it was an unfinished business from last year and now I have managed to complete it.

1 thought on “The Serolsar Detour”