Khangsar is a quick detour from Keylong although not everyone goes there. Even I hadn’t visited it during all my previous Lahaul visits but last year I finally managed to visit it. Due to various personal issues as well as external situations, I have barely travelled of late and running out of content. So, let me turn this quick visit into a short post. 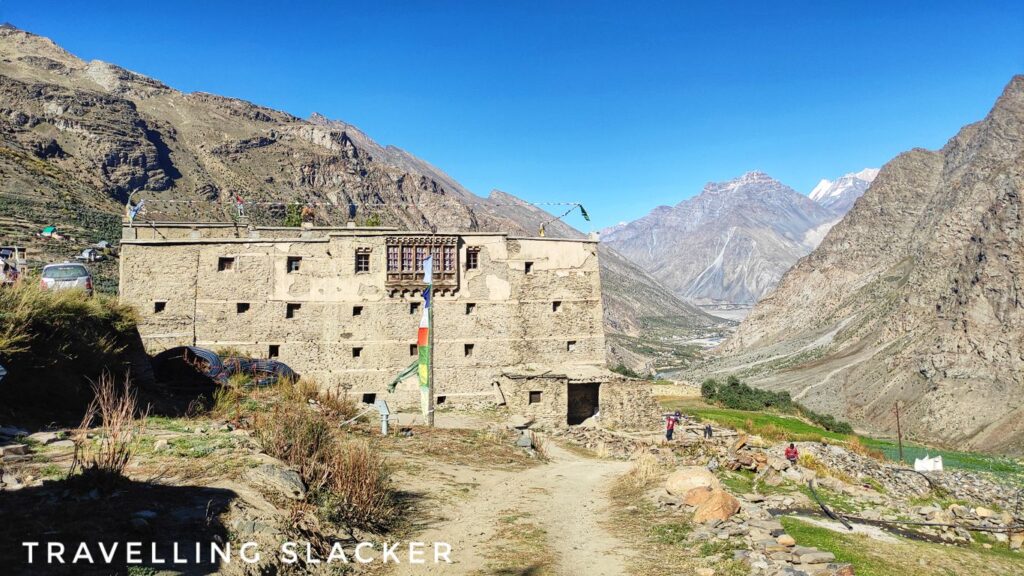 Khangsar Khar is basically a large, multi-storied building that is more than 200 years old. It can be called a citadel, fort, or palace, depending on how one looks at it. The edifice has 108 rooms and was clearly built for residential purposes. It’s currently not in use but some renovation works are going on.

If you are struggling to understand the origin of this palace in this area, let me just tell you that it was built by one of the most influential families in Lahaul back then. Even when the British occupied the region, they swore allegiance to them and remained de facto rulers in this region around Todh Valley (upper areas of Lahaul northwards of Keylong and towards Jispa). The family originated from nearby Kolong Village.

As it usually happens, the influential families in various regions intermarry. Rani Parvati Devi Deskit Wangmo, one of the prominent family members, married into the Ladakhi royal house. Later, she joined politics and became a Member of Parliament. She played an instrumental role in founding the Namgyal Institute For Research On Ladakhi Art and Culture (NIRLAC) is a trust established in 1985 to develop research and preserve the culture of Ladakh and adjacent areas such as Lahaul. 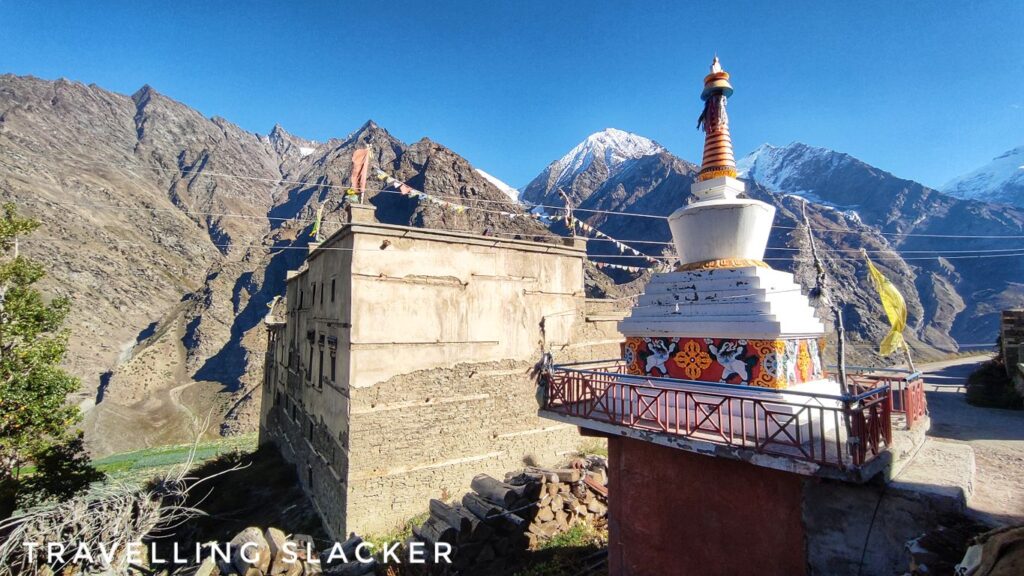 Khangsar literally means “a new home” in Tibetan. It’s always been a center for socio-cultural activities for the locals. Although it’s currently not in a good shape, the winter and summer Chozdpa festivals are still organized here. The festivities involve masked dance performances and other rituals. After a gap, the festival has been revived by the joint efforts of the local community and NIRLAC.

We drove quickly to Khangsar after visiting Gemur. We were at a homestay in Gondhla and took the help of our homestay owner to show us around a few places. The location is what you’d usually expect in this region, especially the nearby Shashur, Tayul, and Bokar monasteries that have similar diversions that rise higher up and offer great views of the upper Bhaga Valley. 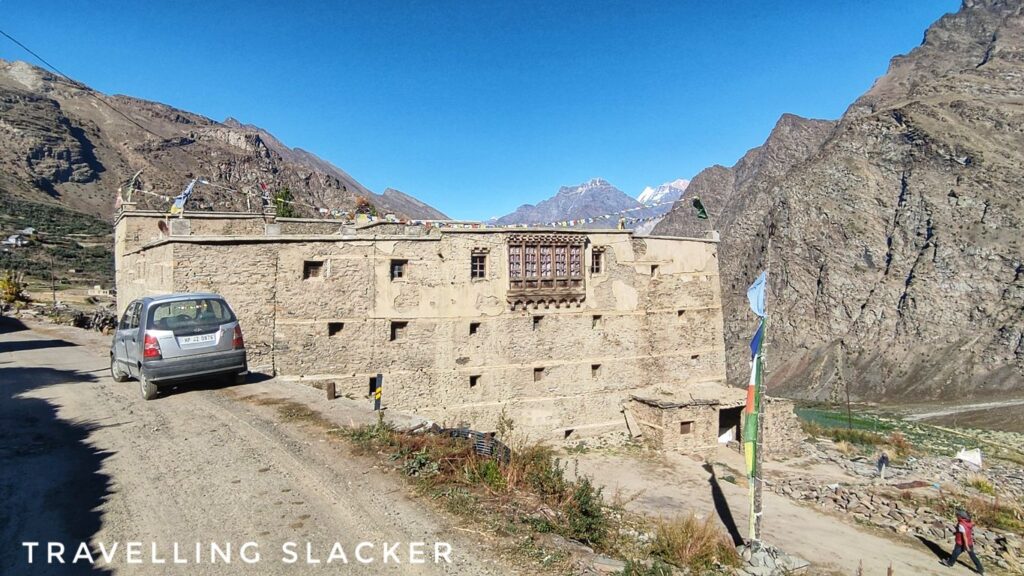 The palace is not in use now but some renovations are going on, so, maybe it’ll come back to life in ten future. It overlooks the narrow valley on the banks of the slender river, with giant snowy peaks in the background. A village is built around it and the locals were busy tilling the land with Dzomos. 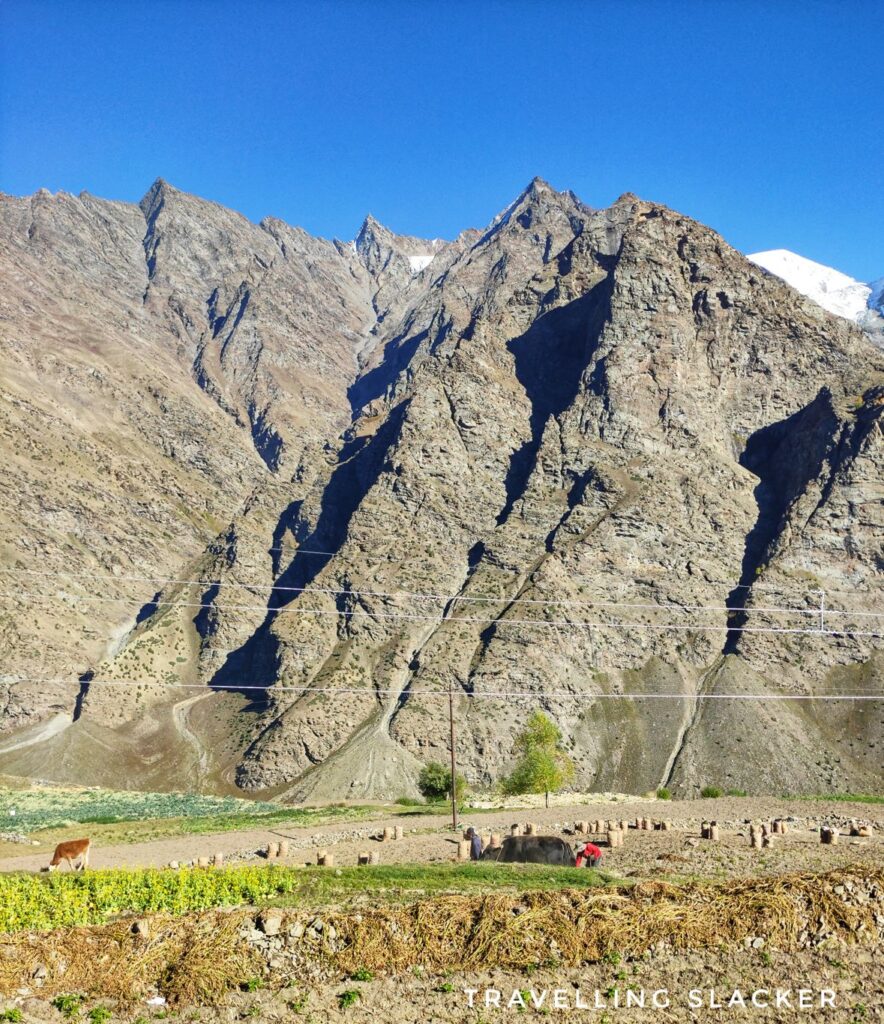 We only found a few labourers working at the palace. They said we can go inside although not all the floors are accessible. Some floors are practically underground and very simply lit, including what looked like the kitchen. 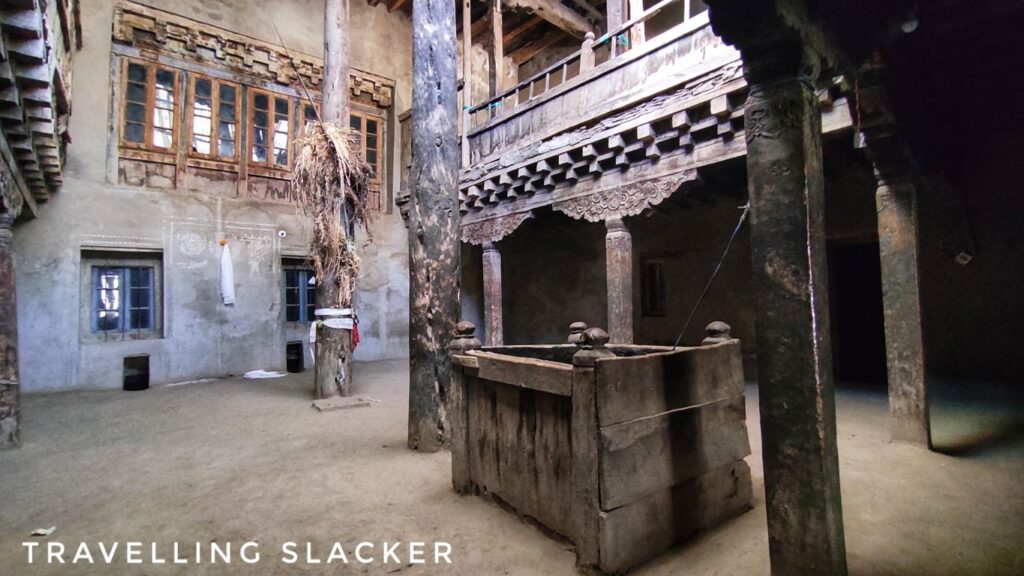 We climbed up a couple of stairs and found the upper floors with better light and better views through the windows. Nevertheless, the structure, as well as the emptiness reminded me of the iconic Leh Palace, which is also no longer in use. Royals of Ladakh moved to a comparatively newer Stok Palace, including the aforementioned Queen Mother. 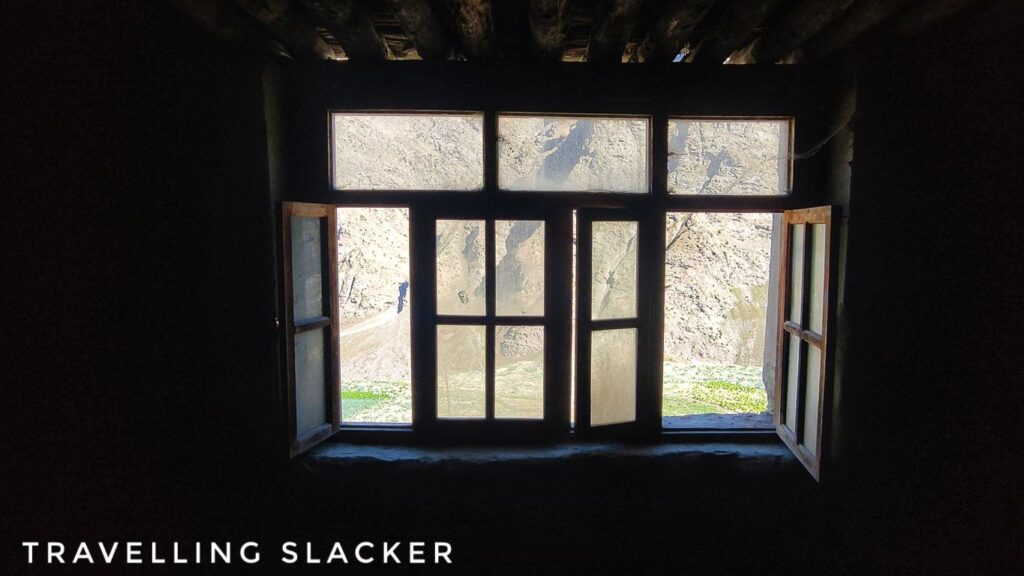 We spent around an hour there and returned. I guess, more could have been done here but it was a very quick visit for me. Attending a festival here will probably be more rewarding. Anyway, Lahaul has much more to be explored, so I will have to return again.

Khangsar is located at a short diversion from the Manali Leh highway, around 27 KMs from Keylong and around 3-4 KMs from the highway. The diversion is easily visible and is somewhere after Stingri but before you reach Gemur. The roads are smooth now and the route is full of hotels and Homestays, so it shouldn’t be an issue.