Finally, I did a trek in the Western Ghats! After spending so much time in Bangalore on different occasions, I have finally managed to do a trek in the Ghats. Although I was not in my best shape, a few months in Bangalore had already taken its toll on my health, I almost reached the peak. Also, I did not do one of the more famous treks but I managed to do the Nethravathi Peak Trek is located somewhere in Chikmagalur area, in the same range as the more famous Kundremukh, but is lesser-known known and I have not seen any other account of this trek.

One of the reasons I have never trekked in South India is that it lacks the carefreeness of the Himalayas. Most treks require some permission from authorities and information available is not detailed enough (Bangalore bloggers need to trek more). The closest I came to trekking in the Western Ghats was when I visited the Kas Plateau near Satara and walked along the highway giving up the bus… that was back in 2012.

So, I contacted Vishwanath of Summiters, a trekking & adventure travel company, and he told me that he is taking a group to the Netravathi Trek and there is still a seat or two left. I opted in quickly and the trip started from Bangalore on a Friday night. Overnight bus rides are not something I enjoy as I can barely sleep and it leaves me sleepy for the next day. However, I had to do it this time. The bus slowly crossed towns like Hasan & Belur, to eventually leave the plains and enter hilly areas of Chikmagalur district. The first town we reached in the hills was Kalasa, a place I had heard of before, maybe because people pass through it for many other treks in this region. It was almost morning as we crossed this place and the roads also seemed to be a bit bumpy after this point.

We entered a stretch dominated by coffee and tea plantations and finally at around 6 AM, we reached our homestay in Samse, a small village right in the middle of a tea estate. Not sure about others but I at least fell asleep for an hour or so, before I was woken up for breakfast, which was a heavy, rice-based one necessary before a trek.

The trek started at around 9 AM. We walked initially through tea gardens before taking a downward diversion till we reached the main village and I was immediately struck by a strange sense of Deja Vu. This neat village lined with betelnut trees looked too similar to some of those neat Khasi Villages such as Mawlynnong and Nongriat.

There was the hill on the left but on the right, I was seeing some excellent rice terraces. Some people will be reminded of SE Asia seeing these while I was reminded of Nagaland and Manipur.

After around an hour of walk along this road, which was actually motorable, we were suddenly told to abandon the road and hike upwards along a narrow trail. The upward hike lasted barely five minutes and then we started going downhill and quickly reached a small waterfall.

After crossing the stream below the waterfall, we started upward hike again and very soon, the higher peaks made their appearance on the horizon. I was surprised by how similar they looked to the hillocks of Dzukou Valley and to some extent, even Shirui Hills, and even the trail here felt like the final stretch of Dzukou, with a straight path along the edge with clear view of the peaks in front of us.

This continued for a while till we reached another small stream and crossing it was a bit tricky. The rainy season was over already but the current was still strong and the stepping stones were slippery. Most people ended up slipping at least once and soaking their shoes.

After this crossing, suddenly we were staring at a steep green wall in front of us. It was the final stretch, a steep ascent to the Netravathi Peak! The trail was covered with long and thick grass, making the path rarely visible. It is also noteworthy that this is a new trail, frequented by very few people. This is why vegetation is rampant and the trail is faint. This is a classic Shola forest, exactly what I had imagined.

So, the next 30-40 minutes were spent gradually reaching the top and clicking the photographs. I actually gave up a few yards before the peak. The sleepless night was taking its toll. Apparently one can see Kundremukh and other major peaks of this region from the top. I simply clicked whatever I could and even I could see some peaks on the other side which no one could identify. But the best thing for me here was an endemic and seasonal purple blossoms dotting the grasslands. I don’t know the name of it. If someone knows, please drop a comment below.

Spent around an hour at this point. Some people went beyond the peak and tried to reach other peaks. Some others just relaxed and soaked in the view. Finally, we had our packed lunch and started our return hike. We were at the homestay by 4.30 PM and later that night, we enjoyed some good food.

The next morning we had a good breakfast of neer dosa and kadubu and started our return journey. But this was not before we stopped at a tea garden for buying local products and then at a place called Magundi for rafting on river Bhadra, although I did not participate in it. Nevertheless, the tea garden offered some of the most delightful frames and ended the trip on a satisfactory note. I think I will return next monsoon in this region, with more time in hand for slowly exploring the Western Ghats.

Where exactly is the Netravati Peak located?

Can You Suggest a Tour Operator for this Trek?

I did it with and can recommend Vishwanath of Summiters Adventures for this trek.

Do we need permits for Netravathi Trek?

Well, this is a new development. There was no need for permits when I visited but now you have to get a permit and pay a fee. The fee also keeps fluctuating (officials are yet to make up their mind). The last I heard, it is INR 575 per person but that may change too. Apart from that, there has to be a mandatory local guide with any group that costs INR 1000. Also, there are hefty camera fees. Your trek operator like Summiters mentioned above can handle the formalities and get the permits for you.

Which is the trek Starting point?

The starting point is a small village called Samse, located amidst tea plantations. While this is located in Chikmagalur district, you don’t really have to pass through the town of Chikmagalur (which is a popular hill station). The route from Bangalore generally passes through Hasan, Belur (known for the archaeological sites of Halebidu & Belur), Kalasa.

From Bangalore, you should find overnight buses to Kalasa (310 KM/ 6-7 Hrs) which is a small town. Samse is around 10 KMs from Kalasa and you should find some local transport or buses from Kalasa. Of course, I was travelling with a group on a hired bus so I did not have to do any of that.

Also, in case you need to know, the nearest major train station is Hasan and from here you can find local buses to the interiors.

Samse is the base for this trek as mentioned and we stayed in a nice but nameless homestay that was fixed by Summiters. However, I have seen small lodges in Kalasa town and if you are going yourself, that can be the base for you.

Do I need any permission for Netravati Trek?

No, as of now it does not require any permit. However, probably this is because this route is not very famous yet. Hope it remains so.

How long is the Nethravathi Trek?

As per my estimates, from the homestay in Samse, we trekked for around 7-8 KMs till the peak and it took around 3.5 Hrs. The return took around 2.5 Hrs.

What is the maximum altitude?

Netravati Peak has an altitude of around 1500 meters.

What is the best season for Netravati Trek?

I did it on the last day of November and while it was still green, the landscape was beginning to dry up. On the other hand, during the peak rainy season (June-July-Aug), it may be difficult because you need to cross a couple of streams and during rains, they will flow at much higher levels. So, my best bet will be the post-monsoon season (September-October). Also, do note that leeches will always be there. I even got them in November. So, carry some salt. 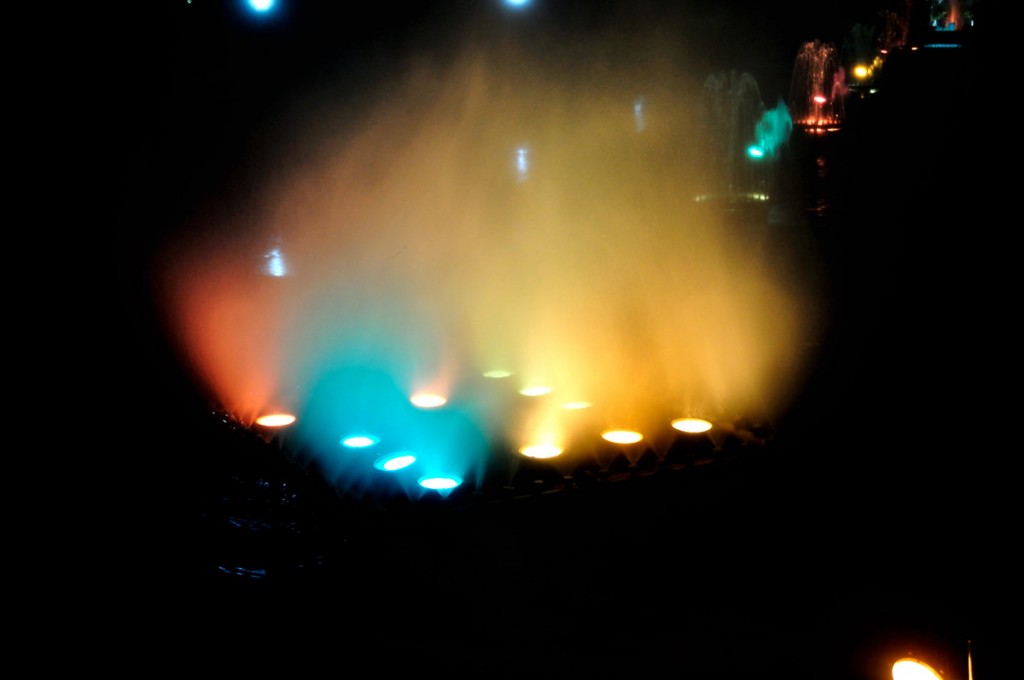 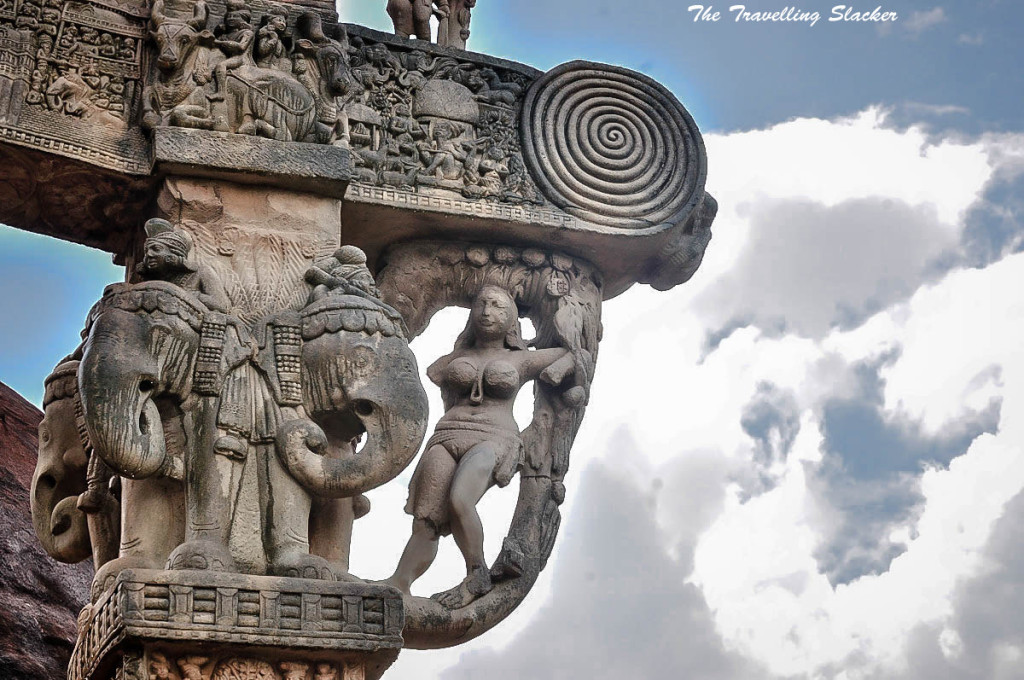 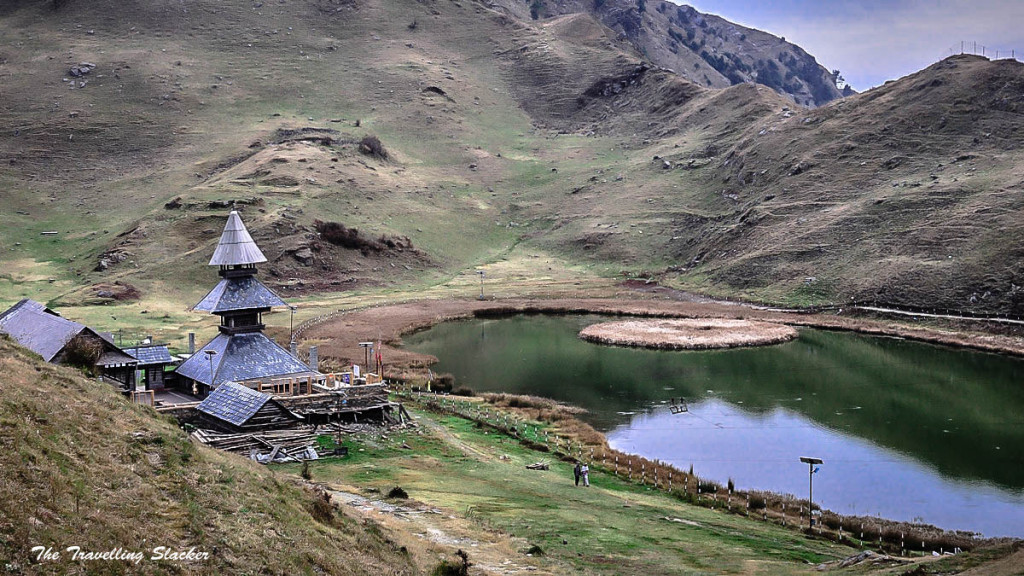 4 thoughts on “Netravati Peak Trek: Serenity of the Shola”