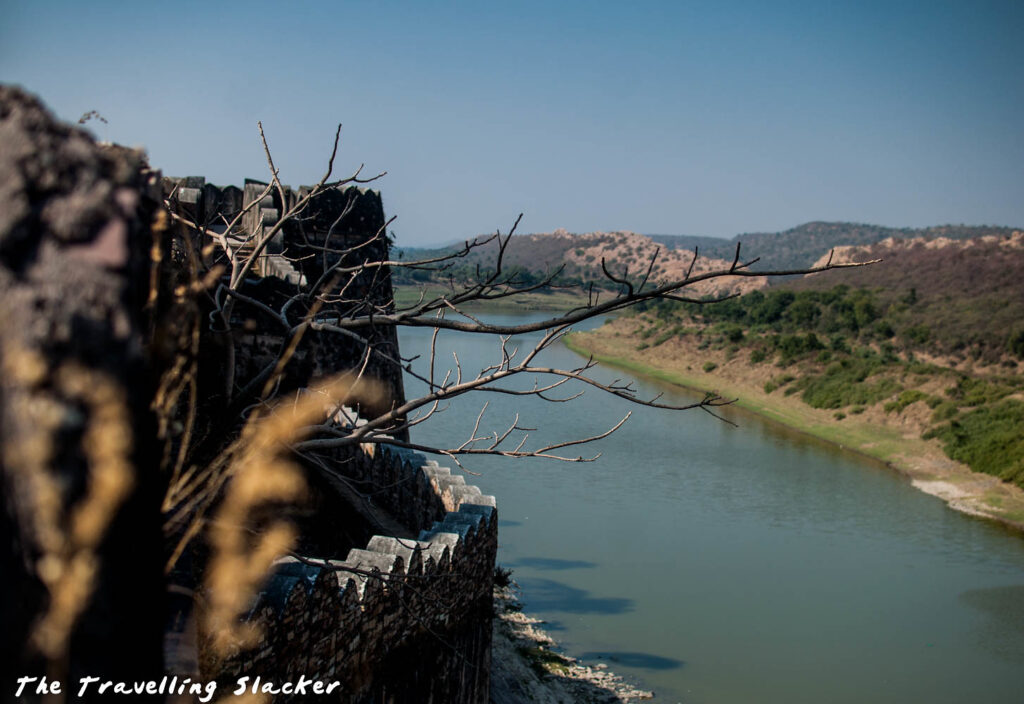 Way back in the noughties, when I was not a traveller, didn’t have a blog, didn’t even have a camera, and had no clue about life in general, I made a trip to Daman with a friend because it was the nearest “wet” place near the dry state of Gujarat where I was wasting a good part of my early adult life. Among other things, I noticed that the river running through the union territory was called Daman Ganga. Over the years, I have come across the likes of Laxman Ganga, Dhauli Ganga, Rishi Ganga and Ram Ganga.

The predominance of Ganga in the Indian culture is such that many smaller rivers are given the suffix Ganga to depict their importance to the local people. However, this made me wonder, what about Sindhu (Indus), the original matriarch of the Indic civilization? Has its memory been totally erased along with those necropolises of Harappa? I used to think so too, but then I came across Kali Sindh. It is nowhere close to the actual Indus but it may be an indicator of the expanse of the early civilizations. However, this is only my speculation and I have no expertise to actually verify the same. 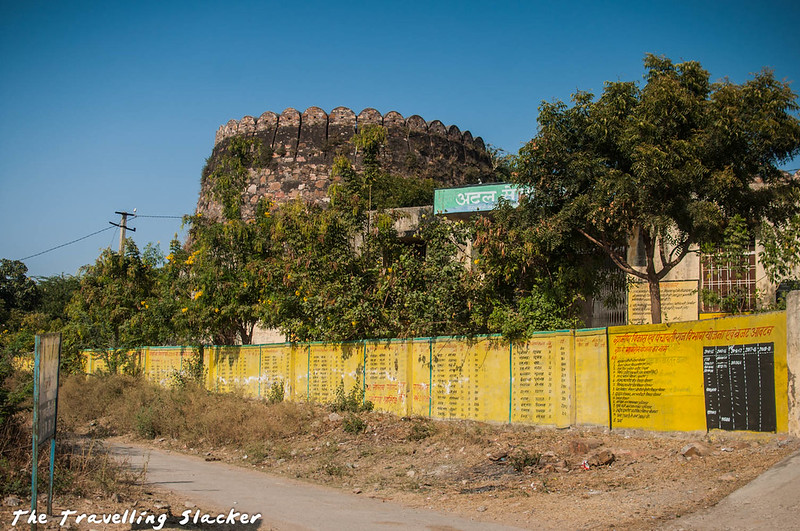 I’d reached Jhalawar after spending some quality time in Bundi during my second trip in the Hadoti region. I did not have much time at hand as I was supposed to cover two major destinations in one day and then rush back to Delhi. In the morning I visited Jhalrapatan (details here) and then started to move towards Gagron which was a few kilomtres away from Jhalawar city. Autorickshaws could be hired but I choose to walk as usual. The road was mostly empty and the hour-long walk was eventless. 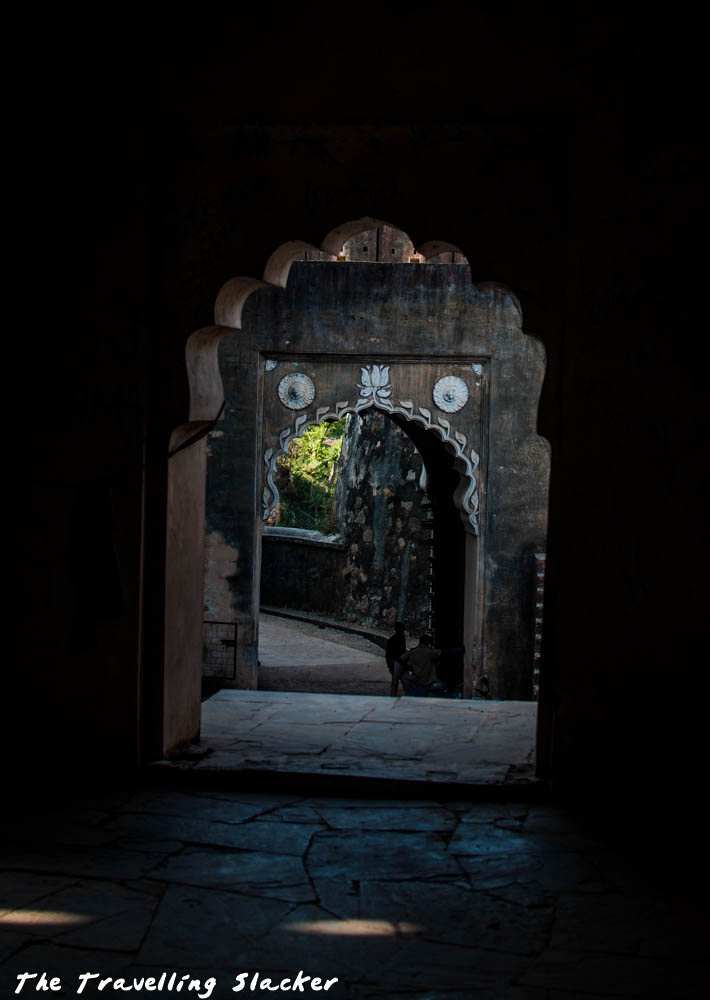 After an hour of work the bastions of the fort became visible at a distance. I also realized slowly that Kali Sindh is not the only river here. The fort is surrounded by two rivers, Kali Sindh and Ahu. Both of these merge with the Chambal, so I was not surprised by their austere beauty, comparative desolation and clear reflections. In that sense, it is an impregnable fort protected by either rivers or hills on all sides, making it extremely difficult to overcome. 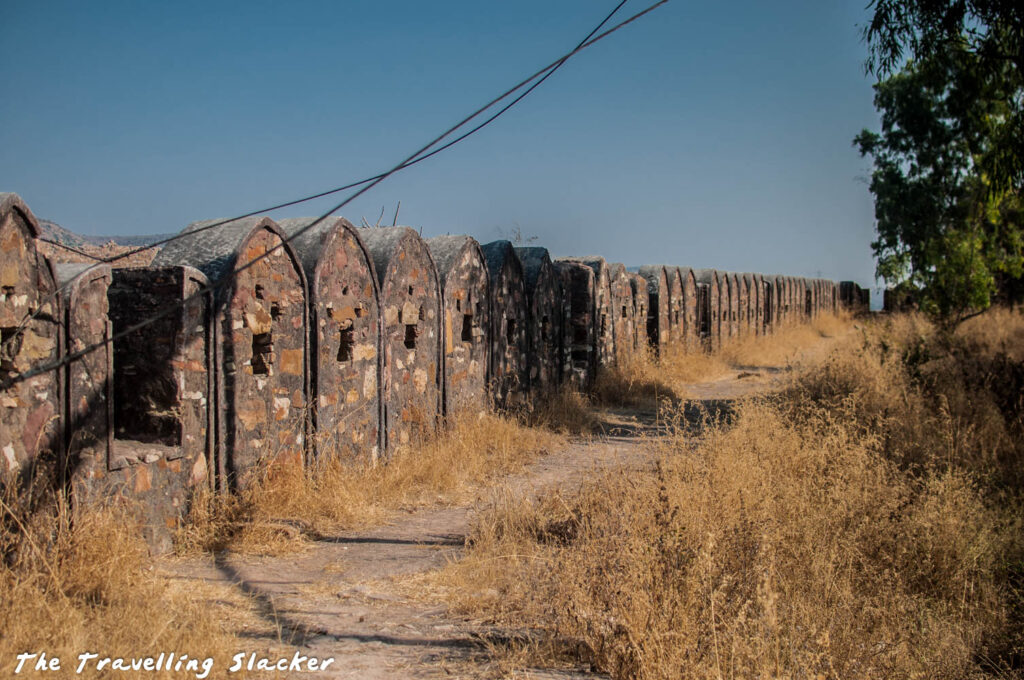 However, it was surely overcome a few times, leading to Jauhar (self-immolation) of brave Rajput women upon the fall to avoid defilement at the hand of the enemies. This is not a scenario I enjoy imagining but it surely gives one shivers. In broad daylight I did not feel anything but surely a more imaginative person can hear screams at night.

There is also a Dargah at the foothills and I had to meander for a while to find the entry point. There were 3-4 people at the gate, responsible for the maintenance of the fort. Unlike other UNESCO forts, there were no guides swarming all over the visitors, no audiovisual equipment to guide them, and in fact there were no other visitors to begin with. Even the recognition is yet to do much for this fort.

I bought tickets and went inside. While the fort is massive, it is mostly devoid of any ornamentation or artistry. It is a fort not built by one person but developed over centuries (8th to 14th) by several occupants. Owing to the aforementioned tragic incidents, I think it is fitting to not have bright colours or graffiti that I got used to in other parts of the Hadoti region. This also makes me wonder why Bundi has not been considered by UNESCO for the same honour. 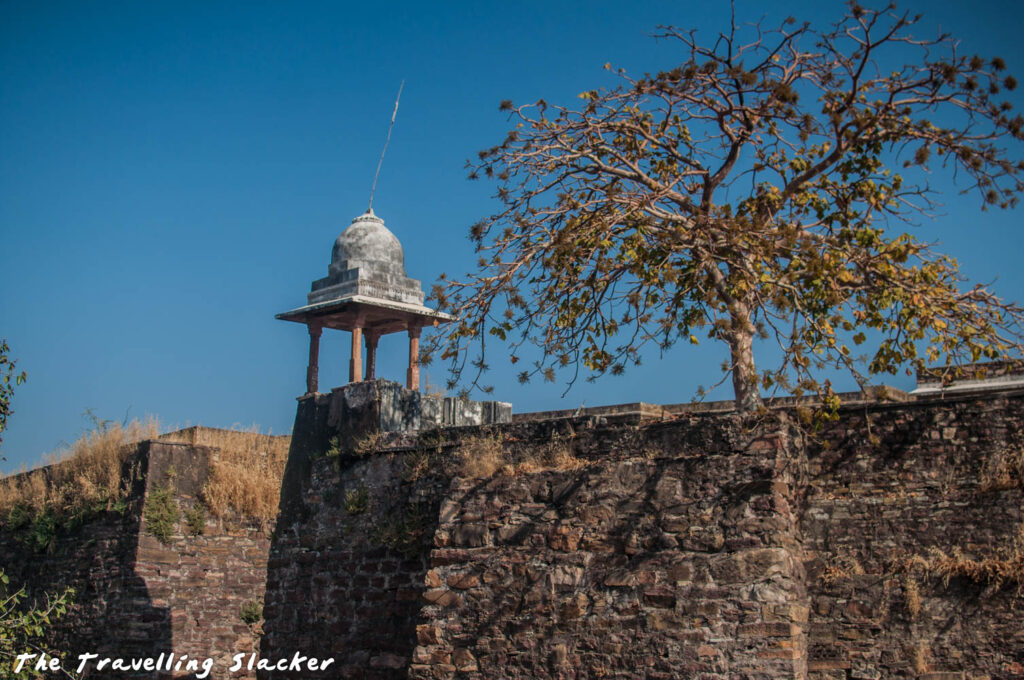 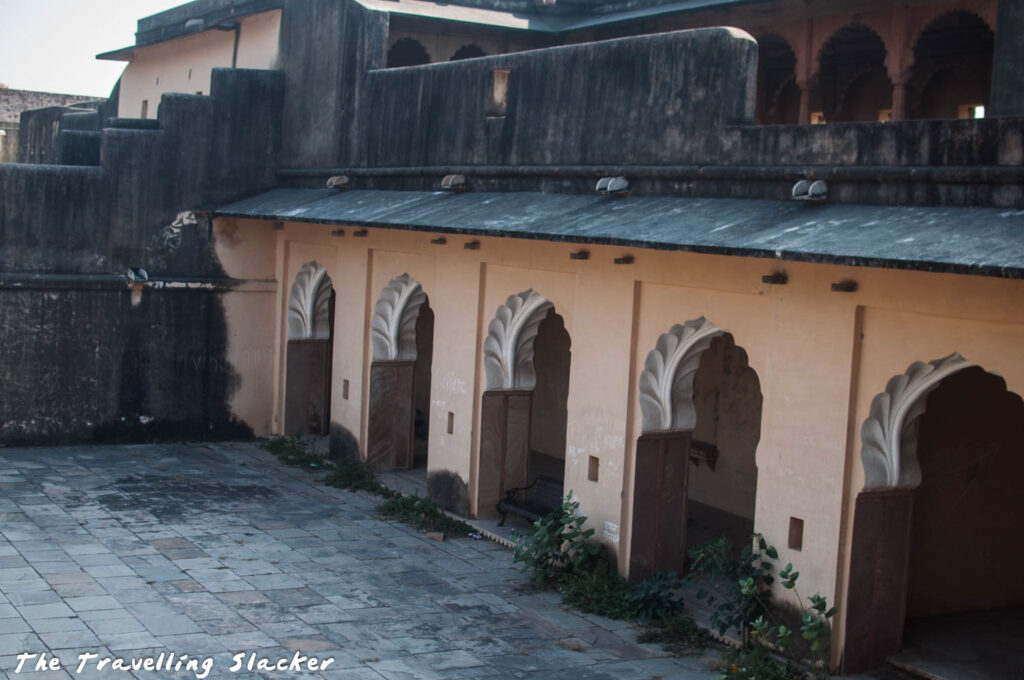 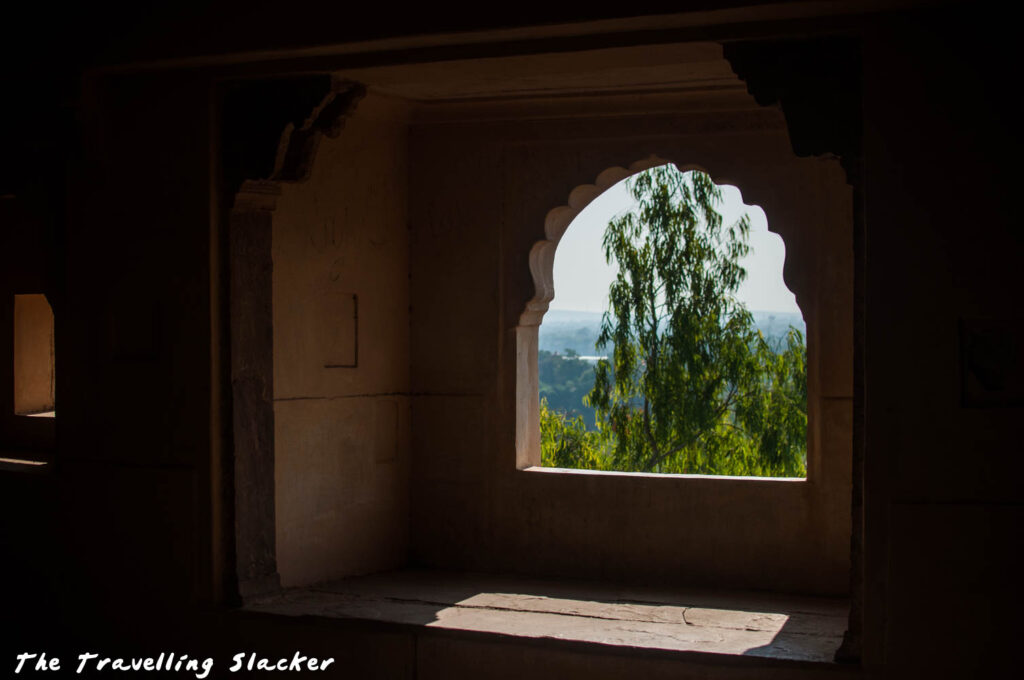 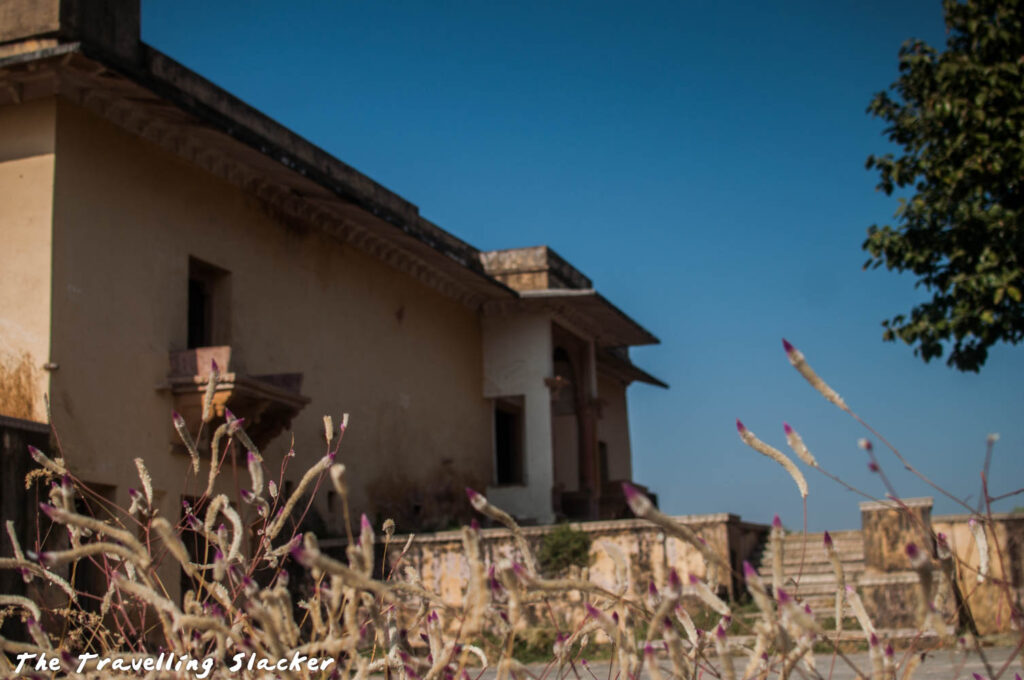 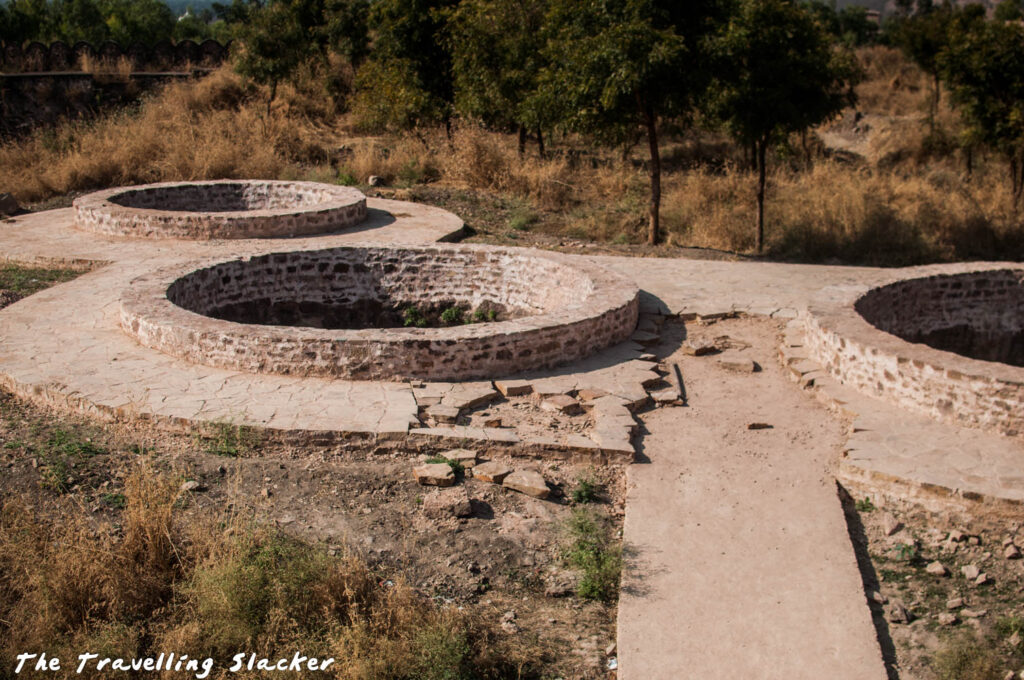 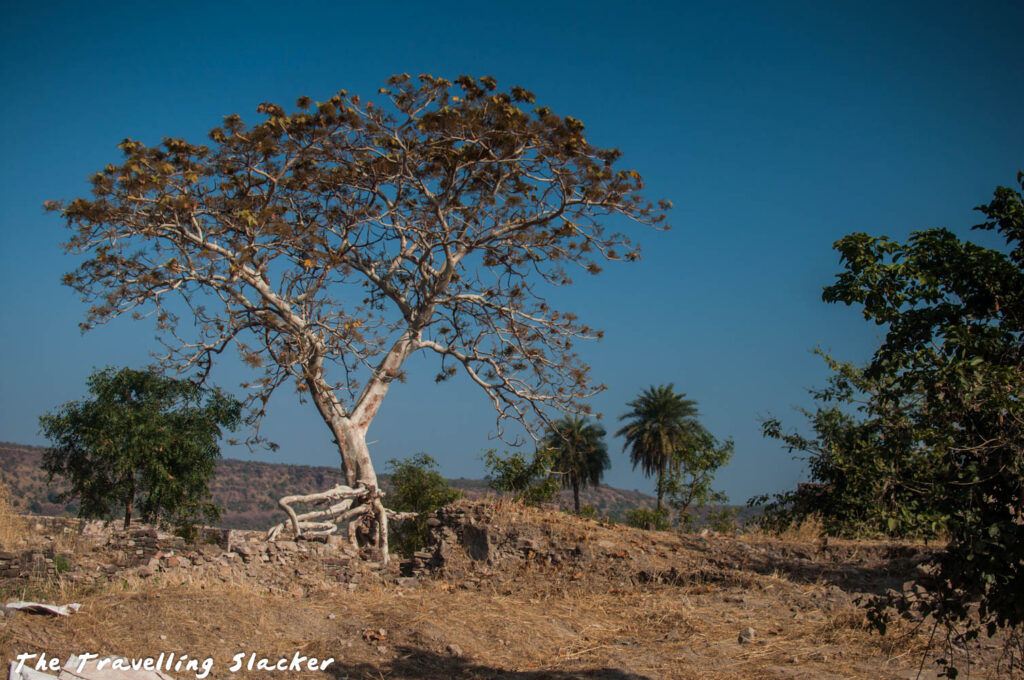 I spent a couple of hours here, enjoying the desolation but unable to extract much information. It can surely to with a bit more documentation and some other facilities to educate the visitors. I also had a desire to cross over to the other side of the river and shoot the fort and its reflections on the river like I did for Bhainsrorgarh but was running out of time.

<
I found a local autorickshaw and returned quickly to Jhalawar. Before leaving the town, I also paid a visit to the Garh Palace and museum. This one actually has some reasonable collections of archaeological riches of the region. Many great artifacts from nearby areas like Gagron, Jhalrapatan, and Baran can be seen here. I should have started from here but anyway, I think I will have to return again.