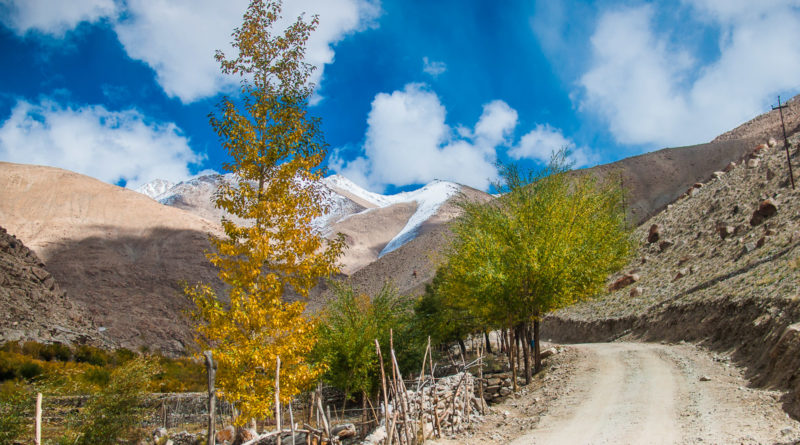 Spread The Love
We all know that fall/autumn brings a lot of colours to certain countries and chasing autumn colours is a pretty popular activity. However the change in colours during this season is not as dramatic in the plains of India. Mostly the leaves dry up and pave way from the dull winter after denuding most of the trees without offering any visual pleasures during the process.
Only the higher parts of the Himalayas in India boasts of the right kind of climate as well as right species of trees to deliver this proverbial riot of colours. Since my intended summer-monsoon trip in Ladakh got delayed (and various other disappointments also occured along the way), I inadvertently ended up here in September-October. The season has more or less ended and the markets now look deserted as I write this blog but this opportunity to frame the fall colours will remain one of the less frustrating aspects of this trip.
However, it was not as easy as it sounds. Due to the scarcity of public transport in Ladakh, I was finding it hard to do things as planned. But I met Leonardo from Italy in my hostel who asked me to join him for a bike trip along the Leh Manali Road, covering some key monasteries like Hemis, Stakna, and Thiksey.

Before you start expecting too much, let me tell you that this is a short post. I have not done such short photo features in a while but this one needs to be done as I have a lot of photographs to spare. A couple of big posts are in the offing but they still require a lot of work. Till then, you can just ogle at the bounties of the Himalayan autumn.

During the trip we also took a diversion going towards a village called Igoo, just ahead of Karu. I don’t know anything else about the village and could not find anything online either. We just rode for half an hour, till the road was smooth, and enjoyed the scenes. Most of the photographs at this stretch were clicked from the backseat of the motorcycle with one hand. So please forgive me for the quality issues (I did straighten some of them).
I’ll write seperately about the monasteries that we visited later. The following photographs are about the road rather than any destination. Apart from the yellow and orange of the autumn, a consistent feature during this trip was the great Indus river in its greenest best. So, over to Indus, autumn, willows, and poplars of Ladakh.
Finally, here is another one. I got it on a different day at Likir Monastery, after I published this post. But it has to go with this post, so I am updating it.

14 thoughts on “An Autumnal Meander along the Leh-Manali Highway”