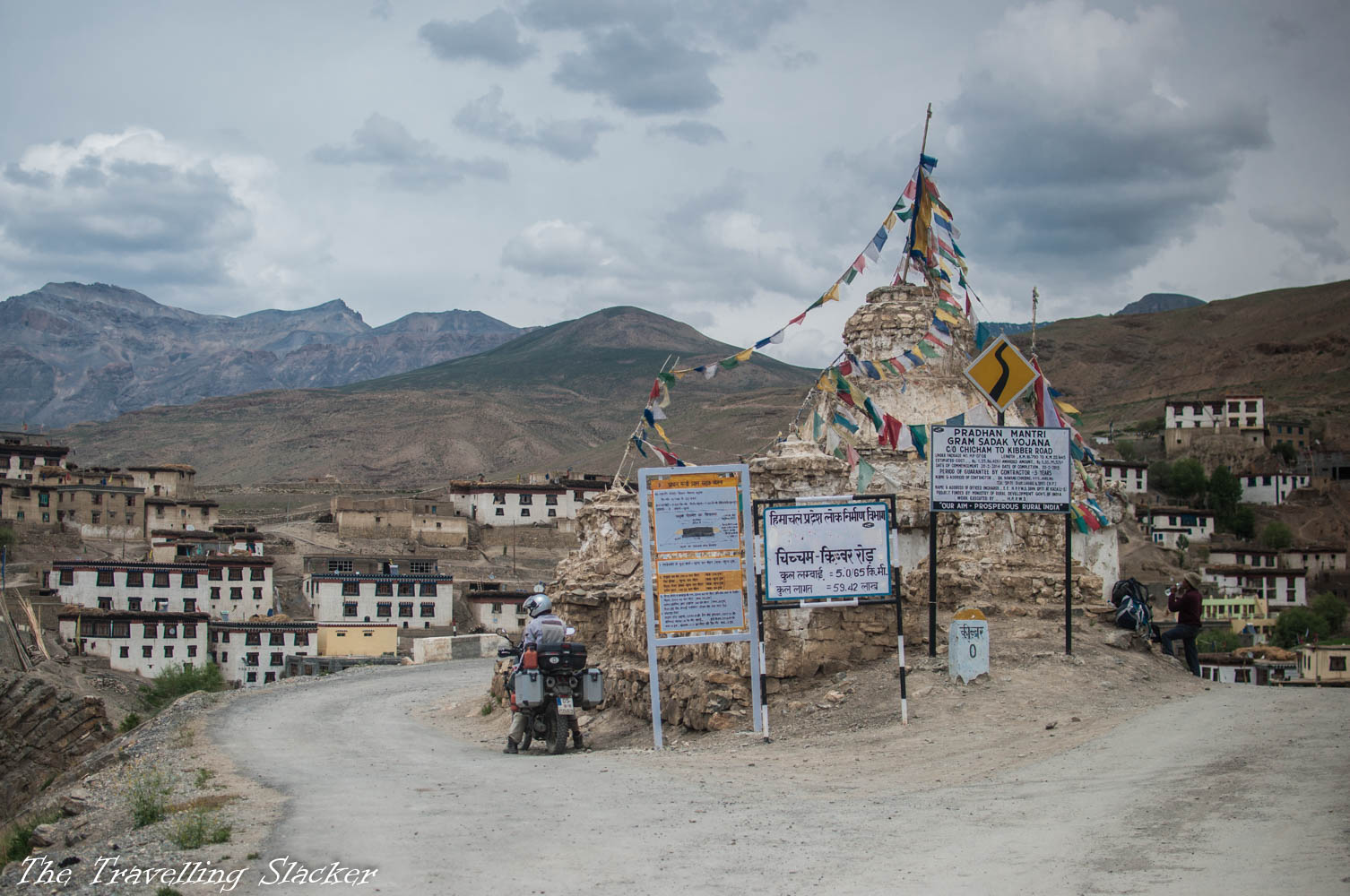 I have heard many things about Acute Mountain Sickness (AMS) ever since I started visiting the Himalayas but I hadn’t experienced the same myself. It is true that I mostly hang around the lower Himalayas where there is no possibility of it. But even on the occasions when I’d gone above 4000 metres, the dreaded symptoms had left me alone so far. But it all changed the day I visited Kibber. 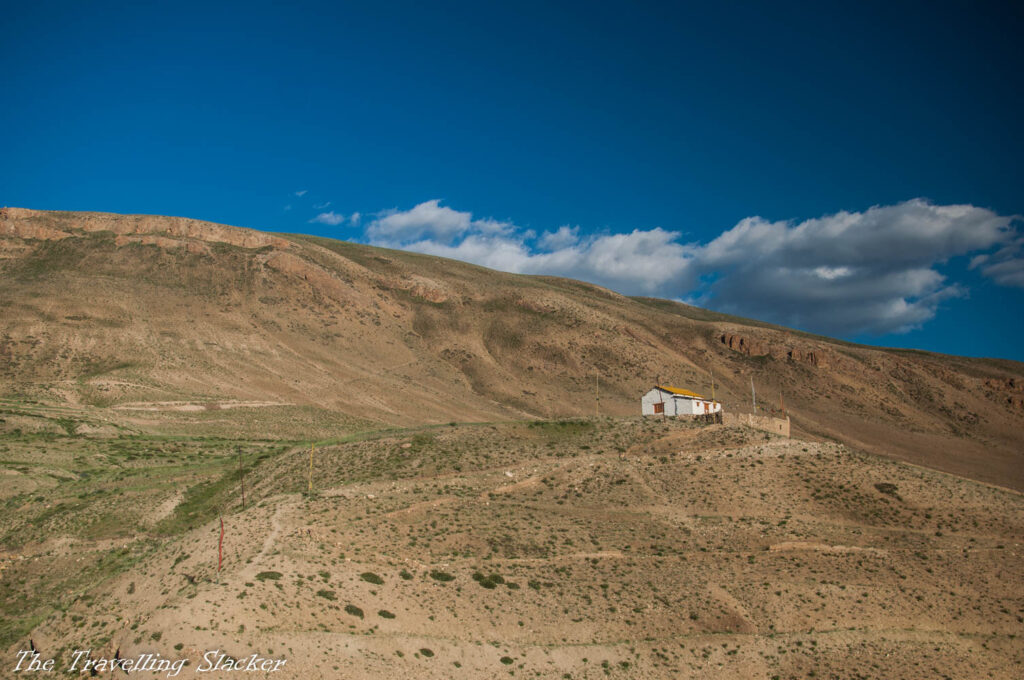 There was a strange sense of anarchy in Kaza the day I arrived there from Dhankar. Most of the local buses were not running and no one knew why. There were many stories floating around in the air. The best one I heard was that petrol reserves got stolen and so many buses were grounded. The next day I tried to get a bus to Kibber but they were still not running. Mike from New York, with whom I trekked to Dhankar, was there too, along with two Canadians and six Israelis, trying desperately to find an alternative. Finally, we joined our forces and hired a car. The cost came to be at around 100 rs per head, so it was mostly reasonable. New, smooth roads have been built all over Spiti of late. Although the main road connecting it to the rest of the world remains notoriously difficult, these inner roads to various villagers are surprisingly smooth. 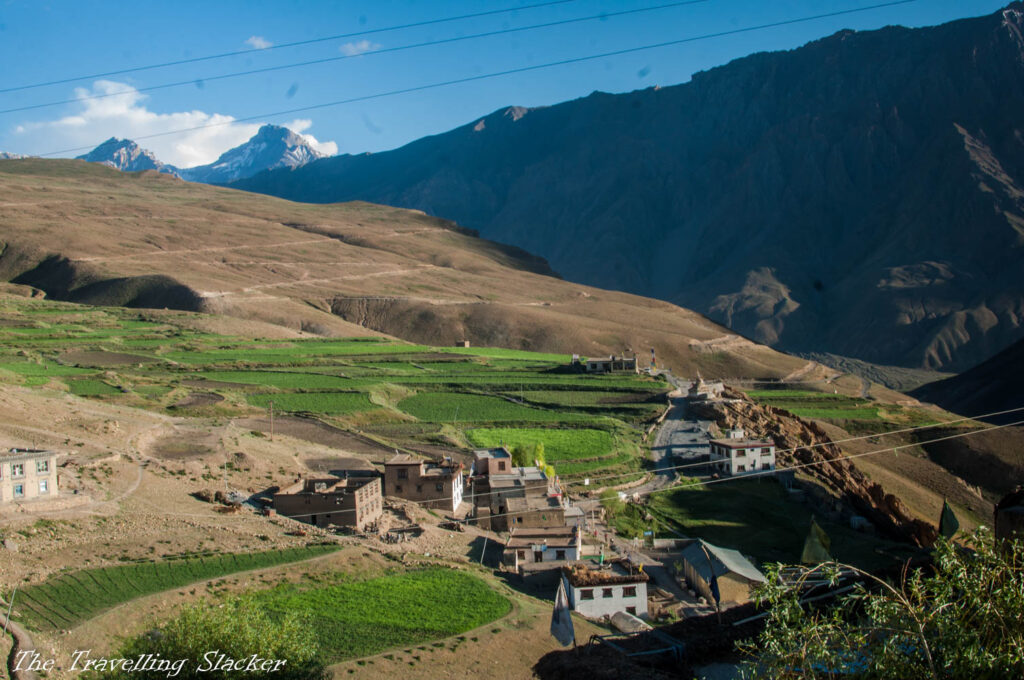 So, the car started soon and rushed past the famous Key Monastery in no time. But as it did so, I was beginning to feel a little awkward, so much so that I was not longer enjoying the marvellous landscapes unfurling in front of my eyes, nor did I feel like taking photographs. It took around an hour to reach Kibber and the touristy party disbanded as different groups opted for different accommodations. Three of us opted for a homestay run by a local family. I just walked behind the other two and let them do the talking. How I was feeling was not easily describable. I wasn’t exactly down and out. I could walk but there was a strange feeling in my head which was the lovechild of dizziness and exhaustion. I opted for a siesta.

I woke up later in the evening and the feeling was showing no sign of going away, although thankfully it hadn’t worsened and no new symptoms had come up. So, I took it as a positive sign and decided to go out with my camera and a bottle of water because I’d read many AMS guides that ask one to remain hydrated in such situations. 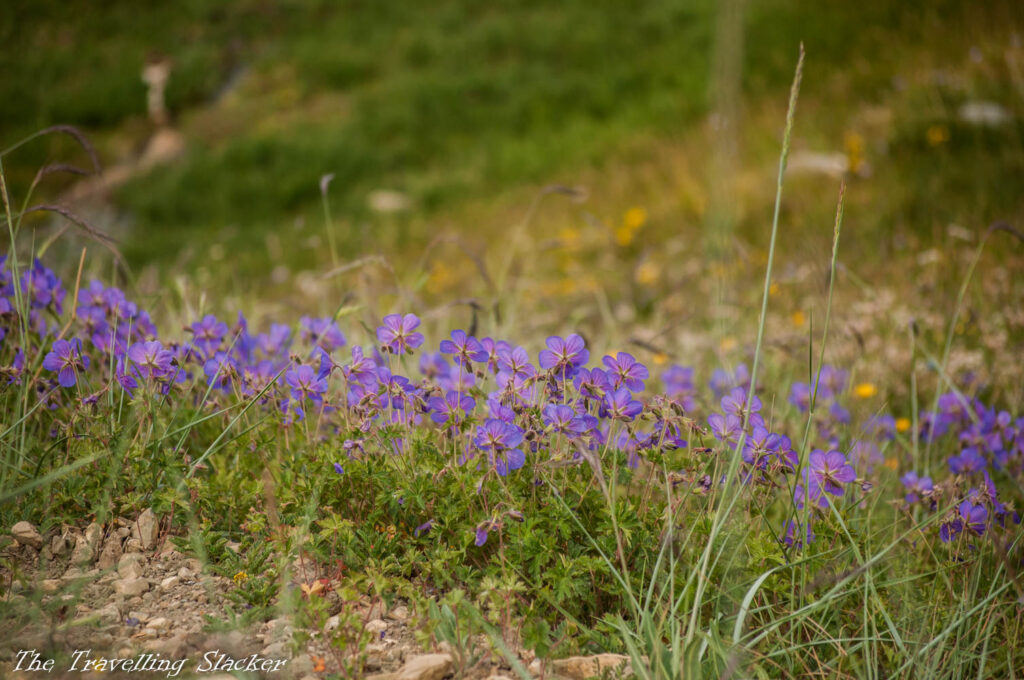 I was requiring respite after every few minutes but could not help but admire the views all around. Kibber, just like all other Spiti villages, is more like an oasis. The dryness all around stand in stark contrast with the ephemeral but lush green cultivations in these villages aided by thoughtful irrigation. 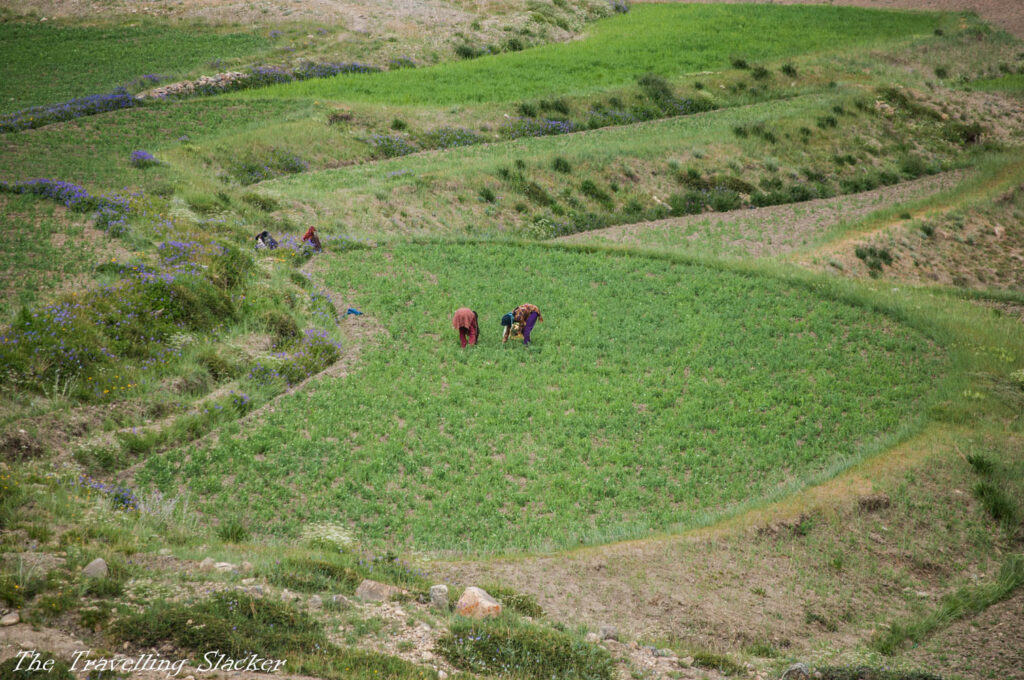 The light was still bright and there was much to see. I noticed a small shrine up one of the hills and walked up there with a lot of effort and realized that it was the shrine of one of the Dalai Lamas or his teacher who passed away here. There is also a holy source of water slightly above it. The water from that spring has magical properties, as I was informed by several villagers. I am really sorry about incomplete and probably inaccurate details as I was not operating in full capacity. I am reproducing whatever my tired mind could remember. The monk out there was helpful and he also let me take photographs inside. 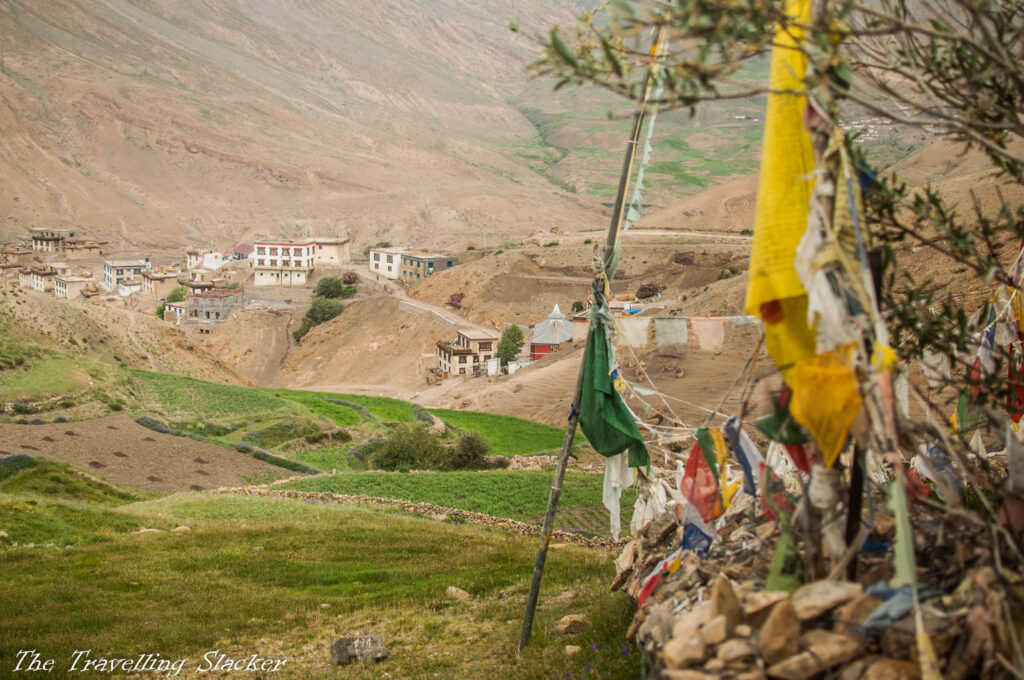 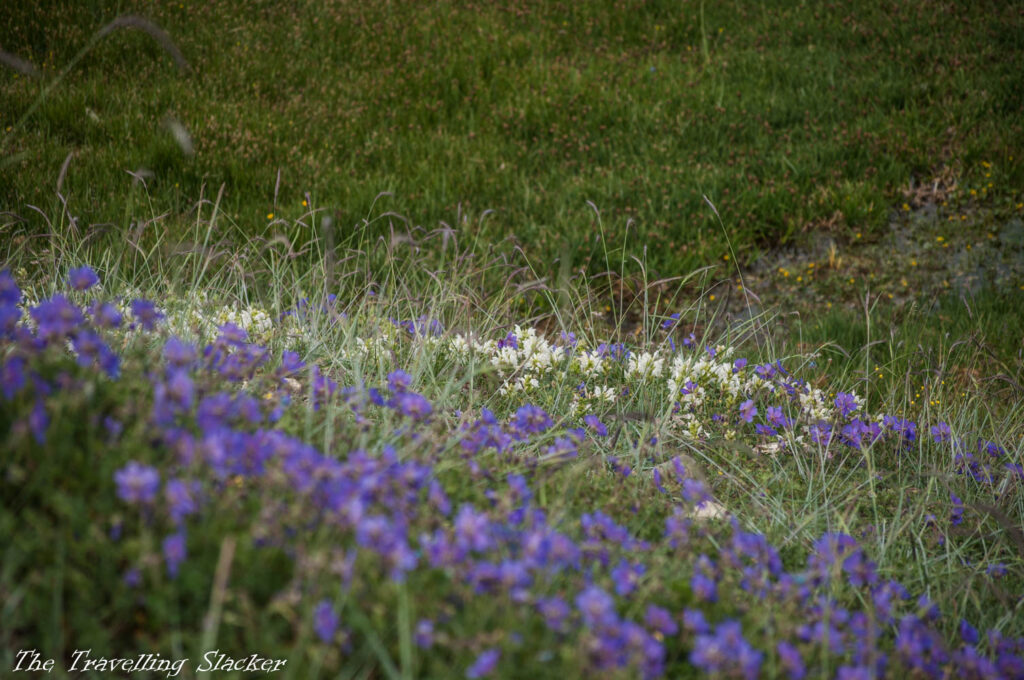 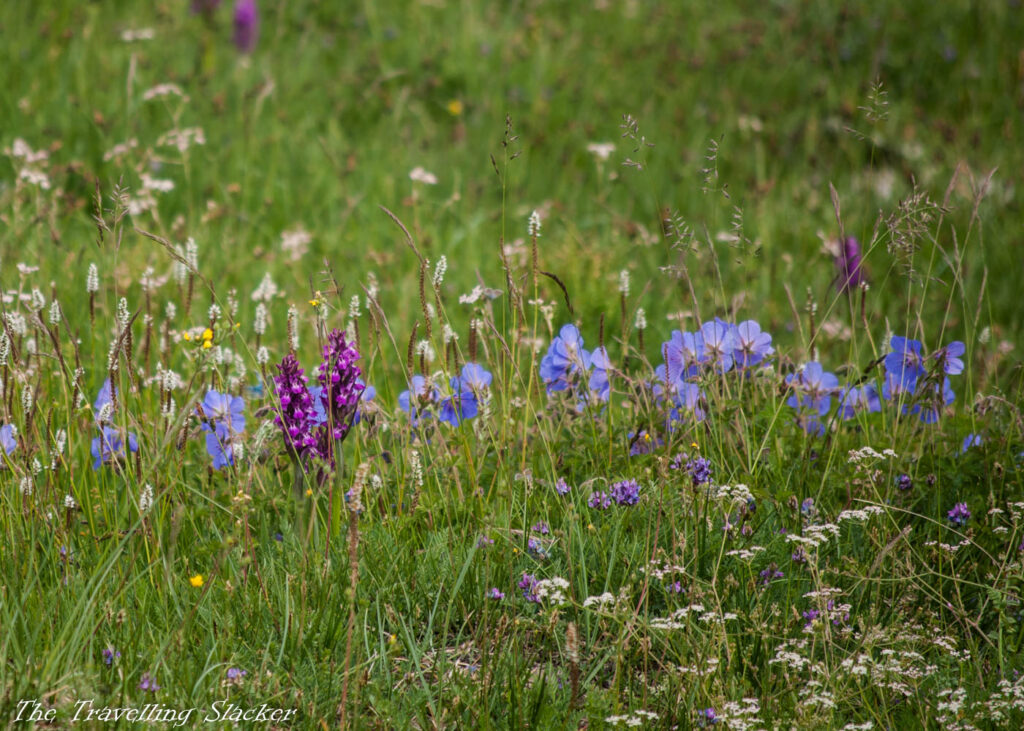 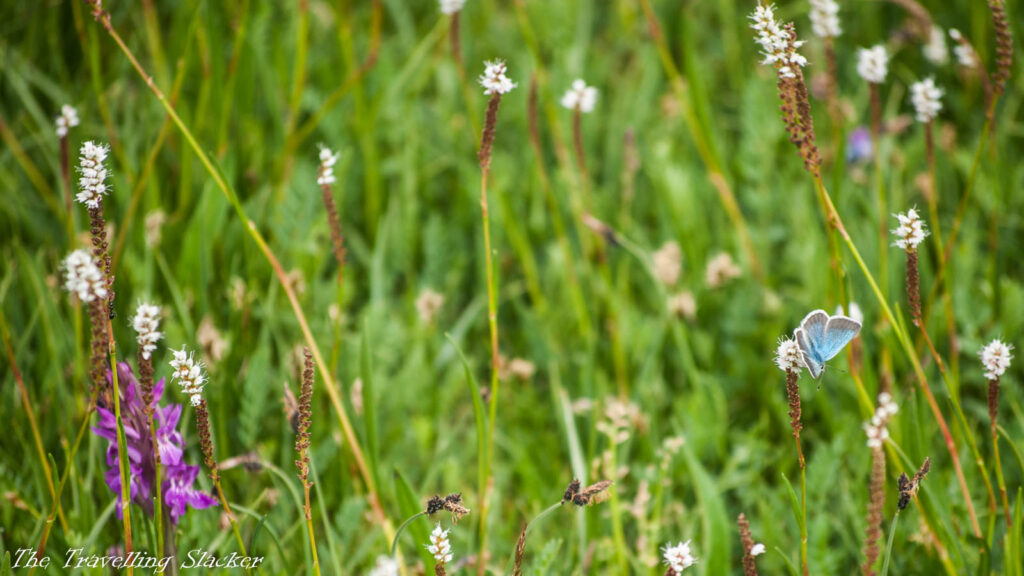 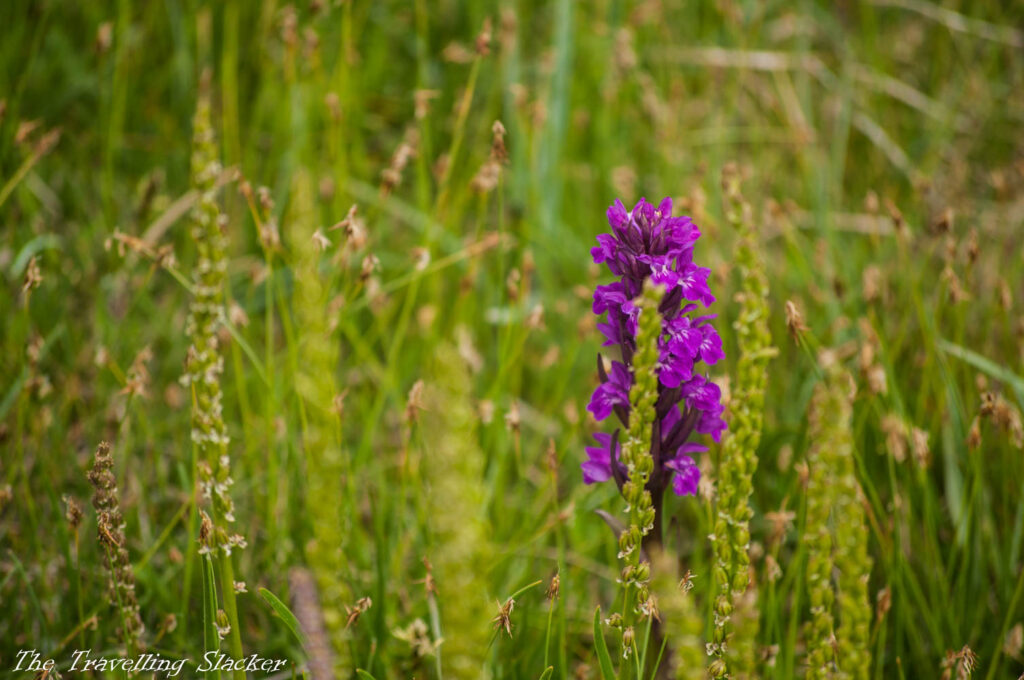 Later on, I also walked inside the village and located the old monastery but it was closed by then. came back and rested for a while. The only good news was that my appetite was intact although loss of appetite is a classic symptoms of AMS. The food was rice and local beans followed by green tea. It felt good. That night II saw the most number of stars that I’d ever seen in my life but again was not fully fit to make the most of it. 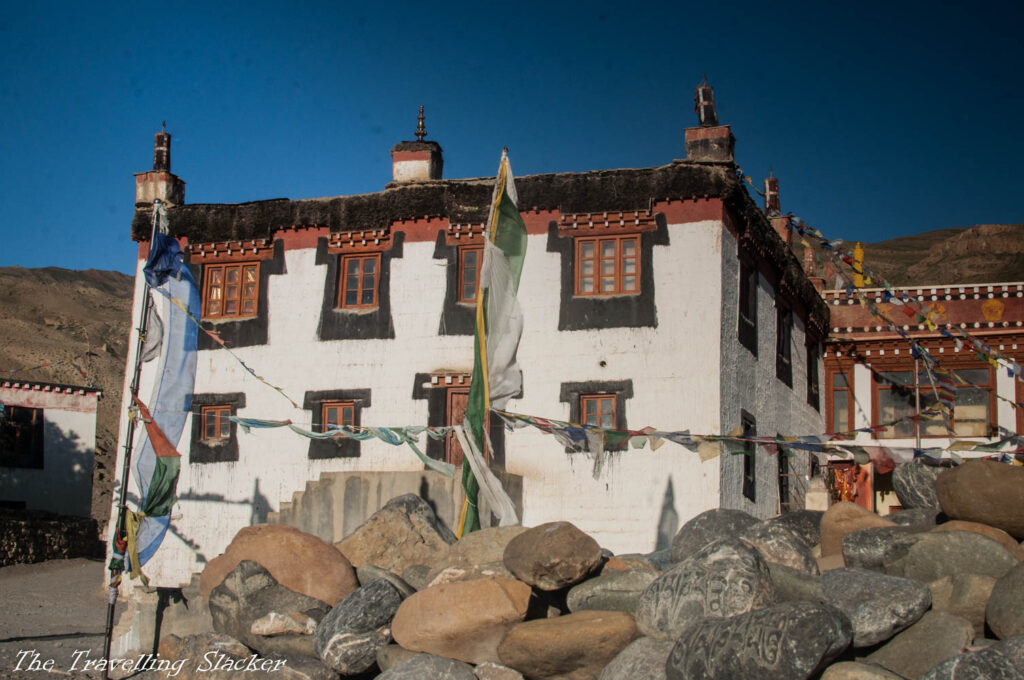 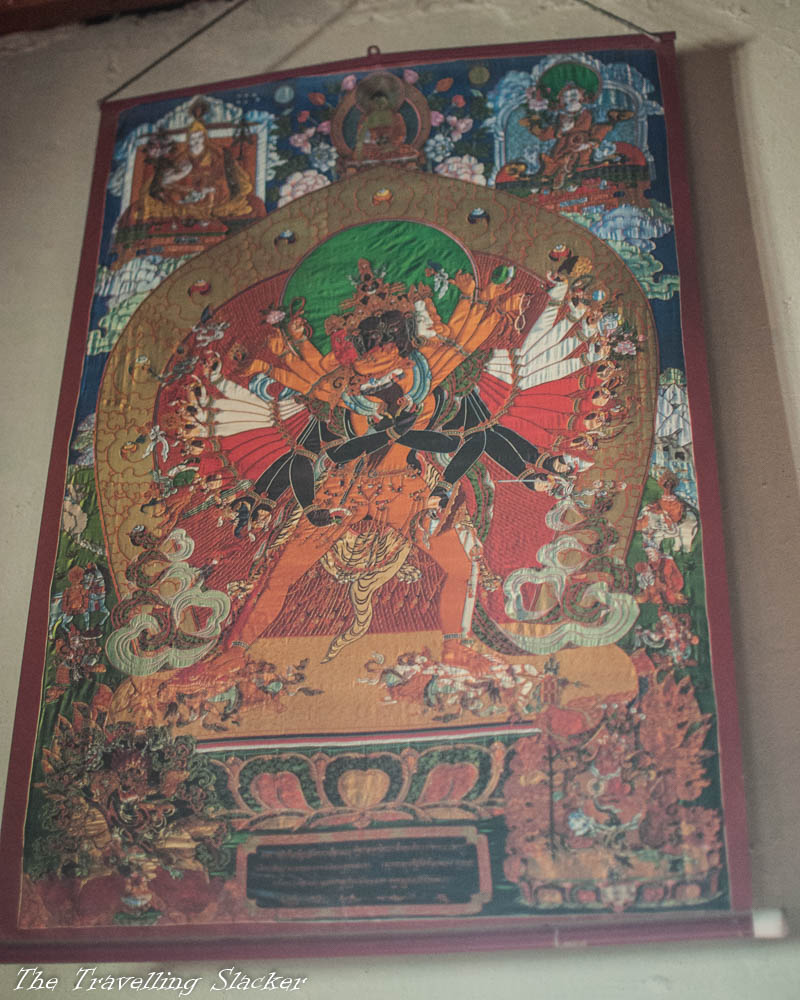 The next morning, I was still feeling the same. On top of that, the weather had worsened. The azure sky was gone. It was gloomy and dusty. Villagers were taking their cattle and donkeys out towards the pastures beyond the mountains. Mike followed them and disappeared along with the herds and I never saw him again. I wanted to do the same thing but was in no condition to do so. The area beyond the village is the Kibber Wildlife Sanctuary. But I guess I’ll have to visit again for that. 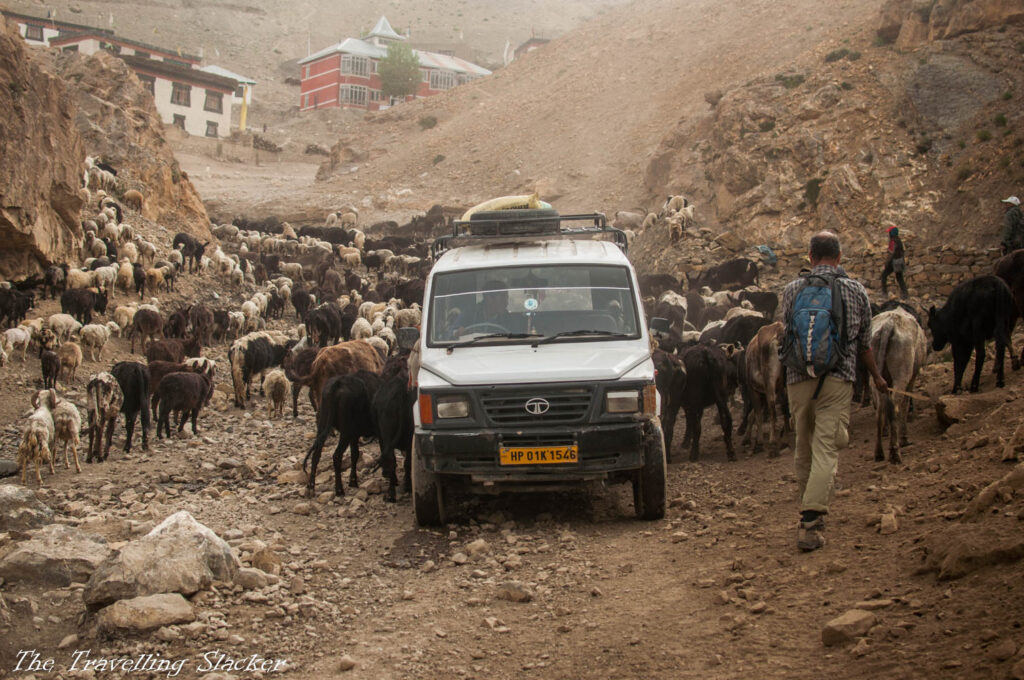 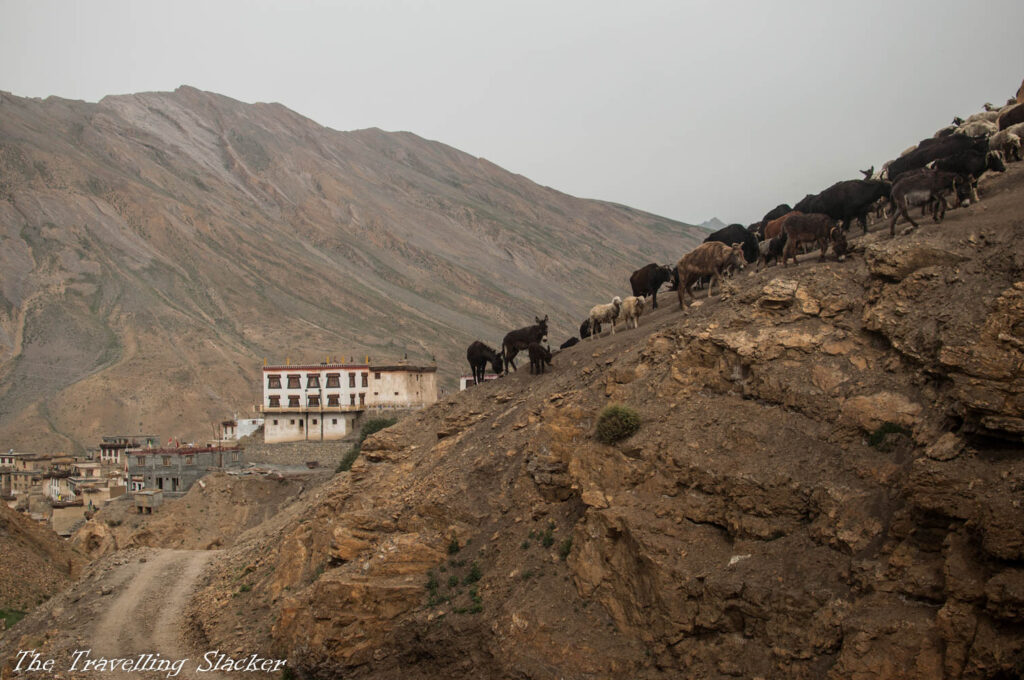 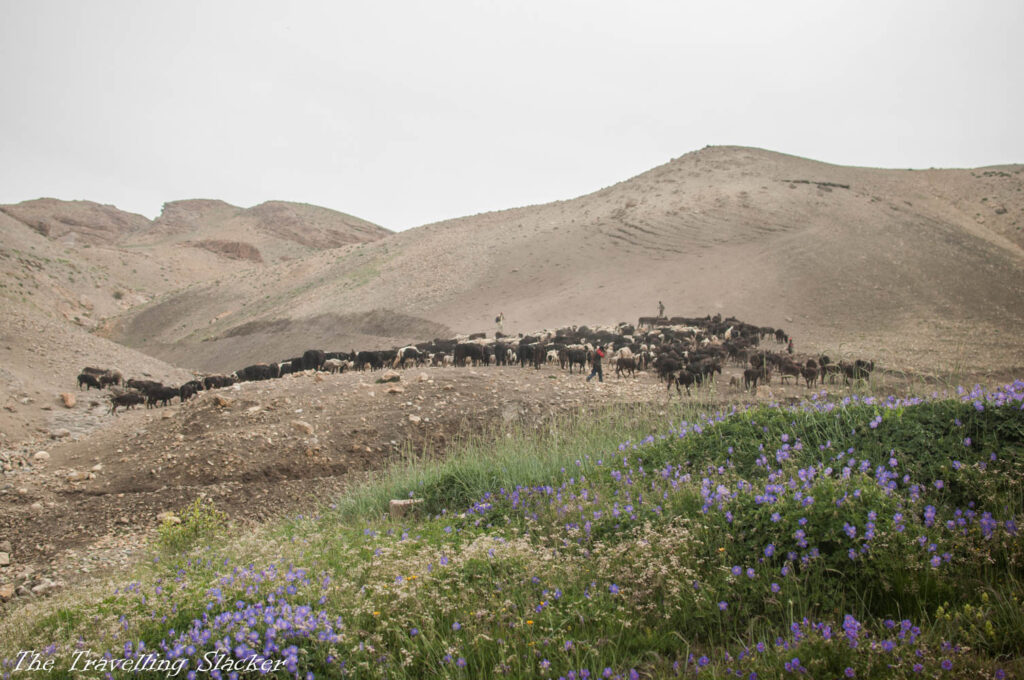 I tried to click some more pictures of the village and the pastures around but that feeling did not go away. I looked for a vehicle to return but all of them had left early morning. So, I started walking down the hilly roads, hoping for the AMS symptoms to ease as I lost altitude. However, another car arrived at that point and I took it quickly. The symptoms disappeared almost as soon as reached Kaza. On hindsight, I think the roads have become a bit too smooth for this altitude. A slower ascent would have saved the day for me. Anyway, let’s see when can return to complete the unfinished business. What about this winter when the snow leopards come down closer to the villages?

21 thoughts on “Kibber: My First Encounter with Acute Mountain Sickness”