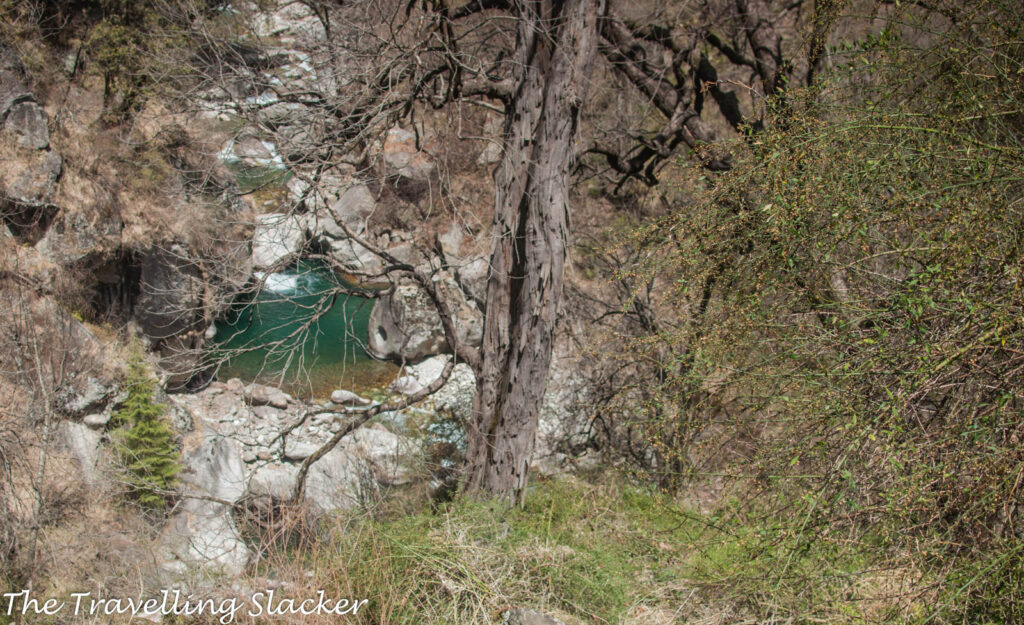 Let me wrap this up quickly. I am entering the jungles again tomorrow. So, consider it just to be a teaser. As far as the Great Himalayan National Park (GHNP) is concerned, I have not had it easy. I have been beating around the bushes since 2013 due to various reasons. Since then it has been declared a UNESCO World Heritage Site but my luck has not improved. Firstly there was sort of an information gap because the location is such that it is hard to understand unless you make a few trips yourself. Most people in fact visit Tirthan Valley, without fully realizing what is GHNP. Also, it is one of those places that I cannot really call to be budget-friendly (But it is possible if you have the right contacts). 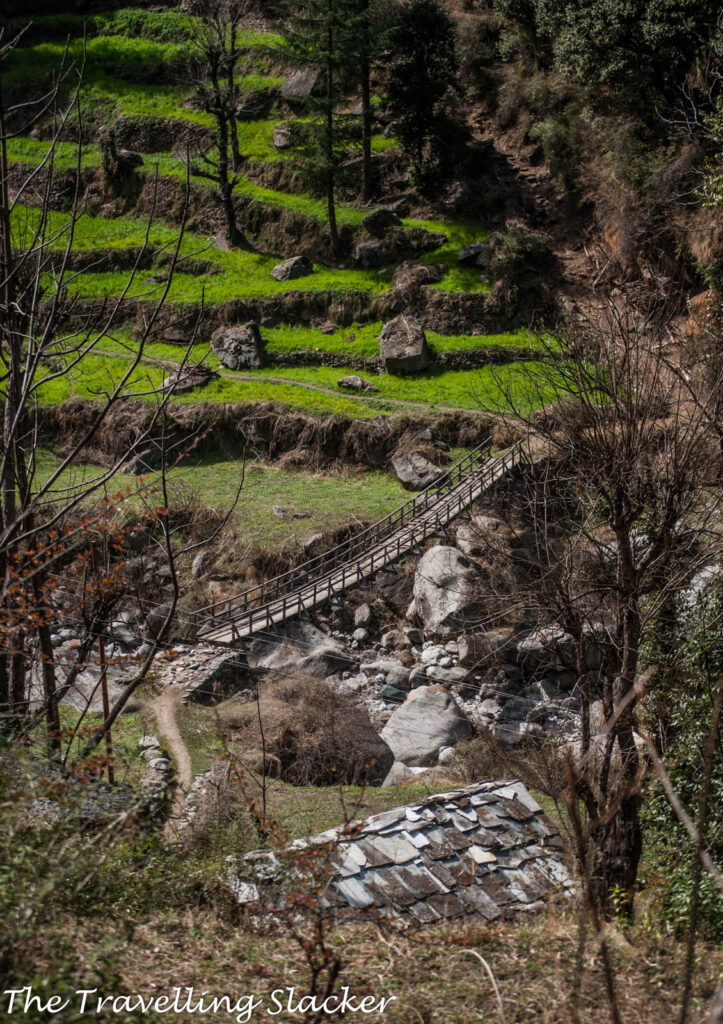 I spent a week last year in the nearby areas surrounding Jalori Pass but still could not enter GHNP. Last month I made a deliberate and determined attempt, but got distracted in between. As a result, I had only one day left to do anything meaningful and the result was this trip… to the beginning. Yes, it is basically an 8 KM long trek from Gushaini to the official entry point of GHNP near Rolla. It is probably the only place where even reaching the entry point can be considered a trek in itself. 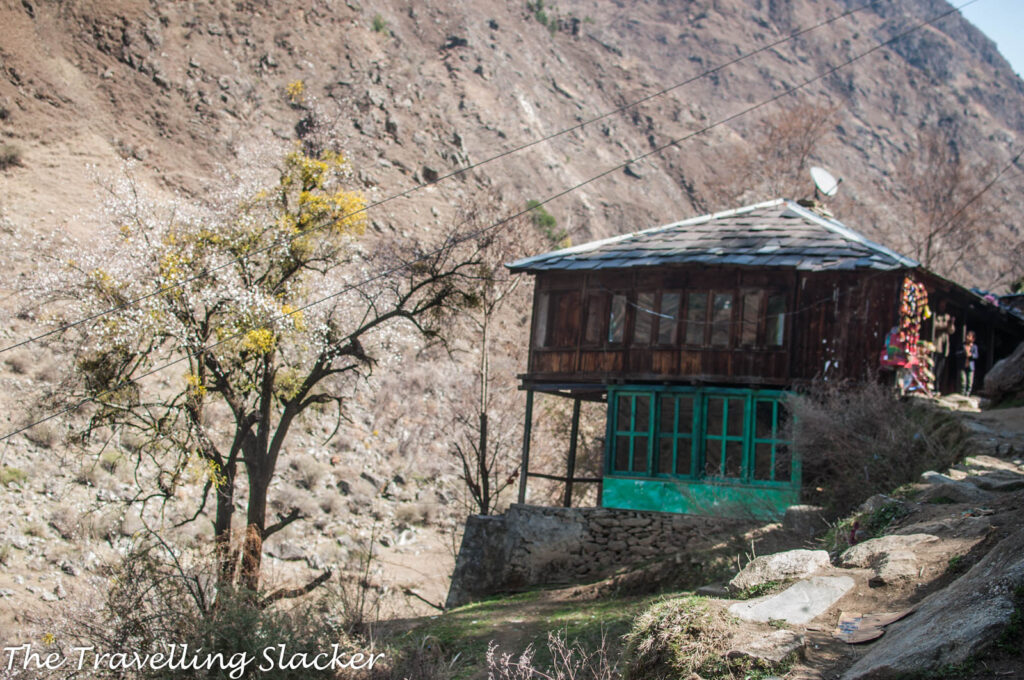 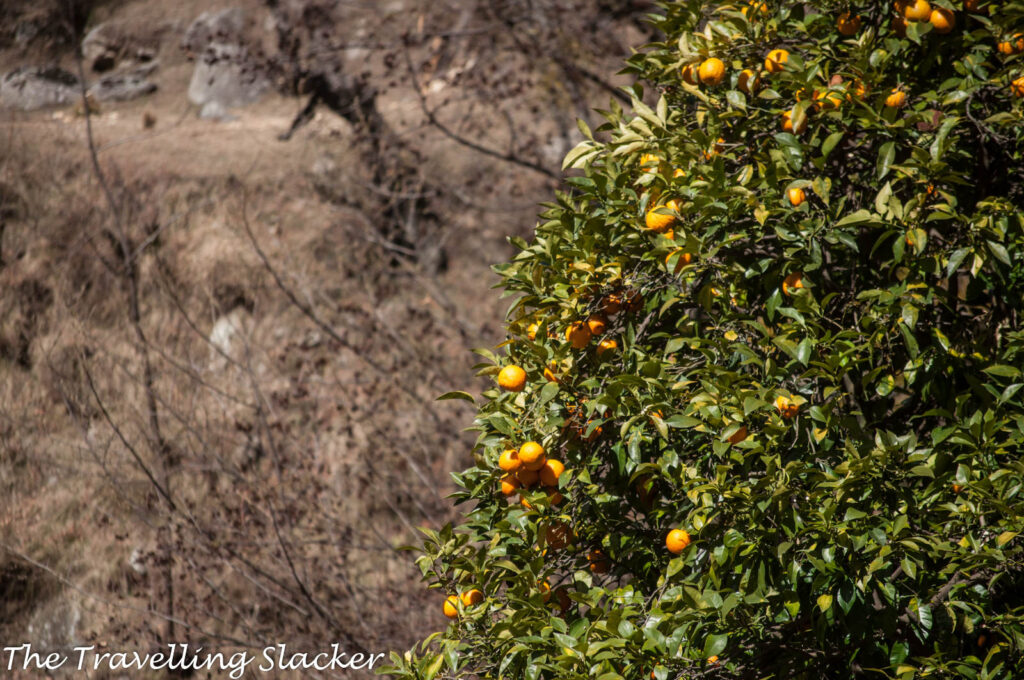 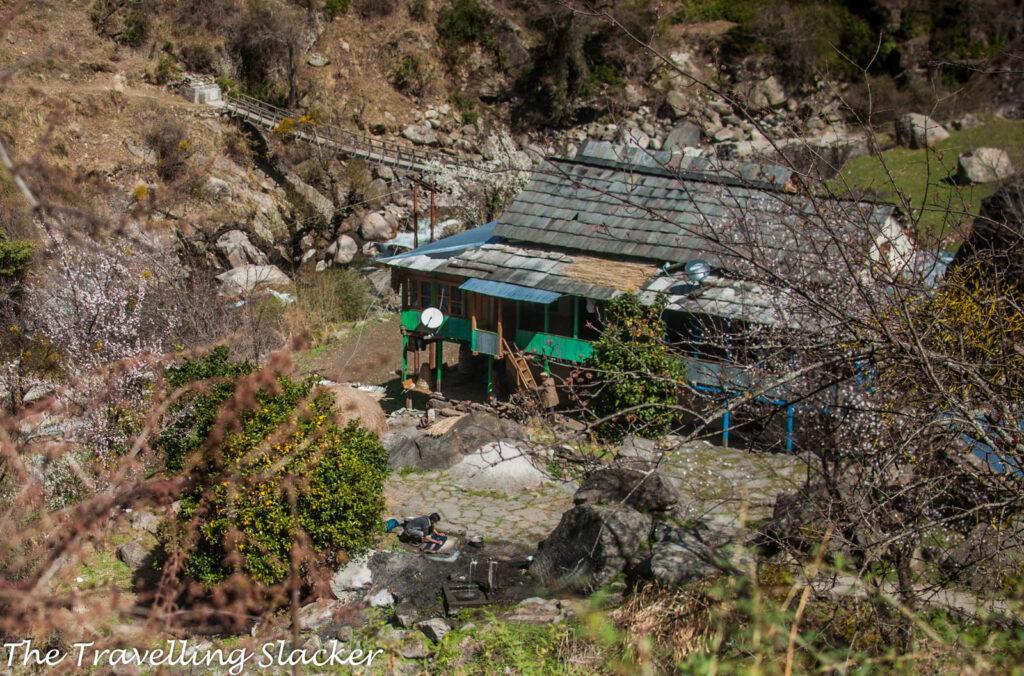 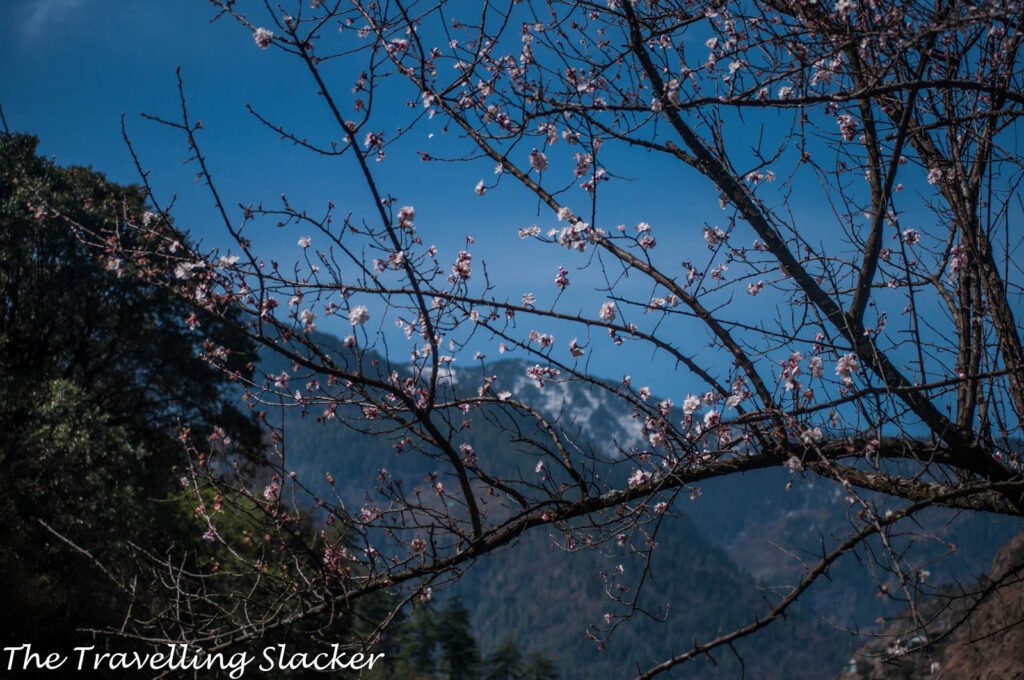 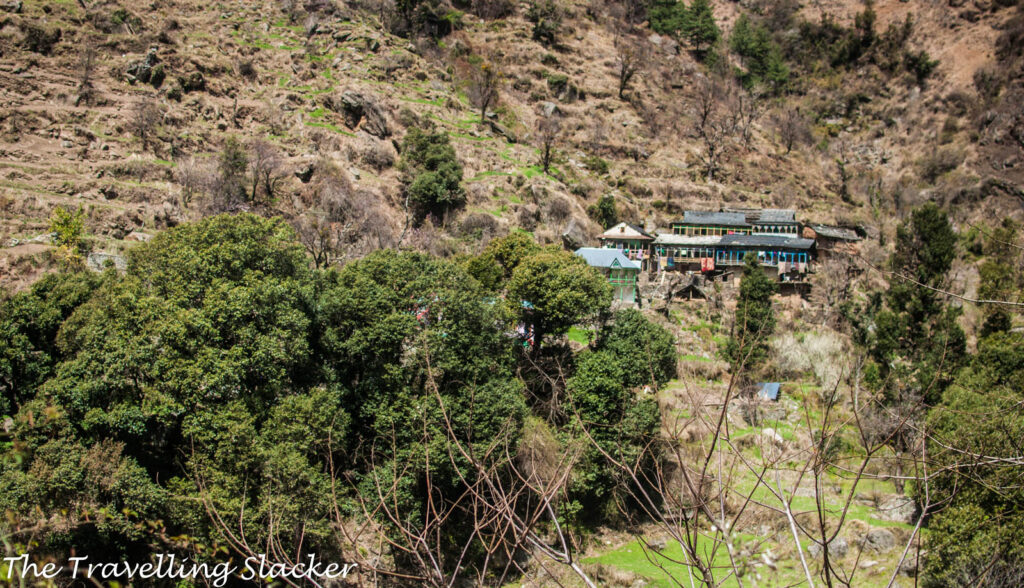 One needs to take permission to go beyond this gate and there is a multi-day, hectic trek possible. But I did not have the time and resources for the same so I was happy to see the gate. However, as I mentioned already, I am back in the area to do some more treks in the eco-zone of GHNP if not the core area. Till then, just enjoy these pics, most of them feature turquoise green water, sundry rhododendrons, and a certain house with an orange and an apricot tree that captured my imagination. I intend to come up with an extensive GHNP guide after this round. 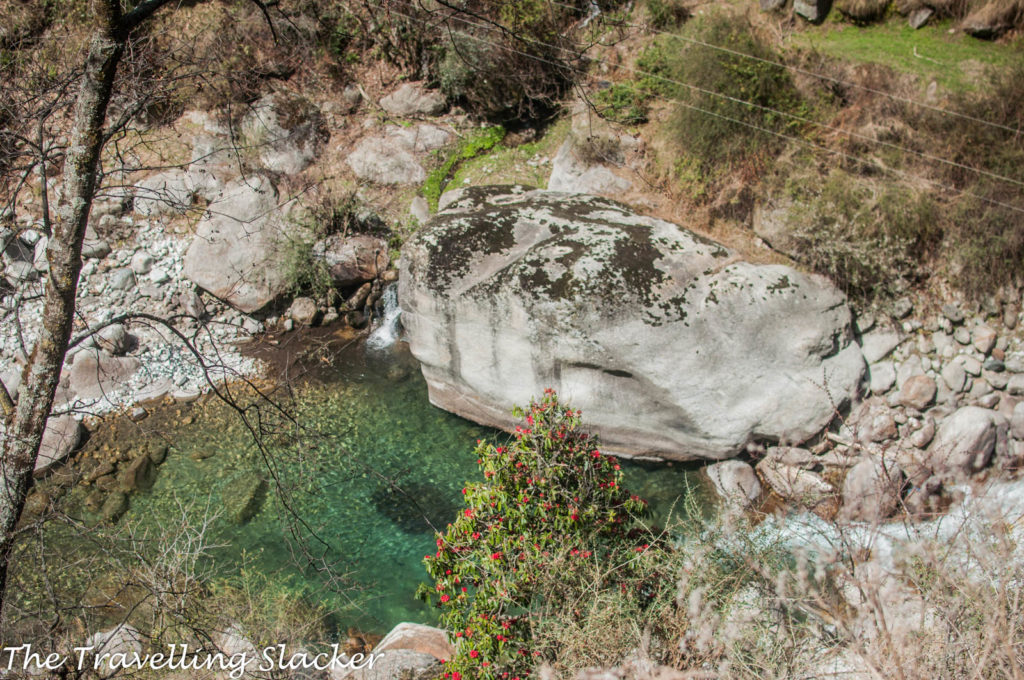 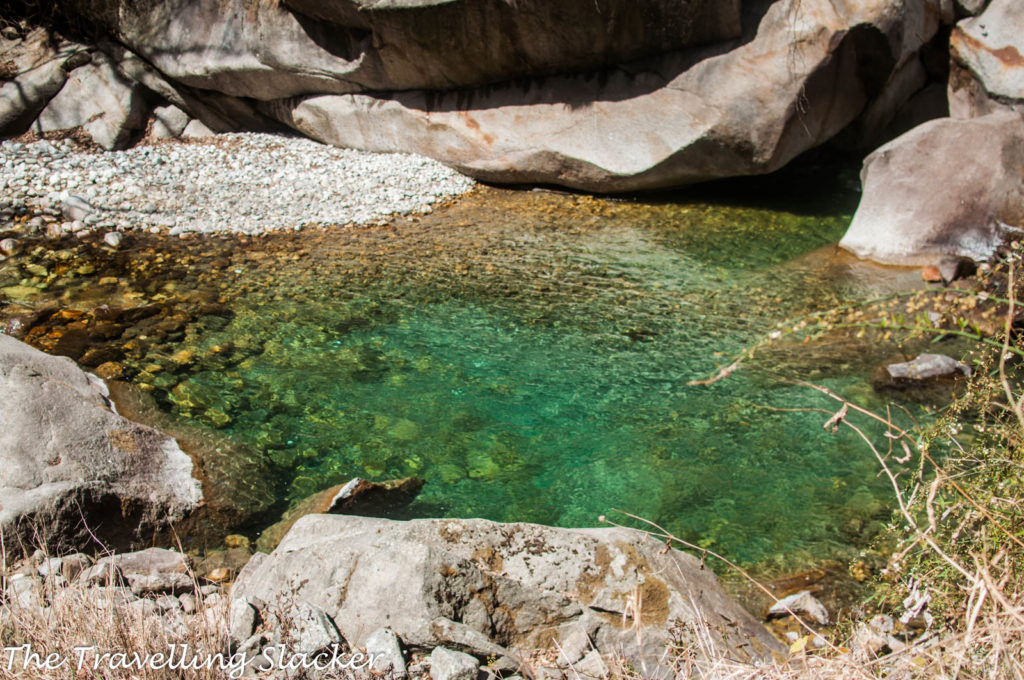 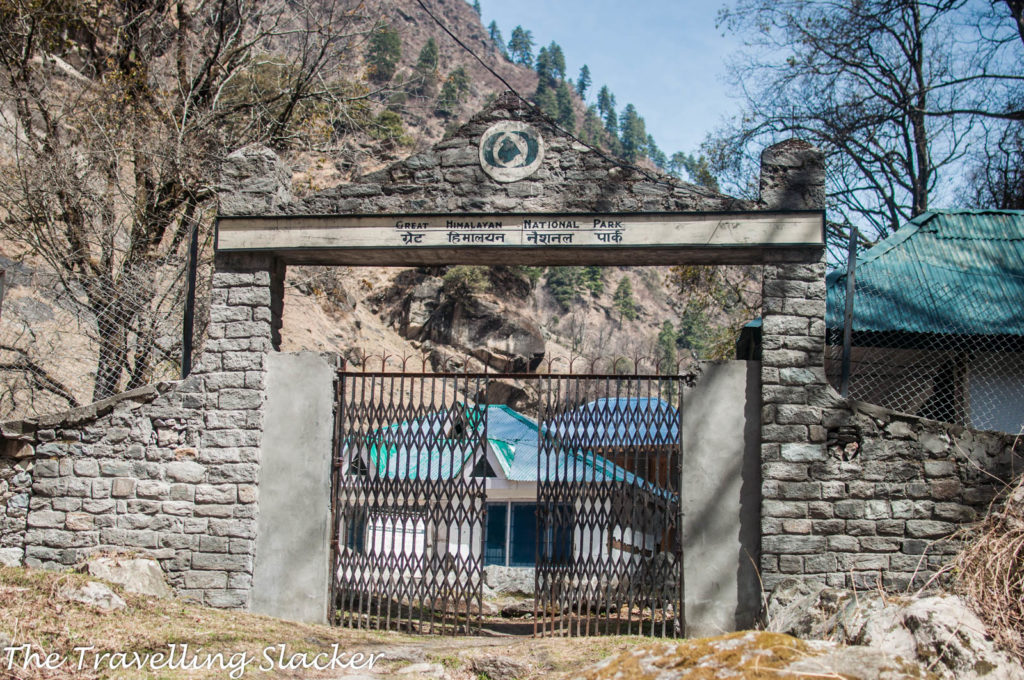 9 thoughts on “Gushaini to Rolla: Trek to the Beginning”