I reached Gadagushaini along with Travelshoebum in the most mindless manner possible. We were out of cash after the treks at Bathad but no ATM was working in every place we passed through and we were already told by locals that there were no ATMs in Gadagushaini to begin with. One kind restaurant owner in Banjar, who took a cigarette from me, gave the contact of his son living in Gadagushaini in exchange. With no options left, we did call him. He appeared after a while and took us to Khemraj Rana, our savior for the day. Khemraj used to run a restaurant in Goa. So he is well versed with nitty-gritties of tourism. He is now back to his home and has started a homestay. He hasn’t decided a name yet but it has already been furnished well. Learning about the situation, he agreed to host us for the night and asked us to pay whatever we can.

We were actually surprised by the Homestay. It didn’t have a name yet and we were probably the first ever guests there. However, the rooms were well furnished and cozy enough, of the kind that is normally above my budget. But this was the day of serendipity and it was getting better gradually. Before we knew it, Khemraj offered us to take sightseeing on his bike. On hindsight, with local transport being scarce, I think we would not have seen much without his help. 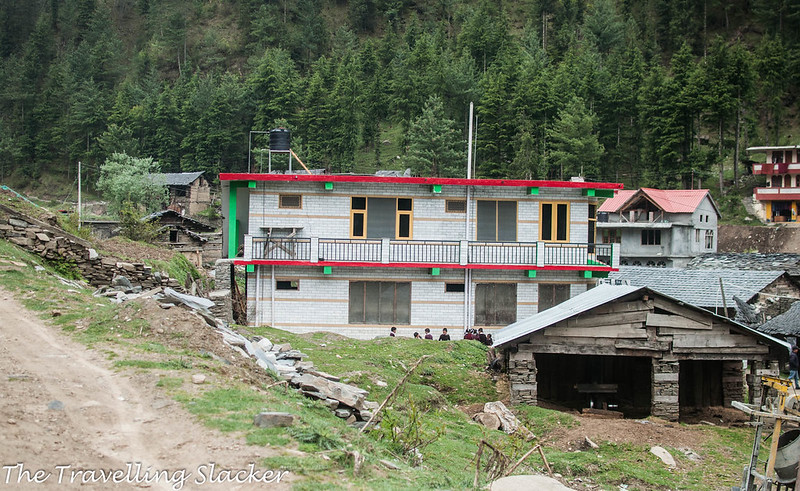 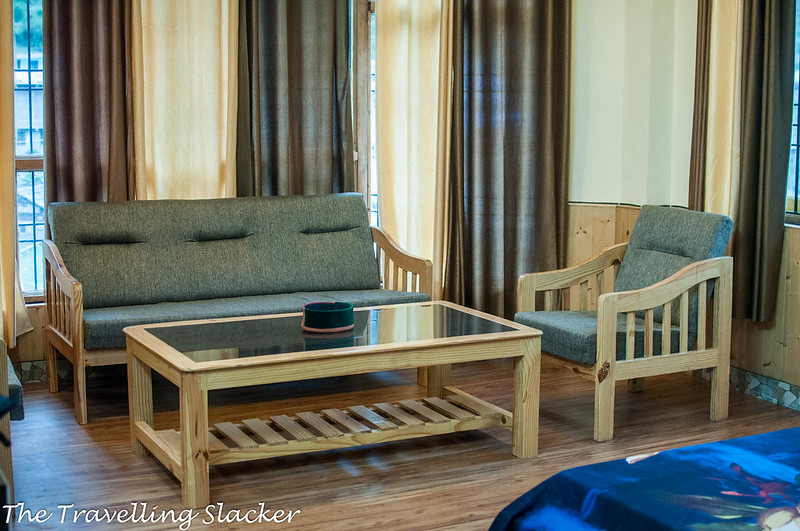 So, three people fitted awkwardly in one bike on a bumpy road and started moving towards Chachch Galu (Sach Galu), the highest point in the region. It was no more than 10 kms, but the road was challenging, the rain was threatening, and the bike was protesting with mechanical grunts, having to carry three men on its back. It took almost an hour but we passed through beautiful villages along nameless streams that rarely get featured on travel blogs. Chachch Galu turned out to be a minuscule settlement with a population of 21, one tea shop, and some cows at an elevation of 2500 metres according to the post. One could see the meadows near Jalori Pass from here. It was cloudy and hazy, so the photographs were not up to my liking. But I could imagine that a sunny day would have done wonders to my frames.

While returning, we stopped at another village and walked around the hilly stream. We came across some locals who showed us the way and posed for photographs. The children seemed very well behaved, they greeted even random strangers such as us with a cheerful “namaste”. Later on he also took us to his in-law’s home at Gadagushani near a temple for tea. That night, Khemraj made a mean curry with local potatoes and tapiocas. 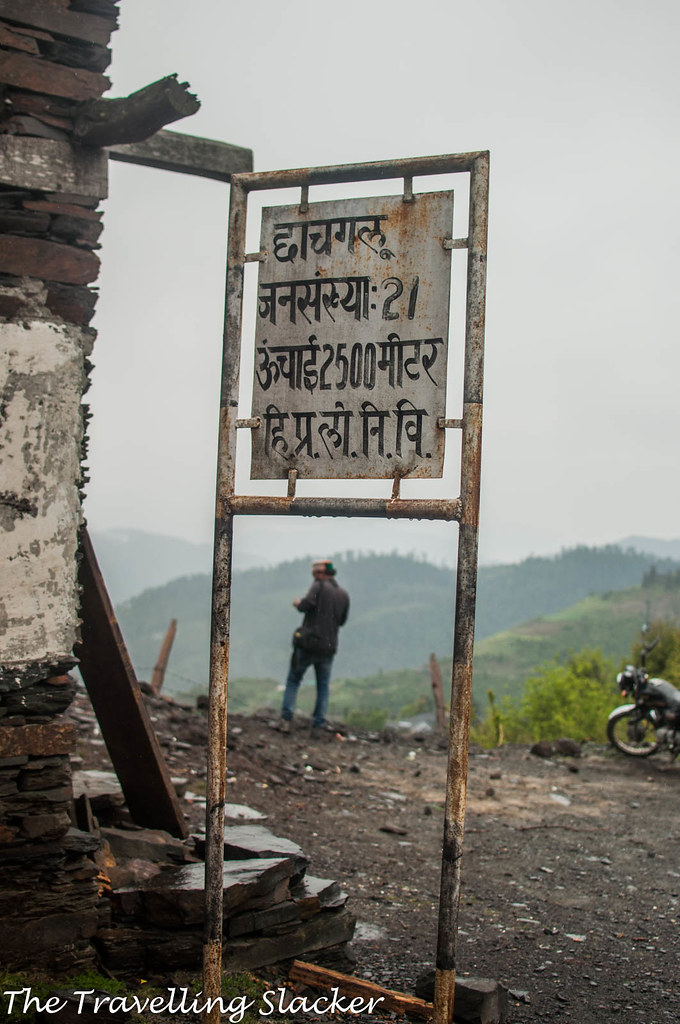 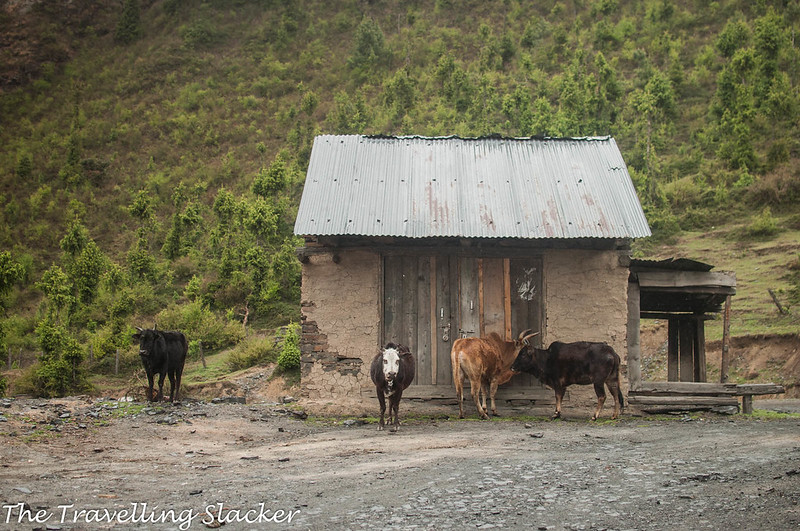 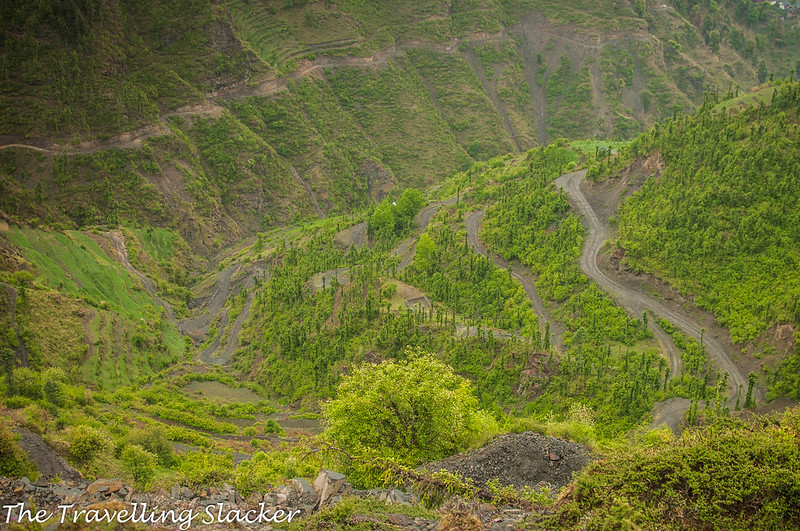 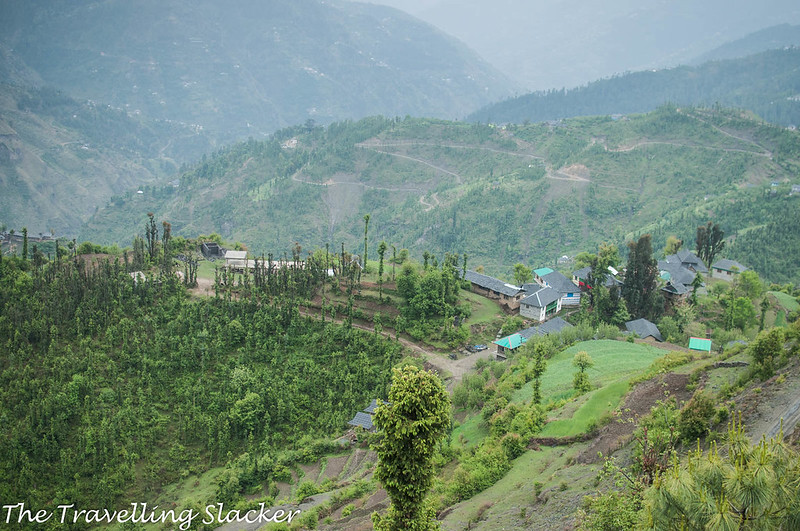 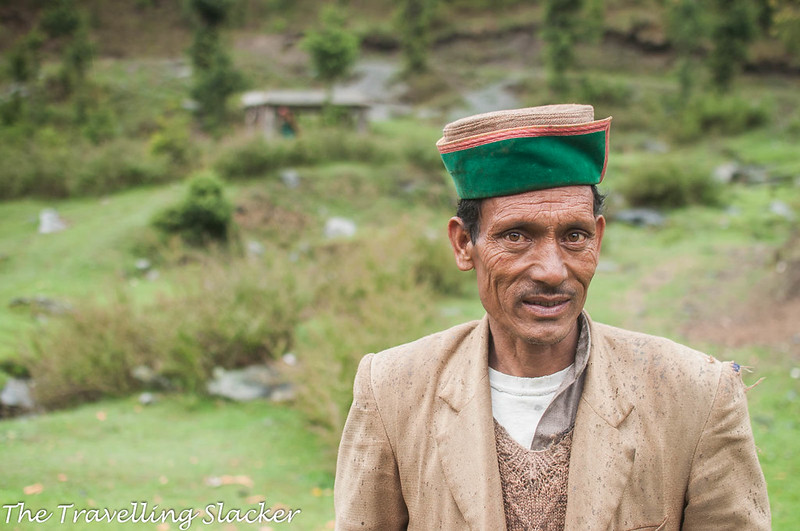 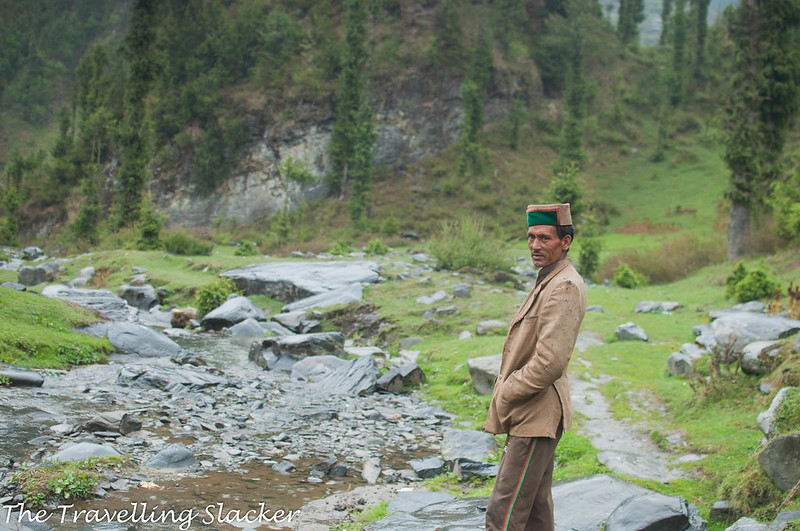 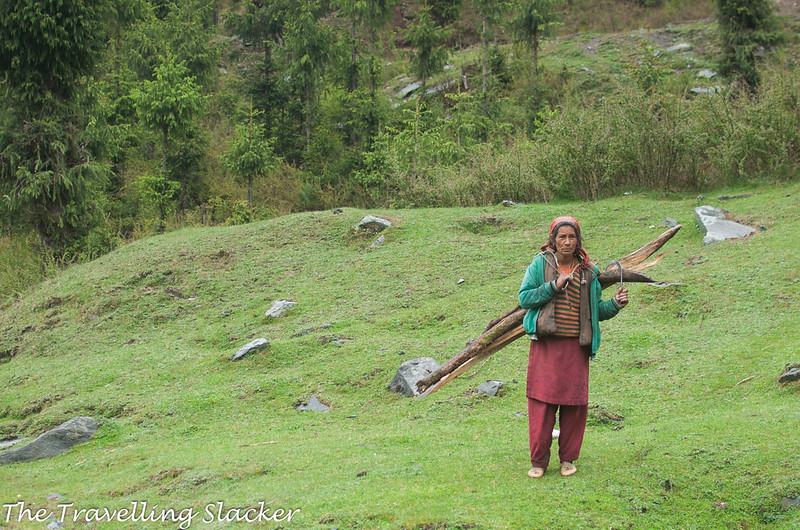 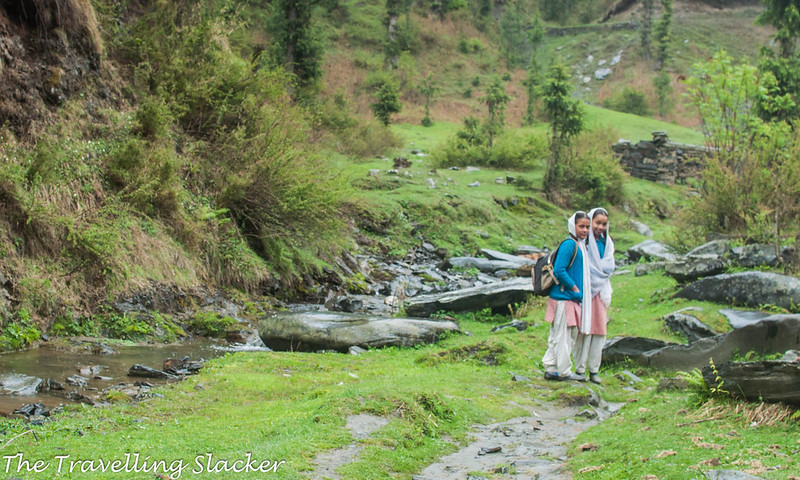 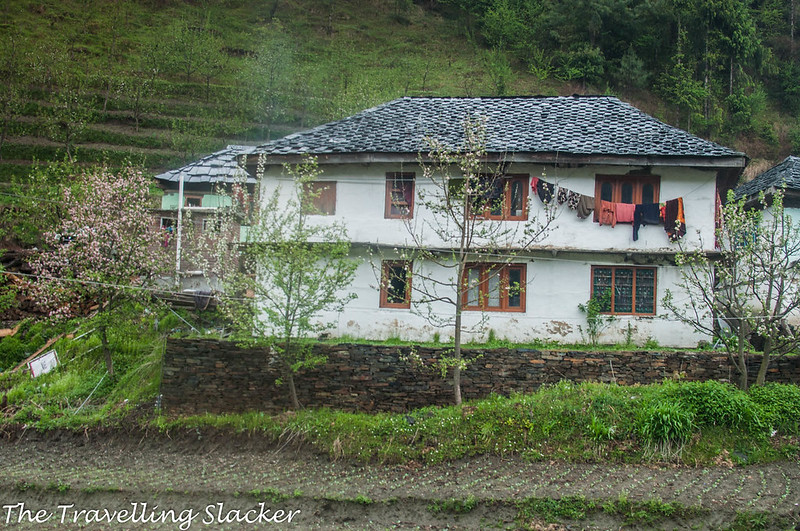 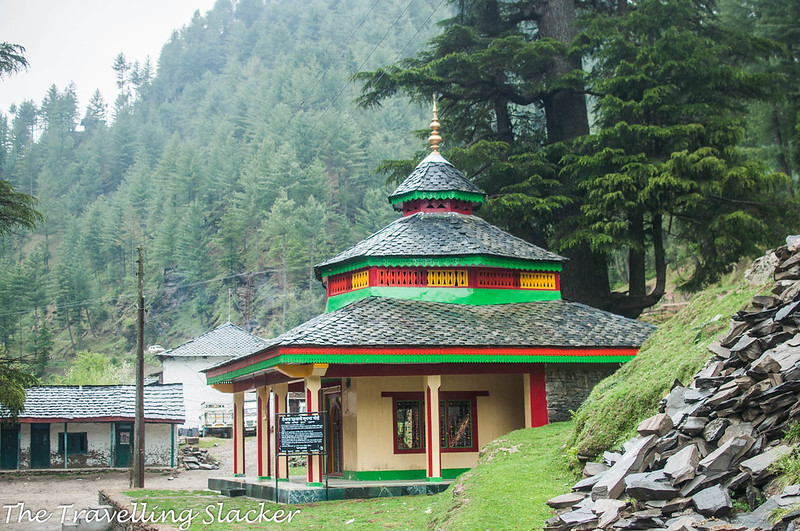 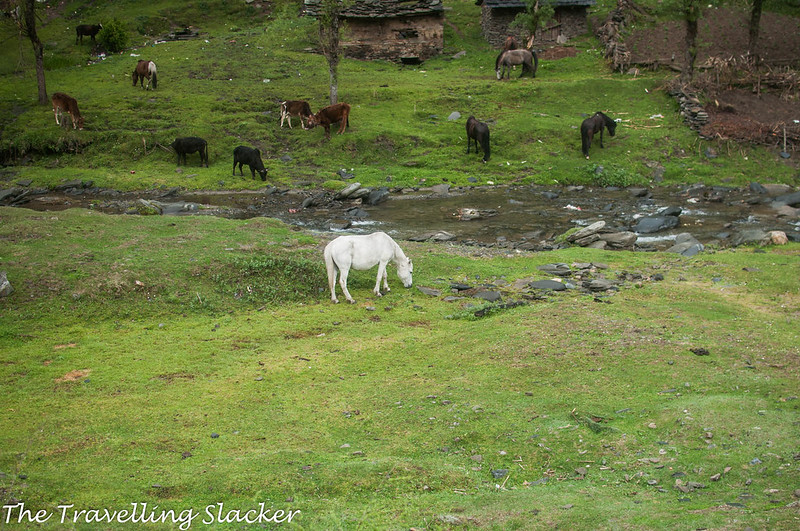 The next morning we were planning to visit Bahu, a nearby place with some ancient temples. Again, Khemraj came to our rescue with his bikes. We wanted to visit the Baloo Nag Temple near Bahu, another small village between Gadagushaini and Jibhi. It took around an hour to reach and the entire area was lined with dense, perpendicular, pine forests. 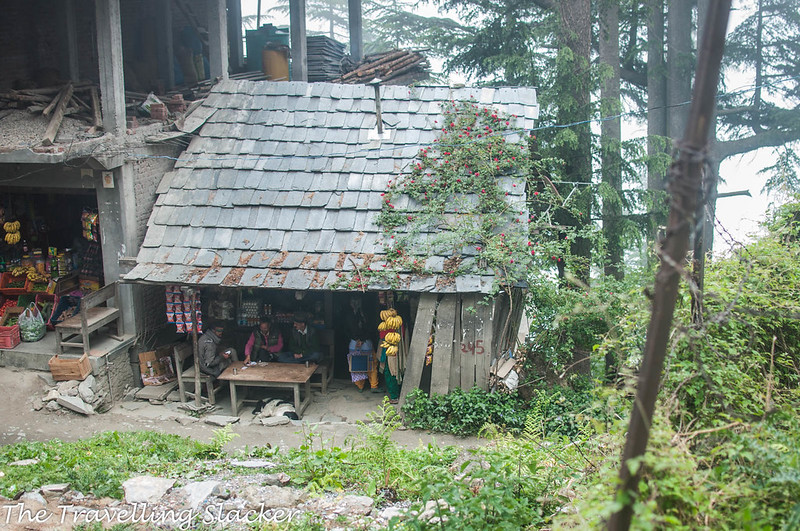 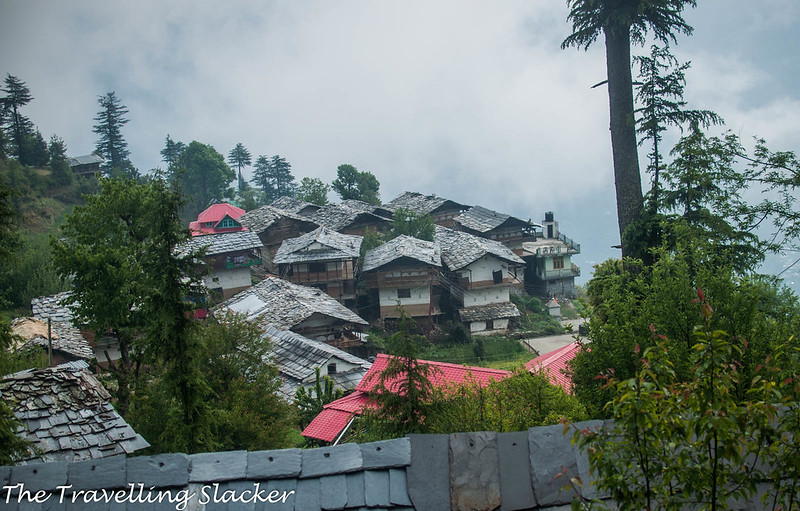 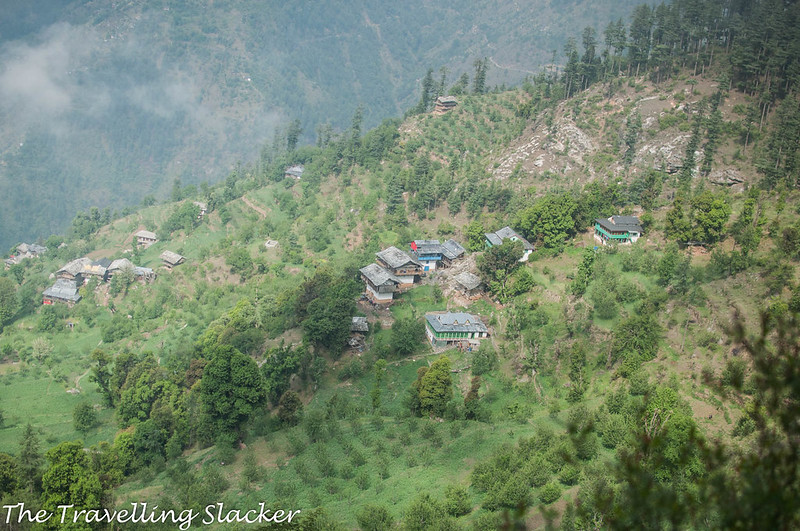 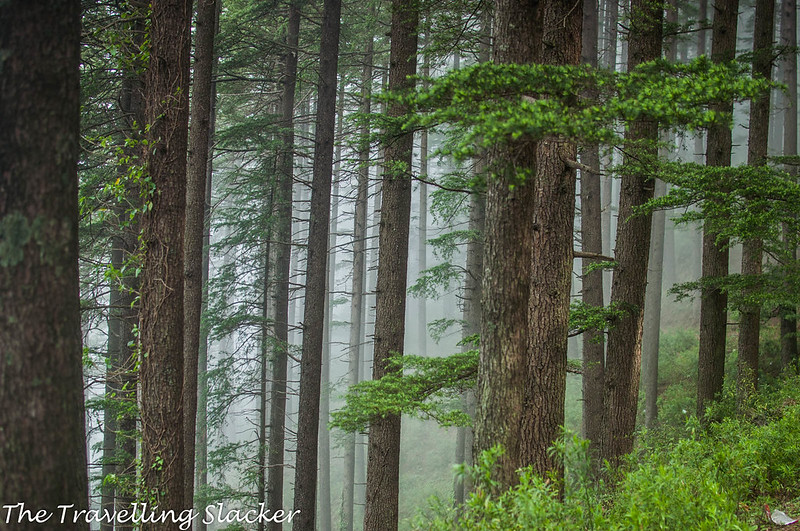 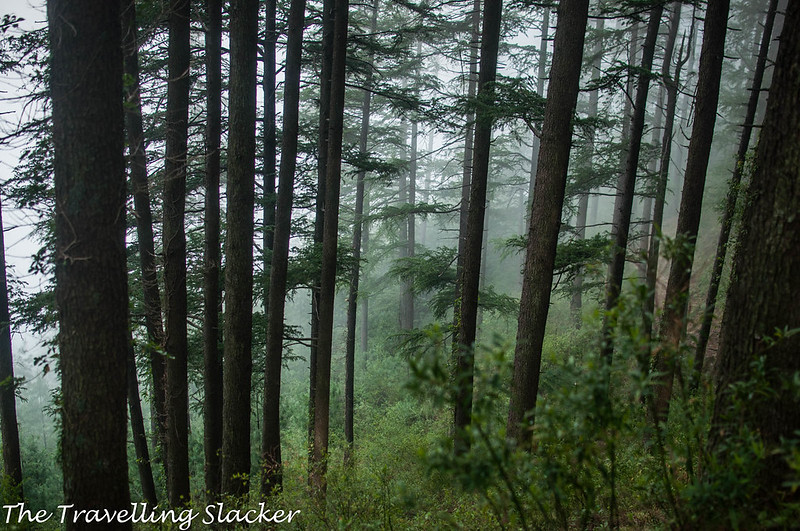 Eventually we have to give up the bike and hike for a while to reach a plain meadow where the temple is located. Just like most other temples in Himachal, this temple is also of unspecified vintage, displaying Kath-Khuni architecture. Locals must have been worshiping here for centuries but exact history is not known. Some of the woordwork seem to have been newly done, just imitating the old sculptures. But I saw many stone slabs with deities encrusted on them. These ones must be ancient. A local family was there to offer their prayers and I managed to get all of them in one frame. 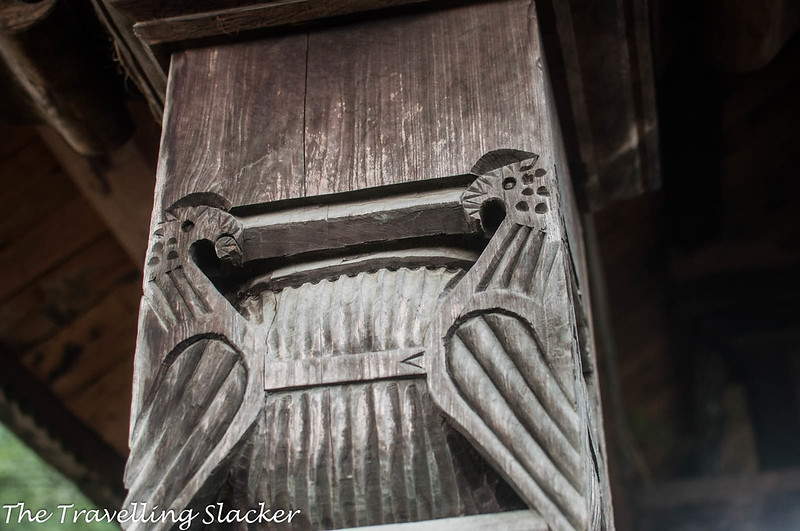 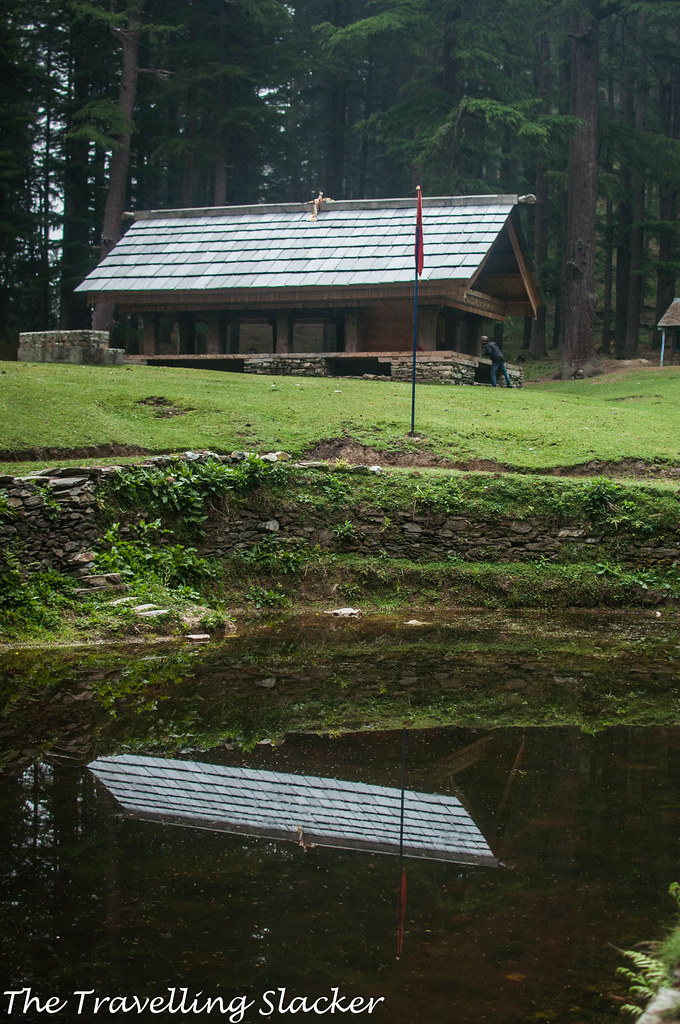 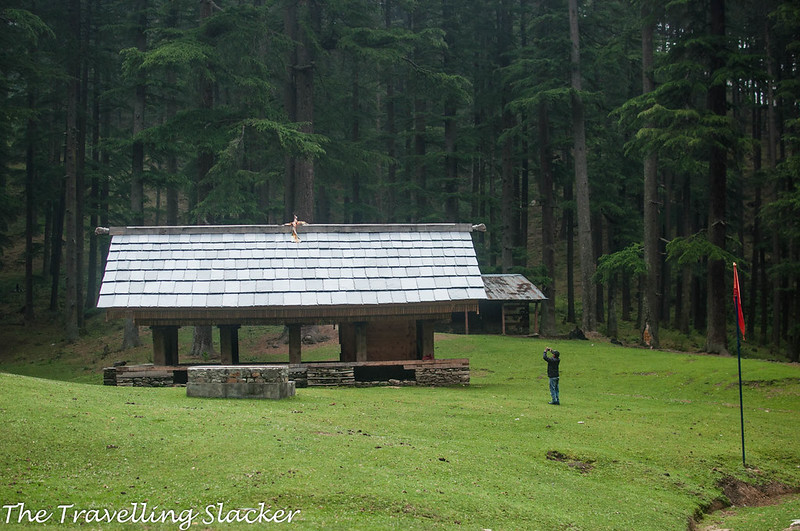 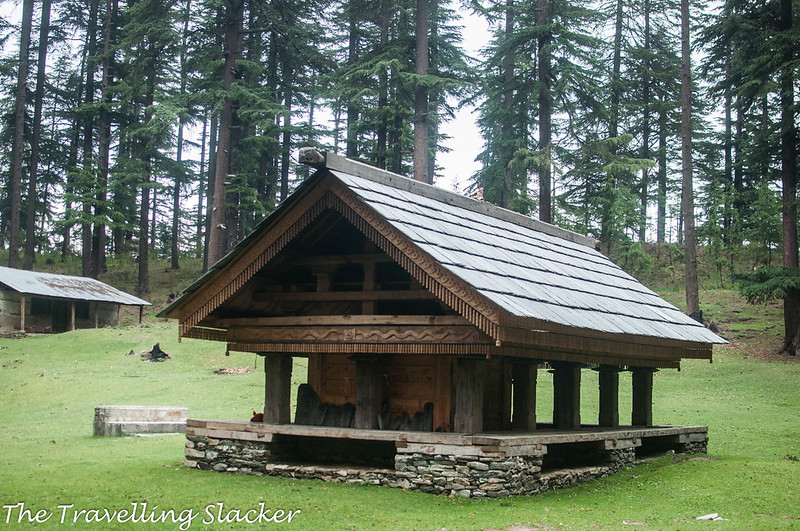 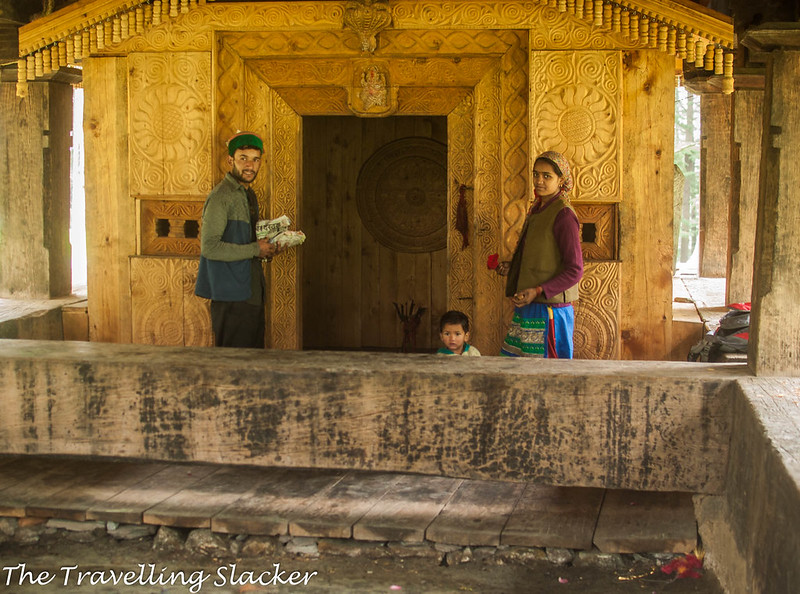 Khemraj told us that there is one more shrine nearby so we walked up to that one too. This was not a shrine of the usual deities but a shrine made for road safety. Various vehicle parts such as tires and steering wheels of abandoned cars are piled up around a tree and some old relics. This is not the first time I am seeing this. There are many such shrines along the Seraj region of Himachal. But this was the biggest one till date. It is hard to find details behind the mythology behind this trend but Ii guess one does need to have faith on such powers in the difficult roads such as these ones. 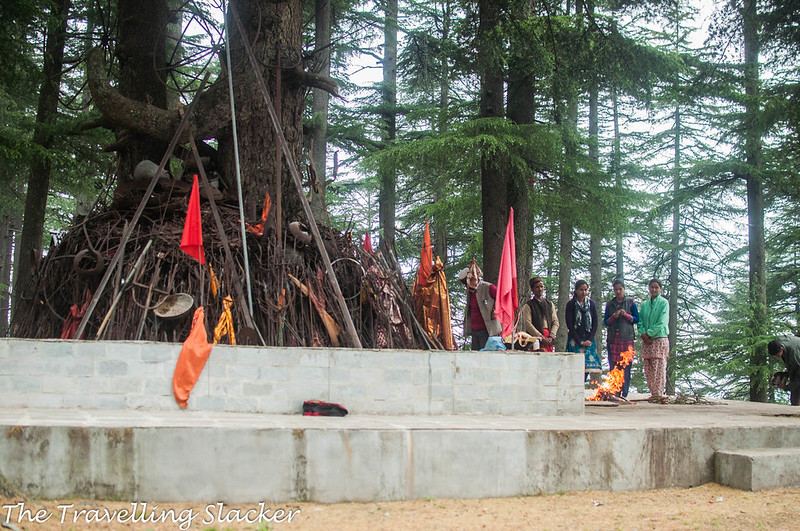 This brief trip ended here but we still had to find a place with an working ATM. This was going to lead to further insanity that day but not before visiting another ancient temple in another place. You will have to wait for the next post for that.

14 thoughts on “Gadagushaini and Bahu: Some Unexpected Hospitality”