I have crossed the Rohtang Pass many times but never clicked a photograph before. The reason for the same is mainly the tedious nature of the crossing. One needs to generally wake up too early to catch the early morning buses going towards either Spiti or Lahaul. Also, the traffic jam on the pass is generally atrocious and tiresome and mostly one ends up yearning for the journey to end, giving up on all creative pursuits. However, this time I made a serious attempt to take a few photographs just for the record. I secured a good window seat, kept the camera bag with me, and made a serious attempt not to fall asleep. 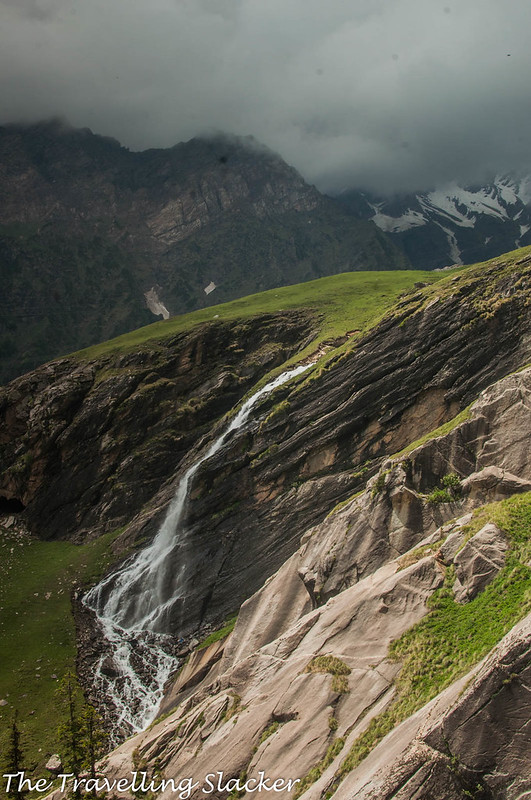 So, as anyone interested in the Himalayas knows already, the 4000-metre high pass is also a major point on the highway connecting many far-flung areas to mainland India. Whether you want to go to Spiti or to Ladakh via Keylong, you have to pass Rohtang. Also, for tourists visiting Manali, this is a local sightseeing spot, an easy way to find snow throughout the year. As a result, it has become known for horrible traffic jams too over the years.

In recent times restrictions of various types have been placed by the National Green Tribunal to curb the traffic inflow into the pass but still, it mostly remains congested during the summer months. I am sure the winters are better as it gets closed down due to excessive snowfall. But then, that also makes it nearly impossible to visit during winter.

So, coming back to this trip, we got a Keylong bound bus at around 7.30 AM from Kullu. For those who are wondering, it is far better to wait for the bus at Kullu rather than Manali, to outsmart the touristy crowd and secure a good seat. I secured a good window seat and waited patiently as it reached Manali and then moved on towards the snowy peaks. 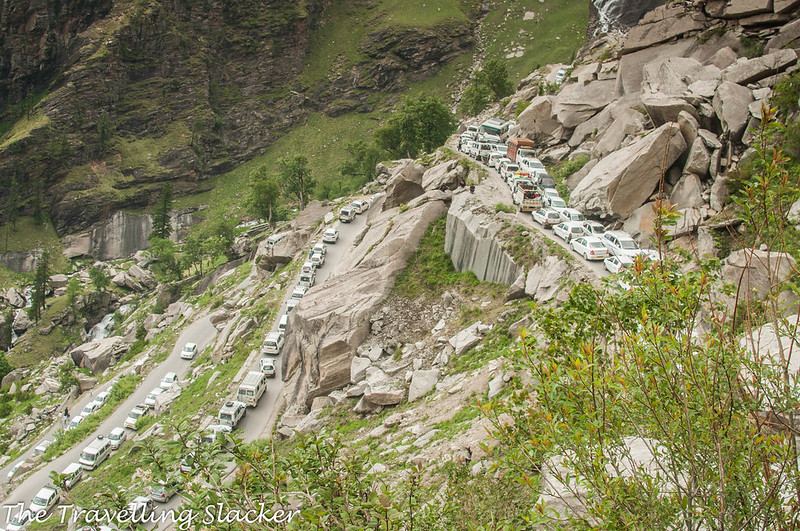 The good thing about Rohtang La is that the beauty remains intact despite the irritants. There is always a waterfall or the sight of paragliders against distant snowy peaks to savour at any point. The trick is to overlook what is around you and look towards the horizon.

On the positive side, traffic jam can be useful too. The first-timers who are taking their early, hesitant steps towards the mountains and still missing their metropolises can feel at home atop Rohtang as it easily resembles Silk Boards or MG Roads of the world.

The Bus moved at a snail’s pace till the top. It was June but there was a thick layer of snow. Many tourists were playing in that snow and clicking selfies, so much so that the snow had acquired a muddy hue. 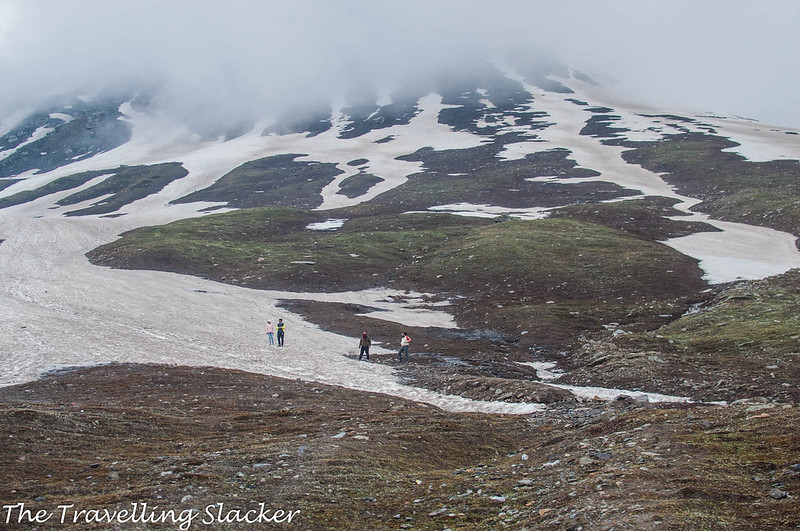 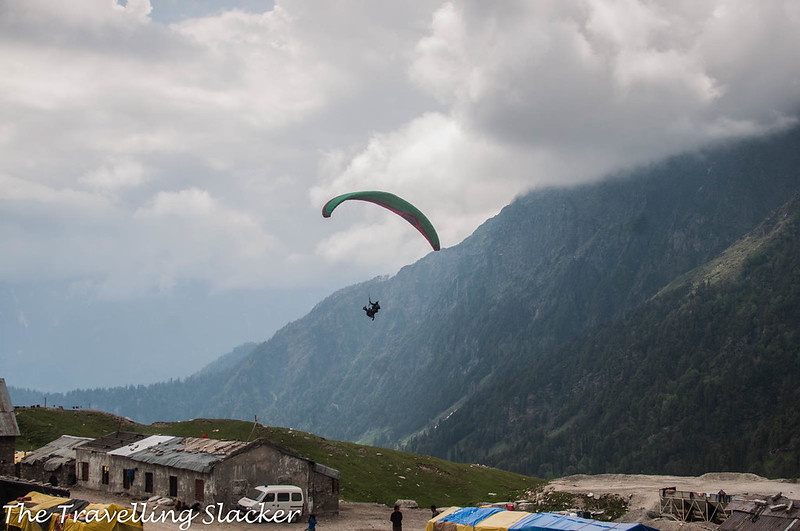 However, the situation drastically changed as we crossed over to the other side. The road was now empty and the hills looked as they should, green, desolated, and mysterious. Keylong was not far away from this point and the bus stopped for food at Koksar at those Dhabas overlooking that waterfall. 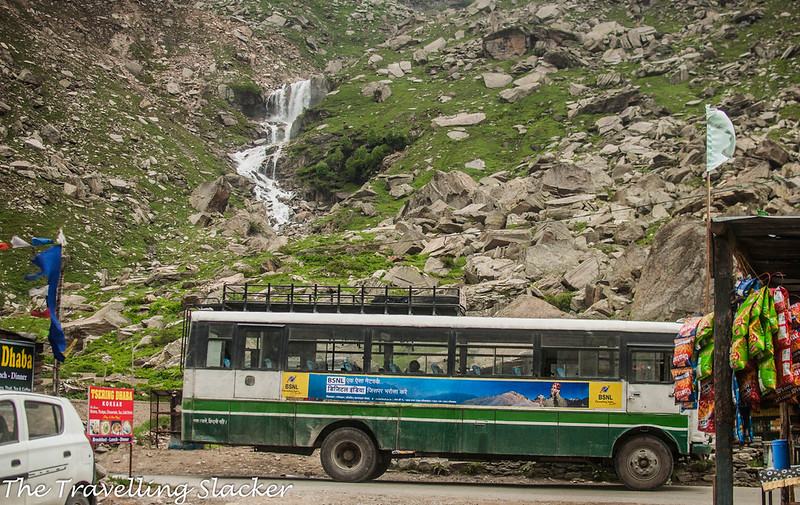 I will stop here today. There is much more to share from the other side and they will require longer posts. But here is some food for thought till then. (Completed now). This will make this route shorter by several hours and also it will be accessible throughout the year irrespective of snowfall. It will surely be a great gift for the people of Lahaul as well as Spiti. But for the seekers of solitude and desolation, the other side of Rohtang will also stop serving the purpose.

5 thoughts on “Postcards from Rohtang La: One of the World’s Highest Traffic Jam”