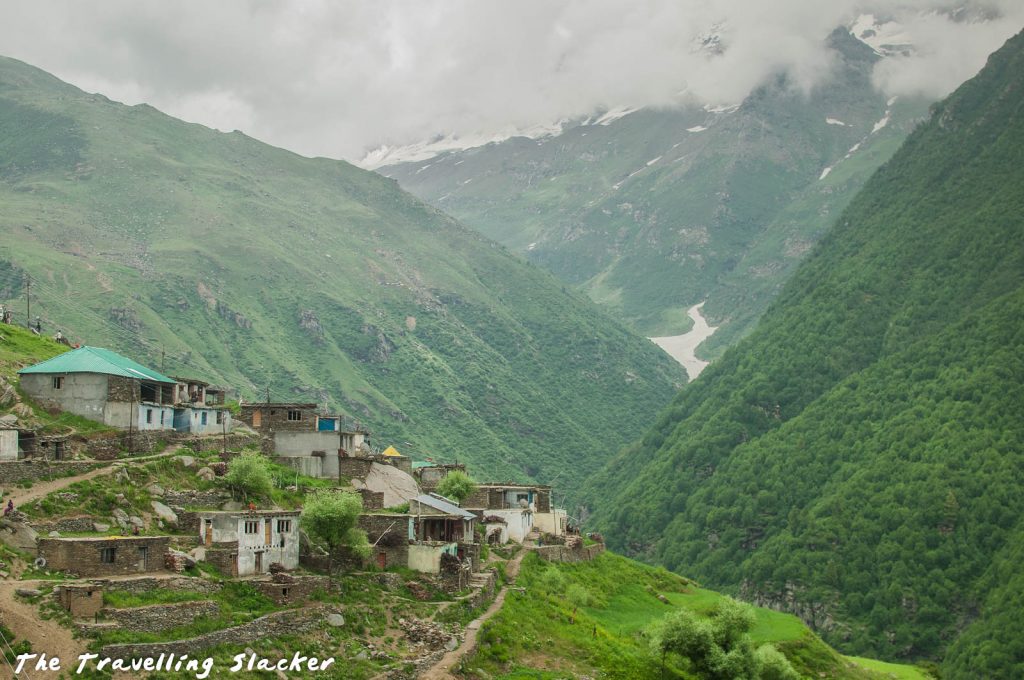 Due to difficult terrains, it takes several days to cover all of them. I barely had a couple of days to spare at the end of a very long trip. The first day I tried Sural but due to some misunderstanding, I got down from the bus even before it reached the destination. I will return there next summer but today let me concentrate on Hudan, which I covered the next day.

At Killar, I was glad to find a bus time table written on the wall but soon I realized that it is not that accurate. As mentioned already, I missed the bus. I asked a few local car drivers who quoted some exorbitant amounts. So, left with no other option, I packed two Bar One chocolates and half a bottle of water as emergency ration and started walking. It was around 12 kms away and it was still pretty early in the morning. So, I calculated that I can make it, explore the place and also return by the end of the day as the sun doesn’t set almost till 8pm in this season. 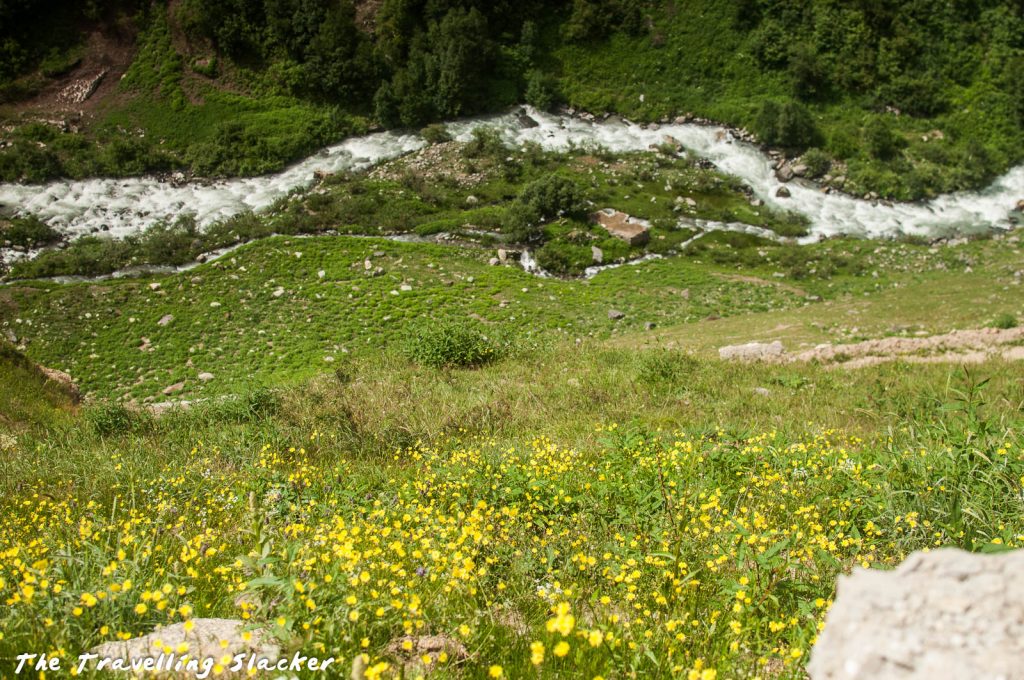 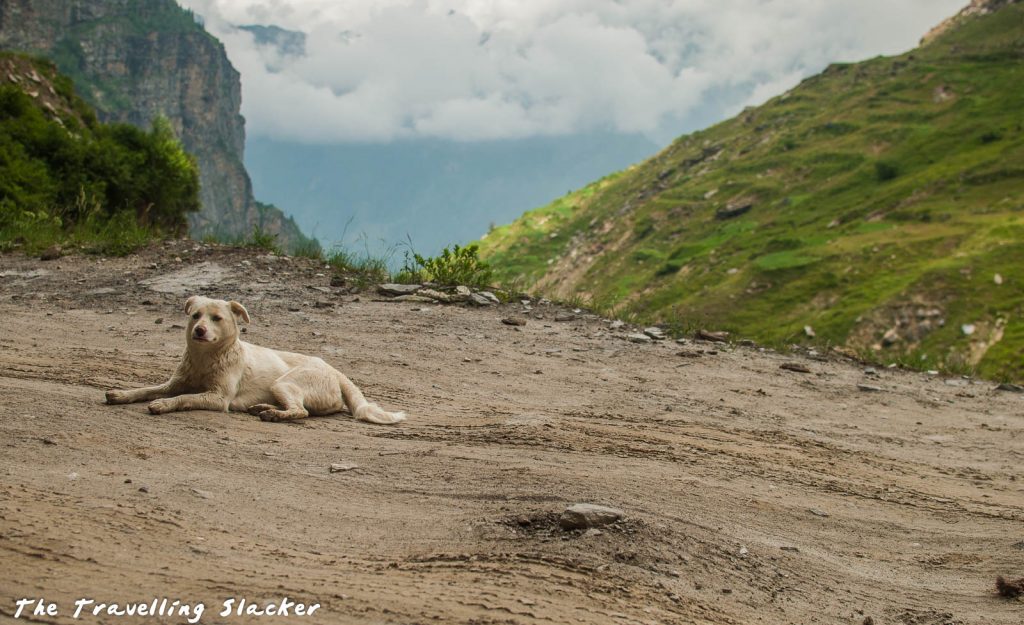 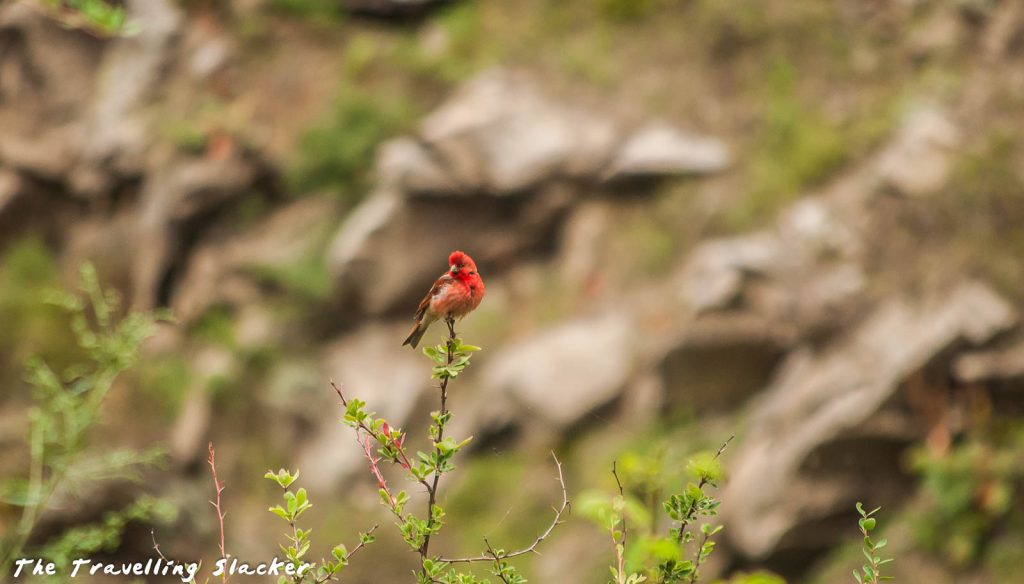 Eventually, I reached a point where the road takes a steep U turn. This is where I found the famous “swords” of Hudan. These are basically rocks, partially buried on the ground. There are some local legends flying pandits associated with them. Forgive me if this sounds interesting because I have no other details regarding this. This has been fleetingly mentioned in Minakshi Chaudhry’s book. 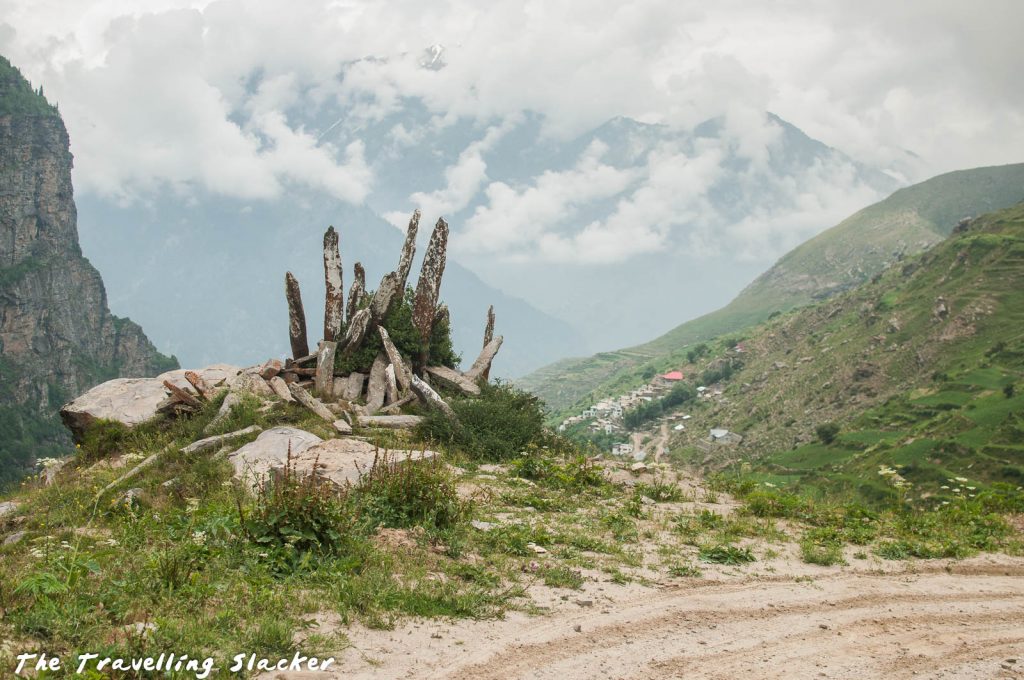 Anyway, I kept moving upwards and since I’d gained significant altitude by then, the views had gotten better. I struggled to find a horizontal portion throughout the entire valley. The villages are built on steep inclines. They cultivate a limited variety of crops in these slopes, and even the kids play on such tilted fields. Eventually, even the steep inclines also end and the ground nosedives almost perpendicularly to meet the lascivious stream. 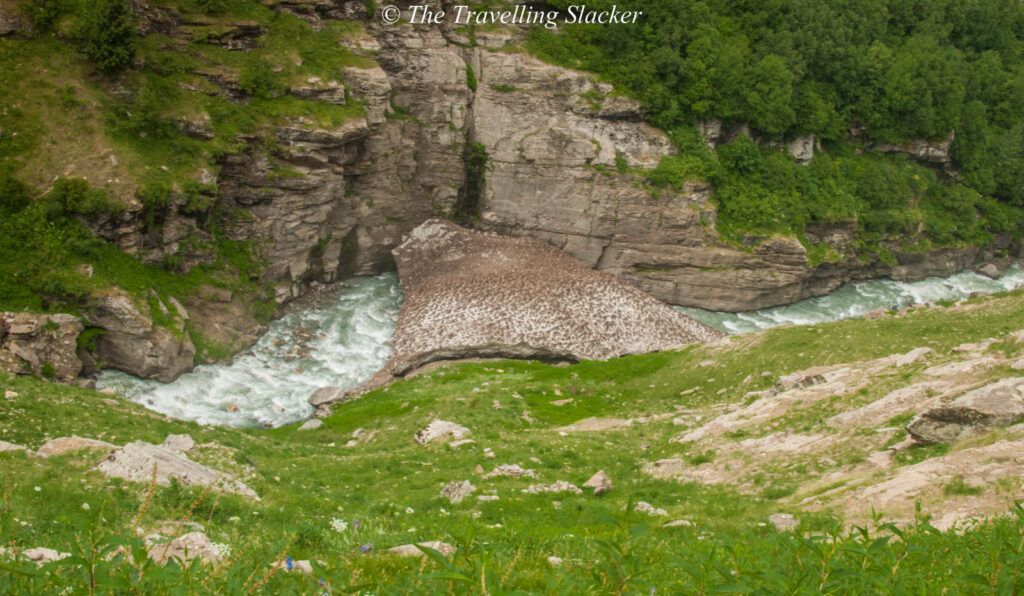 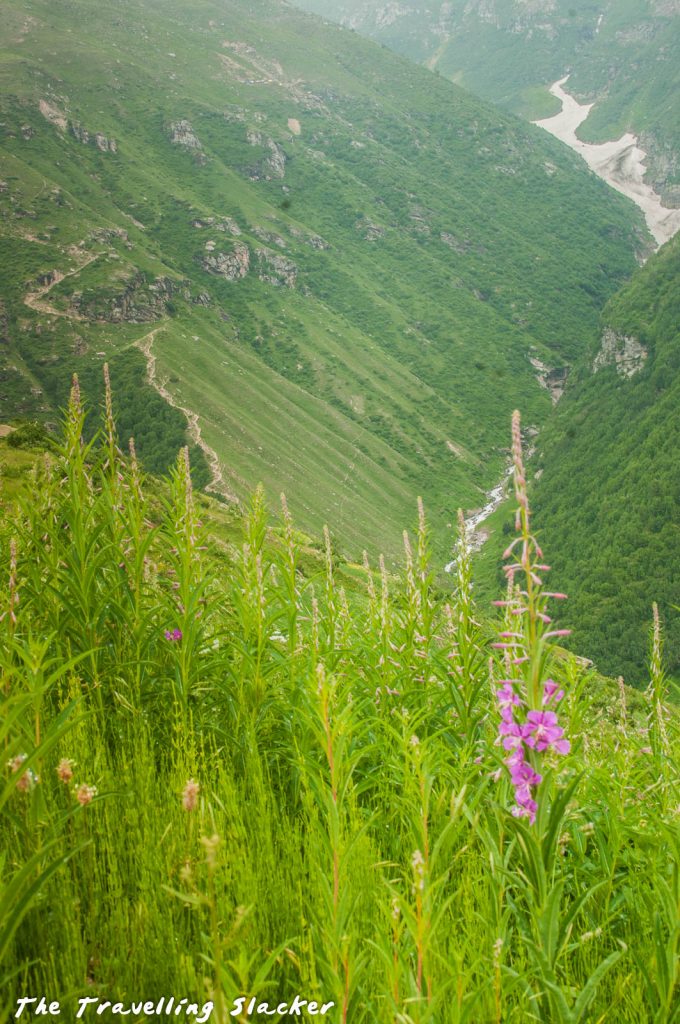 After around 4 hours of hiking I finally arrived at the village. The bus I missed earlier was returning. But it was going to come back later, and I had to do explore the area in the meantime. I saw a few small stupas, thus convincing me that I am entering Buddhist territory. 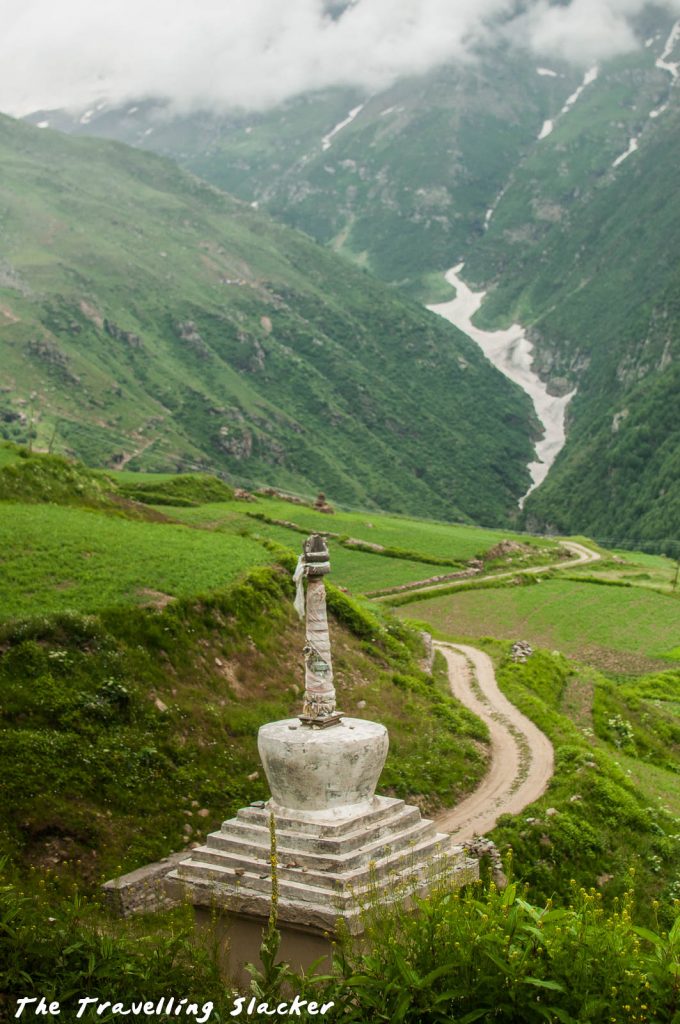 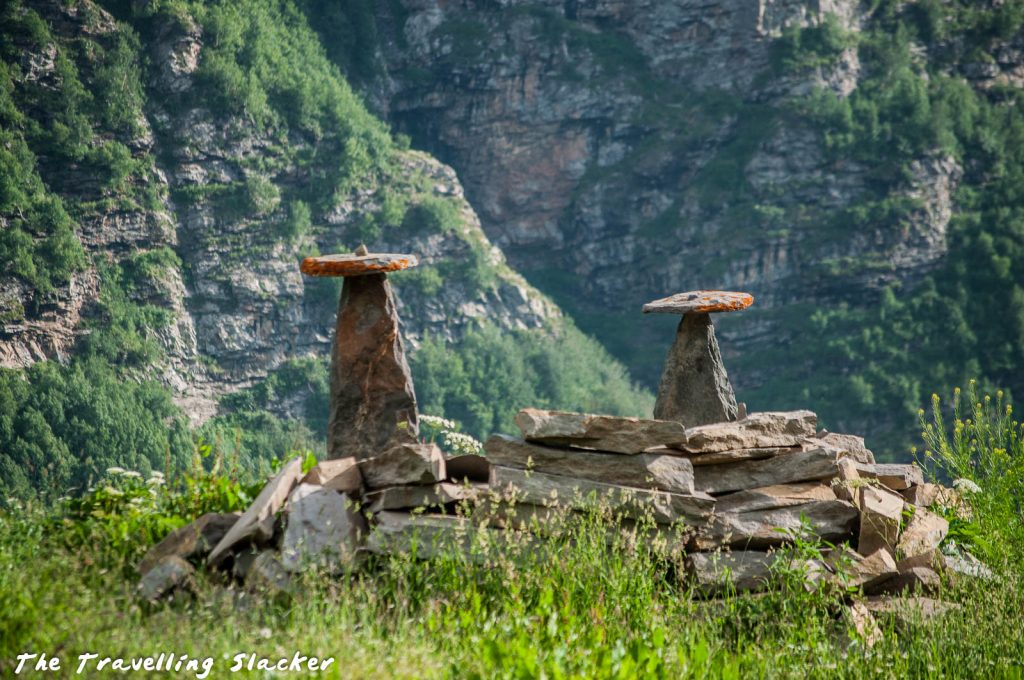 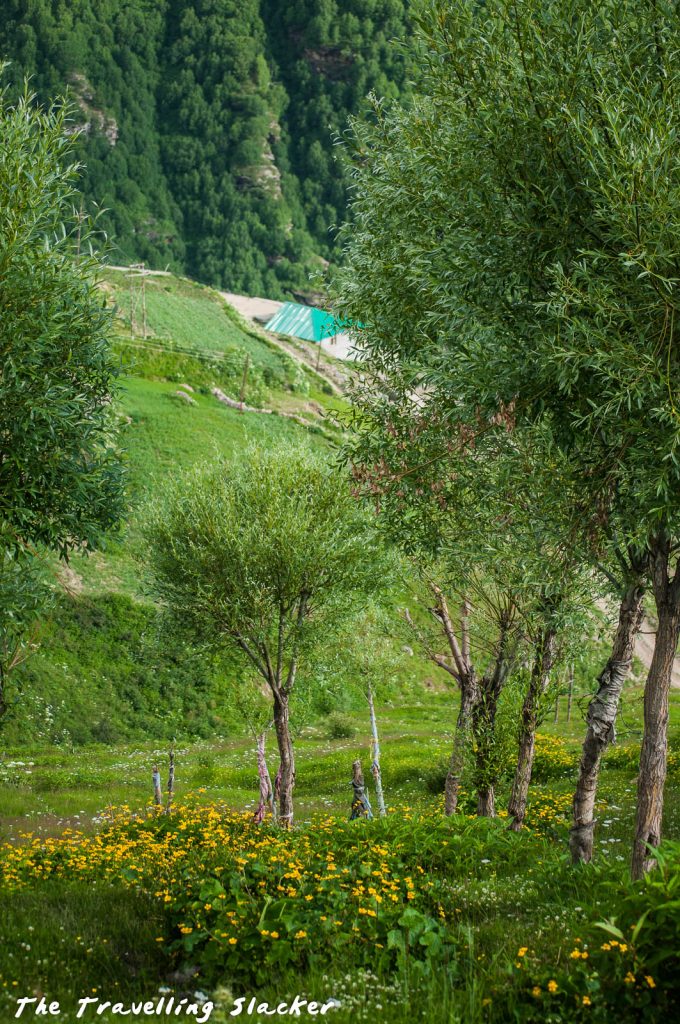 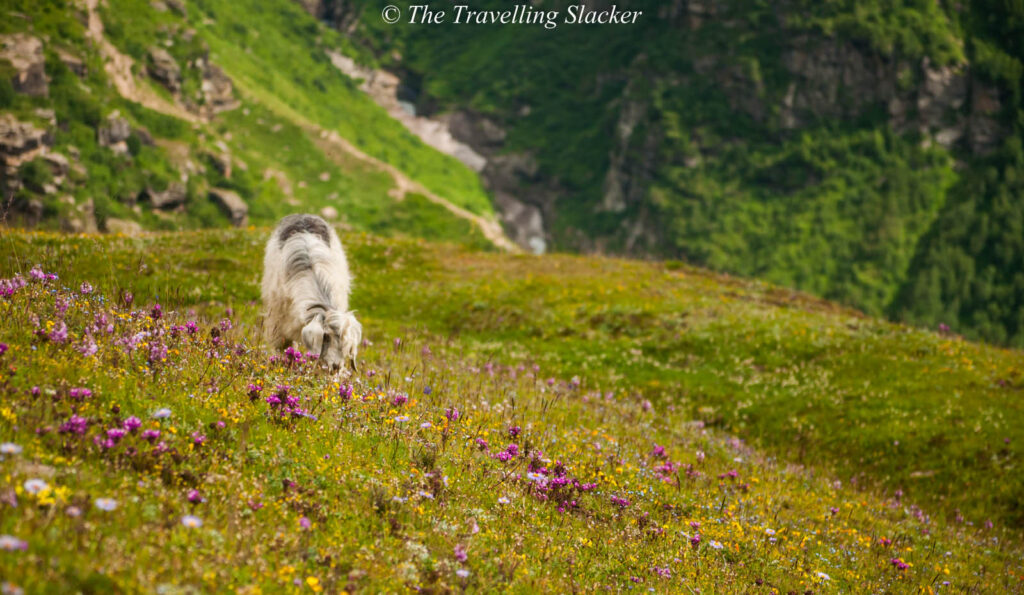 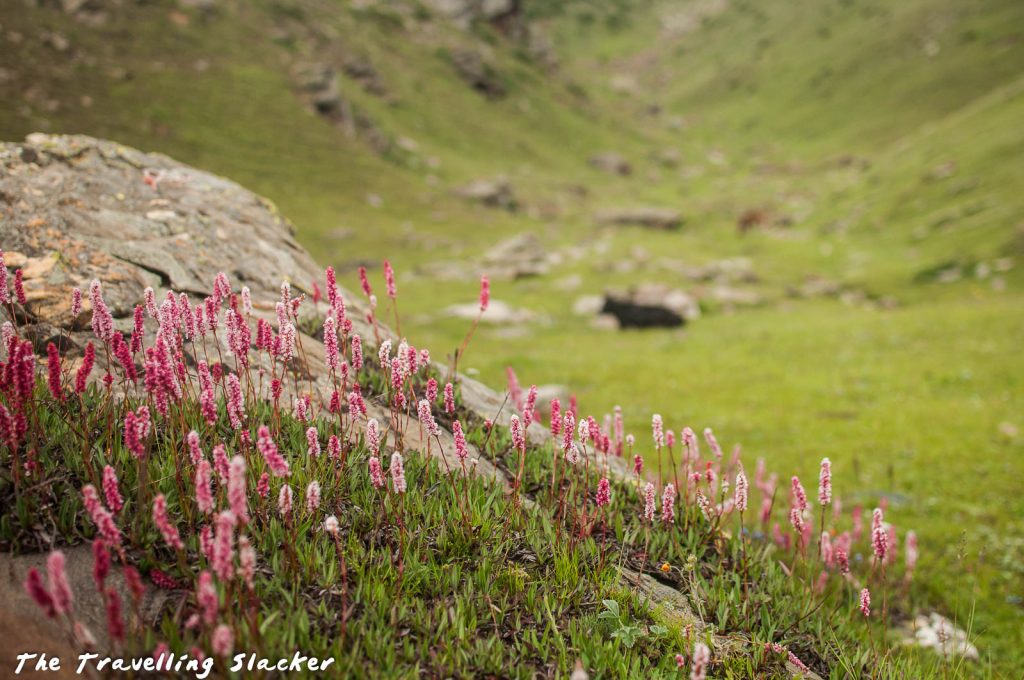 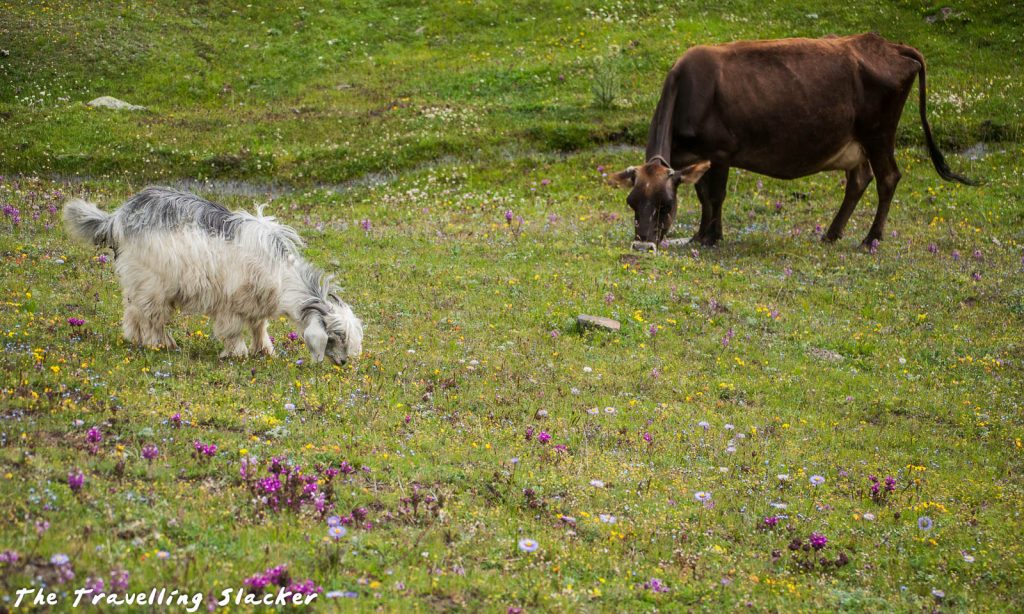 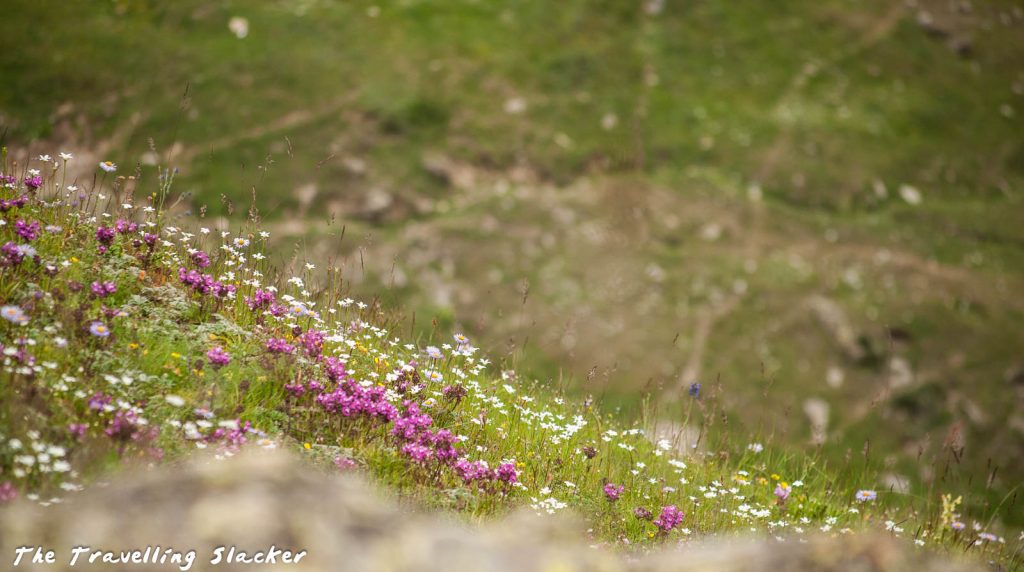 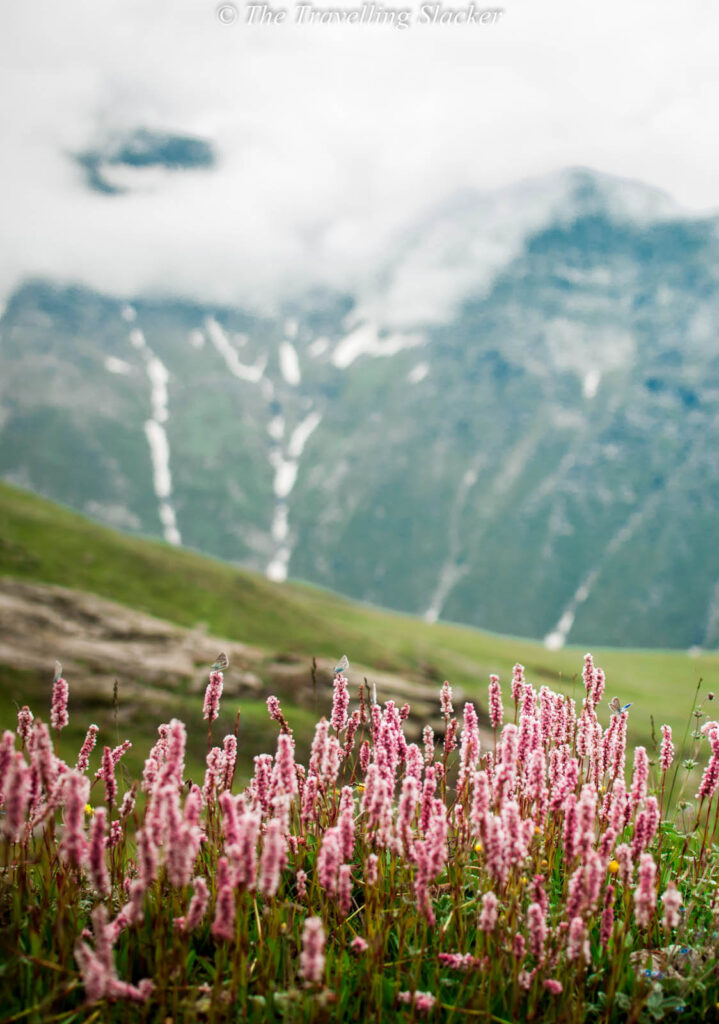 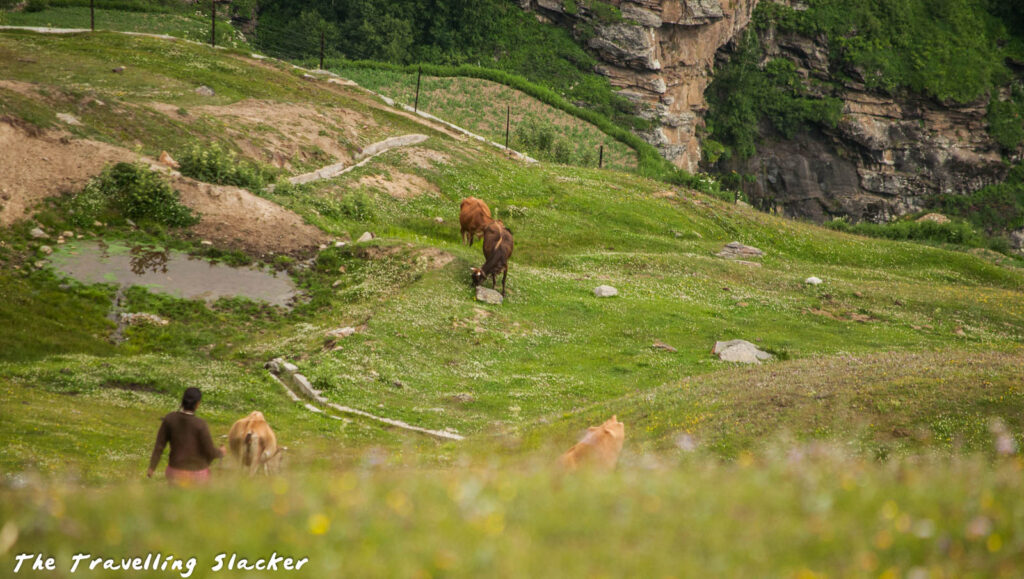 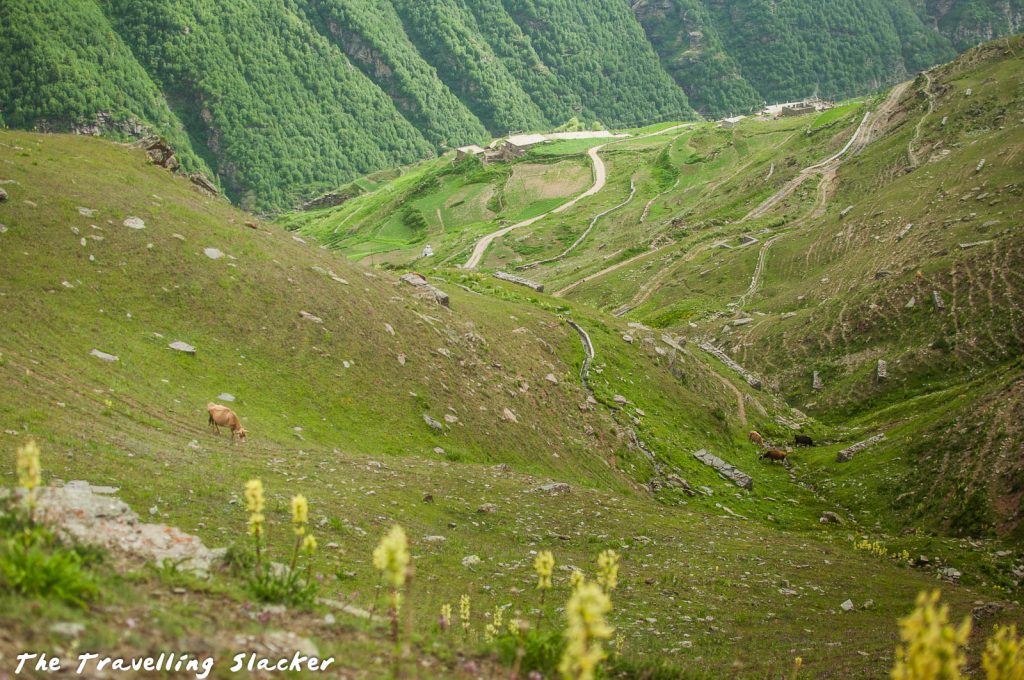 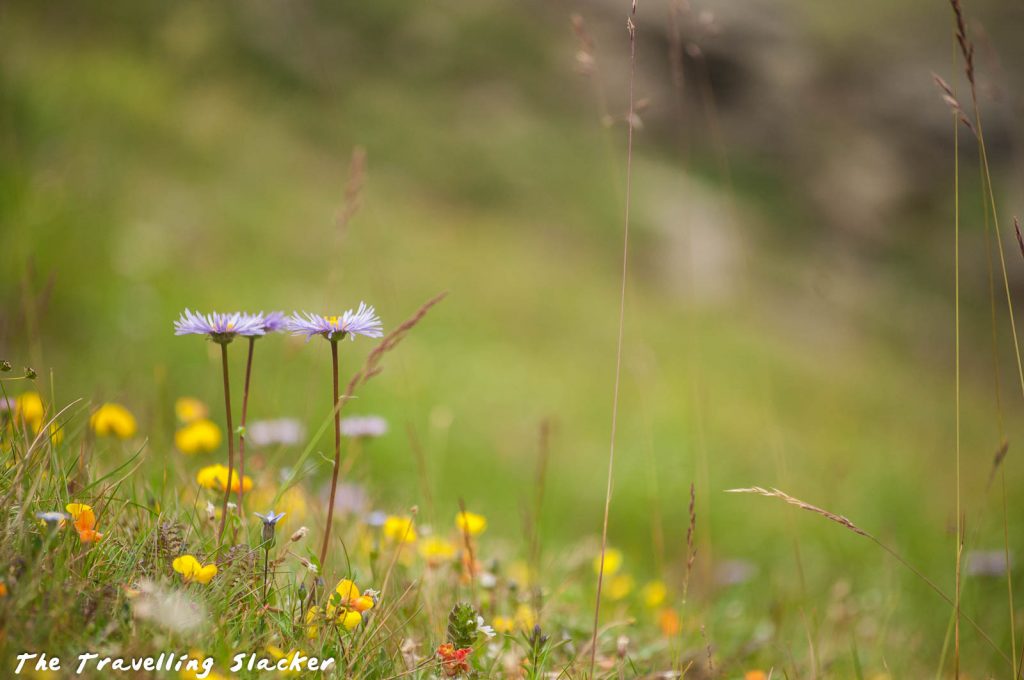 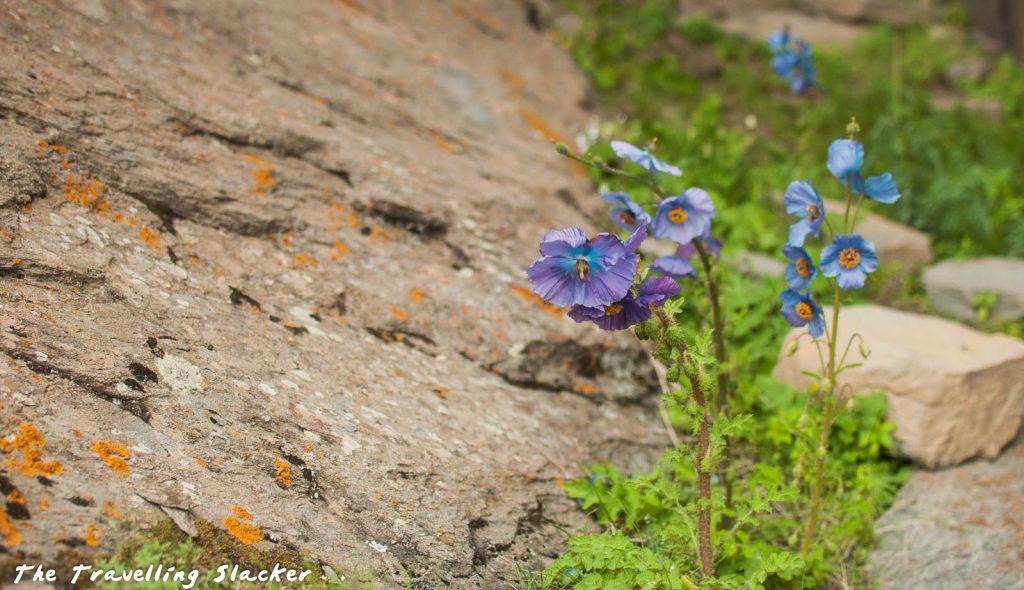 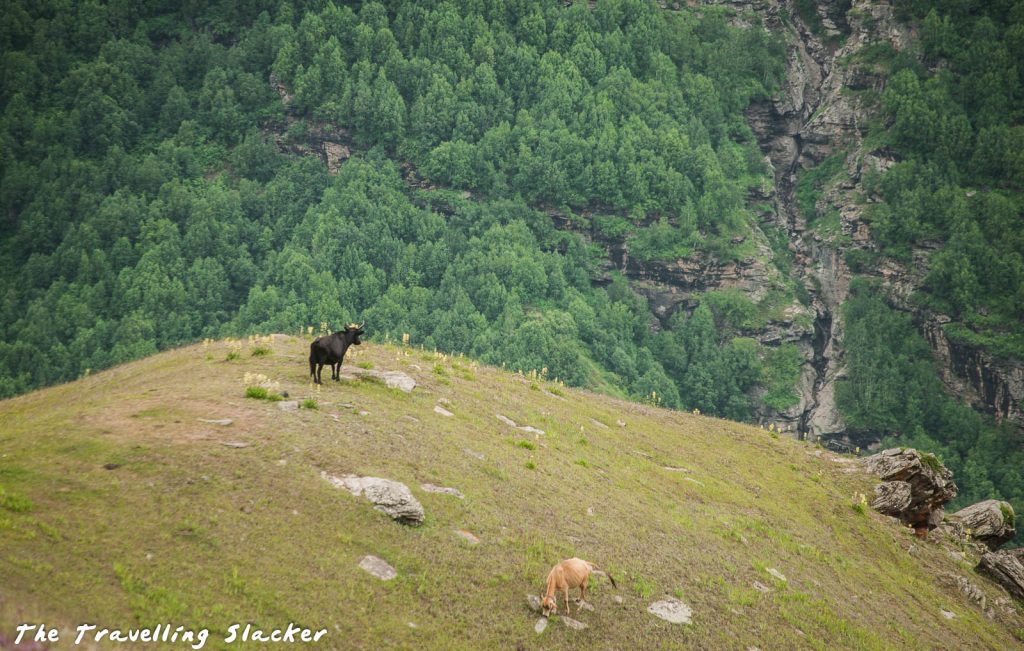 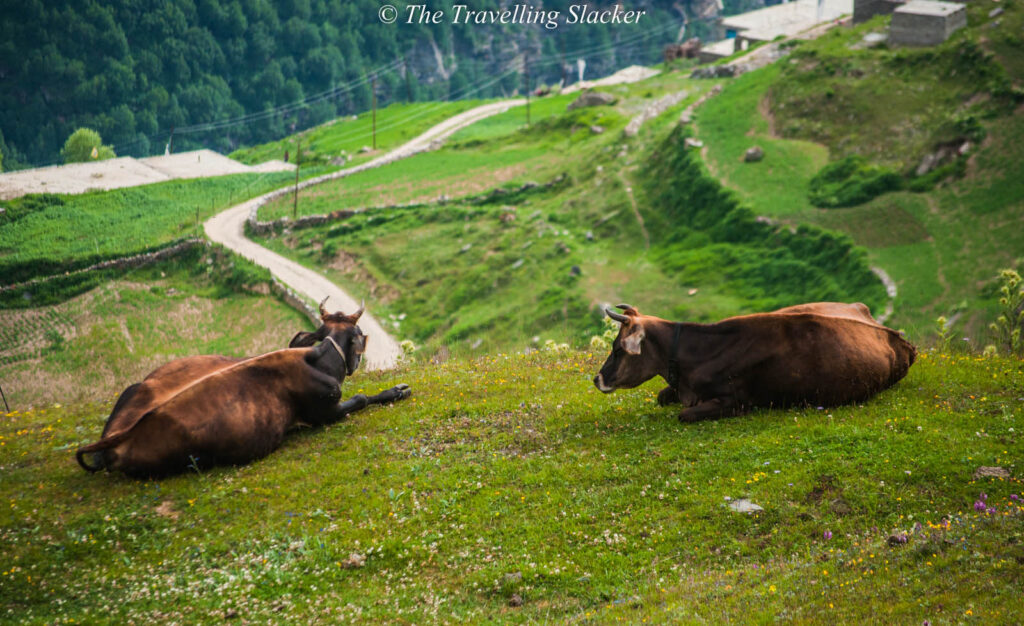 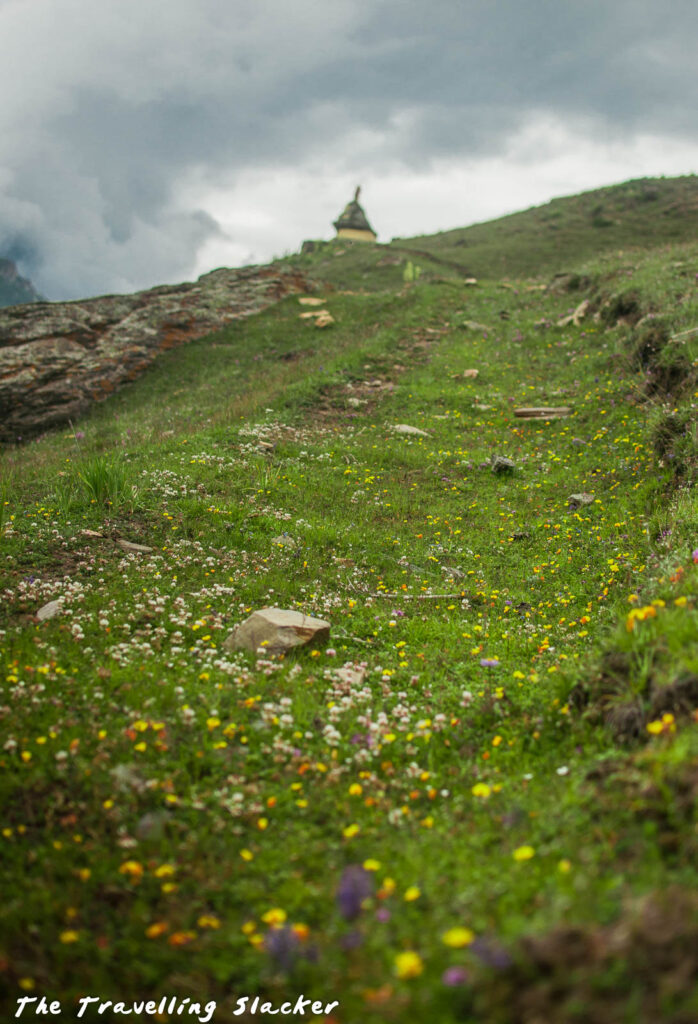 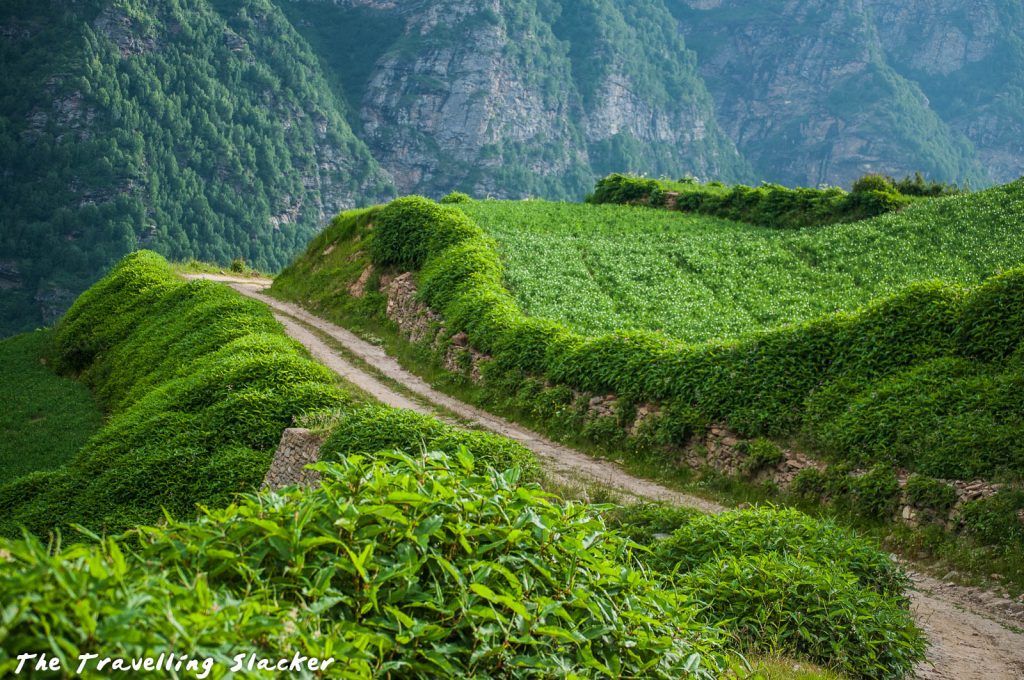 Eventually it was time for the bus so I bad adieu and started walking back. The bus seemed late but I’d done the hardwork already and the downward walk was not something that frightened me. Also, the light was still good and so I got some more pictures. The butterflies were now settling down on the flowers at the end of hard day’s work and cattle were returning home too. 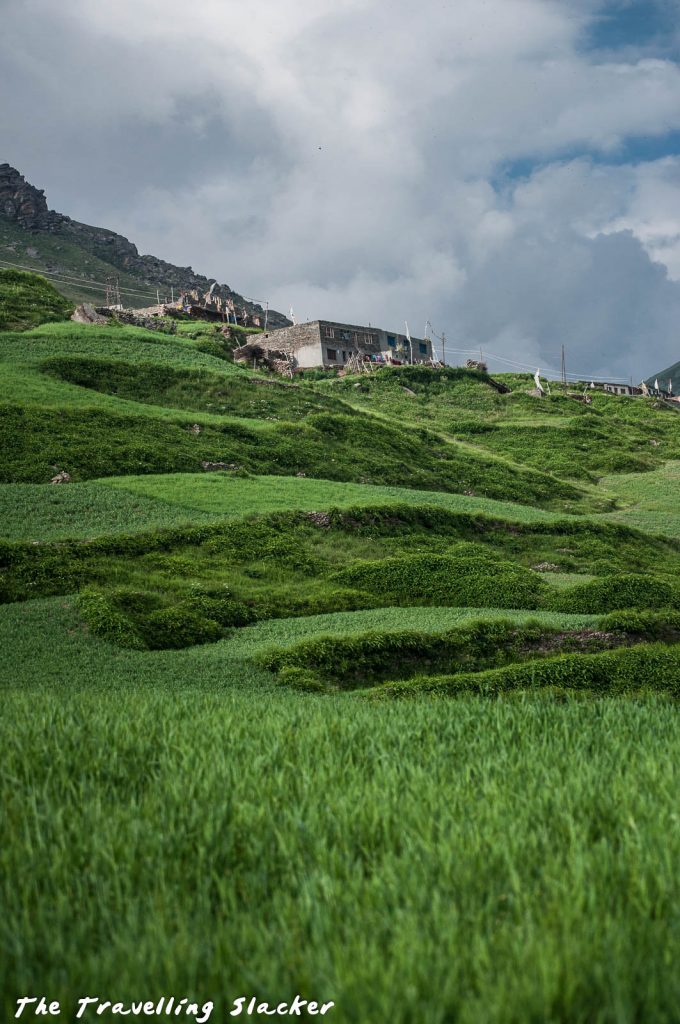 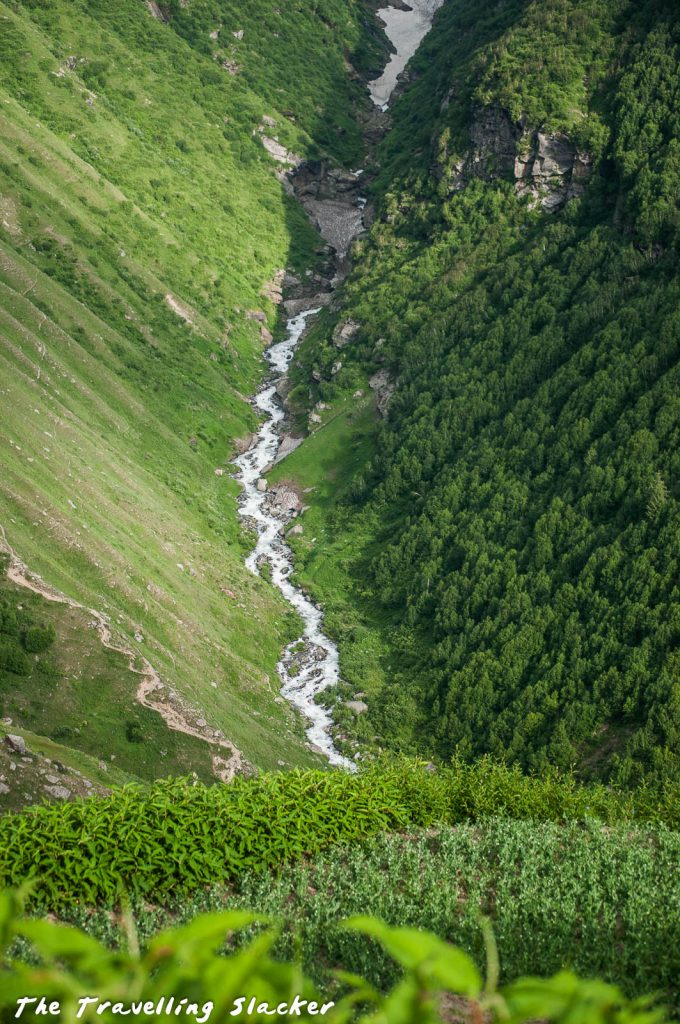 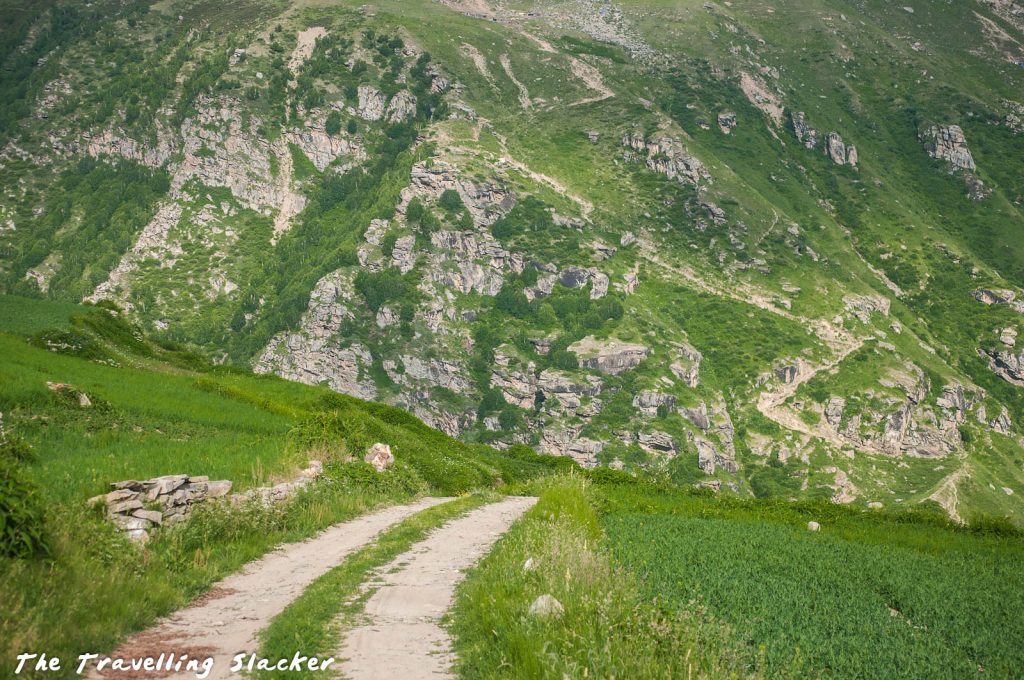 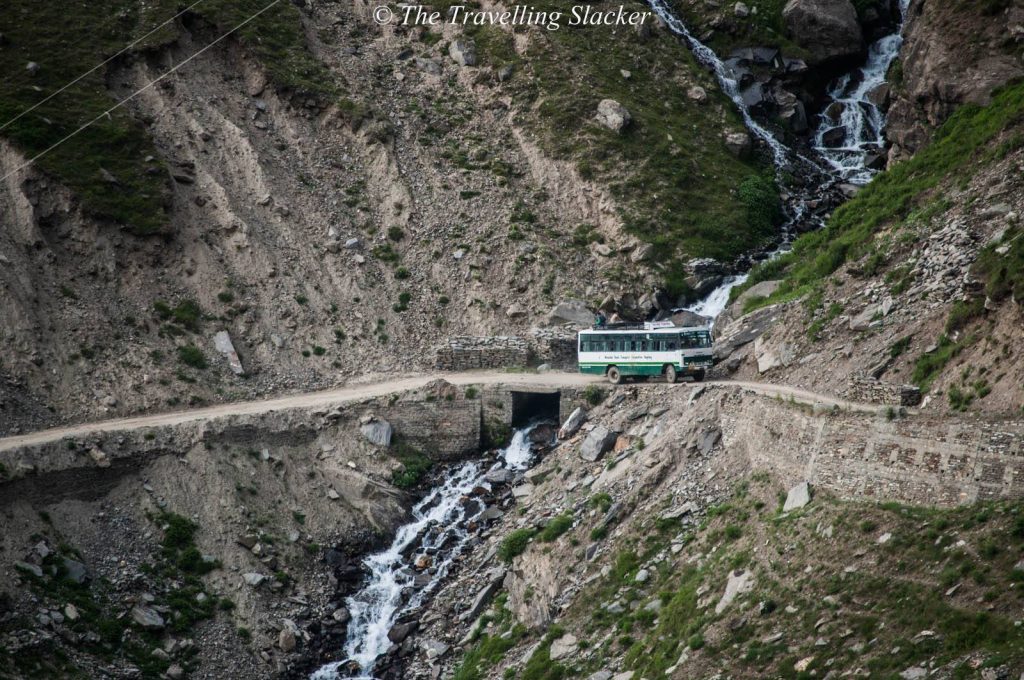 44 thoughts on “Hike from Killar to Hudan: Paradise on the Edge”