As suggested by Jeetender, we decided to visit Manikaran the next morning before leaving for Delhi. The India Vs Australia WC Semi Final was being played at that moment. But on hindsight, we were right to skip it. We just had around 3 hours for visiting Manikaran and coming back to Kasol.

We waited for around five minutes for the bus but ultimately we got impatient and started walking. We figured that the difference in altitude between both places is not much and so we can just have a brisk walk. The decision turned out to be a good one. Views were good and it was pleasant to walk under the cool morning sun. After around an hour of walking we got a glimpse of the shrine and bright flags fluttering atop it. 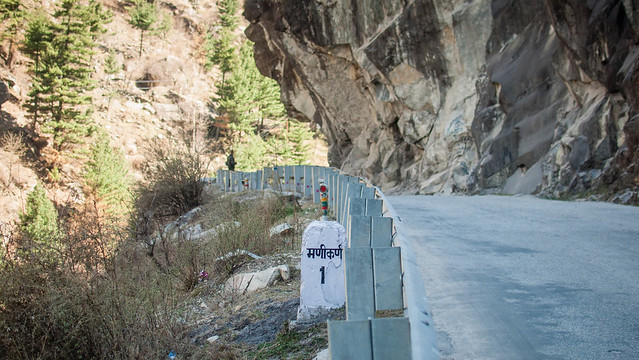 We slowly approached the temple but only noticed large garish concrete constructions. These are lodges and shops built haphazardly for the pilgrims, precariously hanging from the edge of the hill. They were somewhat eerily reminiscent of the buildings in Uttarakhand washed away in the floods. These structures have been built so densely that the main shrine has become invisible from a distance. According to Sikh legends, Guru Nanak once tried to cook food for the langar (community kitchen) here but there was no firewood. So, he told a disciple to lift a rock and there was boiling water underneath. 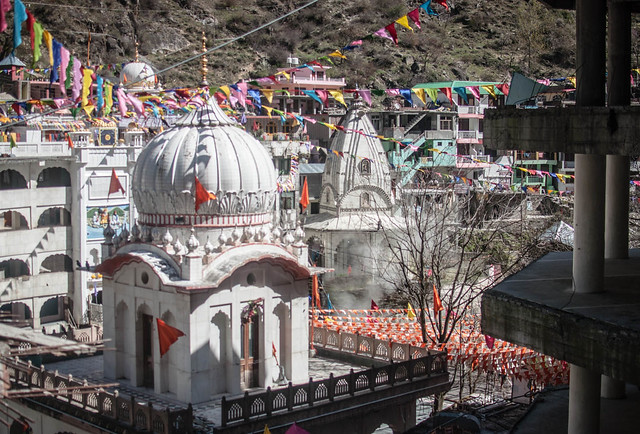 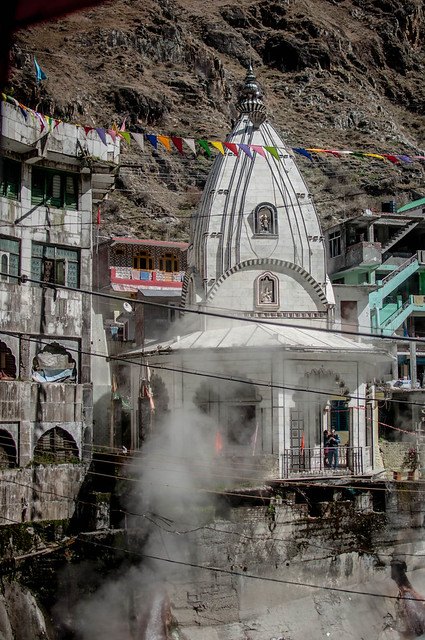 Anyways, we entered the compound and finally located the Sikh shrine, which was expectedly grandiose with its white marble domes and saffron flags. We passed the temple and crossed a small bridge over the river. We could already see the smoke coming out of the hot spring located beneath the structure. The other side has basically been turned into a hot bath for pilgrims. There were different compartments for males and females. As we entered inside, we started sweating. We saw a very small tunnel that led to an inner sanctum which was even hotter and even the floor was burning our feet. We could not tolerate it for more than a few seconds but the other pilgrims seemed to be enjoying it. 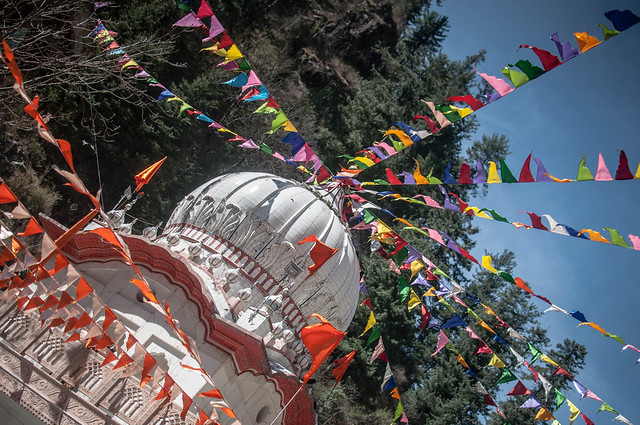 A small underground pathway led us to the other side of the town, which is essentially the Hindu side of Manikaran. This lane is also lined with shops selling small collectibles, religious souvenirs and food items. According to mythology, while Shiva and Parvati were walking in the valley (which is now known as Parvati Valley anyways), Parvati dropped her earrings. It was seized by Shesha Nag who descended into the netherworld. He was forced to surrender when Shiva performed the Tandava Nritya and shot the jewel up through the water which also explains the hot spring. 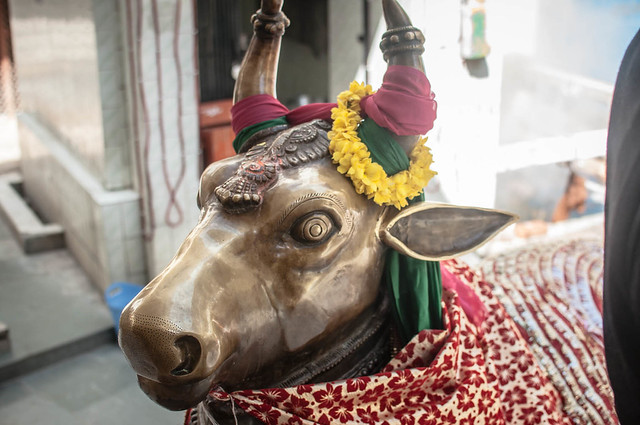 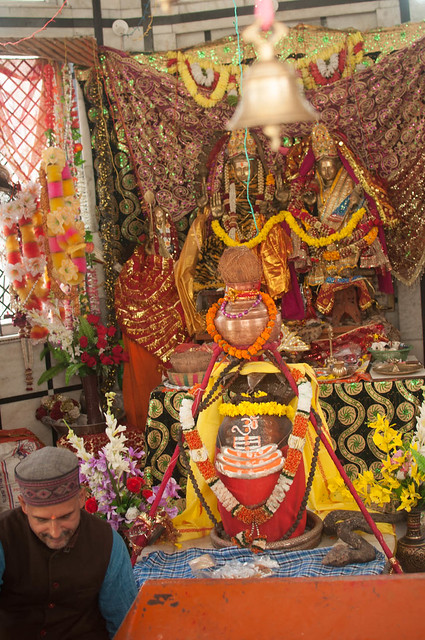 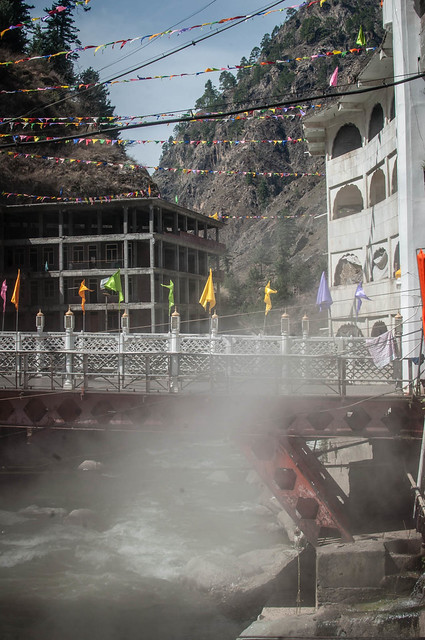 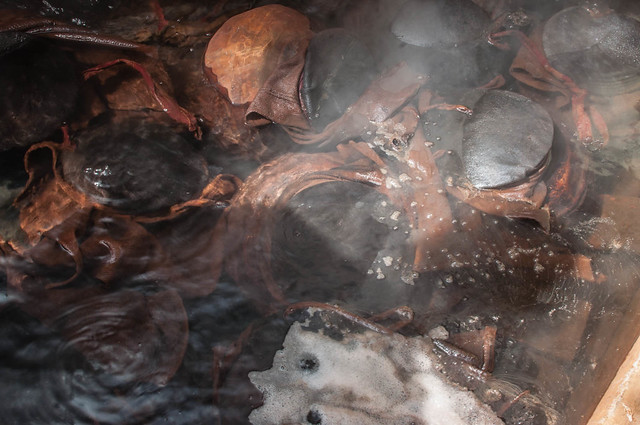 We entered the temple and paid a visit to Lord Shiva although Nandi statue was more prominently noticeable. What attracted our attention here is that we noticed several copper pots closed tightly and immersed in the small reservoir with hot water from the underground spring. After a bit of inquiry we found out that food is being cooked using the geothermal energy. One person was also selling small pouches of rice for those who wanted to experiment. We bought one pouch and put it in the boiling water. After 15 minutes we pulled it back and there was cooked rice inside! All the food for pilgrims here are cooked this way without the use of any polluting fuel. Manikaran can surely be proud of their carbon footprint or the lack of it.

6 thoughts on “Manikaran: The Greenest Langar Ever”