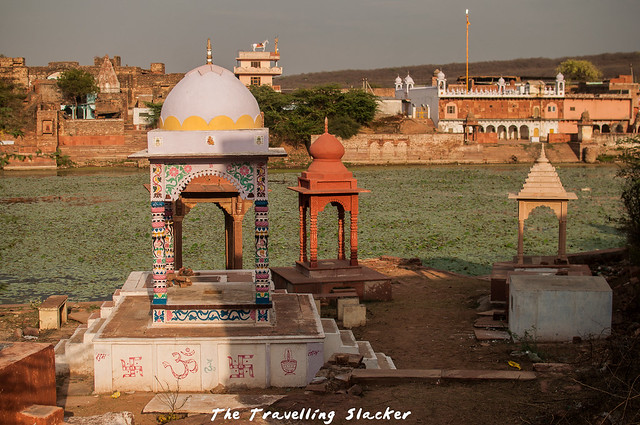 The problem with visiting slightly obscure places is that the success rate generally remains on the lower side. Lack of proper information is a major issue for such locations. Such places generally lack tourism infrastructure because even the locals are yet to realise the importance of what lies beneath their backyards.

As usual, I made another such trip to Dholpur last week, a short one day trip to locate a couple of partially ruined monuments. Although technically Dholpur belongs to Rajasthan, it is a part of the ravines area on the banks of Chambal. More famous districts of this region are Bhind and Morena, on the other side of the river.

The first one I managed to visit was Macchkund Temples, located around 4 kms away from the main city. I started from Delhi early morning on the Taj Express and reached Dholpur within four hours. The heat was pretty intense and I had to quickly take refuge in a hotel near the station. Later in the afternoon, the heat subsided and I started walking towards the temple. According to the map, it was a short diversion from the main road going towards Gwalior. However, after a while I realized that it is not as near as it seemed and hired a autorickshaw. He demanded an exorbitant INR 150 sensing that I am an outsider racing against time. He was right and so I agreed.

It took around 10 minutes to rich the place, which is located at a slight elevation from the road. The first big building I noted was in fact not a temple but a Sikh shrine. I walked past it and finally saw the lake with very shallow water level owing to the very winter that had just passed. Across of temples were lined along the entire circumference of the pond. 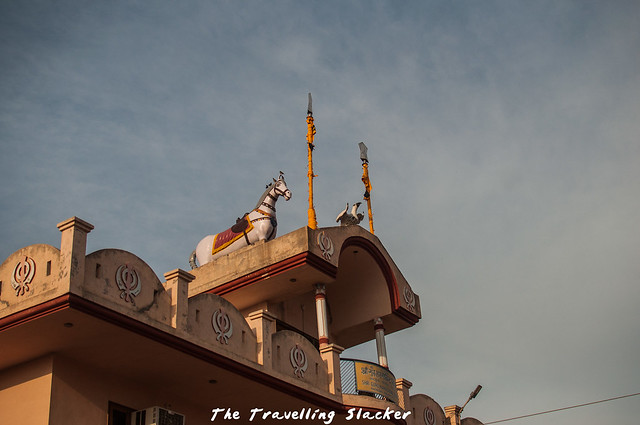 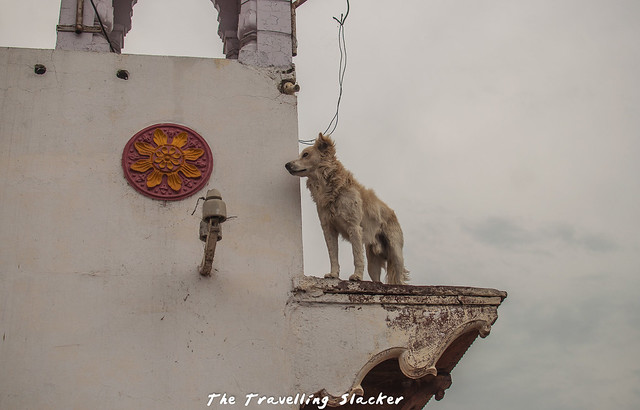 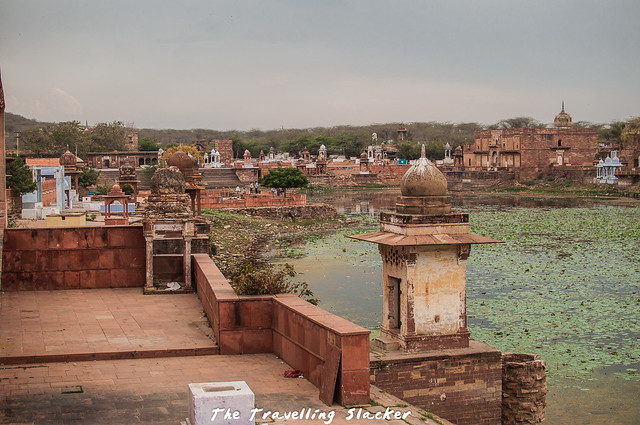 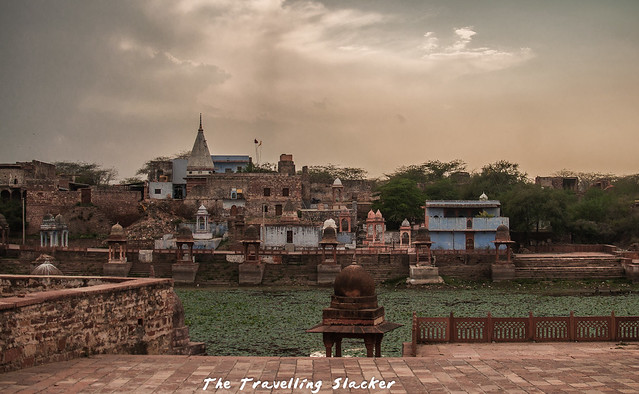 I have found several mythological stories regarding Macchkund. It is attributed to a puranic king belonging to the Suryavansha (Solar Dynasty). However, I am not yet sure about the actual historical details. I am sure they were built in the medieval times by one of the Rajput clans out here but I am not sure how. 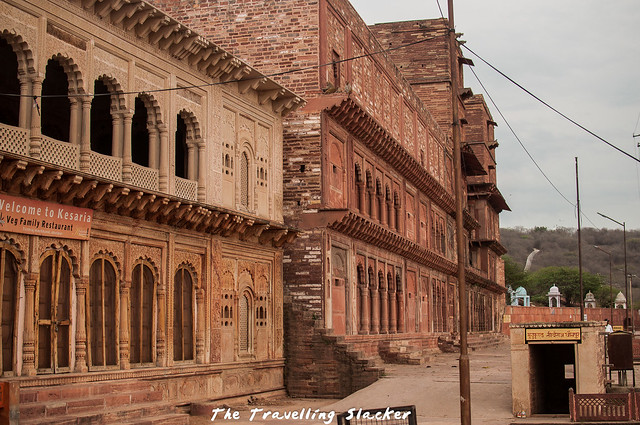 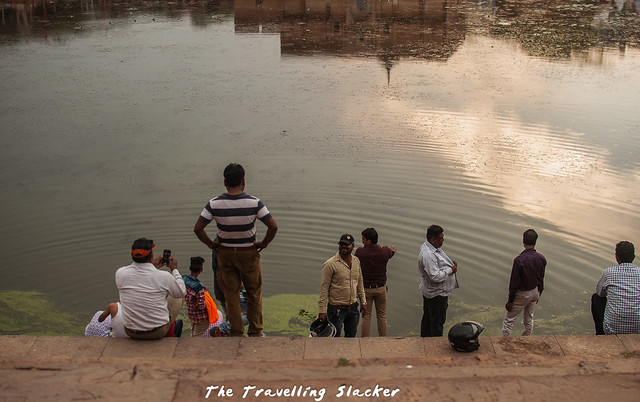 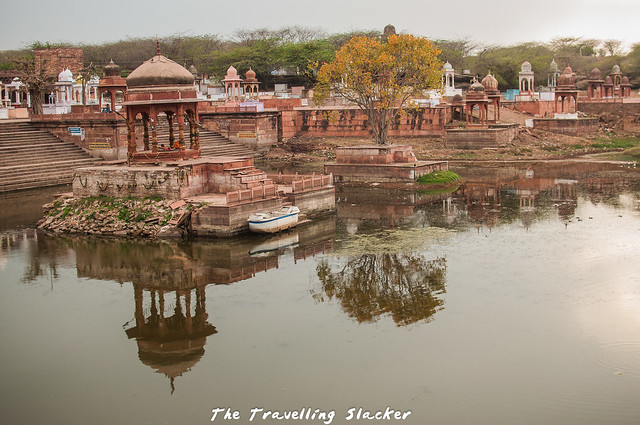 If I must draw a comparison for the sake of simplicity, the best option would be Pushkar. Macchkund is a smaller and non-touristy version of the famed temple town. Not too many people come here except local devotees and so there is not tourism infrastructure. Which fine according to me but the site also seemed to be in need of a bit of maintenance. 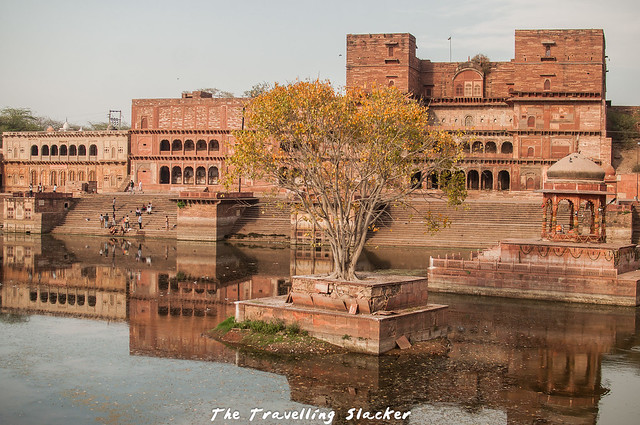 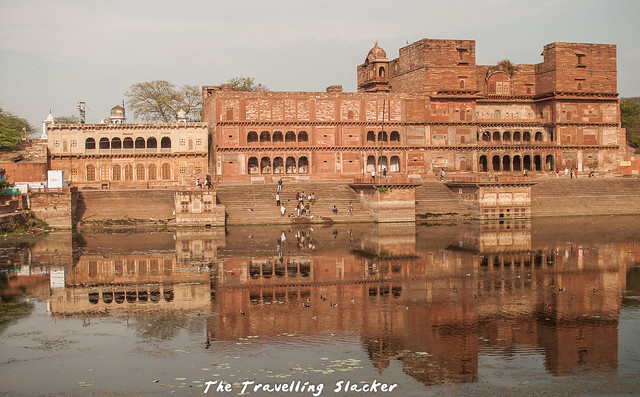 Anyways, I took a round along the pond and clicked pictures from all vantage points. The temples were not focused on only one deity and I found temples dedicated to several deities. Apart from the temples, the banks were full with cenotaphs, apparently donated by people in memory of their deceased ancestors (although I might be wrong in this assumption). 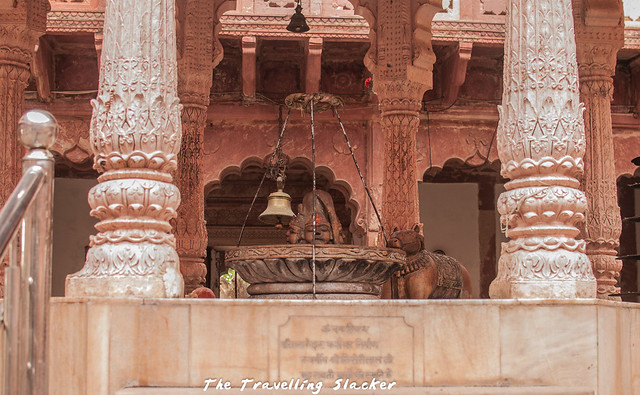 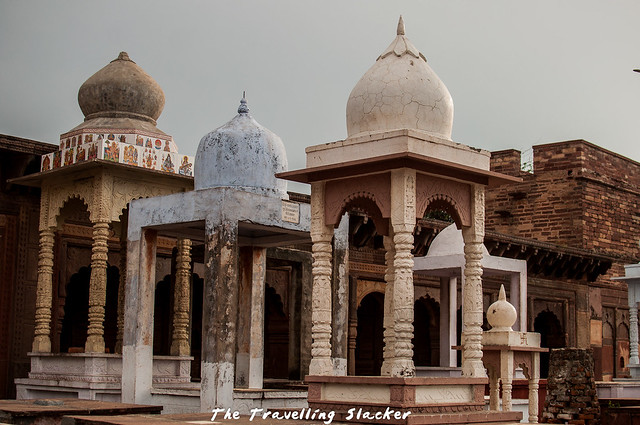 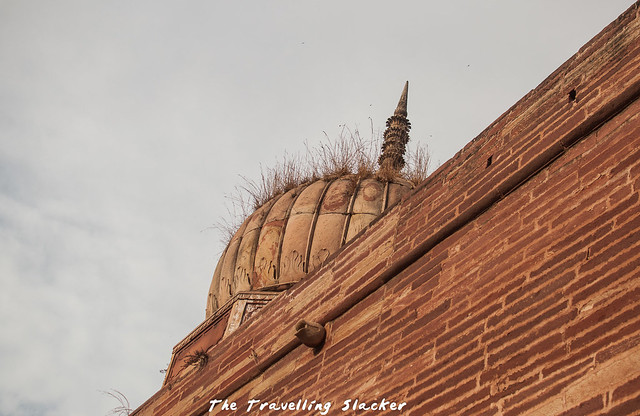 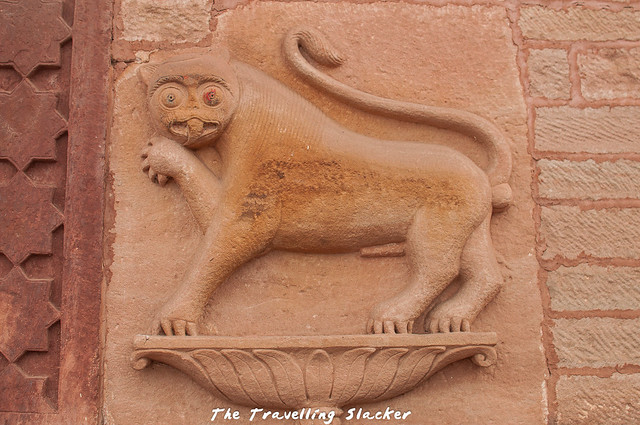 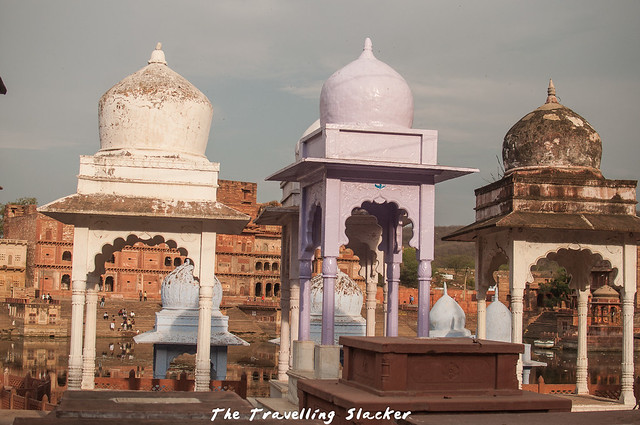 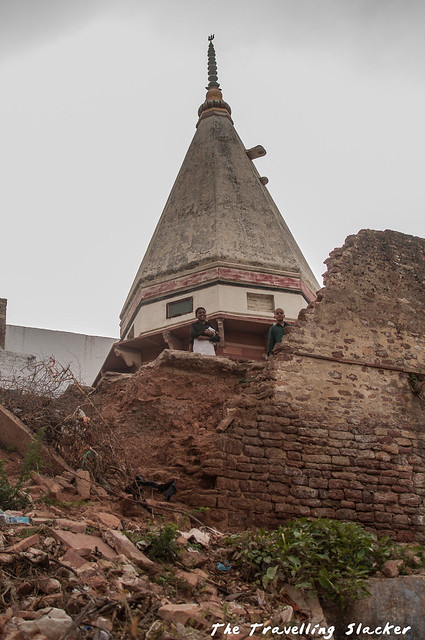 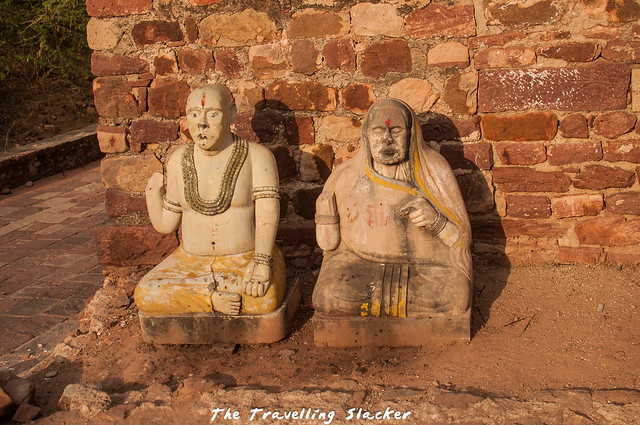 I will leave you with these images for the time being because even I do not know much about the history. I am surely the entire complex was built over centuries but I need to ask some better people for teh details.

12 thoughts on “Machkund Temples Dholpur: Pushkar in the Ravines”