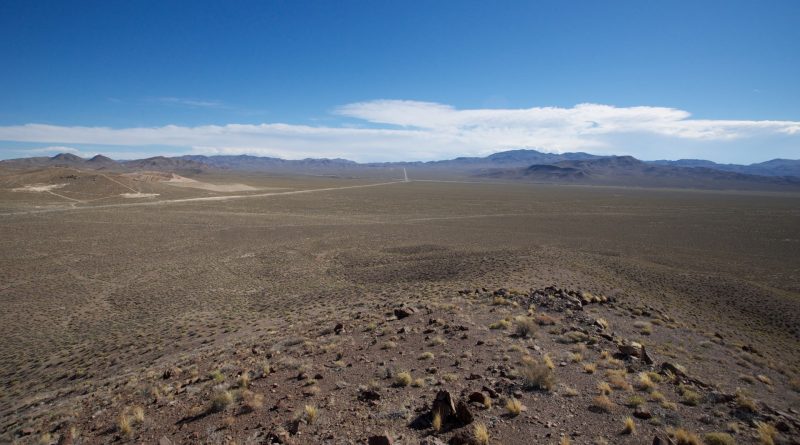 The American state of Nevada is one of the most fascinating places in the entire country. Nicknamed The Silver State for the great silver strikes that made its fortune in the 1850s, Nevada was officially founded as the 36th state in 1864. It’s also one of the most geographically extreme states due to its location in the middle of the Great Basin, which creates a climate and environment that is unparalleled throughout the rest of the country.

A surprisingly short distance away from the neon-lit strip of casinos and gaming palaces that make Las Vegas a paradise for poker players lies some of the most expansive desert countries in the whole of the US. Northern Nevada is dominated by the Great Basin Desert. The South is comprised mostly of the Mojave Desert, and there are even plenty of smaller deserts like the Black Rock Desert to be found throughout the rest of the state. Naturally, this makes it a dream destination for anyone seeking a unique vacation experience.

As much as Nevada is home to unique landscapes with their own fascinating biodiversity, it’s also home to big cities like Vegas, Reno, and the capital of Carson City. It’s easy to travel to and there are plenty of places to stay that have all the comforts of home. If you’re thinking about taking a trip to explore Nevada’s desert lands, it’s best to start off with some of the many national parks that can be found within its borders.

Incredibly, the Valley of Fire State Park is situated just 88km away from downtown Vegas, but the two places couldn’t be further away from each other in terms of landscape and climate. The oldest state park in Nevada, the Valley of Fire’s vibrant red sandstone formations for which it was named have actually existed for millennia and date all the way back to prehistoric times.

Death Valley is a notorious place. Not only is it the driest and lowest geographical region in North America, it also happens to be the hottest place on earth. Die-hard adventurers will be pleased to learn that a small portion of this massive valley (which stretches right the way across the California-Nevada border) is situated in Nevada territory and easily accessible, aptly named the Gateway to Death Valley.

There’s plenty to do here, including hiking, horse riding, mountain biking and backpacking. As a word of caution, always find out about the environmental conditions at the Beatty Ranger Station before heading out on your trek. It’s a different kind of extreme compared to the likes of Everest base camp.

Sitting in the shadow of the magnificent Wheeler Peak, the Great Basin National Park provides a complete contrast to the overwhelming heat and aridity of Death Valley. The park is famous for its magnificent 5000-year-old pine trees, and in the winter it becomes a snowy wonderland that’s perfect for skiing.

There’s plenty of hiking to be done here, with numerous trails catering to people of all fitness levels and experience, and the Lehman Caves and Baker Archeological Site offer a fascinating glimpse into the park’s ancient history.

To really get a taste of the wild outdoors, visit the park during spring or autumn and camp out.

Although not as wild and rugged as some of Nevada’s other hotspots, Lake Mead is still a must-visit for any adventurer who visits the state. The lake itself is actually a reservoir, the largest in the US, and was formed by that National Historic Landmark and triumphant feat of engineering, the Hoover Dam.

Tours of the dam are always popular. There are plenty of other year-round recreational activities to enjoy here, including hiking, boating, cycling and off-road driving, as well as plenty of fishing and picnicking spots. You can even rent a kayak and hit the Colorado River rapids for some added thrills.