So, this is NOT a travelogue. If you want to read a travelogue you can read my Malana post from 2015 that also has other practical details about reaching the place. I am having to write this one due to certain interesting developments in Malana in the last few days, and also because I coincidentally happened to be around when this development was taking place.

What exactly has happened in Malana?

So, the news is that the “deity” of Malana is angry due to the excessive intrusion of the tourists. Many in the village are also suffering from various illnesses and such instances are being attributed to the impact of the outsiders. So, the deity no longer wants to host them and hence all the operating guest houses have been asked to close down. So, in short, you can no longer stay in that village at night.

What the Malana Ban actually means?

While we tend to exoticize the eccentric rituals of places such as Malana, I think the logic is simple. The village elders must be wary of the excessive tourism growth in the region because it is primarily driven by the lure of Malana Cream, and related byproducts of similar nature. I am sure assorted rave parties and loud music must have been found their way into the village too. So, they might have invoked the deity simply to make everyone comply because it is also going to affect the livelihood of those from the village who are involved in tourism.

So, can the tourists still visit Malana?

Yes, tourists can still visit Malana, like I did a couple of days ago. But what they can’t do is to stay overnight. So, you must start early, visit the village, and come back before it is dark. I am not sure if there is going to be a complete ban on visiting the village but as of now it is possible. Also, the restaurants were still functioning. So, one could visit and eat at the place but can’t stay.

Was this step necessary? What will be the repercussions?

I am not a fan of censorship or moral policing but I guess something was brewing in the region for a while. This has to do with the lack of sensitivity and common sense on part fo certain tourists, and also the greed of certain locals who benefitted from the tourist influx. Entire stretches of the Parvati Valley looks like a cacophonous carnival. Many great destinations in the area have been ruined by irresponsible tourism. Last year I was horrified to see the amount of littering at the Kheerganga Top. My recent visit to Tosh also failed to delight me. So, I think this step was indeed inevitable.

UPDATE: Stay atop Kheerganga has been banned too. 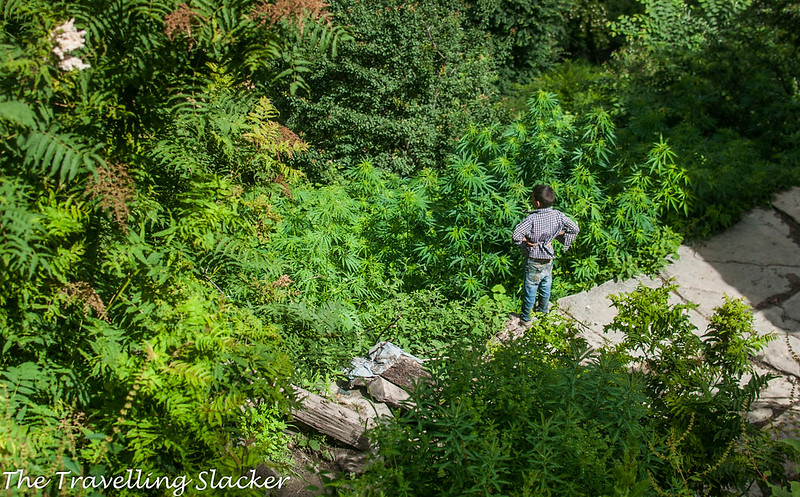 Tourism surely has brought economic prosperity to the region but a focus on sustainability has become necessary. Also, the sudden rise in tourism has made the youth go after easy money. Prices of accommodation and other services are also going up in most places. For example, a couple of years ago, we were quoted INR 500 for a taxi from Jari to Malana entry point (from where one must trek to reach the village). This time the union seems to have built a stronger hold and the fixed price now is INR 850 for that less than 20 KM stretch. On top of that, while returning, when someone tried to give us lift, one of the local drivers got very angry and tried to stop that guy from offering lift.

Considering such aspects, I guess for the time being the ban will prevail but there is going to be a generational conflict between the locals. After all, even during this trip came across many villagers offering to sell “cream” (for INR 3000-5000) openly. At least a couple of generations here have grown up learning how to make a living from this and one must understand that everyone wants to earn more and live a better life. So, I am not sure where this is going but it demands a more practical and sensitive handling.

So, where does one stay near Malana? I can think of the following options…

27 thoughts on “Malana Tourist Ban: What it Means, and What it Doesn’t”