I had not done any research on Bundi before reaching Kota. I was mainly attracted by the Chambal (that I will discuss later on). Nevertheless, I realized that I had an extra day and the road signs displayed Bundi prominently and it was only 38 kms away. So, I just reached the bus stand and hopped onto a bus.

Now, Bundi turned out to have much more than what I could manage in 4-5 hours that I had in my hand. Nevertheless, I made a serious effort to cover all the major attractions. Thankfully it was a small town with most of the landmarks concentrated within a small quarter of the old city. Also, it had to click more photographs here compared to what I did in the entire trip. So, I have to publish them in parts because there are too many for one post. Today I am covering two of the monuments that I visited first.

This monument is the most secluded. New settlements have grown around it but I am sure in the olden days it used to be located on the outskirts of the town. But it is near the bus stand and you should visit it first before going to explore the old town. I noted it from the bus itself and traced it back from the bus stand. I walked for a few minutes and the structure became visible, a very tall one, towering over everything else. 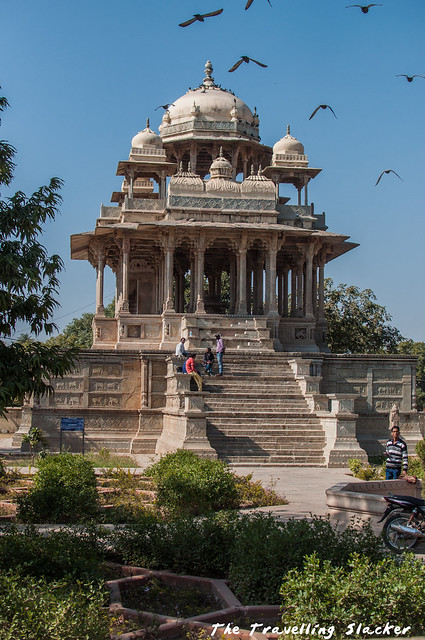 Upon reaching the gate, I had to pay an entry fee. The fee for seeing only this monument was INR 50 but there was the provision of a composite fee to cover three monuments for INR 75 (84 pillared cenotaph, Sukh Mahal and Rani ki Baori), so I opted for that. However, these three did not include the main fort, as it turned out, they had their own fees. Also, in the end, I could not find time to visit Rani ki Baori. That regret will remain but let us now get back to what I did manage to see. 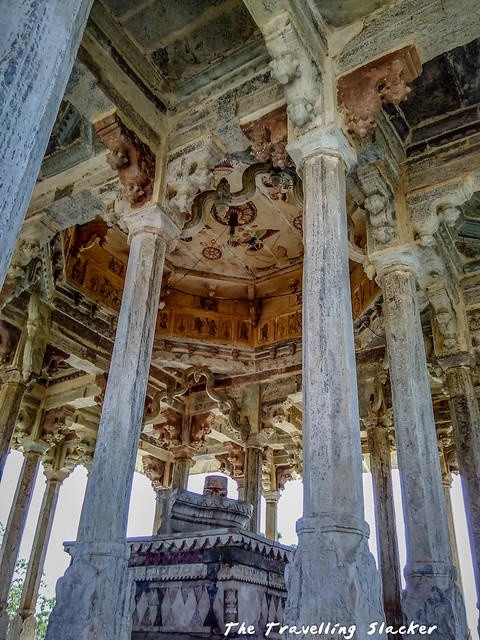 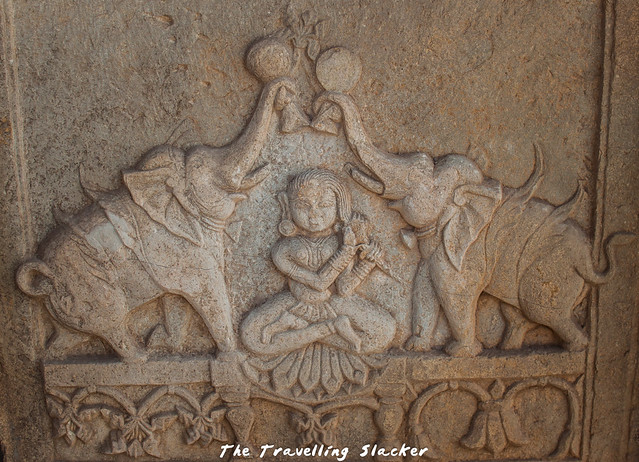 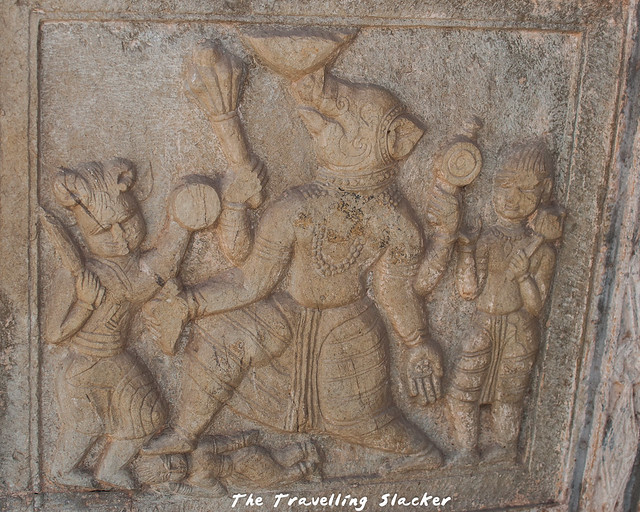 It was constructed in 1683 by the Maharaja of Bundi, Rao Raja Anirudh, in the memory of his foster brother. There is a big Shivling at the centre and the cenotaph is supported by 84 pllars but according to local traditions, one can never count them correctly (I did not even try). There are some interesting paintings on the wall and even on the ceiling. I found them interesting because I could not immediately identify elements. Especially the one on the ceiling reminded me of some Egyptian hieroglyphs. 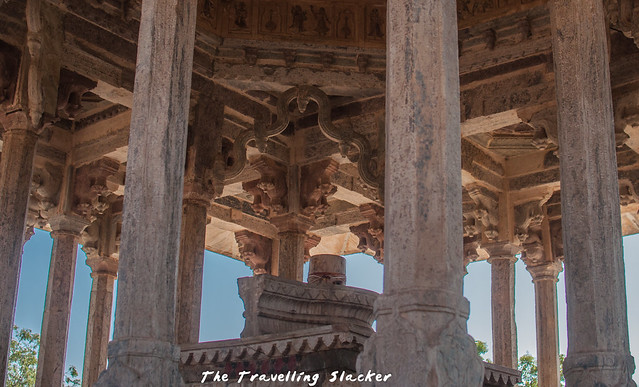 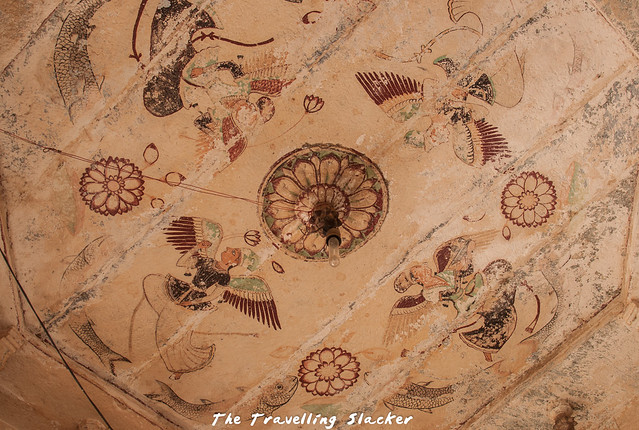 The walls were also adorned with intricate sculptures. I could identify a varaha sculpture but not very sure about the rest. 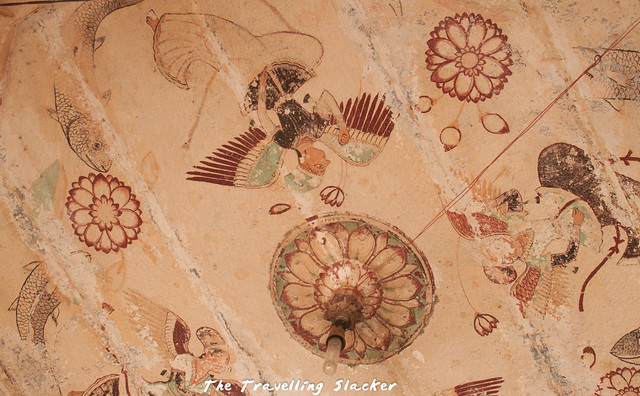 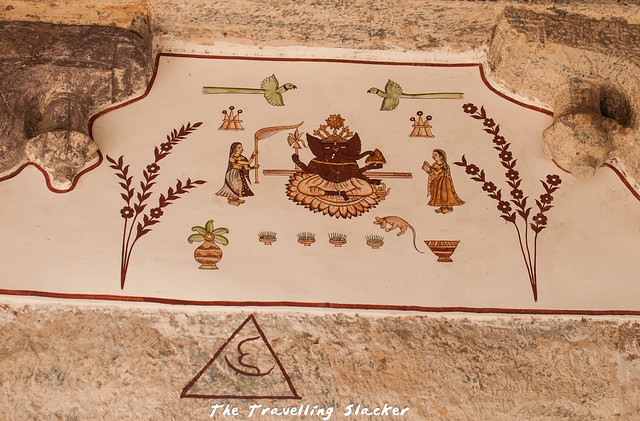 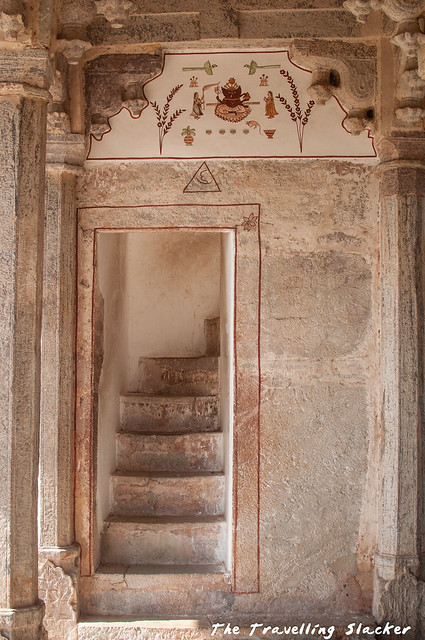 After that I hired an autorickshaw to reach Sukh Mahal, a comparatively newer, 19th century palace, built by the side of the lake Jait Sagar. Among other things, Bundi has several man made lakes, commissioned by various kings to quench the thrust of this parched region. Among other things, the information board profoundly mentioned that Rudyard Kipling spent a couple of days here at some point. 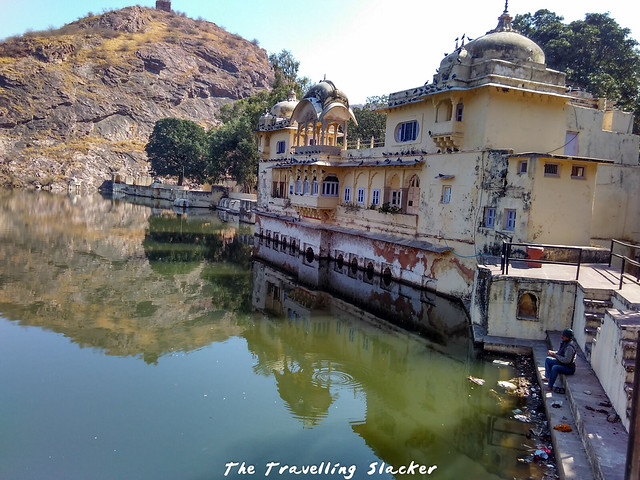 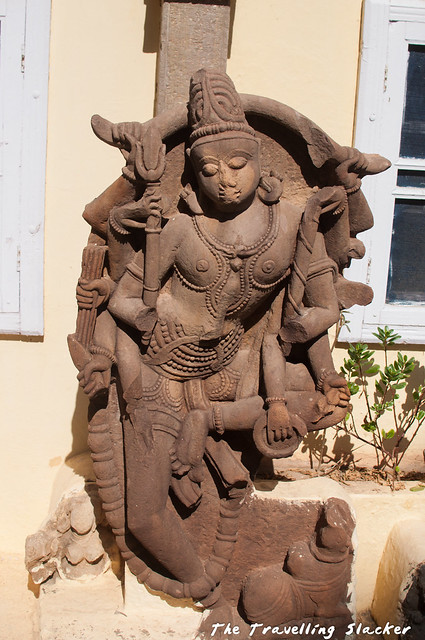 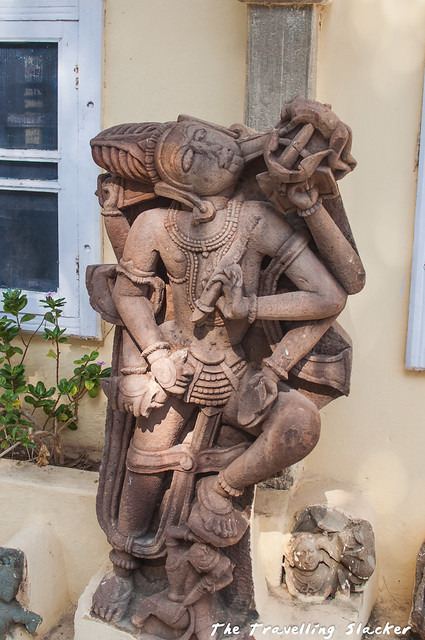 The yellowish cream coloured palace is not that big but has got the perfect location with the hills on one side and the lake on the other. It is adorned with some exquisite statues and classic Bundi art. There was one depicting Radha (I think) and one with a Mughal woman. However my timing was wrong. Harsh sunlight was illuminating the lower half of the pans I wanted to photograph while the upper half were under the shade, thus making the pics look awkward. 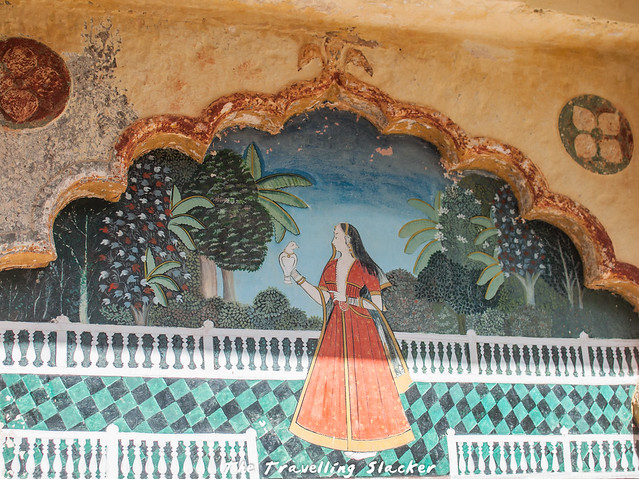 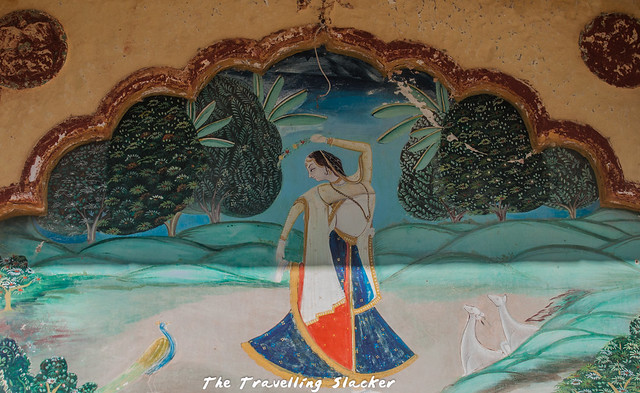 Have a look at this one to understand my situation. 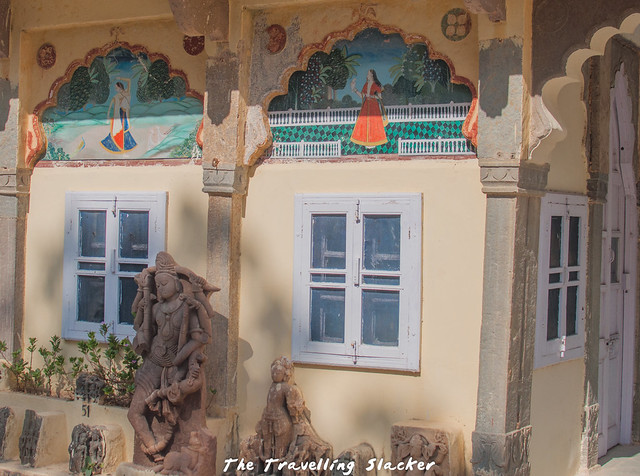 I also climbed up the stairs and had a clearer view of the lake. I could just sit here for a while and read a book but I did not have much time at hand so I wrapped up this part quickly and moved on. 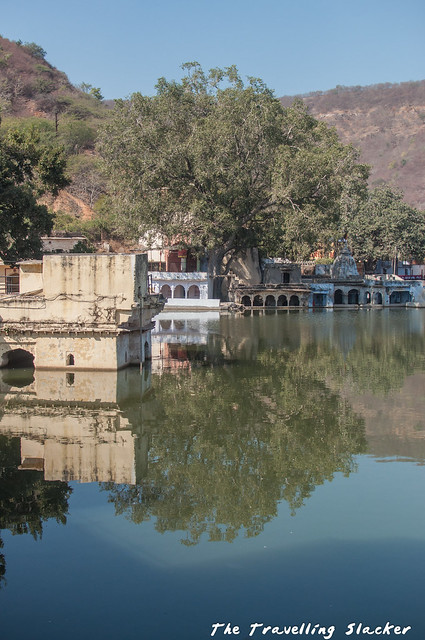 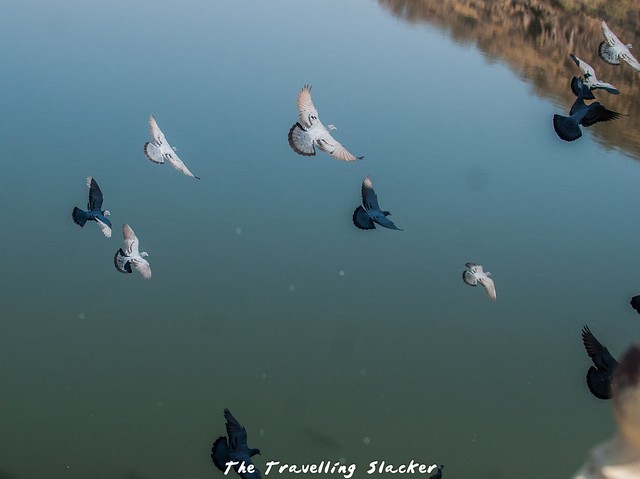