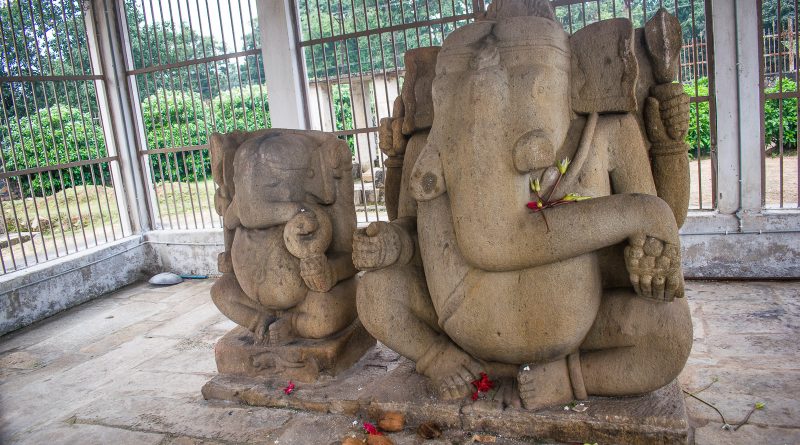 Aboriginal communities, eclectic culture, waterfalls, and hikes… All had been checked off our bucket list in Bastar already but there was another thing that was in the plan that was intriguing, an archaeological site at Barsur. This is an additional attraction planned by Unexplored Bastar and something that I was not aware of at the start of the trip.

So, modern-day Barsoor or Barsur is a small village around 80 KMs from Jagdalpur and 35 KMs from Dantewada. However, thousand years ago, it used to be a more important site dotted with 147 temples and an equal number of lakes built with royal patronage. Most of those are not in a very good shape nowadays and beyond the reach of tourists, except 4-5 temples that are decently preserved and frequented by locals and tourists alike. These temples located near to each other constitute the Barsur monuments of today. These monuments are the ones that are built by local kings belonging to Chchindaka Nagavamsa. As far as I could figure out, these dynasties were formed by various branches of nearby regions of Odisha and MP. This is why you will see a striking resemblance in the temple architecture. 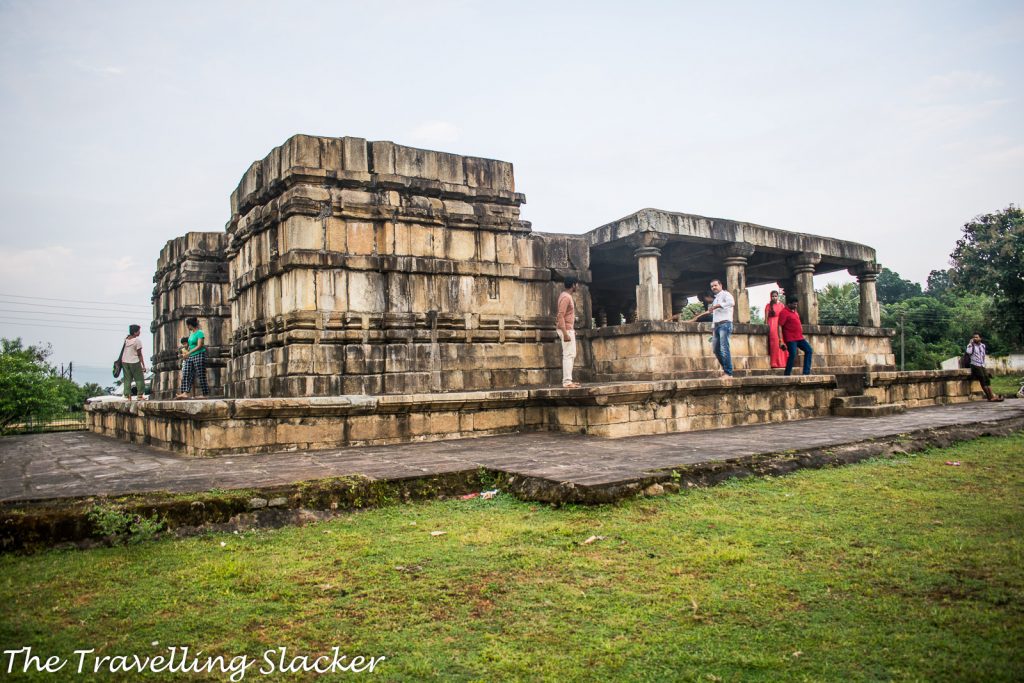 So, we reached Barsur after the Bastar waterfall trail. We had a very down to earth, aboriginal lunch at a local house in Barsur. Apparently, they are planning to develop into a homestay, which will be good in case they do it. After lunch, we proceeded to visit some of the temples. 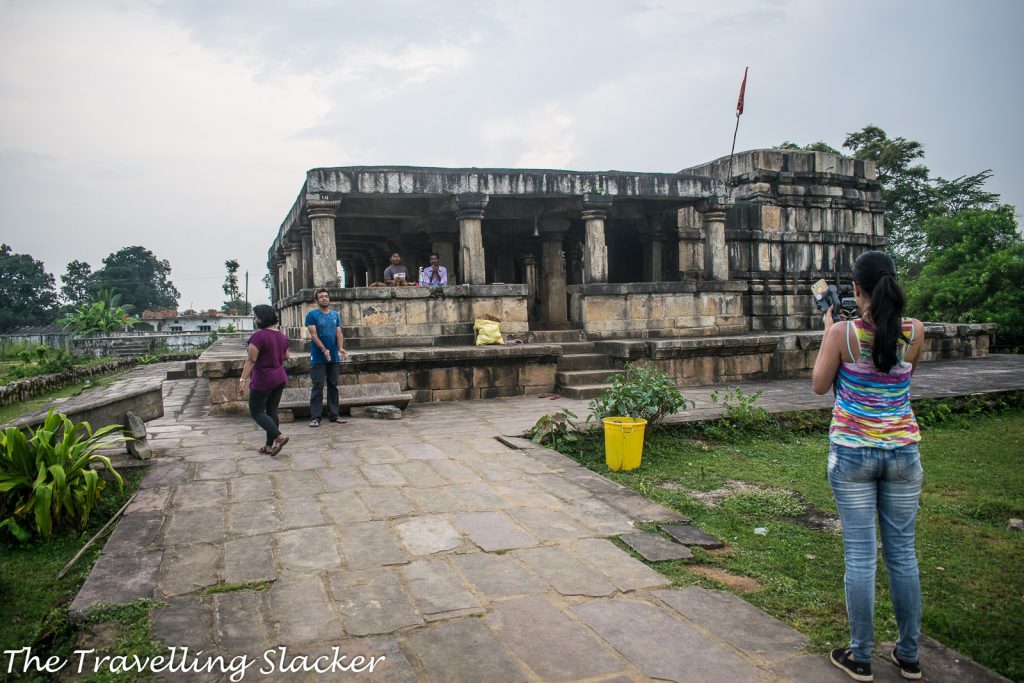 The first temple we visited was the Battisa Temple (Battis=32). The name comes from the 32 pillars that support the structure. It is a really unique one that has not one but two Garbhagrihas (sanctums). This twin design is apparently more common in the Deccan and I had not seen anything like this before. 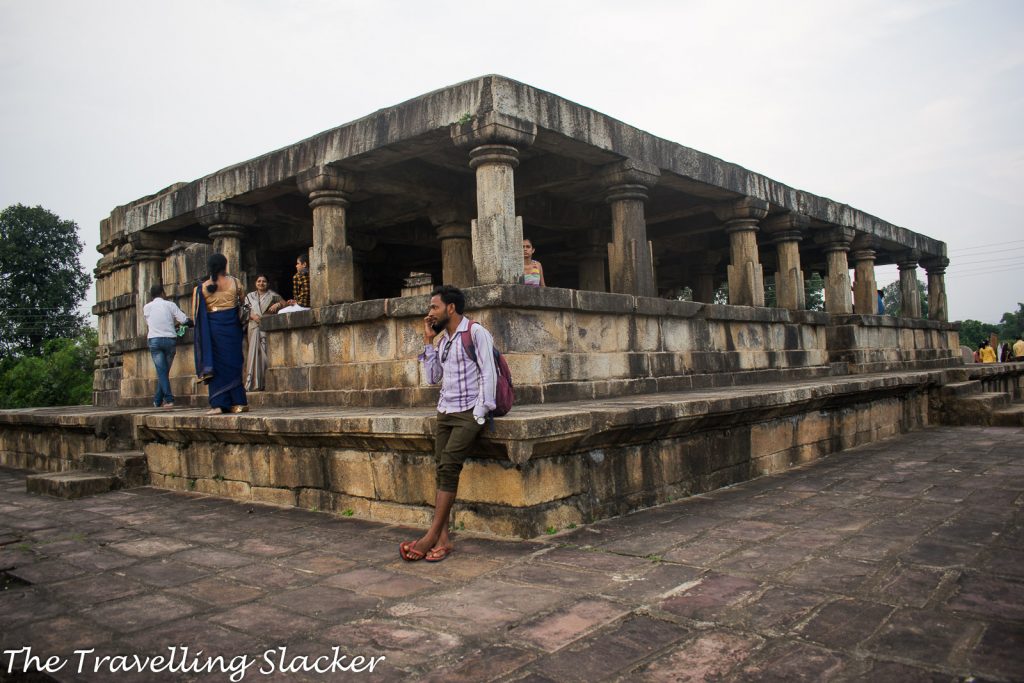 We could see the Shivling inside, and the Nandi facing towards it from outside. However, it is easy to guess that there was much more to this temple. It must have had a massive Shikhara above at its peak, which has probably fallen at some point.

The next stop was the Ganesha idols. This is yet another story of what could have been. There are two larger than life Ganesha idols here, that are in reasonably good shape. One is slightly bigger than the other. However, it raises more questions than answers. Why are there two of them? Why do they differ in size? Where is the rest of the temple? 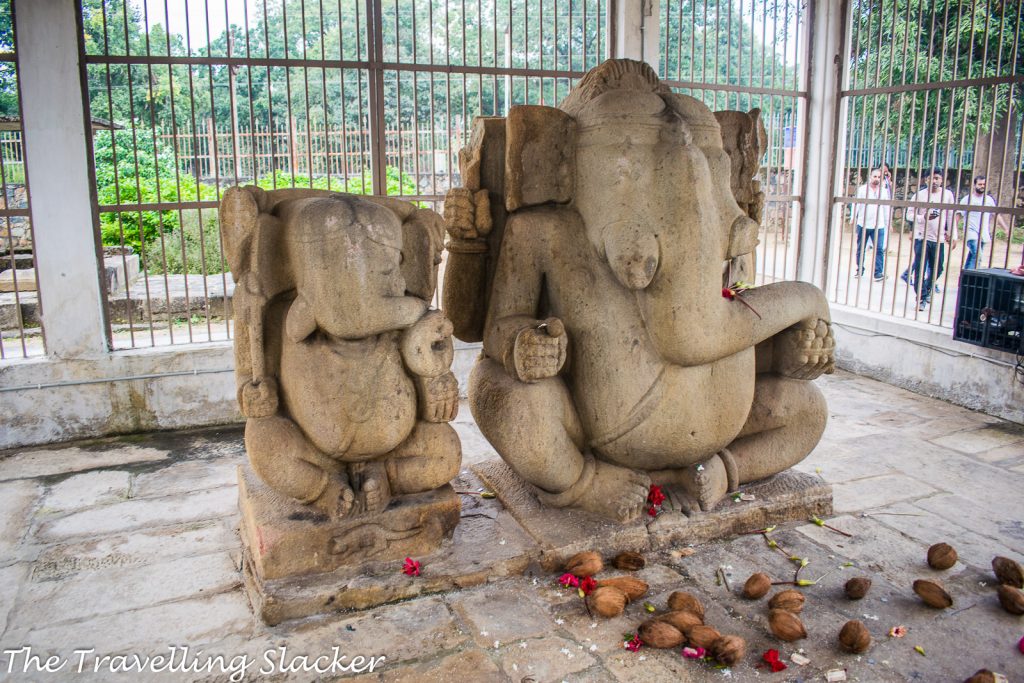 These idols must have been the central attractions of a much larger temple that no longer exists! The idols now have been kept inside iron grills to protect them. There are some vestiges of other structures including a small shivling in this compound.  Does it have some connection with the Dholkal Ganesha? Who knows! 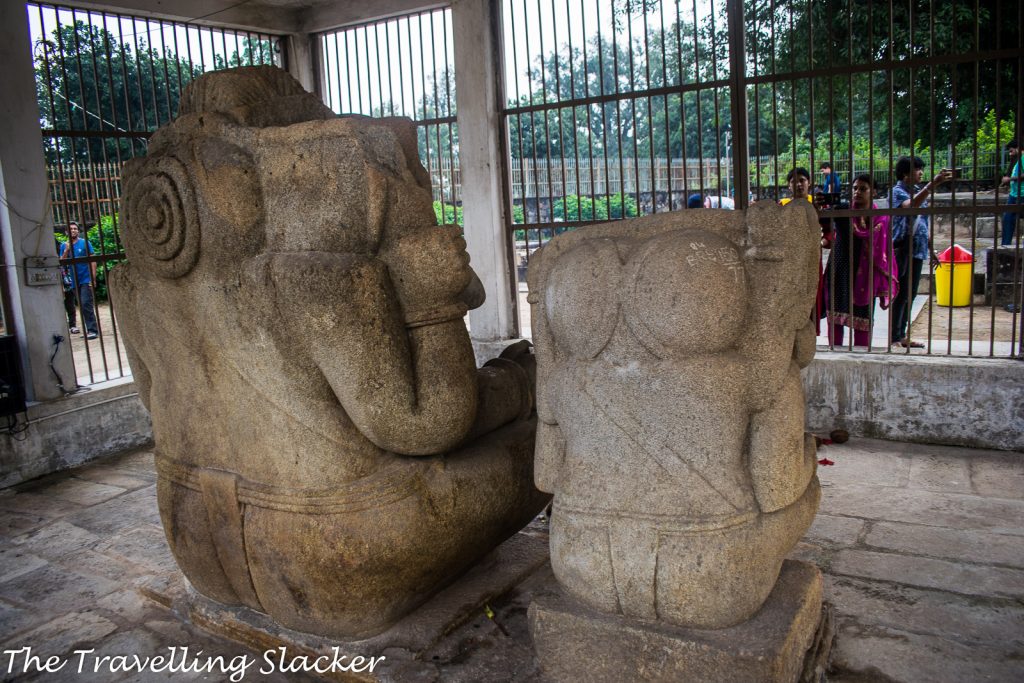 The next temple was the one called Mama Bancha (Mama Bhanja) Temple. As the name suggests, the story is related to a Mama (maternal uncle) and Bhanja (nephew). This is actually in better shape, at least the temple is intact in its original form, somewhat reminiscent of the much more intricate Sun Temple of Jhalrapatan. 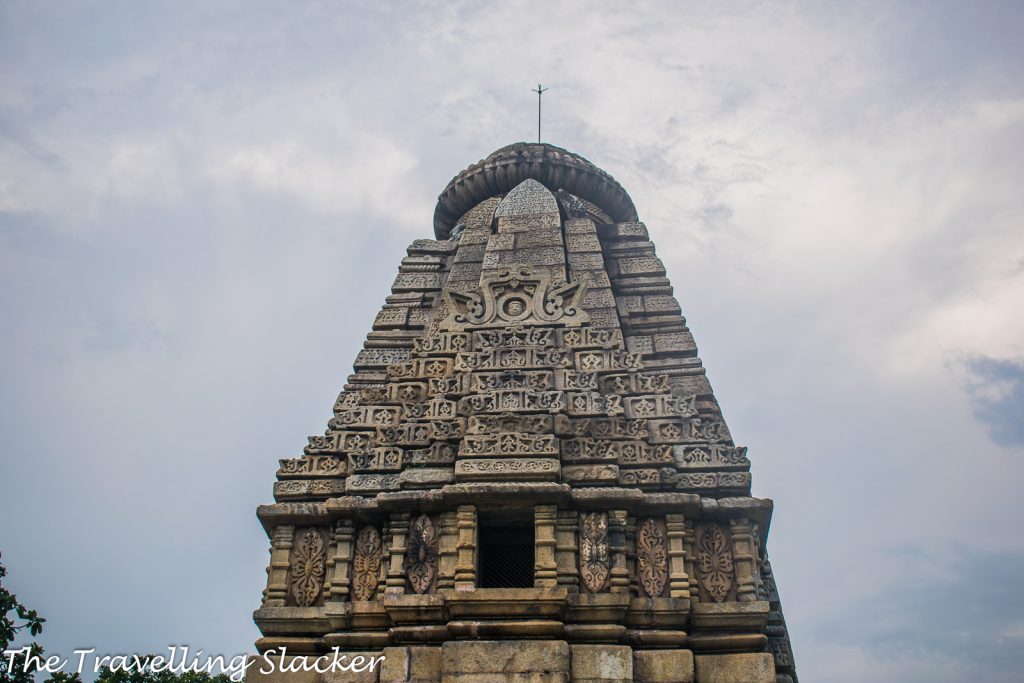 There are multiple stories regarding this one. As per one, the uncle- and nephew duo were sculptors and they were asked by a king to built this temple in one day. It was unlikely but they managed and so it was named after them. However, a less pleasant version suggests some rivalry between both, leading to the nephew killing the uncle and installing a replica of his head on the Shikhara. There is indeed a face up there at the top. 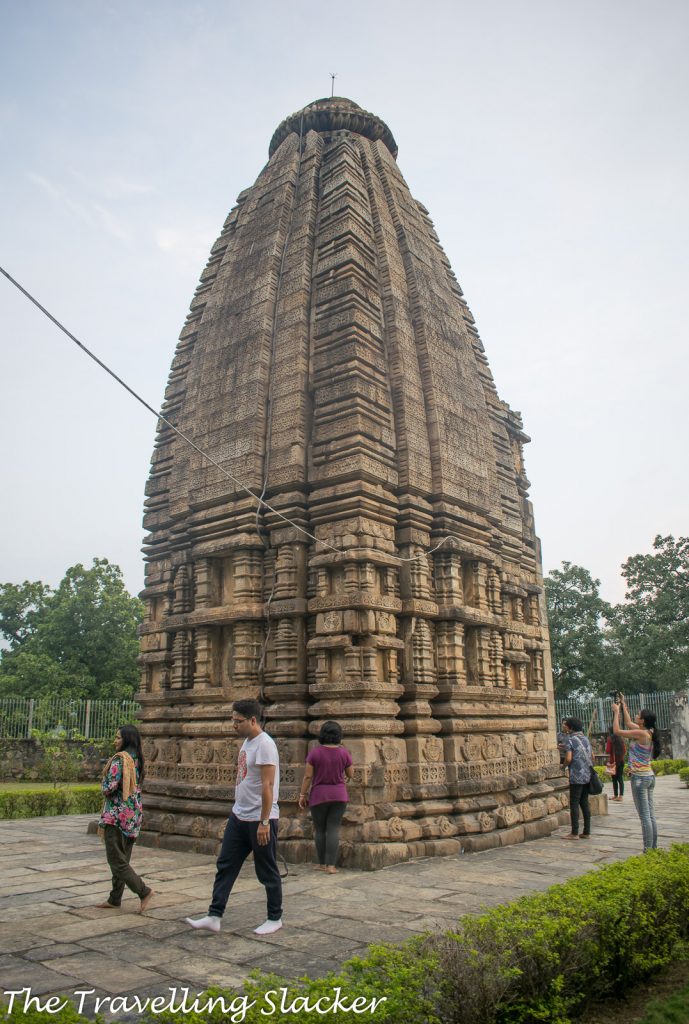 This is one temple that we missed out on as it was already getting late. It is apparently a Shiva Temple with intricate carvings. Hopefully, I will visit it some other time. 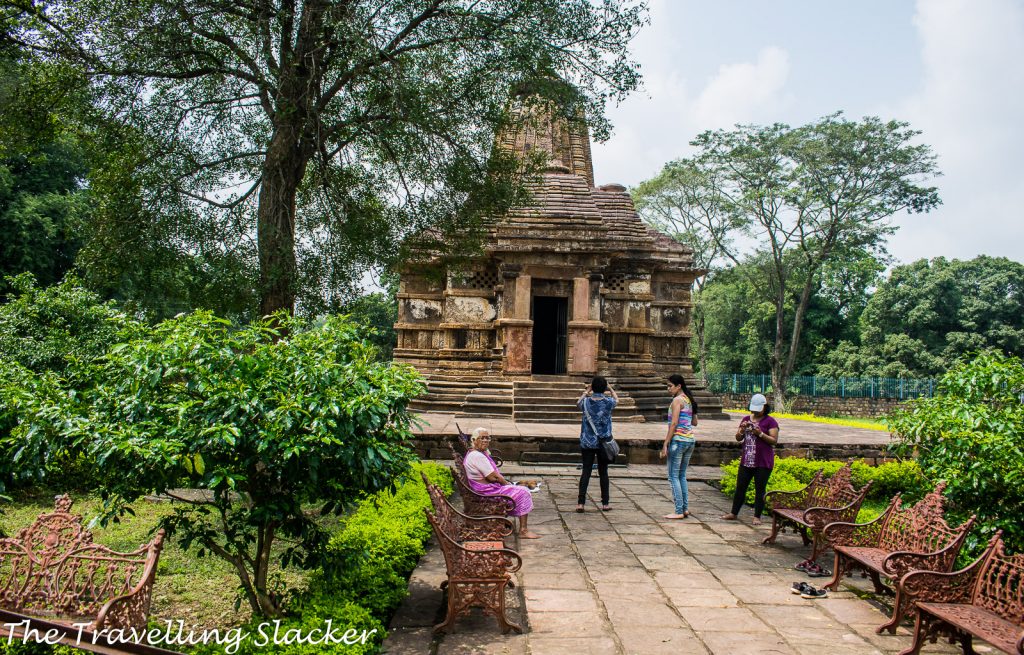 Here is a bonus temple. This is not a part of Barsur complex but it is located somewhere near the Chitrakote Falls. We visited it earlier in the morning when we were leaving the Chitrakote Camp. It is actually in much better shape and it somewhat reminded me of Badoli Temple near Rawatbhata, although that one is far more elaborate. 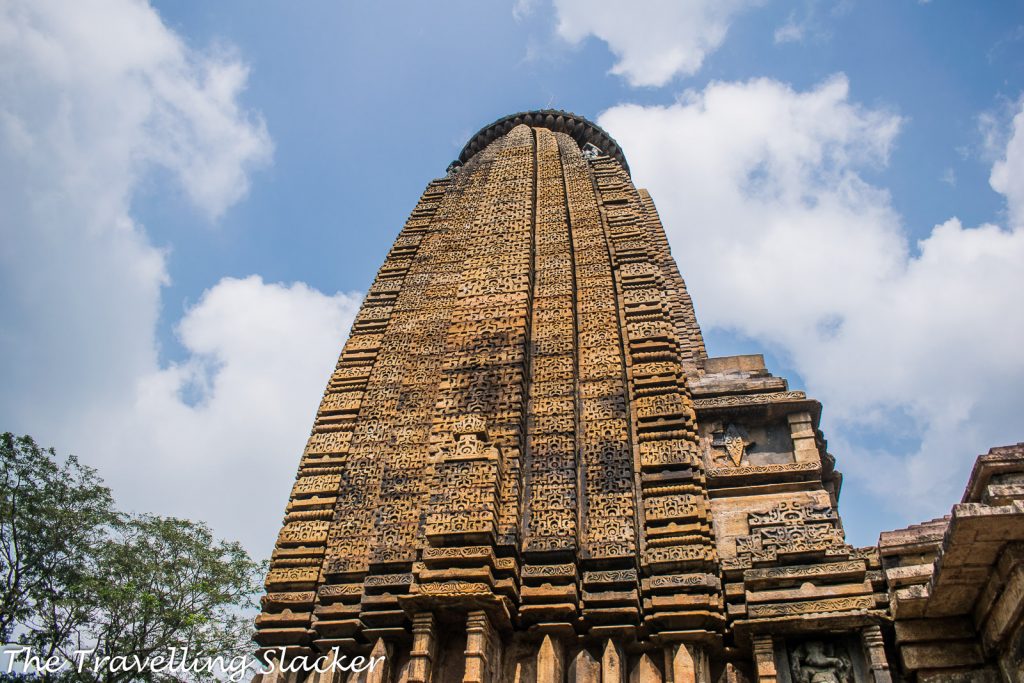 It is considered a Vishnu Temple (Narayan=Vishnu). The nearby village is also called Naraynpur after this temple. However, there are some other theories too. As per one account, it was originally a Shiva Temple. I forgot the whole story but there is an interesting outlet outside the walls that is generally found in Shiva Temple. Anyway, this temple has pretty intricate carvings, at least the ones that are surviving. Apparently, someone smuggled off some of the sculptures here. The usual tragedy of India’s archaeological sites!

So, this was more or less it. Barsoor was more about what it could have been, rather than what it is now. Still, it had a lot to explore if you are into heritage. A lot of other artifacts and inscriptions have been found in this region and you should also pay a visit to the Archaeological Museum in Jagdalpur City where some of these have been preserved.

As far as I know, there are some regular shared vehicles running between Geedam and Barsur (around 20 KMs). Geedam is on the highway connecting Jagdalpur and Dantewada. So, you can get any bus or other vehicle going towards Dantewada and get down at Geedam.