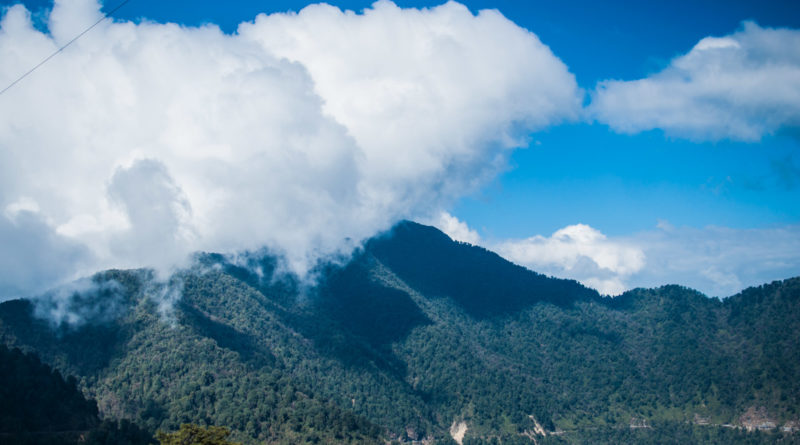 I just made a quick trip to Roing and Mayudia. It had to be cut short due to various reasons. I visited Mayudia but could not go all the way to Anini and there is hardly enough to write a complete travelogue. I will return some day for more but till then, here is a DIY guide for anyone who needs it. 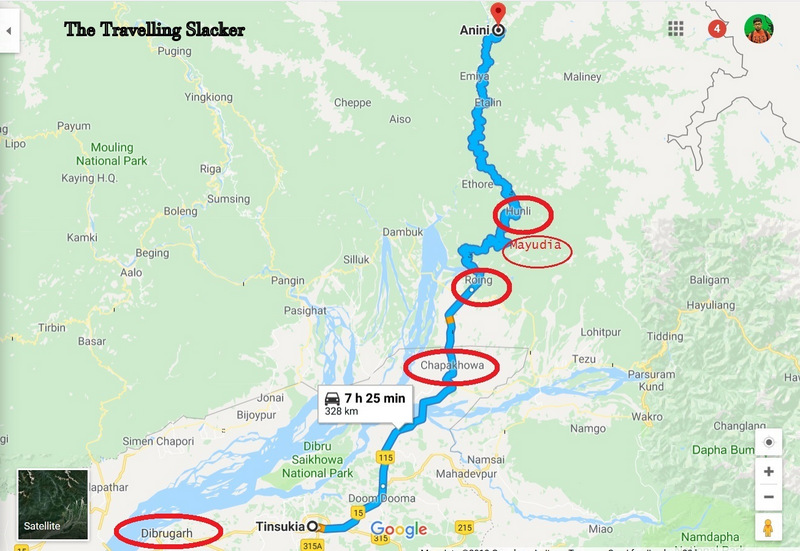 The region I am talking about is the area spread along the Dibang Valley. This is one of the 11 major tourist circuits, as defined by Arunachal Pradesh Tourism. It has now been divided into two districts, the Lower Dibang Valley (HQ Roing) inhabited mostly by Adi people and the Upper Dibang Valley Districts (HQ Anini) inhabited by Idu Mishimis. As it can be seen from the map, Roing is not far from Tinsukia and Dibrugarh, two much larger cities in Upper Assam. It is at the foothills and roads are good till that point. After that, you enter the hilly regions and the road gets tougher. Anini is the last big settlement in this region, not far from the border to Tibet (China). There are military settlements at various points as it is a border area. Here are the major spots and attractions in and around the circuit.

It is the nearest airport in case you need one. It also an ancient town and a trading port on the banks of Brahmaputra. But if you are arriving by road, you can skip it. 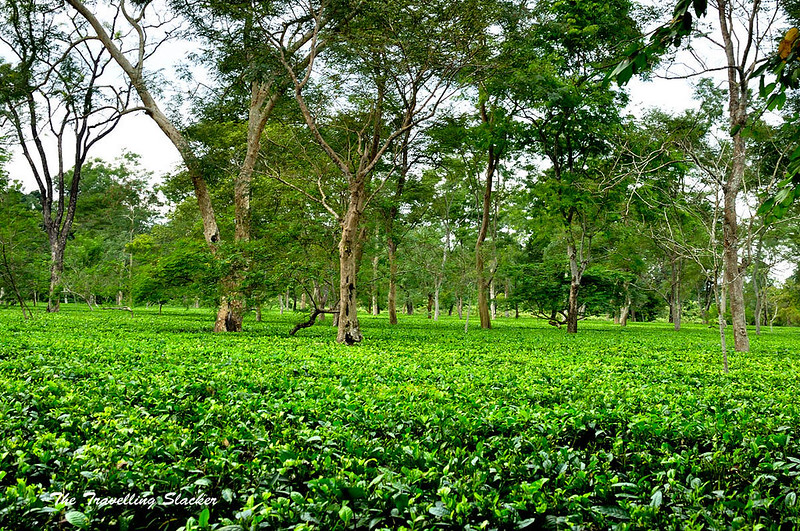 This is the ideal place to start your journey and nearest major Rail Station as well as bus stand. In fact, there are two stations now, New Tinsukia Junction (NTSK) and Tinsukia Jn (TSK). It is too big and squalid a city for my liking. But you get everything you need here. Also,  the entire region here is full of tea gardens, but you need to get out of the city to see them. 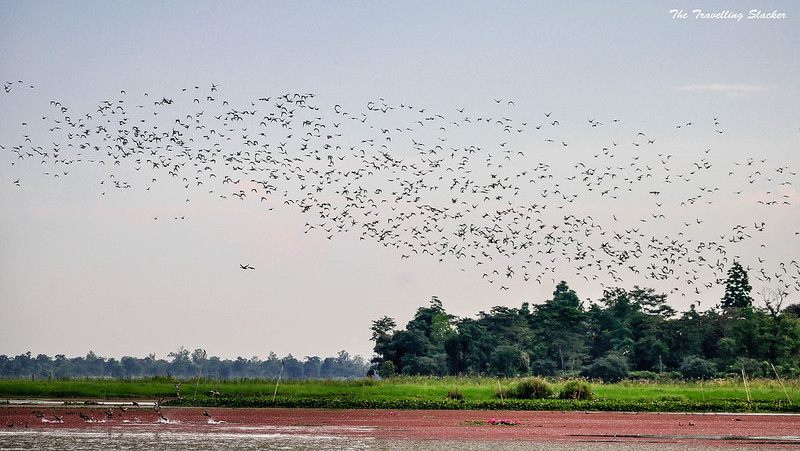 It is one of the most unique and diverse national parks in the country and I personally rate it far above Kaziranga for soem reasons. From feral horses to river dolphins, and from river cruises to bird-watching, possibilities are endless here. I visited it a few years ago and made an extensive Guide to Dibru Saikhowa National Park. It is barely half and hour from Tinsukia but you need to explore the place on boats.

Until recently, reaching Arunachal through this route used to be an elaborate affair. You needed the help ferries to cross the river. However, the bridge was finally completed last year, thus making the process much faster. At more than 9 KMs, it is one of the longest bridges in the country and this itself has become and attraction fro local tourists.

After crossing the bridge you reach a small town called Chapakhowa, which is the centre of Sadiya subdivision. There is nothing much remaining here now but at one point of time, this was a major kingdom in Assam with a lot of myths and anecdotes associated with it. This is also the point where three different branches meet and form the great Brahmaputra river. Read up more about Sadiya if you want.

Roing has grown in recent times but still a much smaller town compared to those across the border. It is mostly surrounded by a big marketplace. It even has a zoo and there is a lake called Sally Lake around 3-4 KMs outside the city with pedal boats etc. Dense forests can be seen beyond the town, leading up to the hills. There is a sanctuary called Mehao Wildlife Sanctuary which is supposed to be rich in flora and fauna but I have not met anyone visiting it and not sure if there are any facilities for visitors.

Most of the region is known for orange cultivation. But Dambuk has become famous of late as it organizes the Orange Festival to celebrate the same. The festival is designed to attract tourists, so you get camping, music concerts, adventure sports, and a lot of other facilities during the fest, but you have to time it right. It takes place sometime in December every year.

This region still has a few ruins from medieval times. Locals relate them to the times of Mahabharata but most probably they are related to the aforementioned kingdoms of Upper Assam that thrived before the advent of Ahoms. Check this post by ASI to know more.

At 2655 Metres, Mayudia (or Mayodia) is the highest point in this route from Roing to Anini. It is not exactly a village and you probably won’t even notice it on other months. But in January, it snows here. It is one of the nearest point to witness snow for the people of Assam and this is what has made it famous.

It is a small town after Mayudia with scenic views and some small treks all around, although most of them are yet to be explored properly.

Anini is the last point in this route and it takes a whole day to reach it from Roing. It is hard to reach and you are rewarded with great views once you manage to reach. You can expect snow in the winter and colourful blossoms in the summer months.

How to Reach Roing?

From Tinusukia, you get buses and shared cars that cost aroind INR 130. The bus stand is not far from the old Tinukia station, and a bit far from New Tinsukia Junction although you will easily get rickshaws from there. The road is smooth and straight and you should reach in less than 3 hours.

Now, it is easy if you have a vehicle. It is also easy if you are in a large group and can hire a vehicle. But if you are alone and relying on public transport, it is an issue. I figured out that the Anini bound shared cars to leave from Roing at around 7 AM in the morning. There are many Booking counters in the market. Mayudia is on the way but they don’t want to block a seat for someone going to only a small distance. They in fact were forcing me to book ticket all the way to Anini by paying the whole amount.  After a lot of negotiations, they gave some discount but I still had to pay INR 500 just to reach Mayudia. On return, I was planning to catch one of the vehicles coming back from Anini. But I got a lift in a pickup van and that part was negotiated for free although I had to stand on the backside and brave the freezing wind.

How to Reach Anini?

As mentioned already, you get shared cars from Roing in the morning. It costs INR 800 per head and it is non-negotiable. You should book your seat on the previous day. Otherwise you may not get a seat.

There are shared cars to leaving to Dambuk from Roing too. However, they leave in the afternoon as far as I know. That means you will have to stay at Dambuk at night. You will get various camps set up during the orange festival. I am not sure about the facilities at other times.

While I got my ILP from Guwahati, it was interesting to note that they are now providing ILP at the entry point of Arunachal. The bus stopped a few KMs before of Roing. Here, they check your permits or you have the option to get the permits made on the spot by paying INR 30, photographs, and ID proof. I am not sure if it is applicable to foreign visitors and I still suggest you get it done in Delhi.

In any case, things have changed. Now you can apply for Arunachal ILP online. So, don’t bother about any of this.

Roing has several small hotels with basic facilities at INR 300-400 & none of them are really pleasant. Most of them are located in the market where the bus will drop you. Don’t expect too much though, you will just get a place to sleep. I stayed in the one called Mimu Hotel.

There is a nice government lodge on the banks of Sally Lake, which is just outside the town. I am not sure about the costs though. I also noticed a camp (tent accommodation).

There is another rest house near Mayudia and all the dhabas there offer a bed to sleep in case you need it. However, to be honest, I don’t think it is a good idea. It will be bitterly cold up there after sunset and there is nothing else to do either.

Places beyond that point including Hunli and Anini should have government accommodations such as Circuit Houses. There are homestays and campsites coming up in Anini from what I have heard but none of them seem to be available for online booking. However, as I mentioned before, the new bridge has increased tourist inflow in the region and I think it is only a matter of time before better facilities come up.

Basic restaurants are available all over Roing and Mayudia. After that, you will find them less frequently. If you are not used to eating too much rice… well… get used to it before you go there.

Phone and Data connectivity at Roing and Anini

My prepaid BSNL card was working till Roing and I think most other services should work too. However, beyond Roing, it is extremely difficult.

Where is the nearest ATM?

You should find working ATMs at Roing. There may be ones in other towns too but still, due to sheer remoteness, you can’t rely on them to be functional.

What is a good season to visit this circuit?

People mostly visit in the winter because it is easy and pleasant. You can see snow, and oranges ripen in the lower areas. I am sure the colours are beautiful in the summer and monsoons, but rains can wash away the roads here at any point and you need to keep that in mind.

Should I visit this circuit?

Although I visited only Roing and Mayudia, I would recommend that you go all the way to Anini. Mayudiya attracts local people from the plains when it snows. But if you have already seen snow in the higher Himalayas, this will not excite you. But if you are planning to explore all other spots mentioned above, you can devote a week here.

2 thoughts on “The Tinsukia-Roing-Mayudia-Hunli-Anini Circuit”