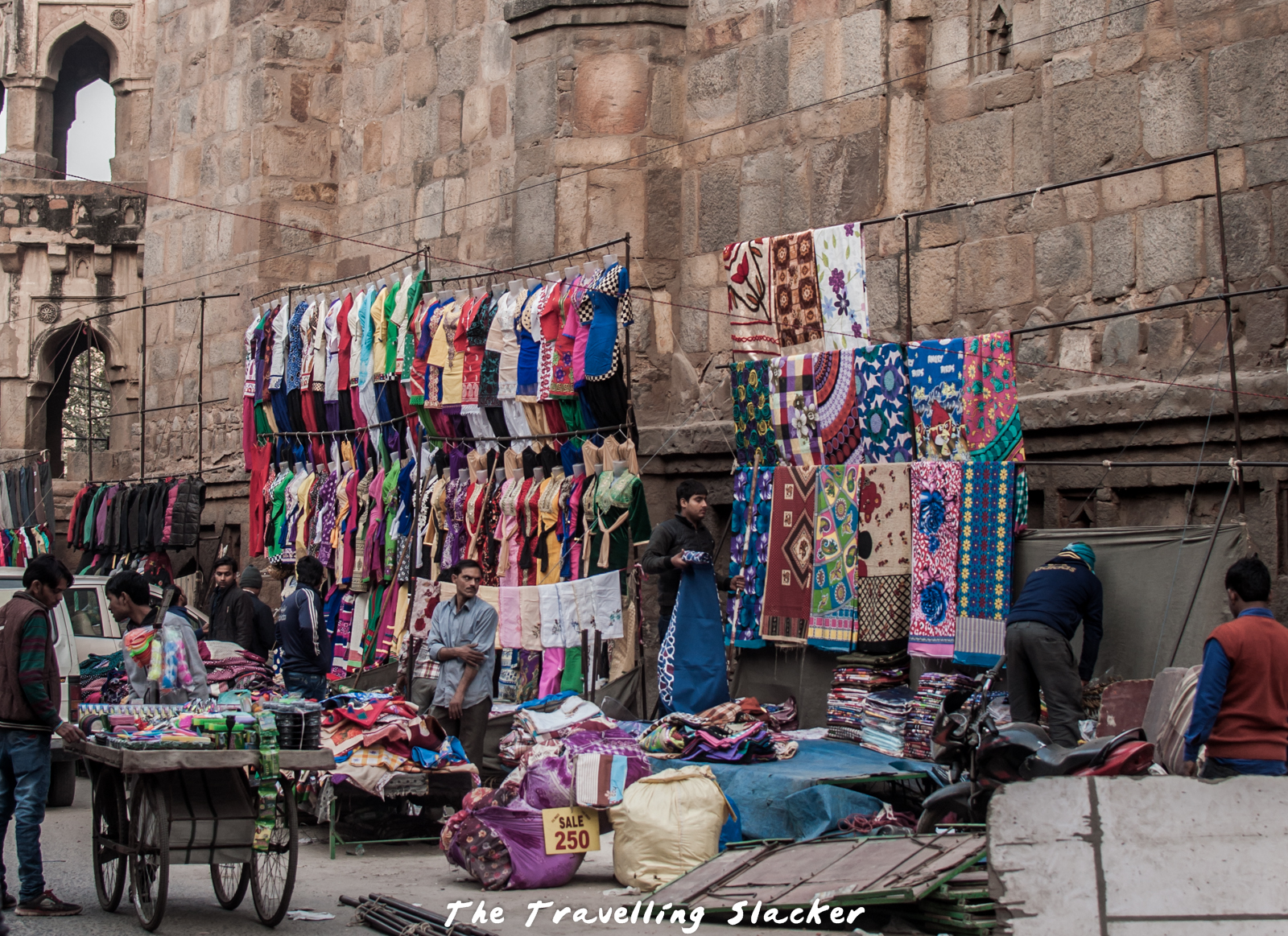 I have always thought that beyond the Lutyen’s quarters, Delhi is an overgrown village. In fact a lot of localities are still known as villages although the city has swallowed them (Old Delhi is not the only place to find the same). Entering any of these narrow and dark alleys is like literally walking into a time warp and it can be either fascinating or depressing depending on individual perspectives. 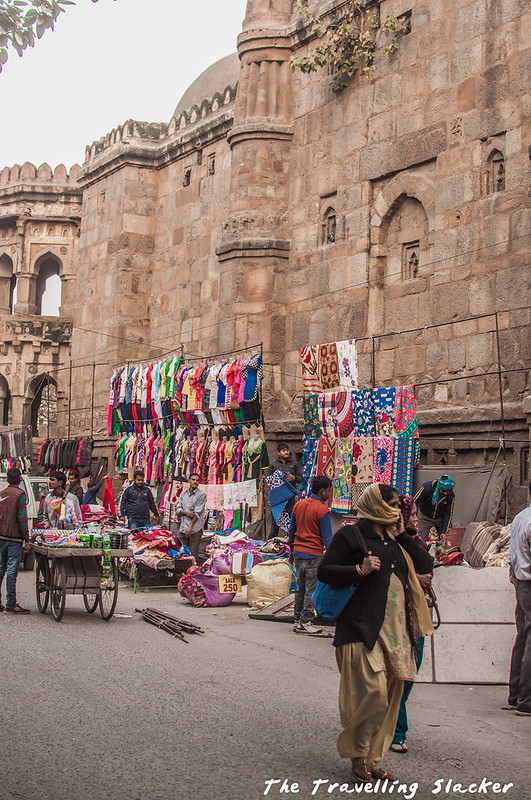 There are certain aspects of these areas that cannot be imagined in other metropolises such as Mumbai or Bangalore. One of such thing is the weekly bazaars that take place on a designated day of the week without fail. I have already mentioned these markets as one of the 10 thing nobody told you to do in Delhi. My first encounter of the same was the Wednesday Market at Govindpuri when I first moved to Delhi. Before that I had seen such weekly congregation of local sellers only in some remote villages that are not served by regular markets. In this day of online retail, this is something I never thought to be necessary but it is! 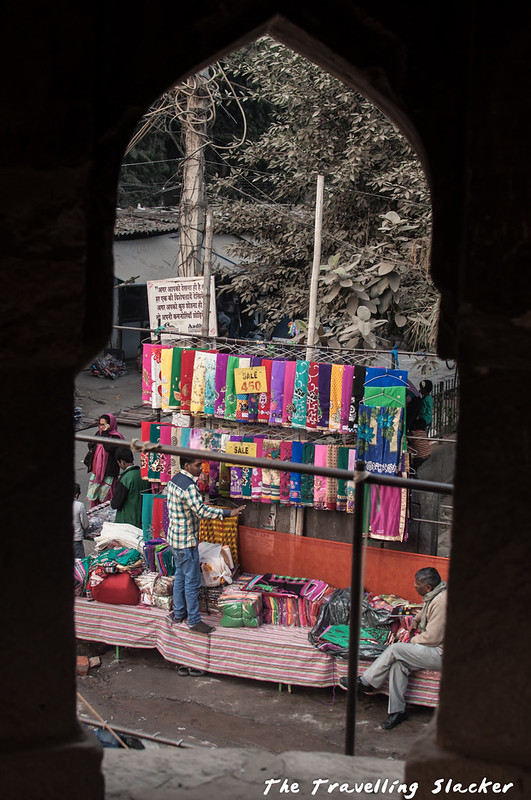 Gradually I realized that it happens at various places on different days of the week. Scores of small-time traders conjure out of thin air on a predecided day at the predecided place in the afternoon and build their makeshift shops in no time. They sell almost everything. Plastic goods, still utensils, ceramics, vegetables, spices, pickles, cheap electronics, blankets, bedsheets, clothes, footwear and even lingerie (which I assume to be a delightful new addition). The market runs till around 10 pm and then they all pack up and disappear. It may look chaotic but it is very organized because I always see the same seller at the same spot every week. 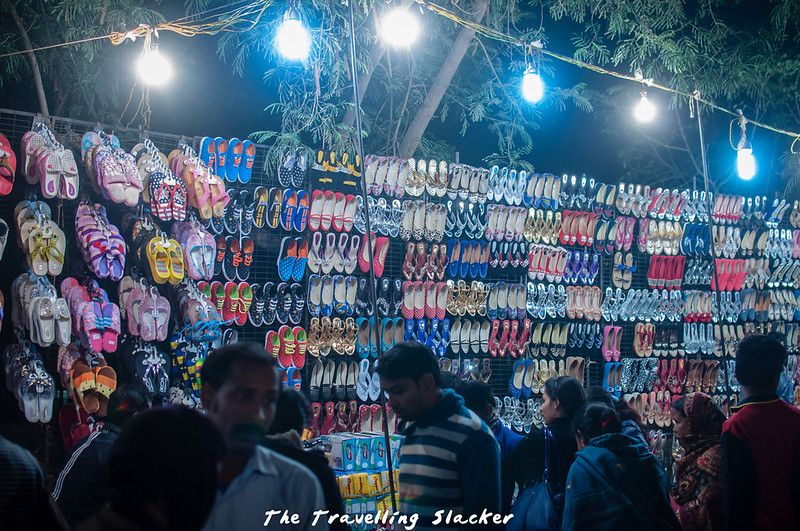 But more interestingly, as I recently moved to my new accommodation near Masjid Moth, I realized that the most epic weekly market happens here. Why? Well, simply because they set shop right under the historic Moth ki Masjid, a 500 year old Lodhi era mosque, thus making it a sight too behold as an ancient tradition finds refuge under an archaic edifice.

Last Thursday I took a few shots from the Masjid itself, looking down at the shops when they were just being set up and then also a few from the ground. Just have a look at them. Later on, I came back at night and tried a few more but it was too crowded and so I did not try too much. 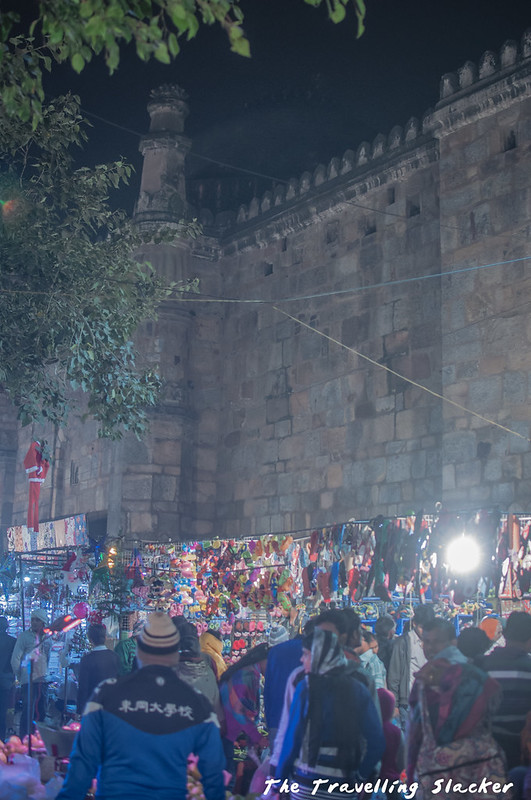 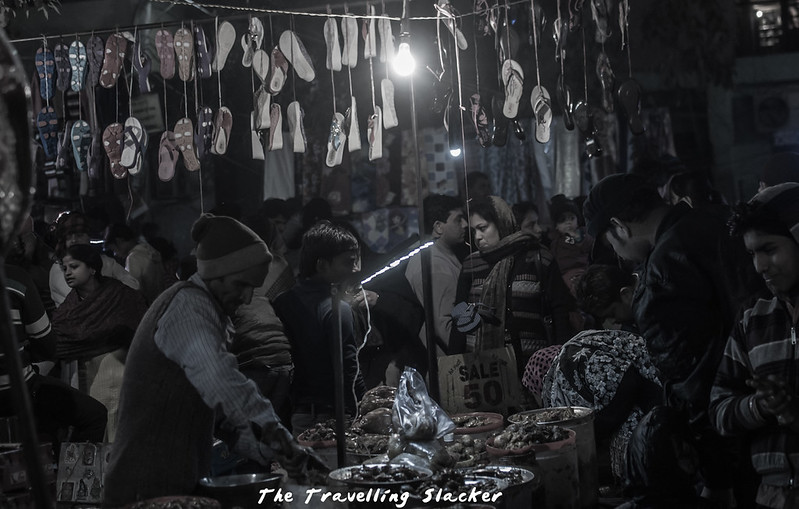 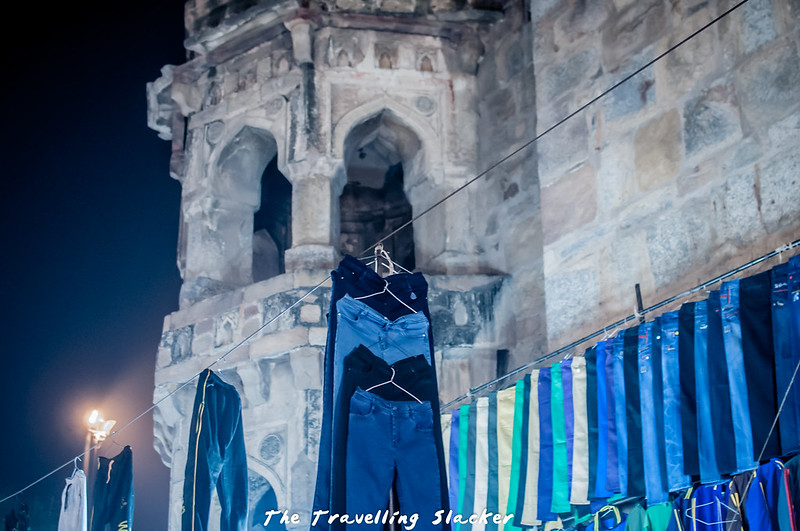