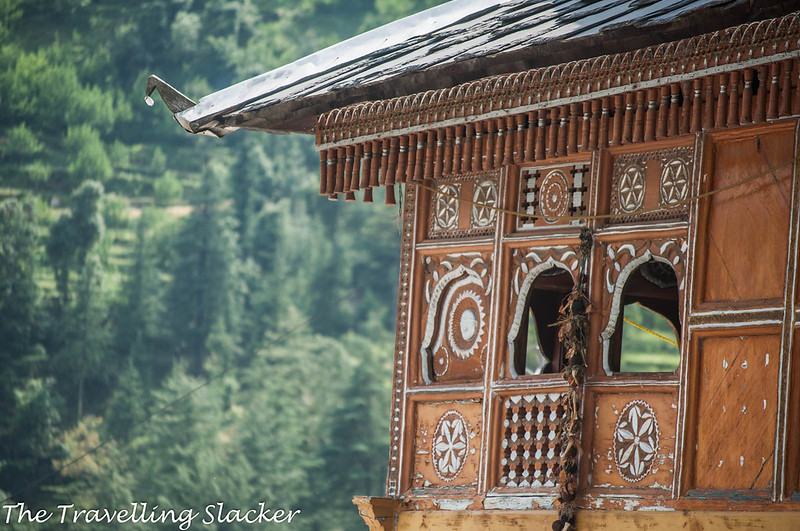 We left Gadagushaini after the morning detour to Bahu. We were now totally bereft of money and still nowhere near an ATM. Chattri was the next logical destination with another ancient temple but the place also did not have an ATM as per our information. So, we decided to take the bus to Chattri, visit the Magru Mahadev Temple, and then hitch a ride to Janjehli, which was a bigger town with an ATM.

We reached Chattri in quick time. However, we realized that the bus to Janjehli had left already and there will be no public transport for us that day. In any case, we first decided to explore the temple and explore other possibilities later. The temple was not far but was located at a lower elevation below the main road. We left the bags at one of the shops and climbed down quickly to the temple.

The Magru Mahadev Temple is another one of Himachal’s ancient wooden temples displaying its native architecture. As usual, the exact details are not known. I am sure the relics inside are ancient but the outer structure seems to have been renovated recently. There is also a school adjacent to the temple which displays similar structure. It is probably somehow connected with the temple. Some of the kids at the school were camera shy, some were not. 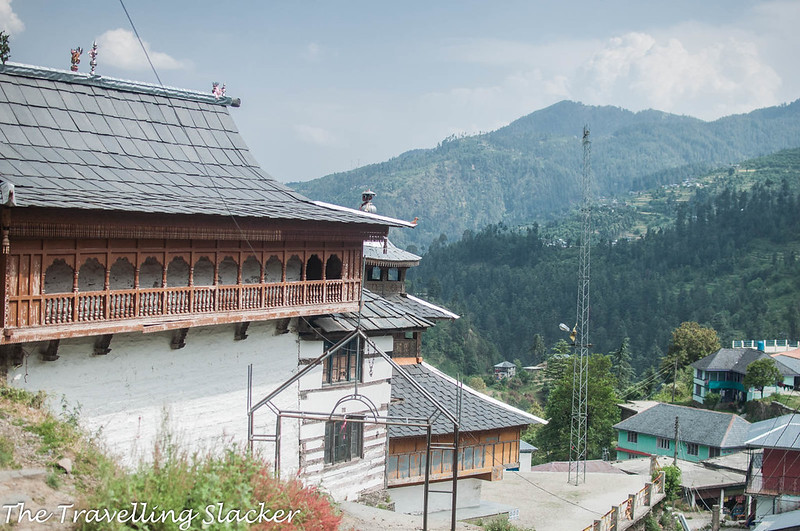 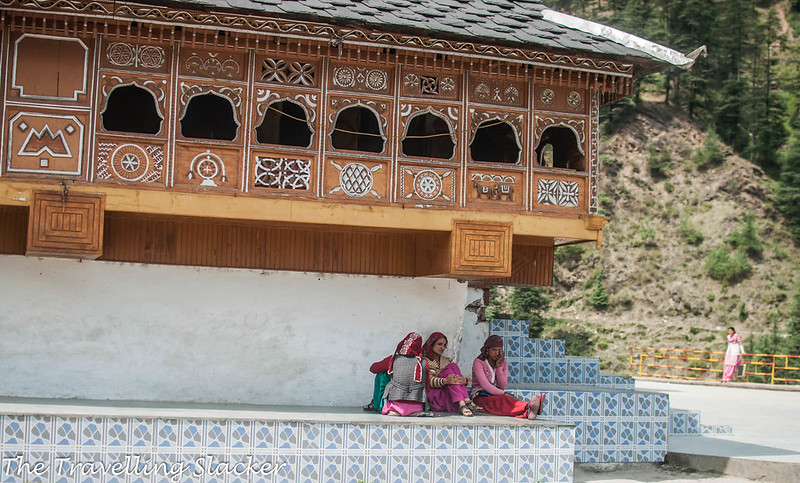 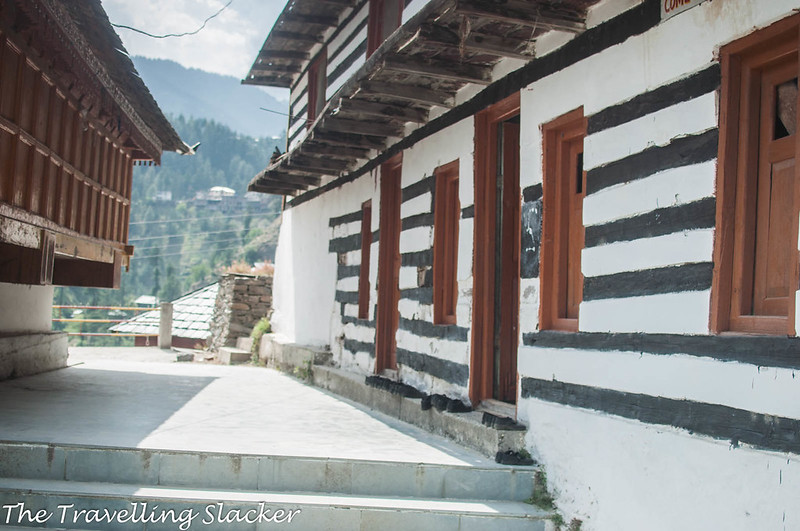 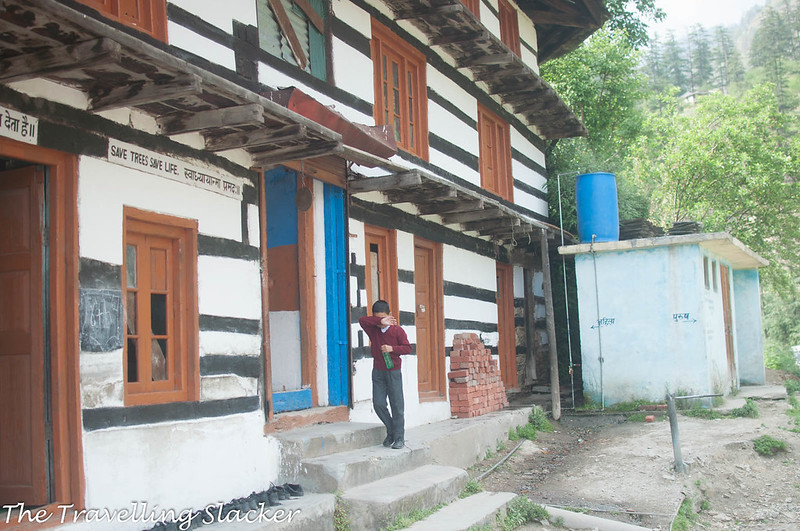 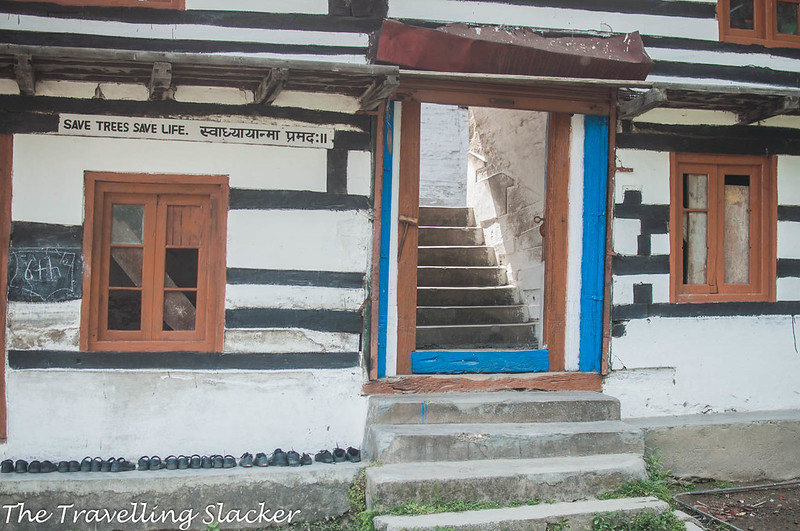 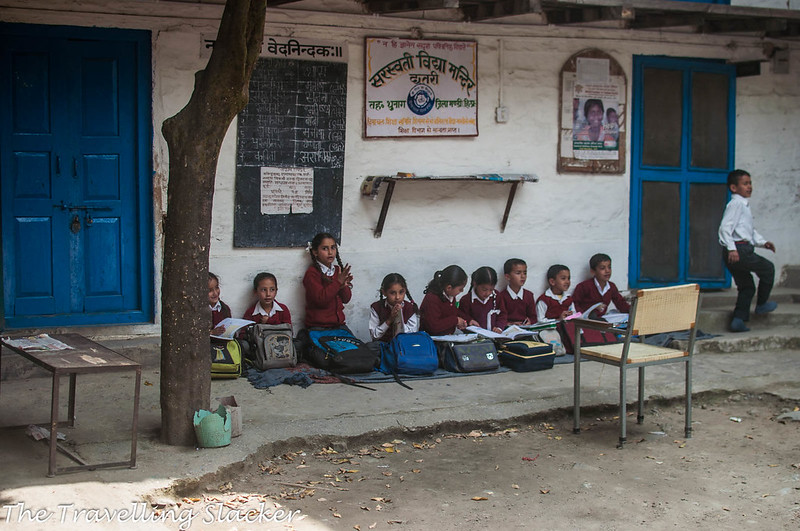 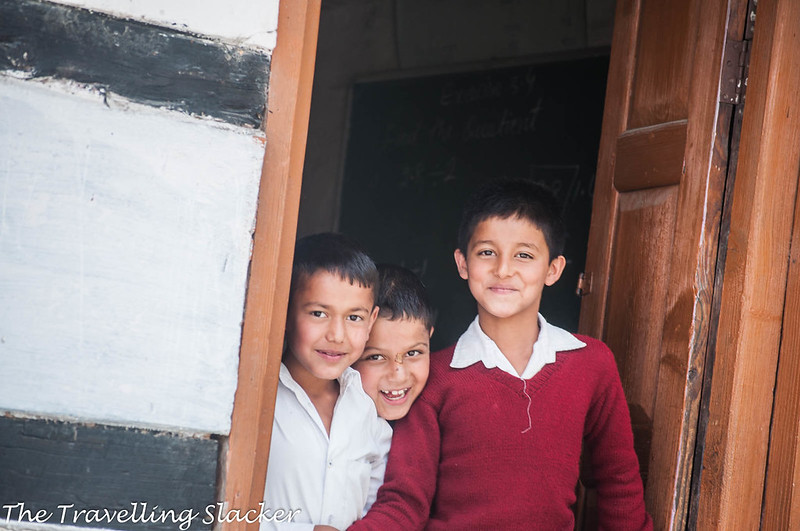 After exploring the exteriors, we entered inside and were taken aback by the amount of details on the walls and the roof. While the temple is dedicated to Shiva, the sculptures displayed a varied range of mythological stories. I could identify some of them while some others remained a mystery. However, the head priest appeared soon as we were about to leave. He made us go back inside again and started explaining each and every frame. Some stories from Mahabharata, some scenes from Yama Loka (Hell), and many local myths were recounted by him. I could identify the dashavatars, a scene where Arjuna is shooting at arrow at the target while looking the other way, and some otehr scenes from the epics. As per the locals, certain dangling parts that I had seen in other temples too, were representative of people who commit suicide and get stuck somewhere between this and the other world. He also told us that the original part of the temple was made from only one gigantic devdar tree. 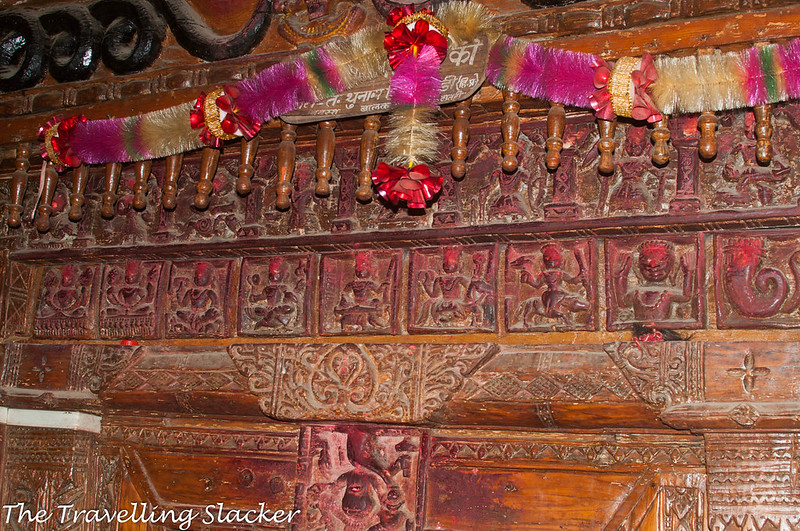 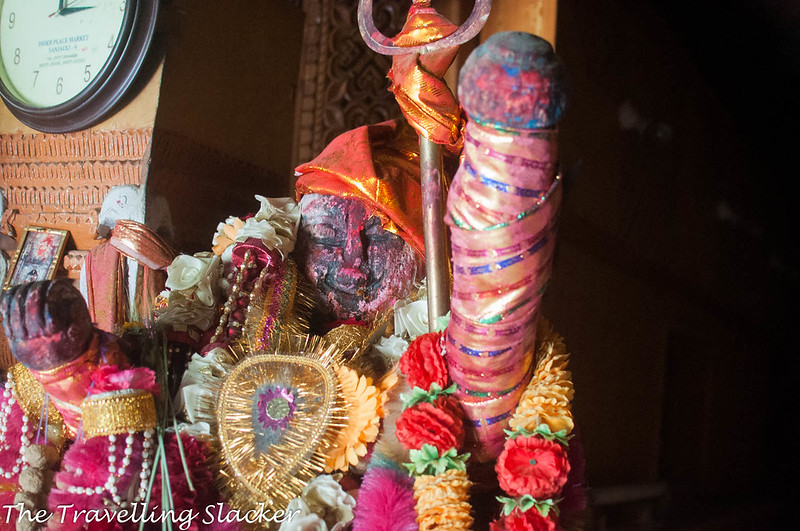 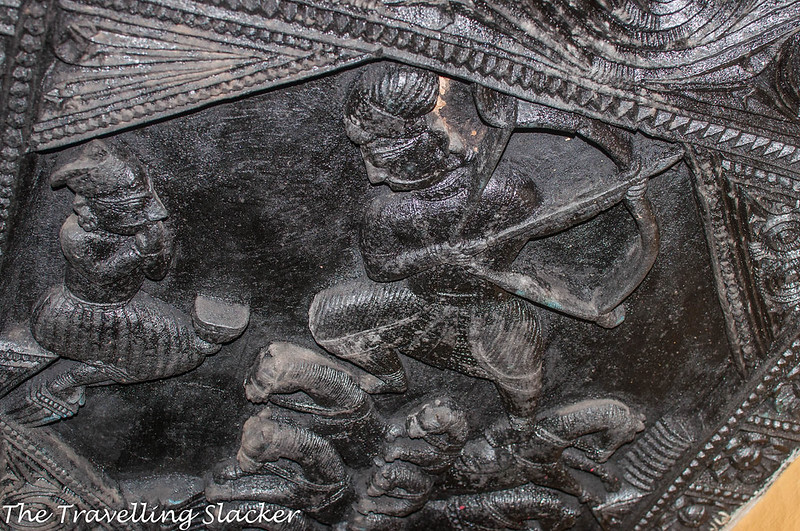 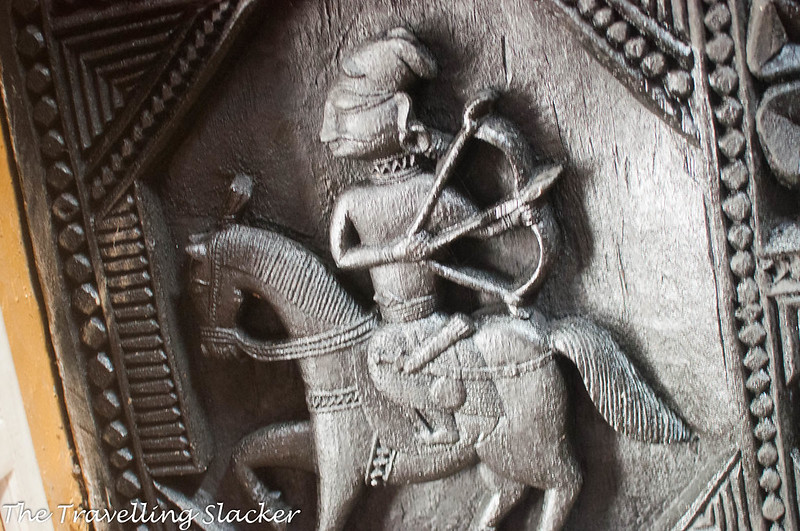 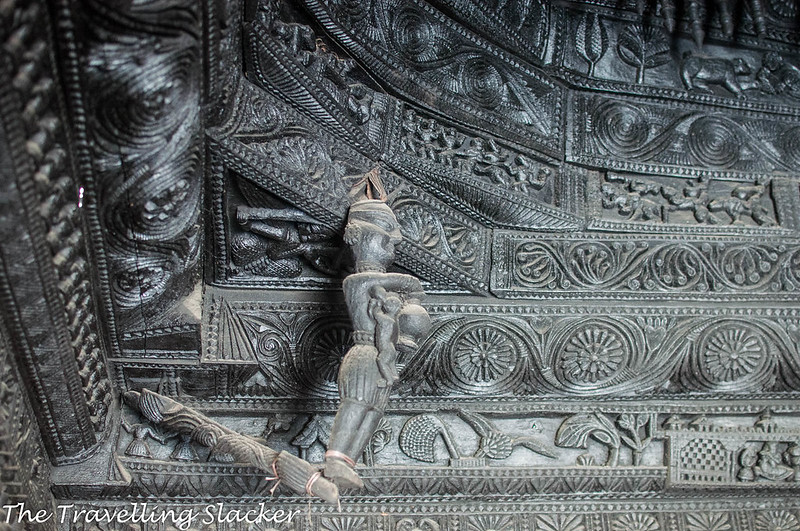 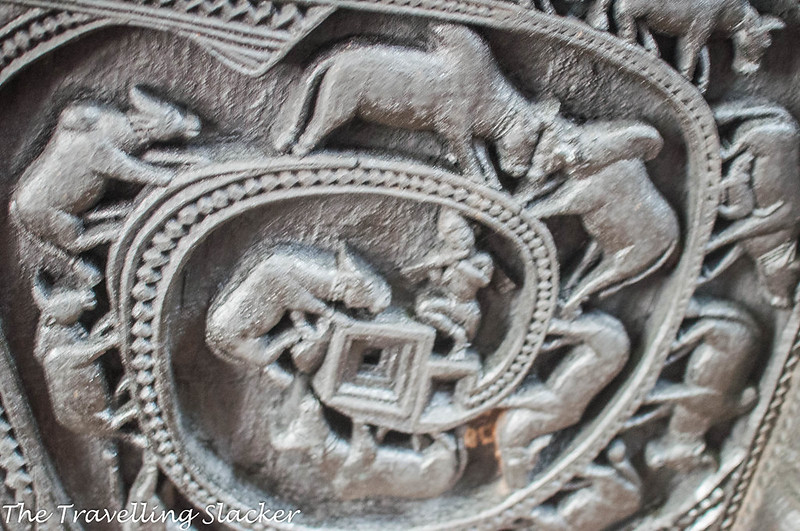 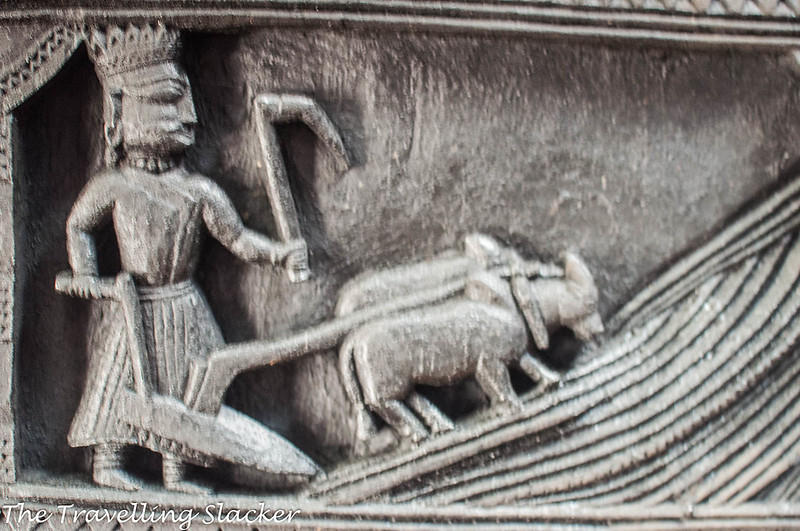 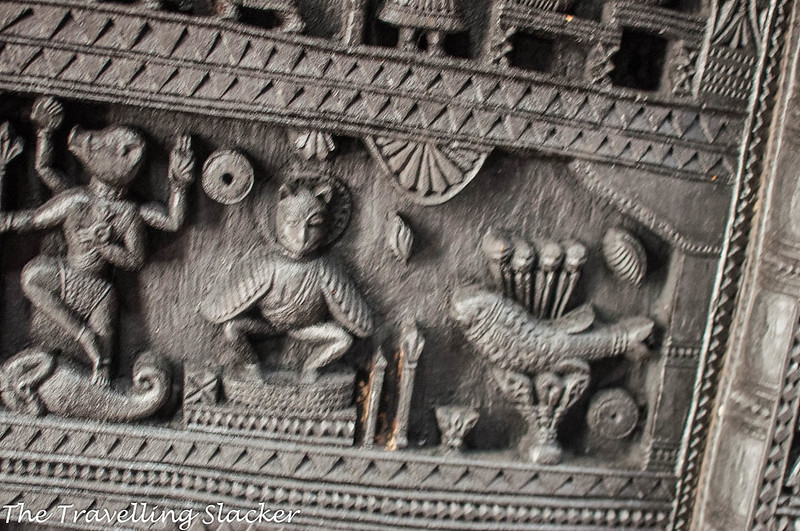 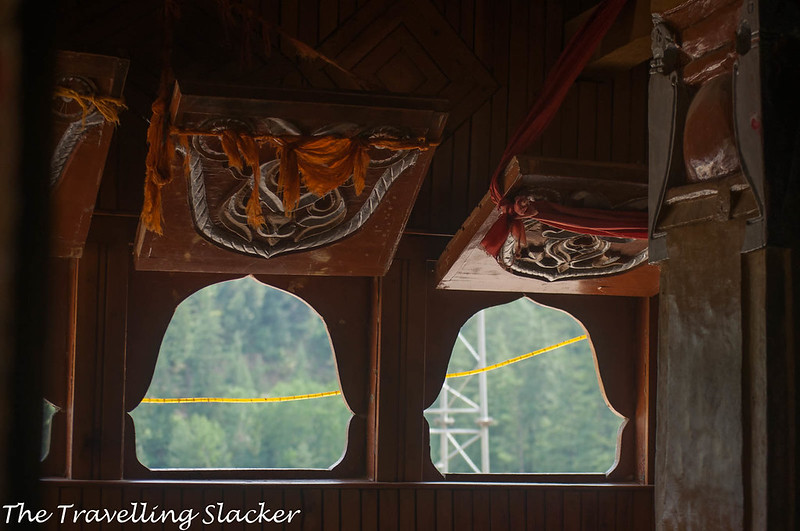 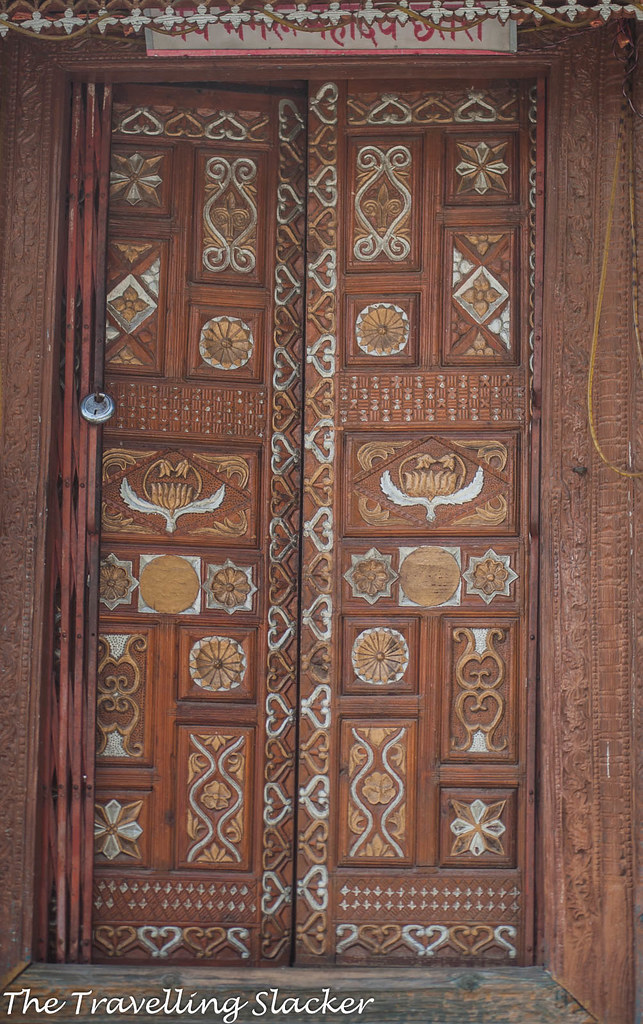 A small crowd had gathered around the temple by then. They were happy to see visitors from distant lands as not too many come here or even know of it. The priest even offered to host us for the night. On hindsight, that would have been the right thing to do as we could find a bus to any place in the morning while exploring the place in a more extensive manner that day. But a trip is not complete without self-inflicted miseries. So, we decided to start walking towards Janjehli and hope to get lifts.

We walked for a couple of kilometres and then got a lift, only for the next couple of kilometres. The way forward was pretty steep, so much so that we had to no energy to photograph the pretty sights in front of us. Not too many vehicles were coming by and the ones who appeared did not find the sight of random people walking on the road with heavy backpacks to be empathy-inducing. We hadn’t eaten anything since morning apart from a few biscuits. There was a bar-one chocolate with me but I was still saving it because as per my calculations we were not reaching the destination before midnight.

It was more than 20 Kms and the initial half was an upwards hike. We wanted to reach the highest point as soon as possible because the downward walk would have been easier after that. Gradually we realized that this road is not that popular. Almost nobody else was to be seen. I had one Bar One bar as the last ration. I was saving for the night because as per my estimates, we were not going to reach before midnight.

We kept walking till it was around 7.30 pm. A couple of swanky cars had passed by, without bothering about us. There was still a bit of light remaining in the horizon. We had covered a fair amount of distance by then but we were still walking upwards and the highest point still seemed far away. But then finally the deus ex machina arrived! It was pick-up van carrying a few local labourers. They were constructing a road somewhere nearby and now returning after a hard day’s work. We climbed up to the open cargo area where many others were standing, and heaved a sigh of relief. Eventually we reached Janjehli by 8.30 pm and finally after 3 days found a functioning ATM. It was so exhausting that I could not even ask the names or take a photo of those saviours. Maybe some day I will stumble upon them again.

3 thoughts on “Chhatri : A Temple and A Hitchhike”