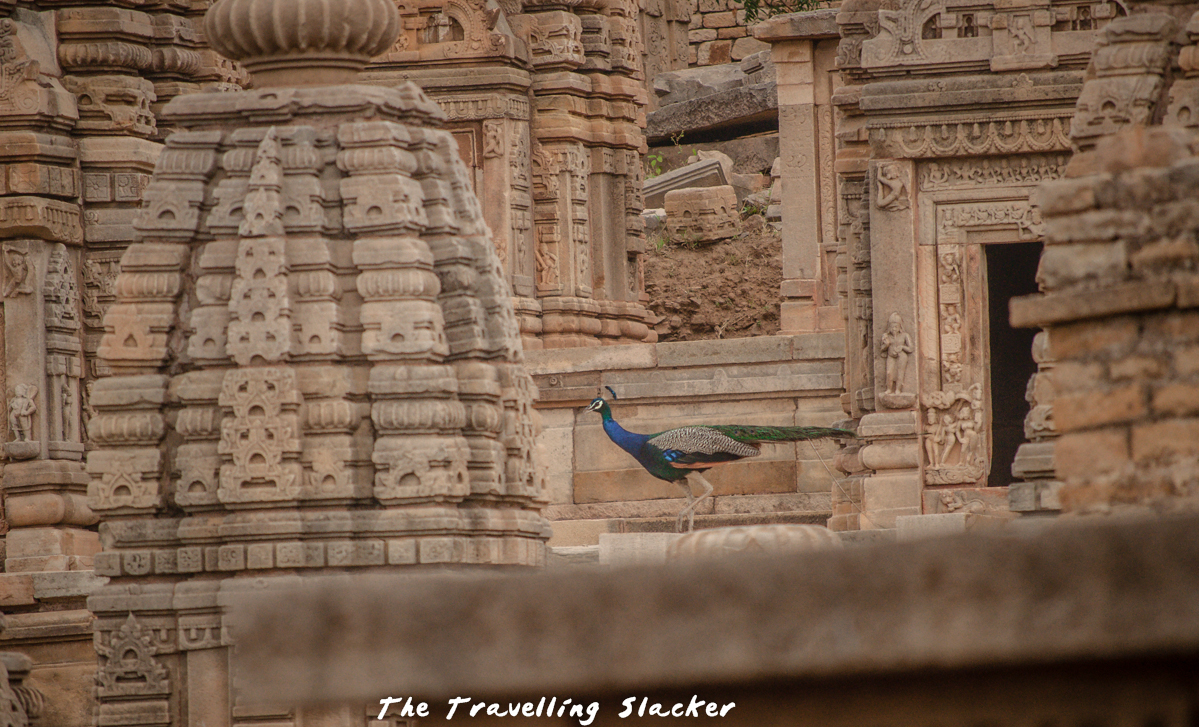 I asked everyone at the bus stand but they turned out to be as ignorant as myself. The seedy lodge in Morena was horrid and I left it as soon as possible in the morning. I wanted to visit Bateshwar and Mitawali temple in one day and after a lot of research I was more or less convinced that there were buses available from Morena. However, nobody seemed to have heard of those places at the bus stand. Indore seems to be the cultural heart of MP and so every place in this state consumes Indori Poha in the morning. I did the same and it was good for INR 10 but even the shopkeeper had no clue about my destinations. 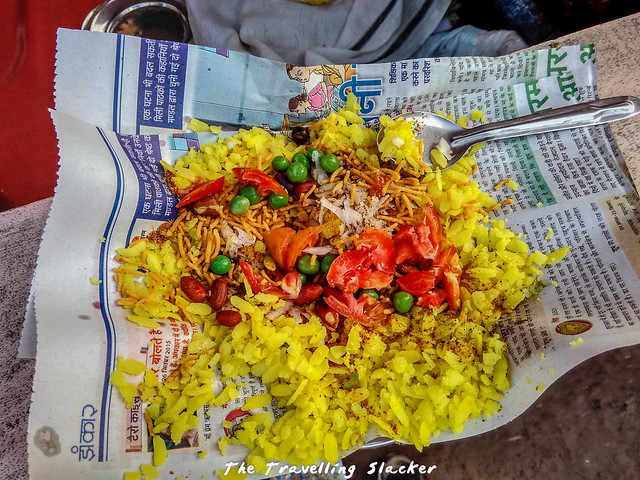 The previous day, I reached Morena after a hassle free train ride from Delhi. This dusty town is not very appealing at first sight. I had made a failed trip to this place once before, during monsoon, only to be greeted by squalor. This time it was drier and cleaner. Due to my awkward timing I’d reached at noon and had to wait till the next morning for the actual trip. So, I visited the museum in Morena in the afternoon. Although not very big, it is an important museum simply because it is located at the heart of a region that I consider to be among the richest yet most neglected in terms of archaeological treasures. There are scores of small and big archaeological sites in this belt across Northern Madhya Pradesh. Strangely it is only a few hours from Delhi and not more than an hour from Agra but almost nobody seems to care much about them. 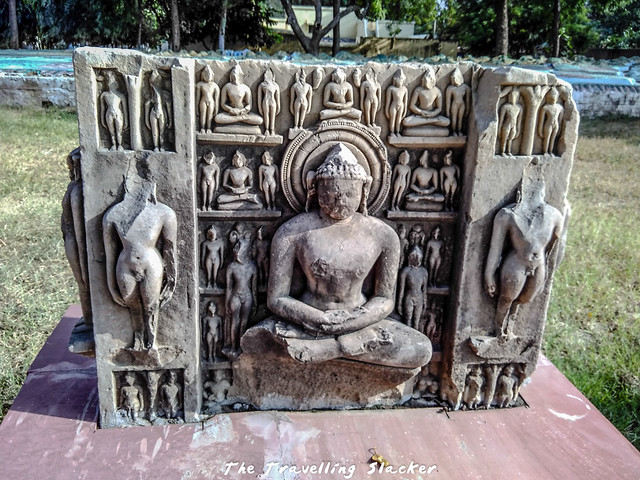 The museum, named after Ram Prasad Bismil, also has some small sculptures uncovered from various sites across the region. Apart from them there are photographs and information about the important sites. However, for some reasons, the more interesting sculptures are lying outside the museum. They have not been sorted or labelled. I could not figure out what some of them even depicted. Hope somebody can help with these. 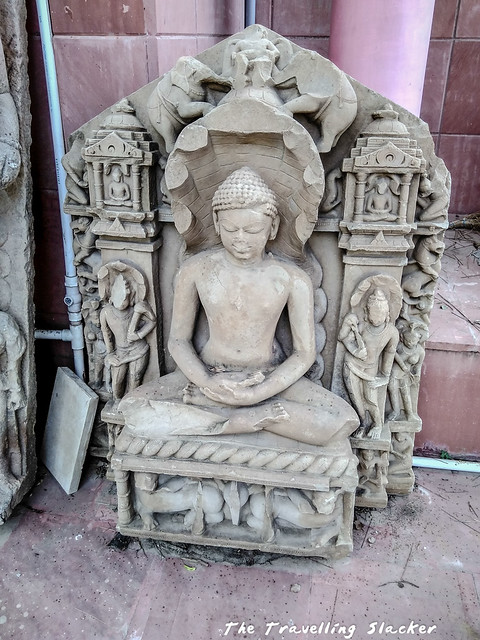 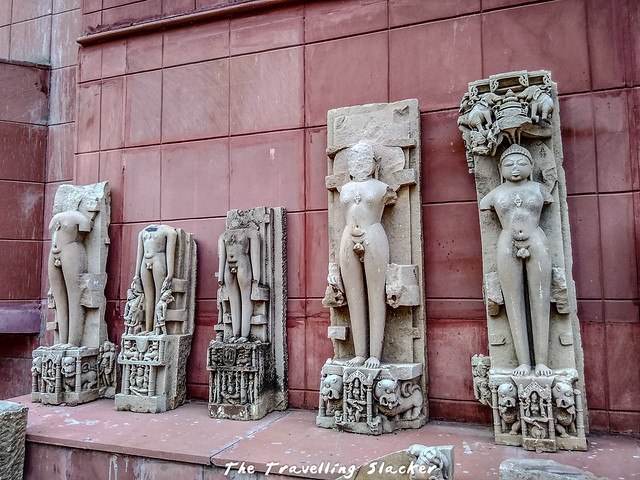 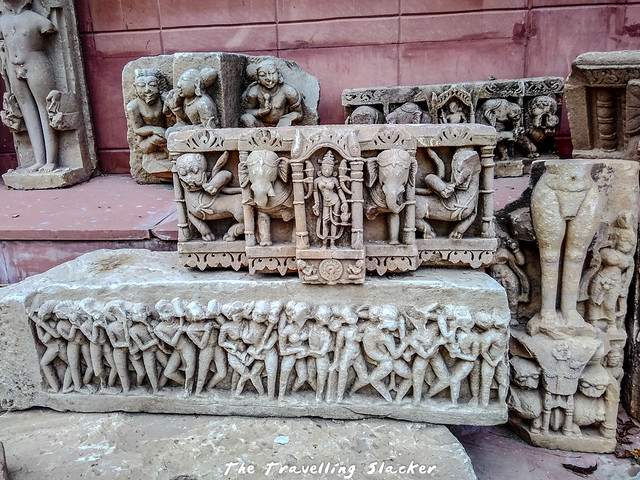 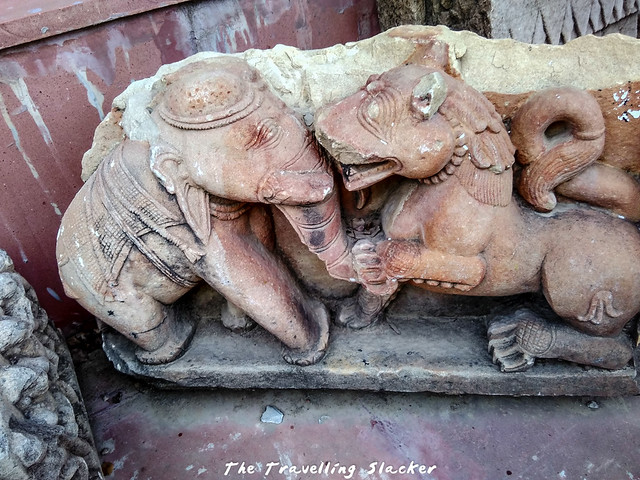 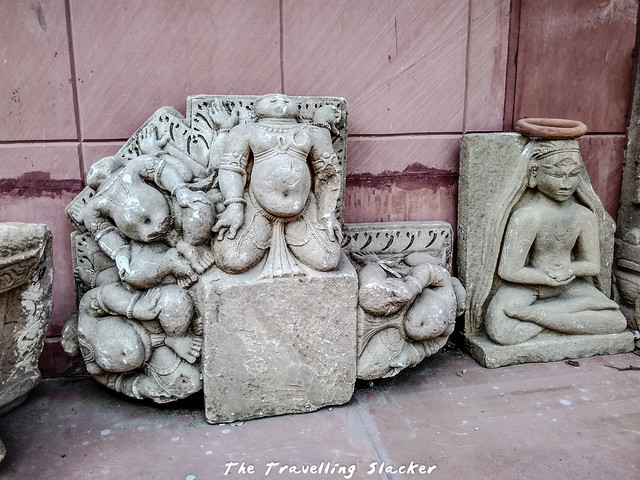 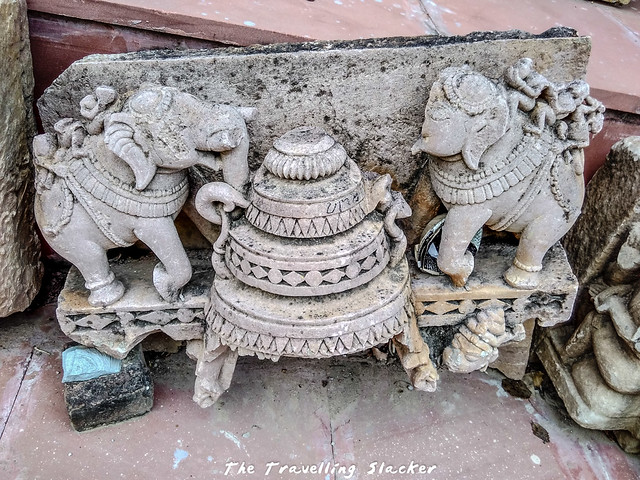 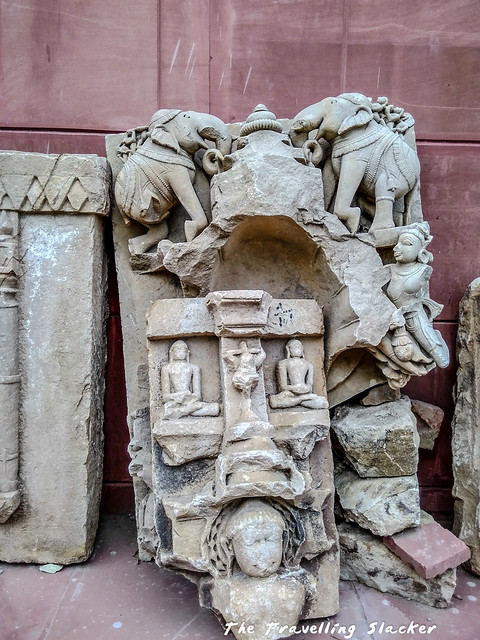 The Walk to Salvation:

Anyway, coming back to the next morning, I checked the map and decided to come to a place called Nurabad around 14 kms away from Morena. This was because the map shows a diversion from the highway at this point that leads to Bateshwar. It seemed a long way and success would mean a walk of close to 30 kms if I also returned in the same manner. It seemed like an insane plan but I was not psychologically prepared to accept another failed trip.

Nurabad is a small settlement but with a bit of history attached to it. Vestiges of Mutual constructions can be visible in some of the havelis and one of bridges over the road.  I did not spend much time there and started following the map (The network connectivity thankfully is good in this region). I came across a railway line and vast fields of millet. The road seemed straightforward but I was not moving fast enough. Intially the morning breeze was cool and pleasant but it gradually disappeared and it became unpleasantly hot by the time it was 9 am. I had chosen the dates following the weather forecasts. It was supposed to be cloudy with light drizzle. However, there was no sign of the same.

Finally after a couple kilometres, two local men chatting under a shade by the side of the road called me and inquired what I was up to. They were a bit amused that I had come this far to see those temples. We chatted a bit about life in the village vs that in the metros. He showed me a herd of buffalos and asked if I know what those were. I told him that Indian cities were not so detached to their roots so as not to know what a buffalo is. Eventually, he helped me by calling two other people who were going in the same direction on their bikes, carrying containers of milk to be donated to a local temple for a “bhandara” (a religious congregation followed by free food for all). They were not going all the way to my destination but helped me cover around 3 kms without walking. The roads were mostly smooth apart from the occasional villages where they always seemed congested and potholed. They left me at a point where I could see the signboard. Bateshwar was still 8 kms away!

After a breezy bike ride began the most difficult part of the trip. It was noon by then and I had finished my bottle of water. I did not meet any other generous person offering a lift. I soldiered on and finally arrived at Bateshwar taking a small mud road from the main road. I stopped at the entrance for a while, catching my breath. The clusters of mini temples were visible already and my exhaustion was finally giving way to elation. I noticed a few people resting under the shadow of a tree. All of them were part of the staff that looks after this complex. Finally I got drinking water from one of them. They were kind enough to even suggest that I could cook using their kitchen as their cook is on leave but considering my culinary skills, I declined politely. 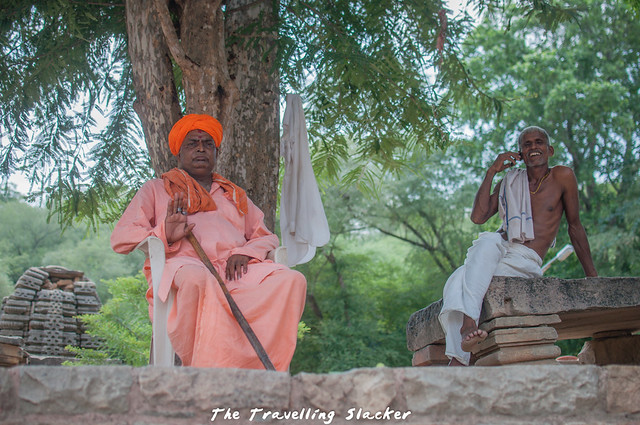 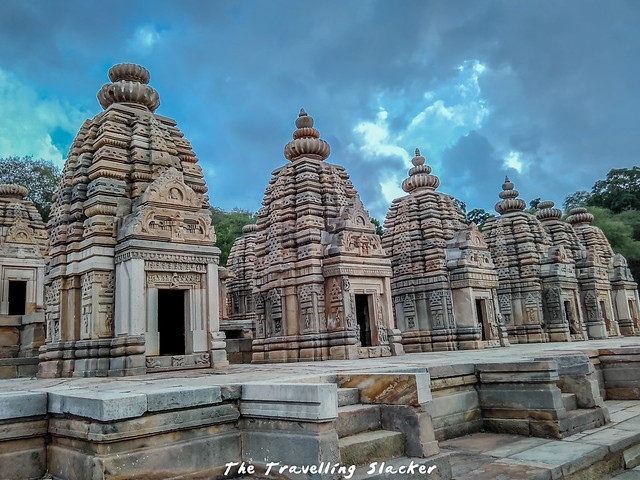 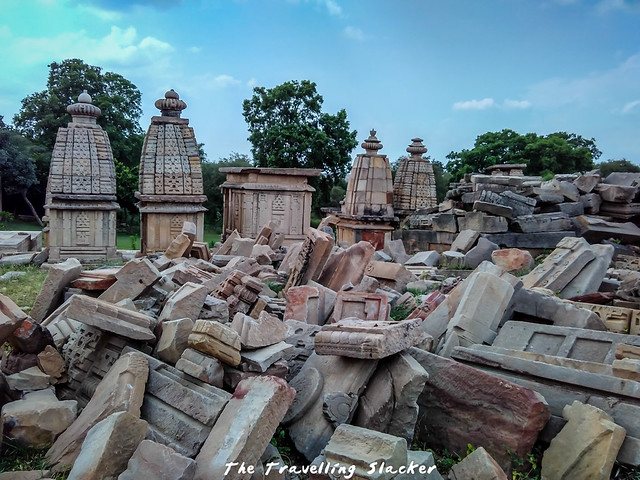 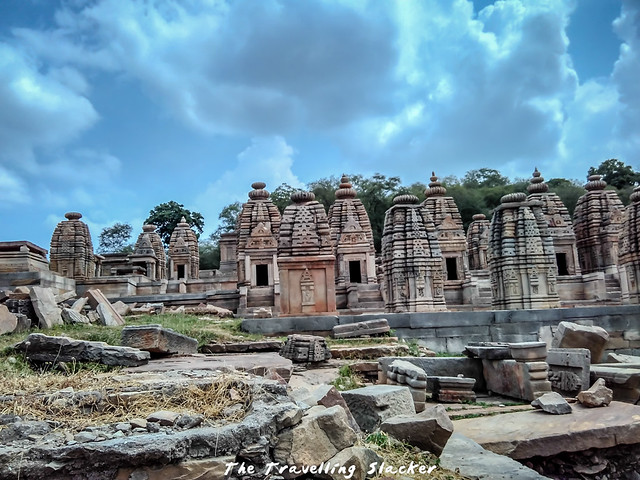 KK Muhammed: The Man of Monuments

Bateshwar is a place as surreal as it gets, not only because of the sheer artistic achievements of those unknown sculptors but so due to the story of resurrection associated with it. It was built during the Gurjar-Pratihar dynasty, an early Rajput clan from the 6th and 9th century. It was not one temple but a whole complex of 200 small temples dedicated mostly to Shiva and Vishnu. I am not sure when the decay began but it had been reduced to a pile of rubbles by the 20th century. Local people knew of it and probably preserved some of the details as folklores through generations but it never received any attention from anyone including scholars and archaeologists. 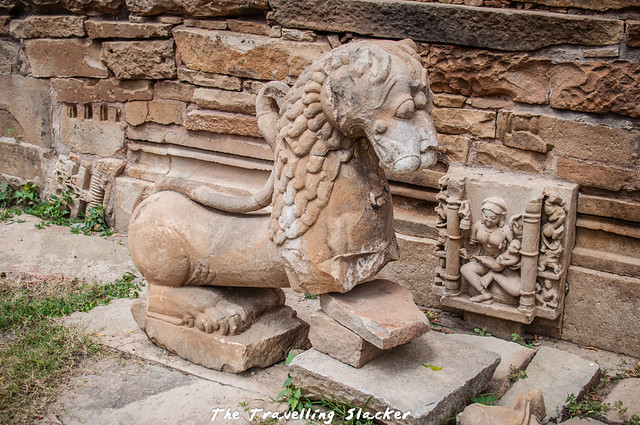 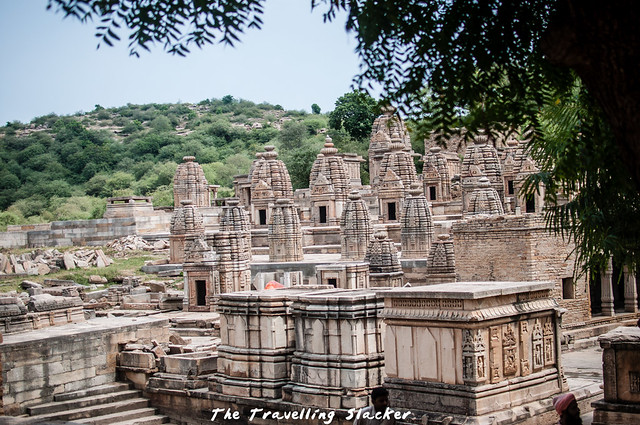 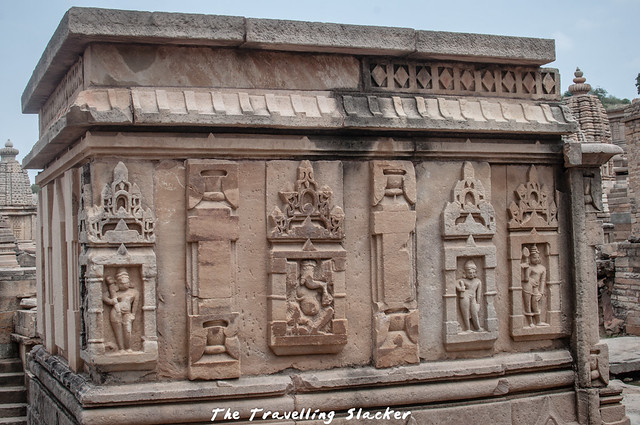 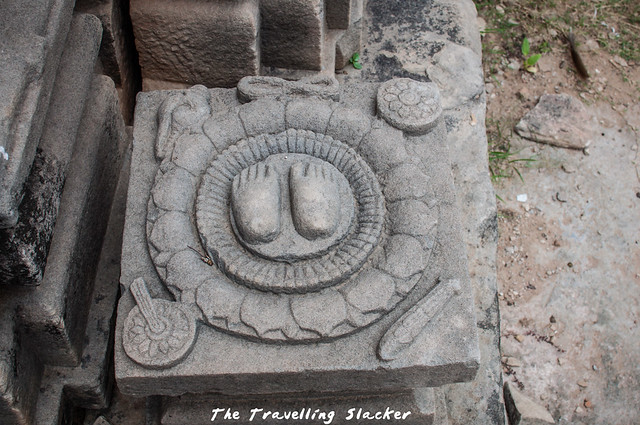 This situation of hopelessness persisted till 2004 when KK Muhammad, an official from Archaelogical Survey of India arrived on the scene and was fascinated by the ruins. But it was not easy to restore it. To make matters worse, Morena happened to be the epicentre of infamous Chambal bandits. Although by that time this menace had been curbed to a large extent, there were still a few operating gangs. Muhammad met and convinced some of them to allow the restoration and offer protection. The process still continues and so far 80 of the temples have been faithfully restored after a lot of painful research. Rest of the artefacts are still lying around the compound. The aforementioned bandit gangs are no longer active and the area now is generally safe for visitors but the neighbouring hillocks have now been overtaken by stone mining mafia as per some reports. 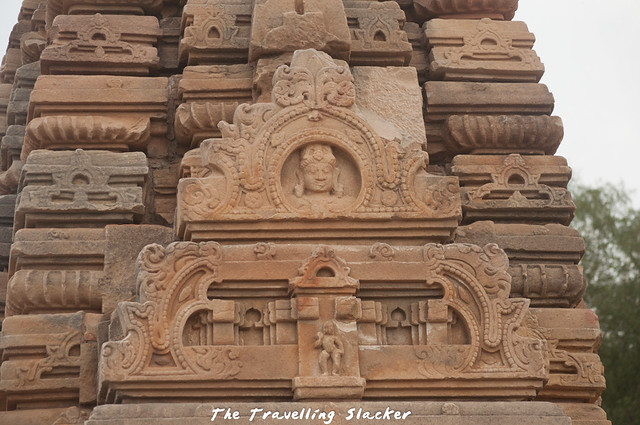 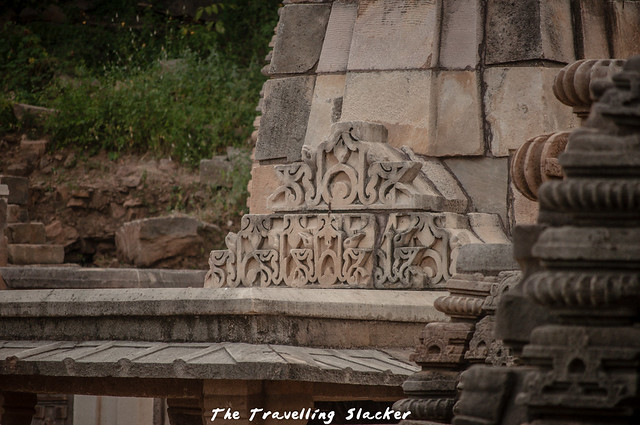 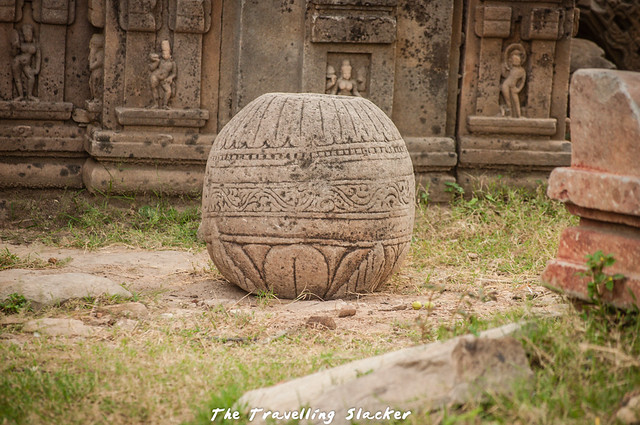 One Hanuman statue sticks out in this compound because it is freshly coloured in red, probably with vermilion. It is a live spot in the complex where locals still worship. Rest of the small temples have been restored along the whole of the hillock along several steps. At the bottom, there are a couple of stepped water tanks too although they are almost dry as the rains have been scarce this year. The information board at the entrance explains that the early temples are the one with plain square roof while the later and artistically more evolved ones have a conical top that we generally expect in such temples. 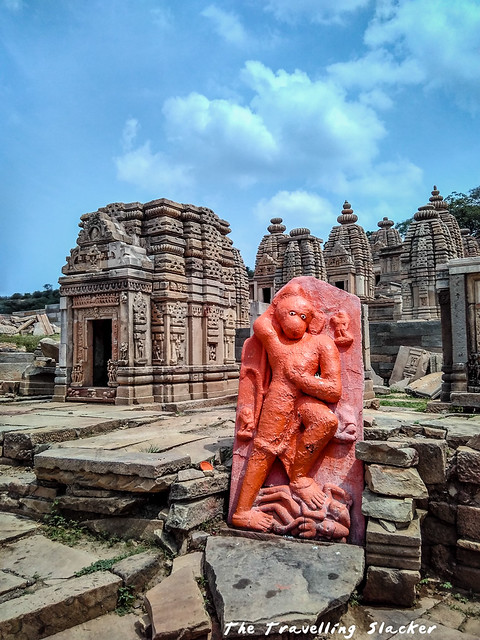 But what actually add to the surreal part are the peacocks. The jungles are full of them, and various other birds including parakeets and kingfishers. They often come out of the bushes and pose atop the temples. I have a feeling that this area can also work as a bird watchers’ paradise if explored well. While I was focusing on the peacocks, the sky darkened, the air got cooler and the rain that was promised by the forecasts, finally arrived, almost mocking me for my mistiming. This also meant that I could proceed no further. I was already exhausted after having walked more than 12 kms under the unforgiving sun and was doubtful about Mitavali as that also involved climbing a hill. 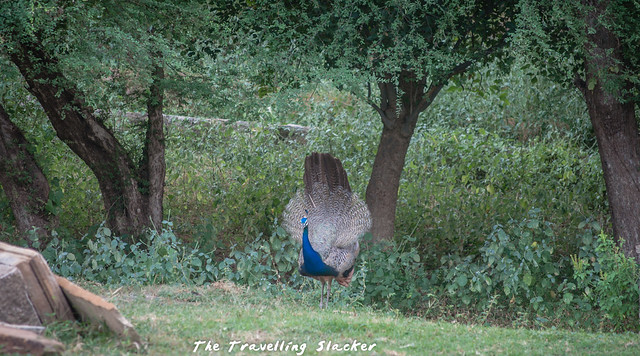 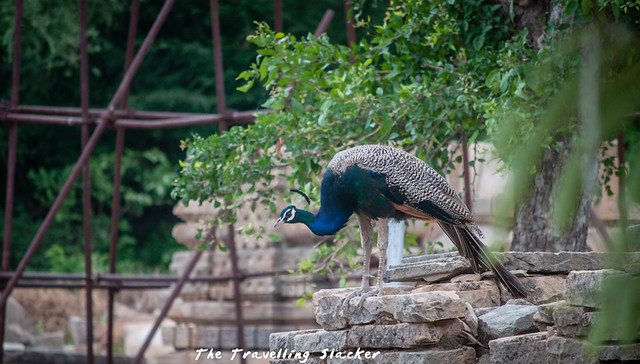 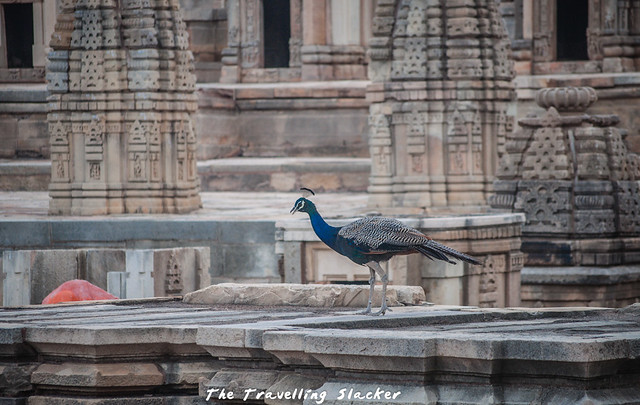 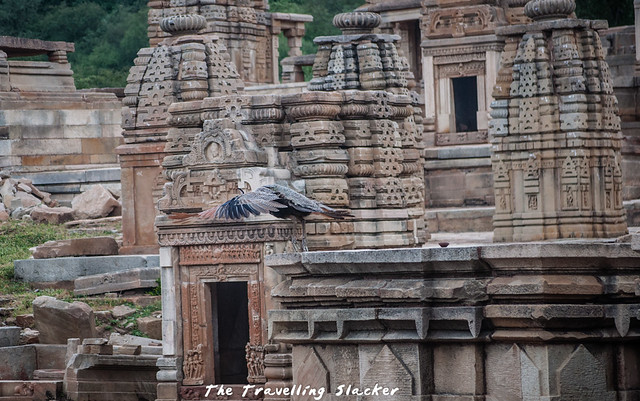 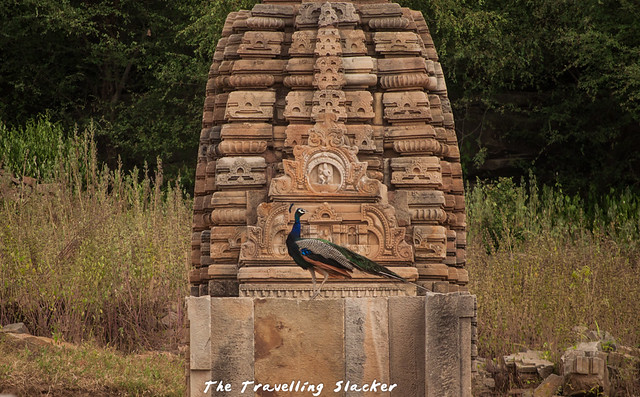 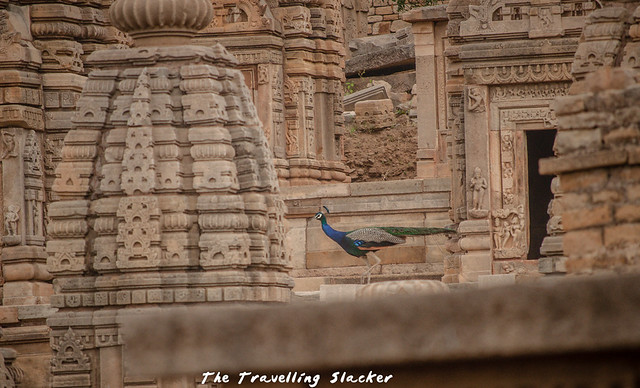 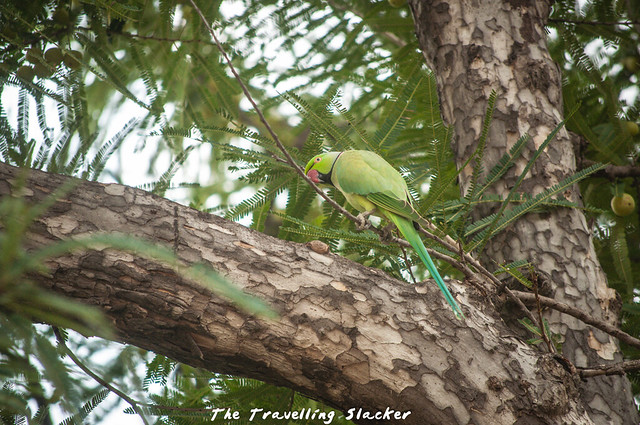 Nevertheless, the one positive thing that happened was that I learnt from the people at Bateshwar was that buses are indeed available although infrequent. They gave me some tips but I will explain later in a detailed travel guide to the region. Let me finish today by saying that I did not have to walk back. A returning bus was available and it took a route slight different than the one I took in the morning and I reached Morena in 45 minutes and took the night bus back to Delhi.

40 thoughts on “Bateshwar Temple Morena: Resurrection of a Masterpiece”