Reaching Pangi again was exhilarating as always. Unlike last year, I was not alone. We were seven people in Miyar Valley. Four of them went back via Manali route after the Miyar Trek and the remaining three reached Killar. However, the next day was a complete washout with a thick veil of mist covering the entire valley. Having wasted one day, I was desperate for something substantial the next day. I had already done a long solo walk along the Hudan Valley last year. But I wanted to show it to my companions who were visiting for the first time. As it turned out, we missed the morning bus and again started the same long walk like last year. 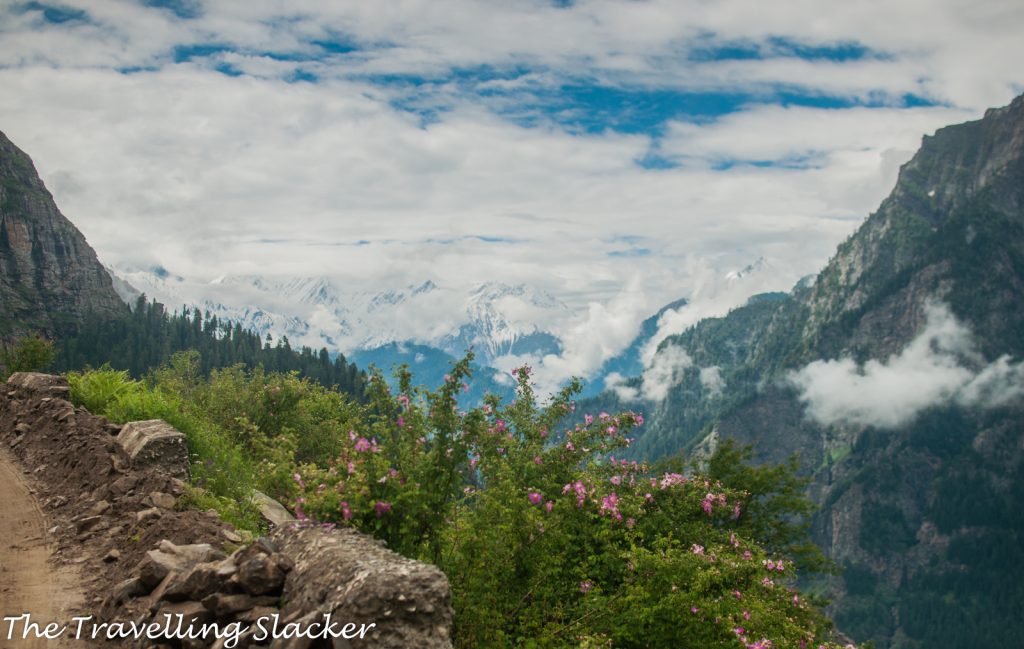 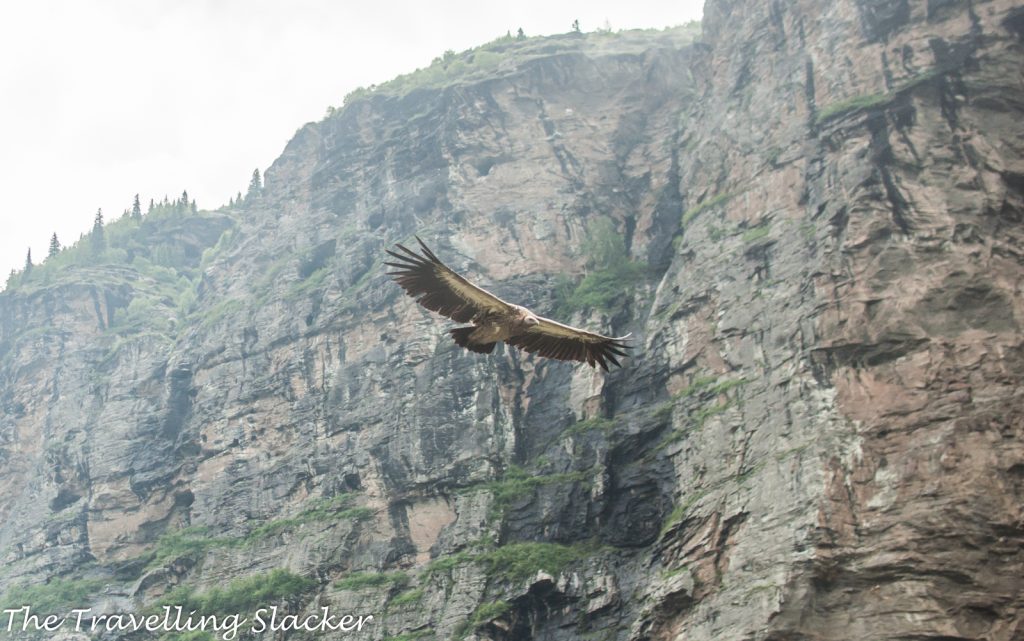 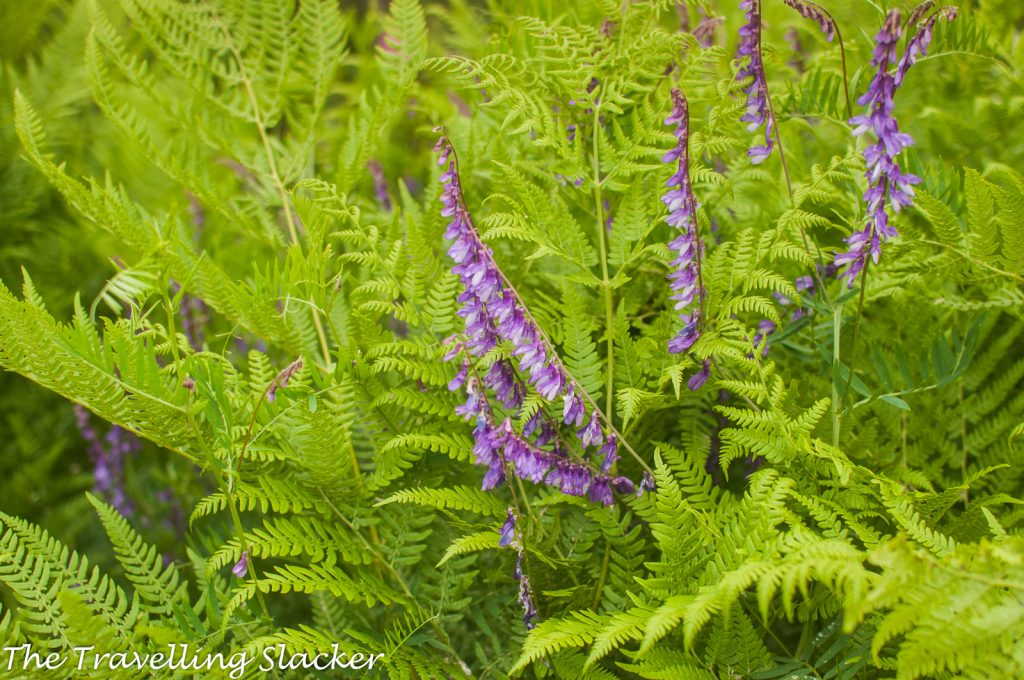 The sky was still cloudy when we started but there was a hint of a good day in certain corners of the sky. The day blossomed as we walked along and the famed slopes of Pangi started revealing themselves. We walked the first couple of miles very quickly and came across a band of guys who were from Churah, which is the region just beyond the Sach Pass and adjacent to Chamba. They were there to work on a road construction site. However, they seemed far happier than other people I have come across doing such tasks. The secret of their happiness seemed to lie in their flexibility. They don’t work permanently. They work for some time, gather money, and then enjoy for a while, go for a trek beyond their villages. In short, they were freelancers like me. They gave some insight for treks around Churah and gave us the codeword for finding good Rastafarian delights in that area. We eventually reached the point where construction was going on. we were halfway through and we had to bid adieu to these new friends, but not before they struck the perfect pose. 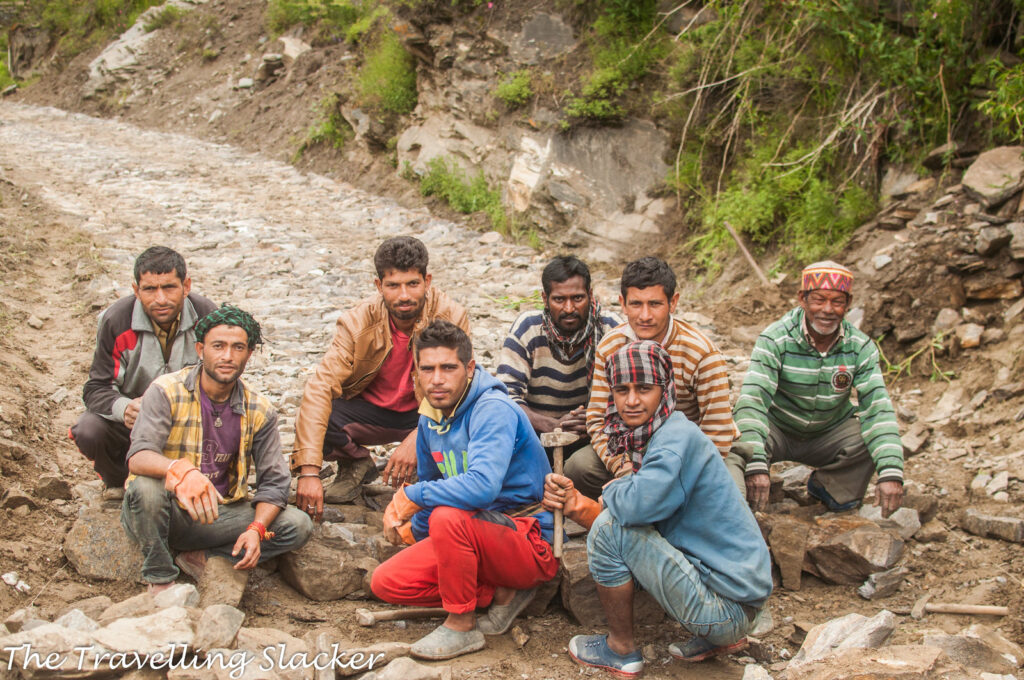 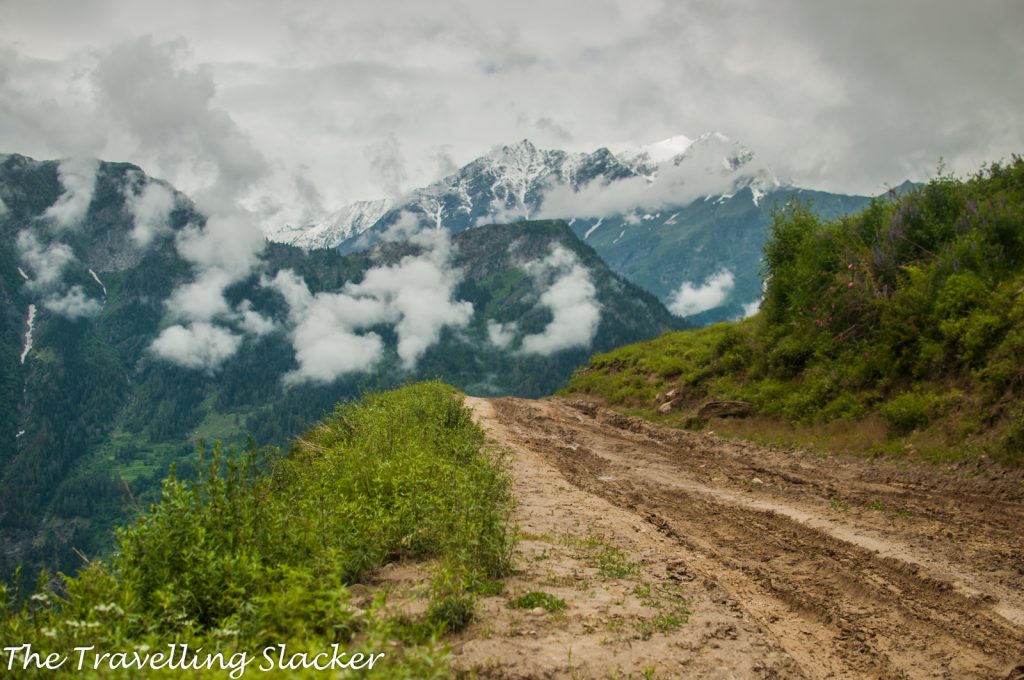 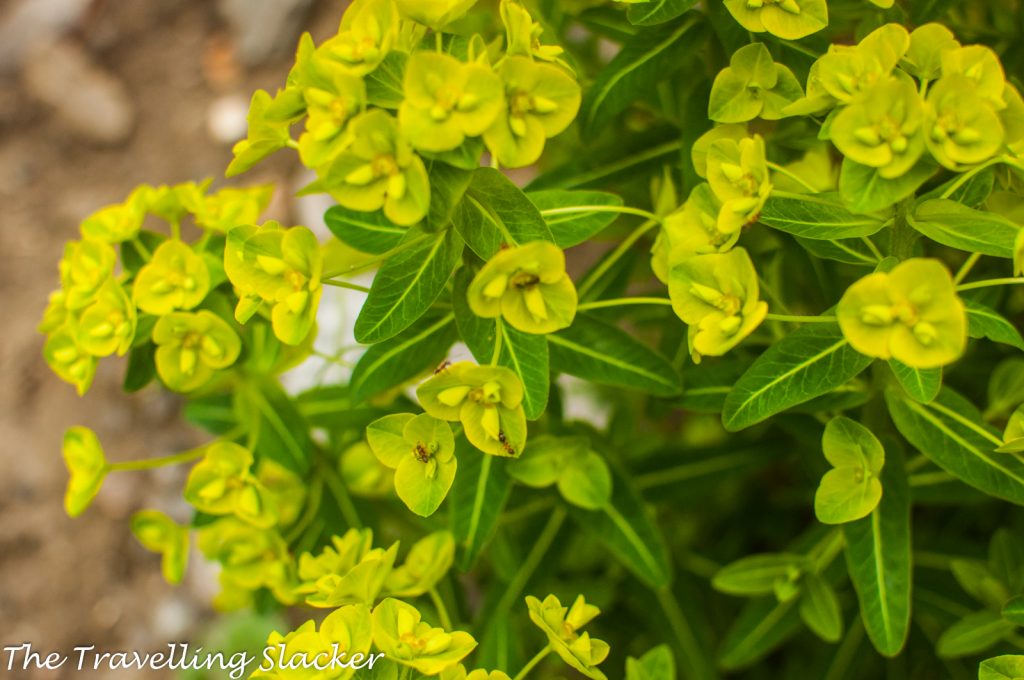 Occasional bouts of light drizzles kept threatening us for the rest of the today but it was never that severe. We reached the village and took usual photographs of the houses, chortens, and slopes covered with wildflowers. Last time, I’d missed out on what they call the “Hudan Lake”. I wondered if there can really be such a big lake so near to the village but we wanted to see it anyway. So, we continued our march beyond the village and two local girls, who were going even further to collect things from the jungle, showed us the way.

As it turned out, it was more of a small, muddy pond rather than a lake. It is surrounded by an uneven, but open space around it that plays host to Hudan Fair sometime during the monsoons. The rest of the world may not know about it but it is a big event in Pangi and is visited by people from other villages. Otherwise, this area remains empty and can be an ideal camping site although I hope not too many people get that idea. 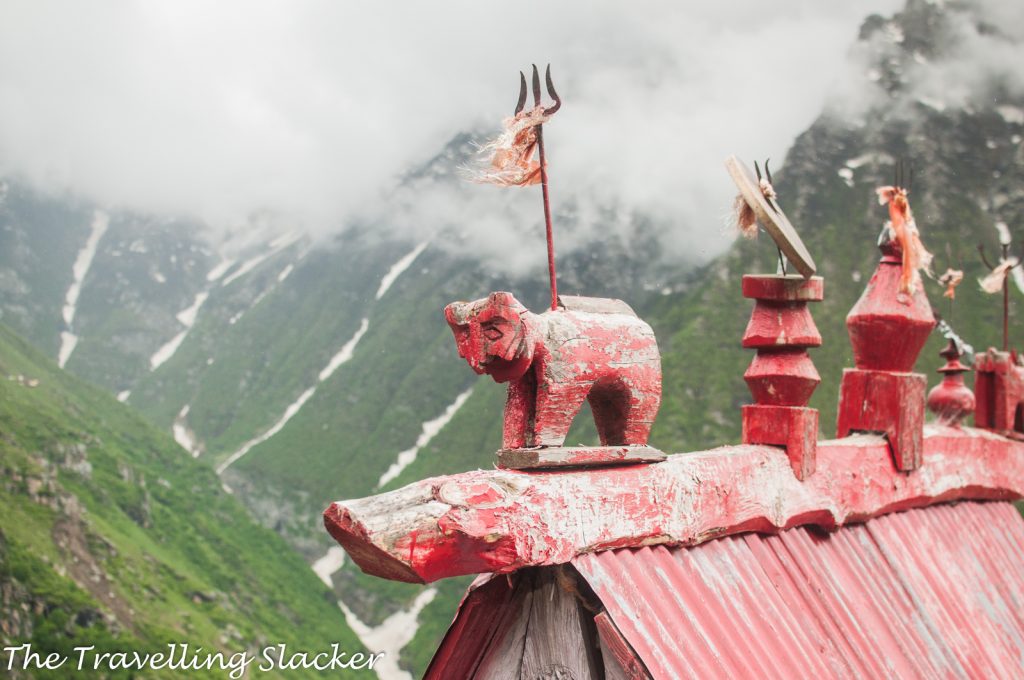 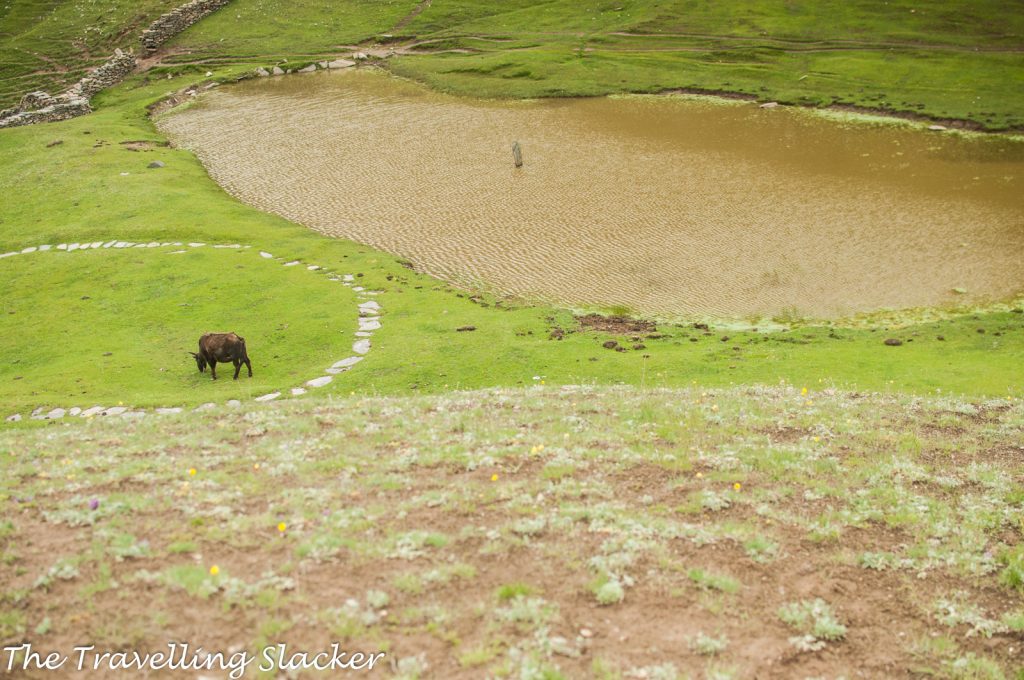 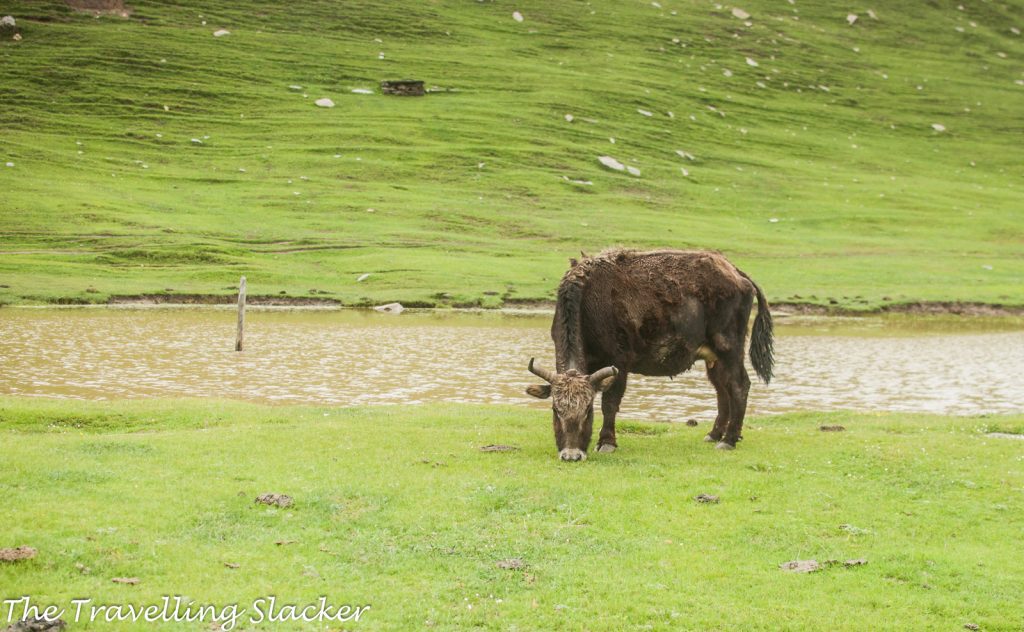 The lake is just over a kilometer from the village and at a slightly higher altitude. But it was really cold up there and we could not last long. We returned to the village and saw a couple of other visitors from Delhi, taking up residence in the Forest Rest House. This is one option to stay here in the village that does not have any homestays or hotels. But it needs to be booked from the main office at Killar (Or may even be from Chamba, not sure about that). Anyway, we chatted with those guys and extracted some free tea to go with the biscuits that we had with us. 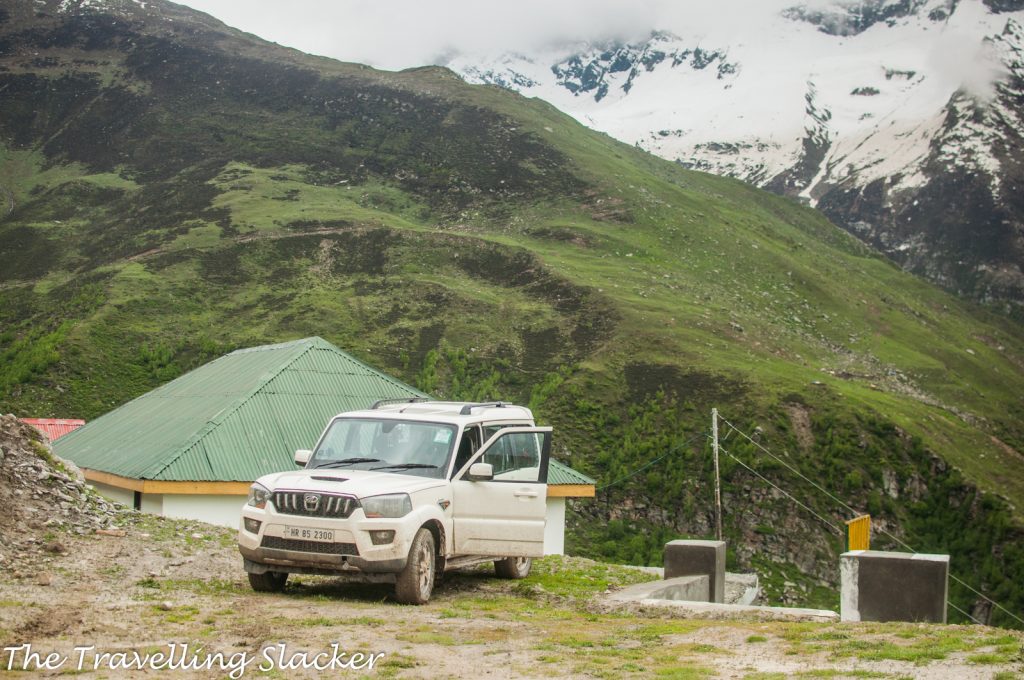 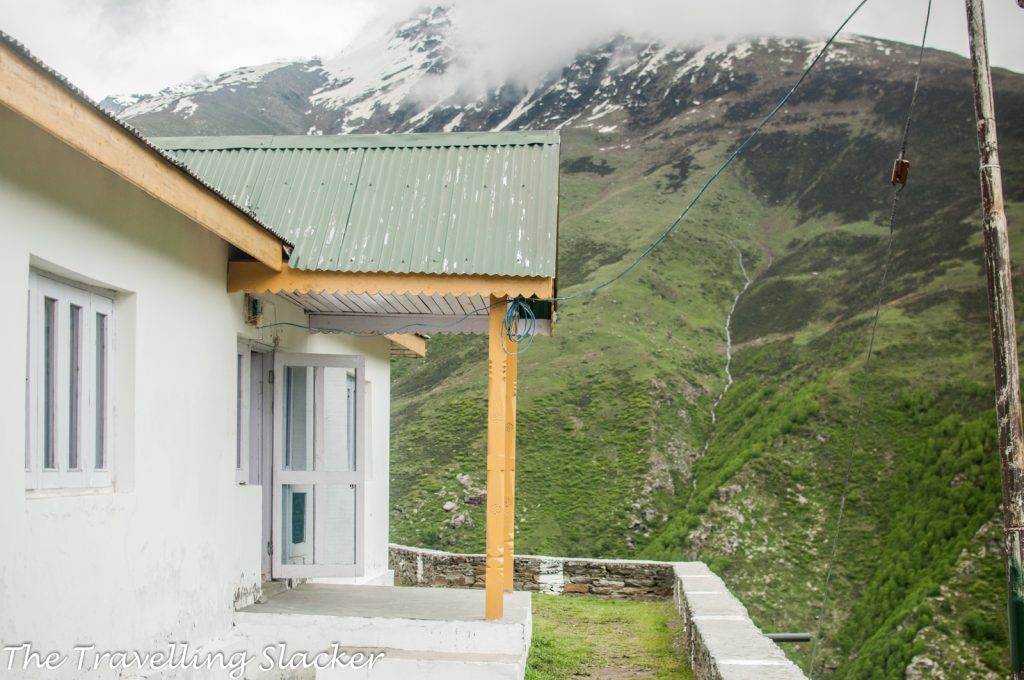 One of the people we were talking to, turned out to be the caretaker of the herb-garden just behind the rest house. It is an important site because although most people are not aware of it, this region is rich in various exotic herbs that are used in medicines and drugs. These ingredients eventually find their way to the products of many big pharma companies. Even during my first visit to the Sach Pass in 2012, I’d met a person who claimed to be a trader in such herbs. I unfortunately never asked his name but the caretaker took us through the small but rich garden where they had been growing various types of herbs, capable of curing various illnesses. Only two local women were working there at that time. I guess these are mostly wild herbs that did not take much effort to maintain but priceless in terms of medicinal properties. He even told us the names and usage of many of them but sadly I could not remember any. 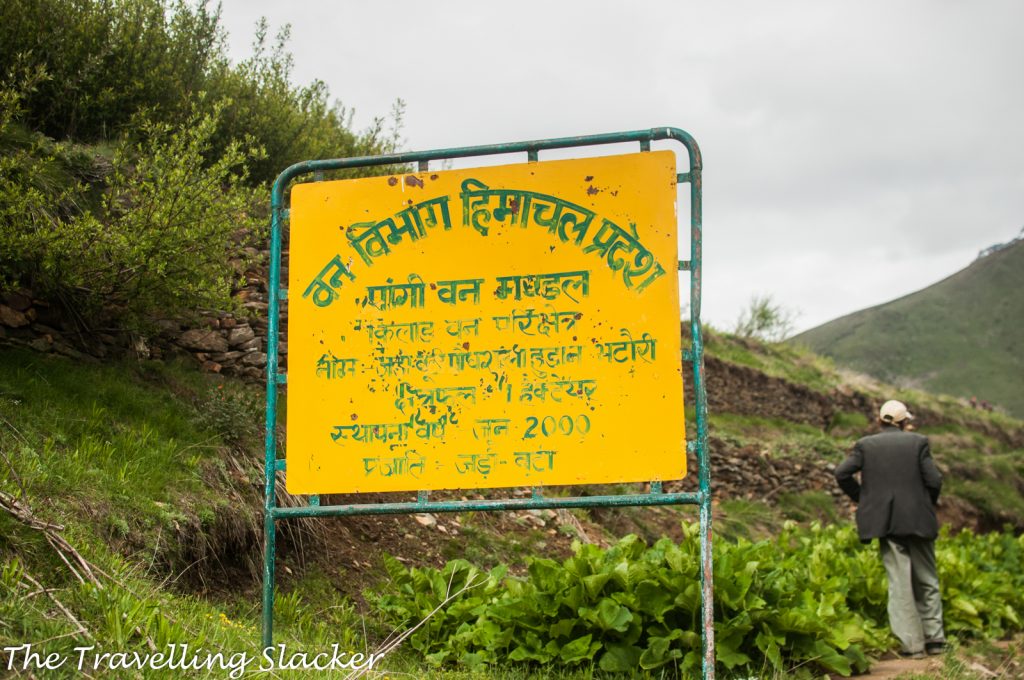 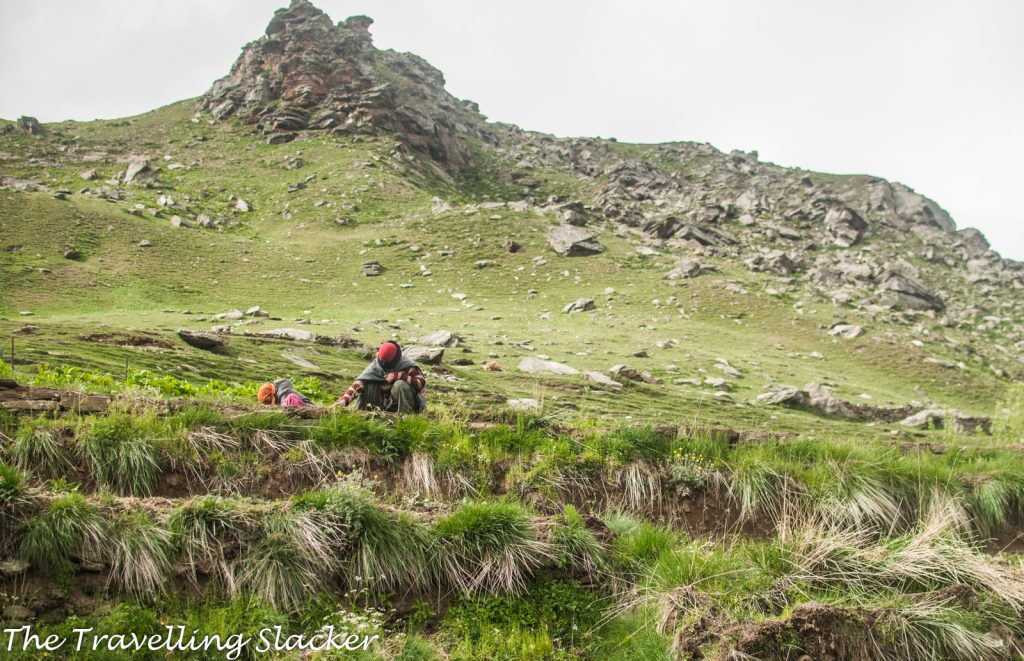 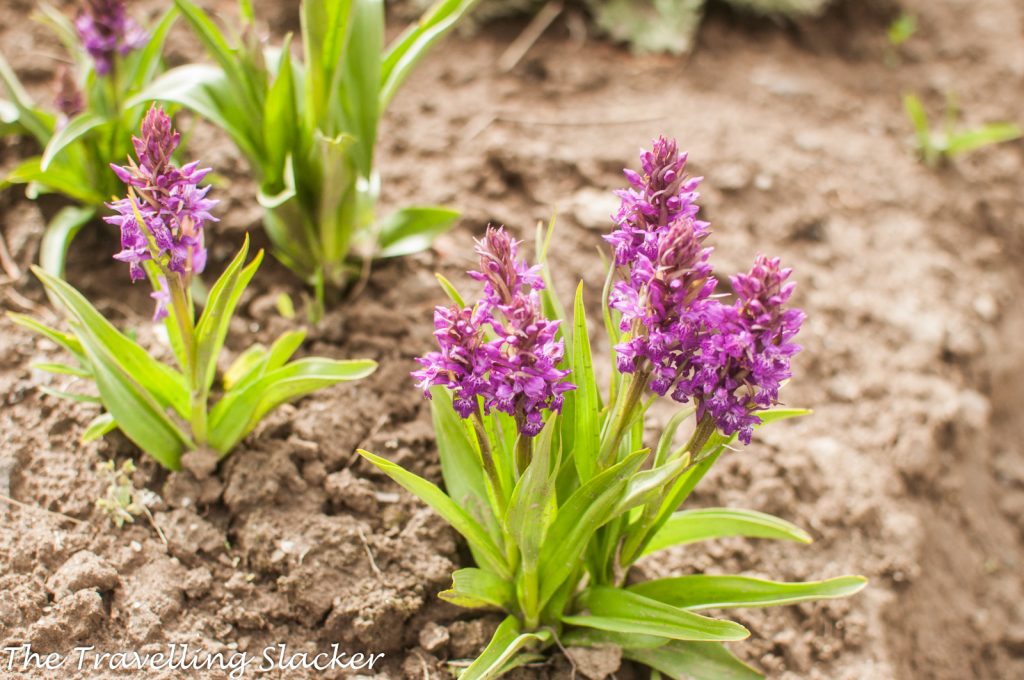 After that we decided to explore the upward slopes above the garden, trying to reach the small peak overlooking the village. I’d actually done that before so felt a bit lethargic and gave up while my companions managed to reach the top. 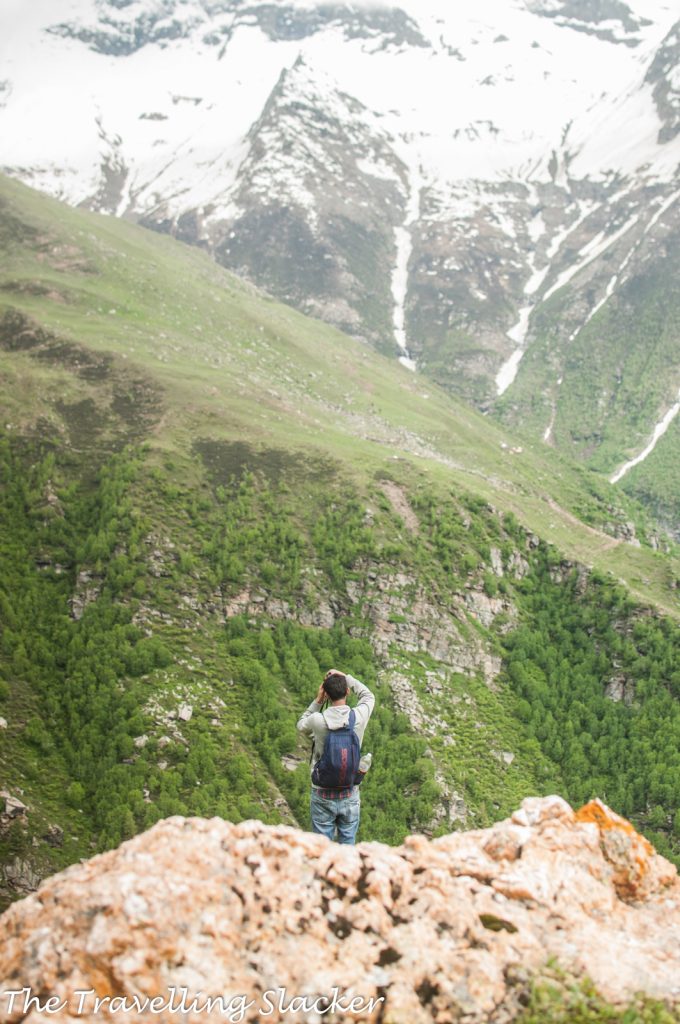 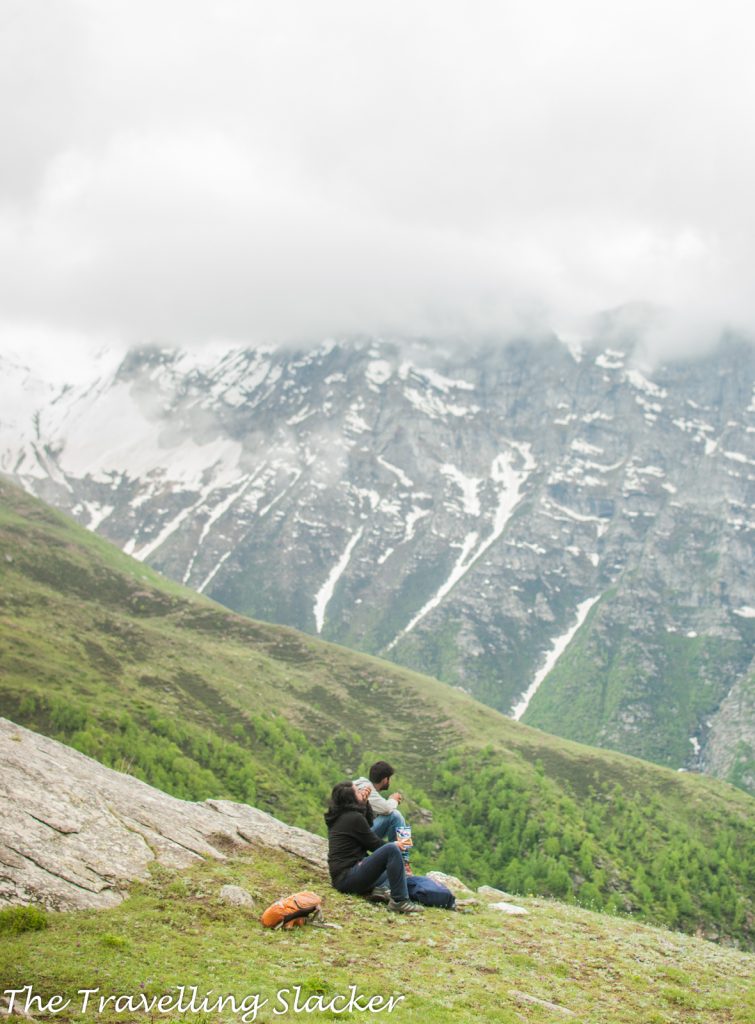 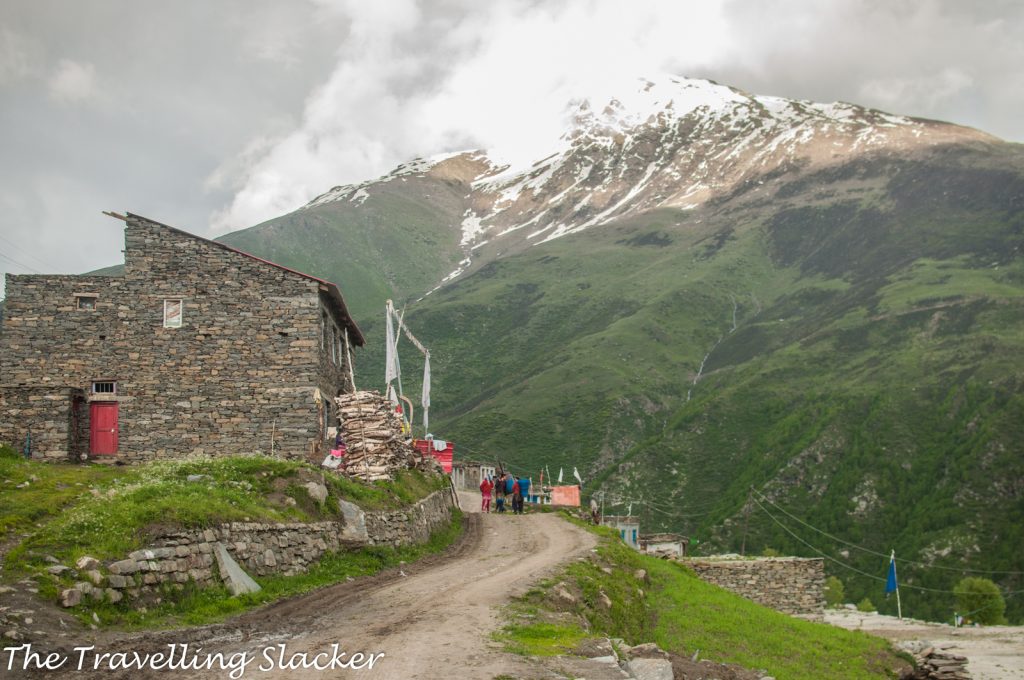 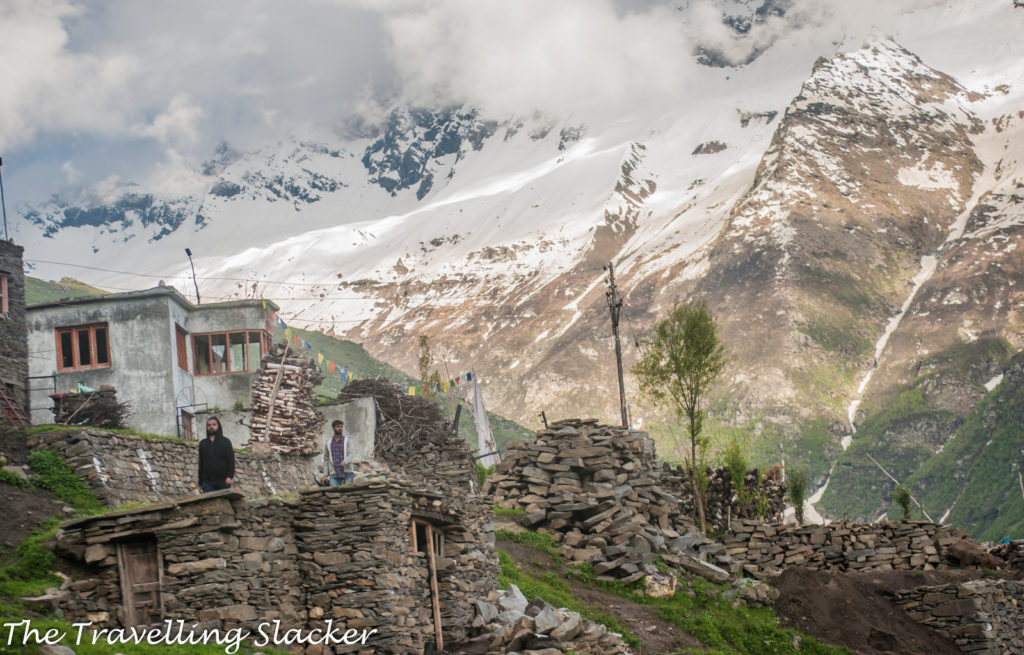 The return bus was apparently late. So, we decided to take a walk till Tundroo village, while taking photographs all along. This was the stretch and this was the time when I got the best photographs last year. Even this time, we were not disappointed. The fields on the vast slopes were at the peak of the cultivating season (Not much can be grown during the harsh winter). As the work was in progress, these slopes were showing some curious patterns. I think someone looking at them from the space will mistake them for alien signs. 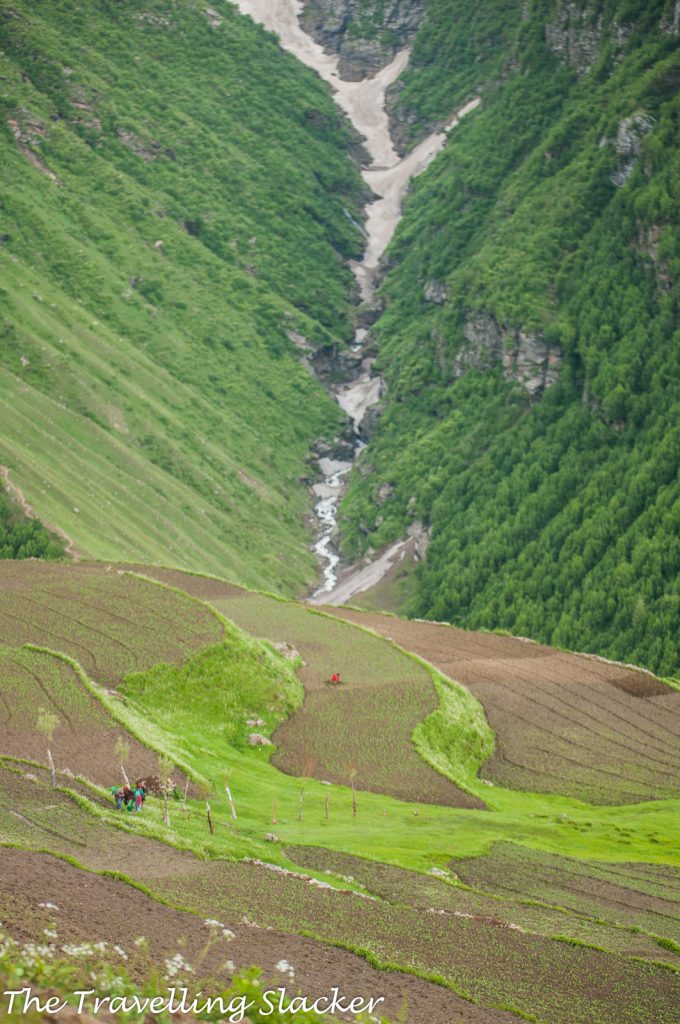 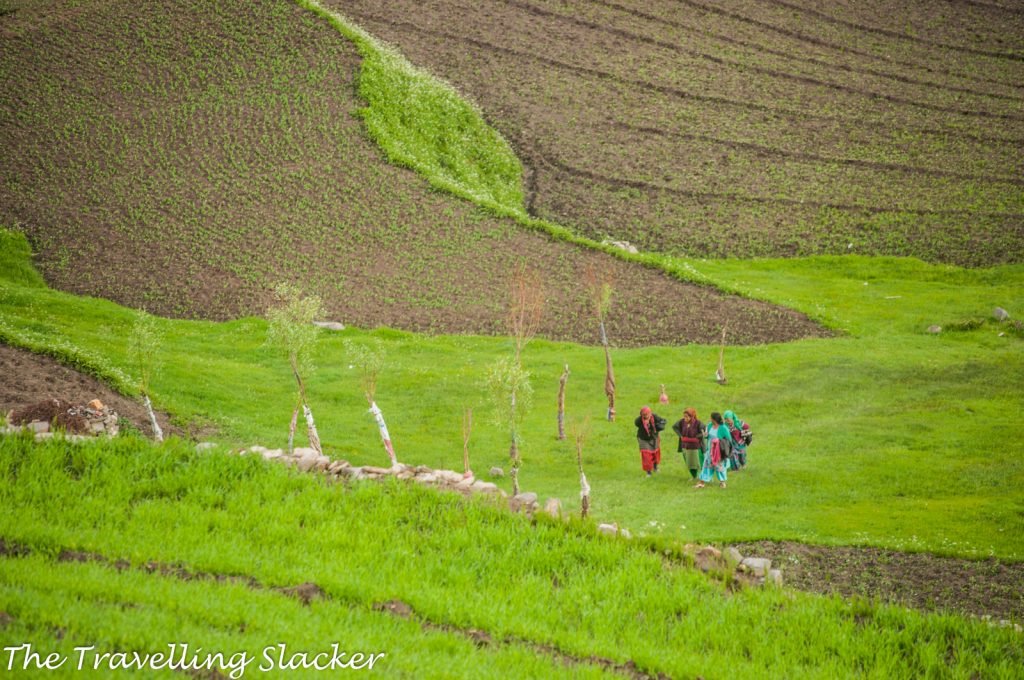 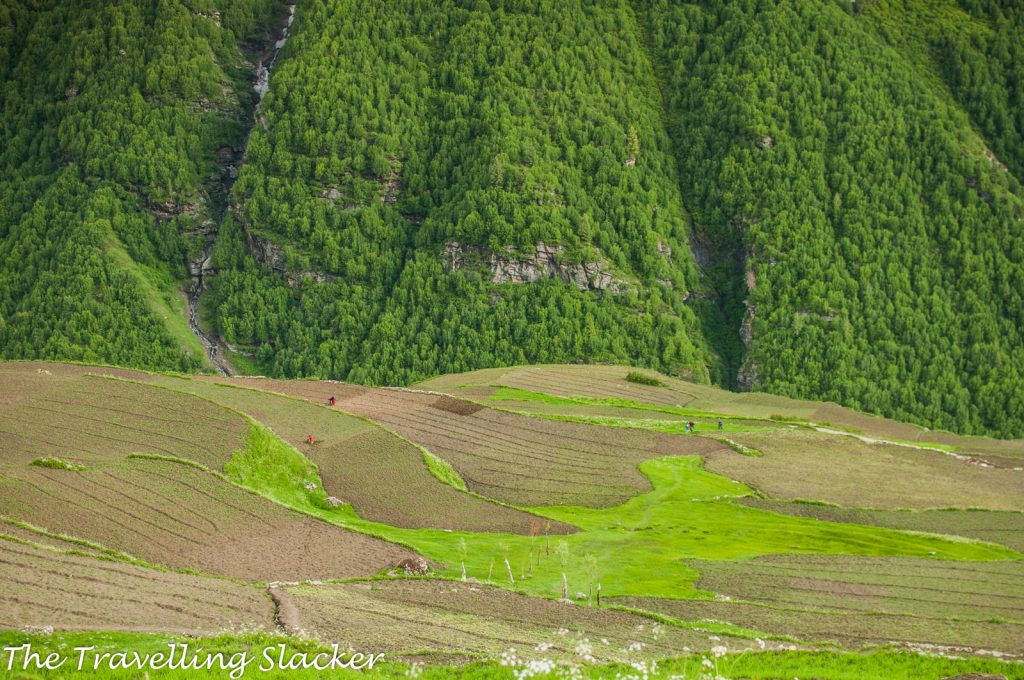 So, it was a painless day in spite of waling for almost 20 KMs. We waited at the shop in Tundroo (The only shop in this stretch where you can buy biscuits etc). The bus came late, almost after dark. But we had nothing to complain about. I don’t say it often but it was a good day! 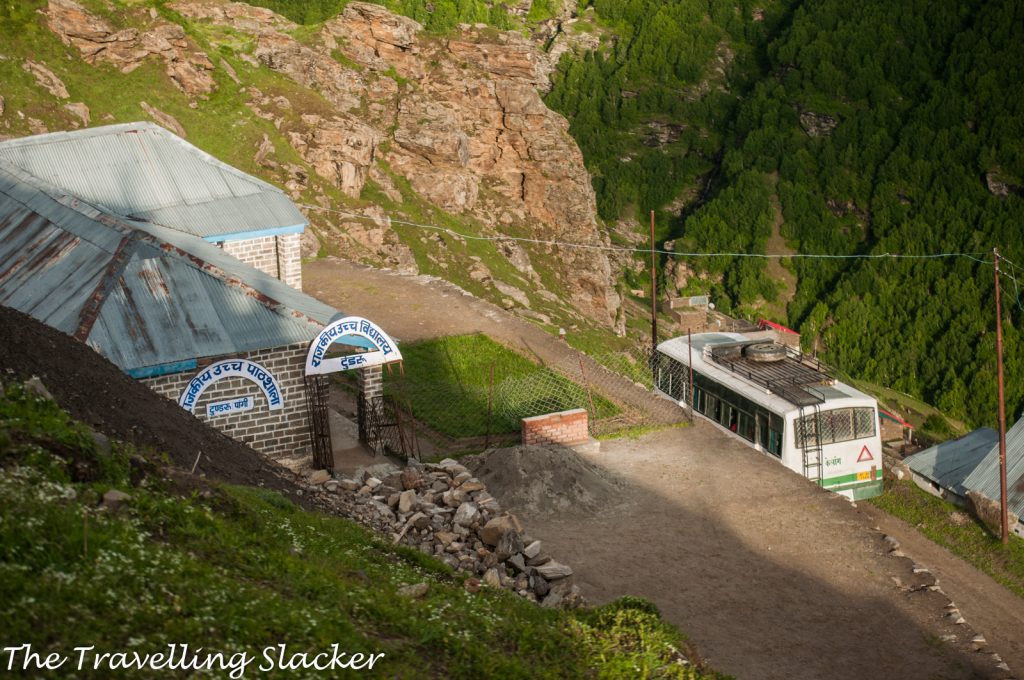 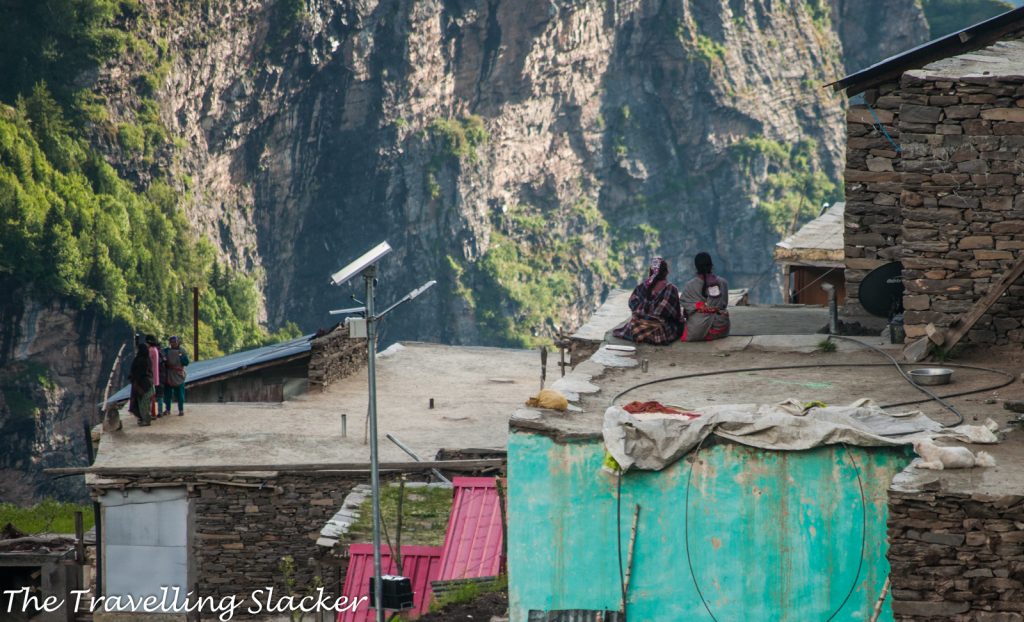 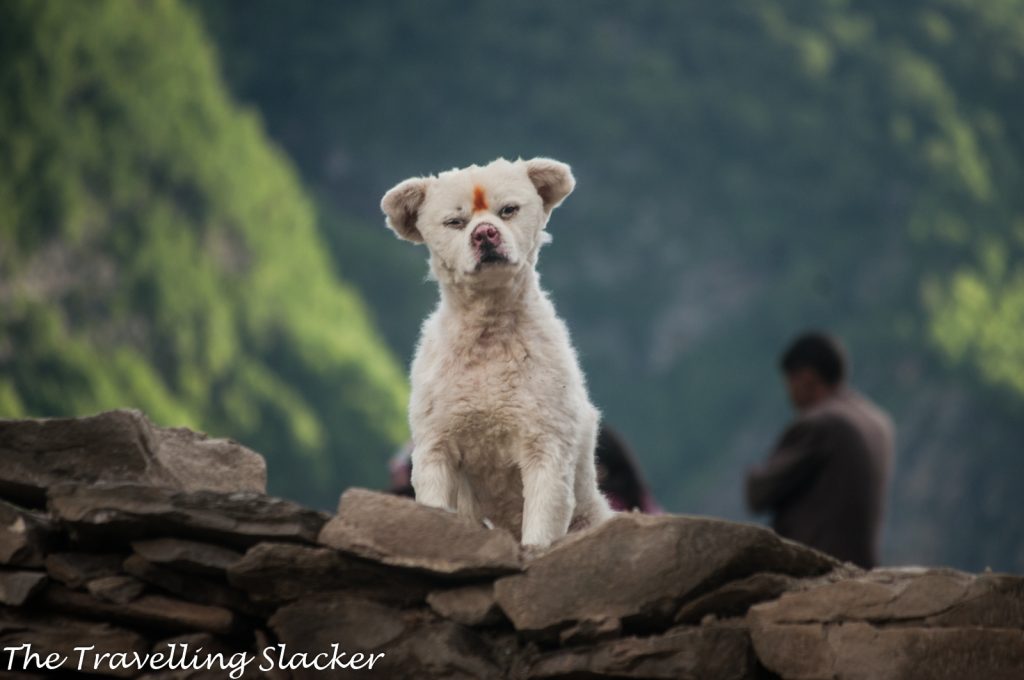 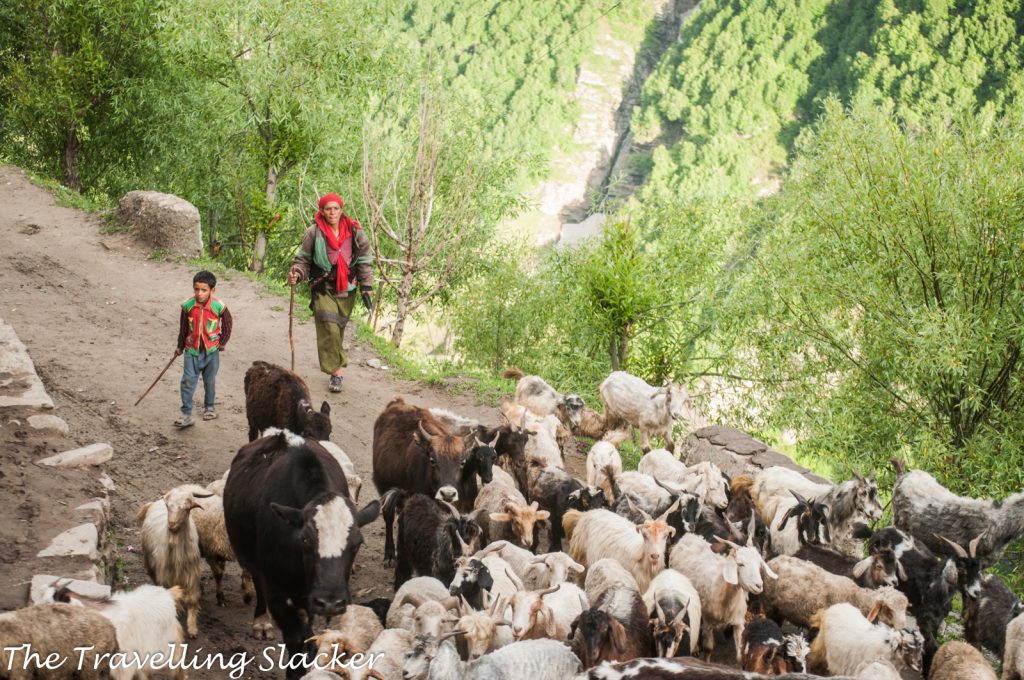 15 thoughts on “A Walk to Hudan Valley… Again!”