Skip to content
Finally, I am back with a full-fledged book, something that is available both as paperback and ebook.
The most difficult year is over (& I thought the same about the previous one, which now looks mild in comparison). We can’t be sure about the next one too. Circumstances kept intervening every time I tried to reclaim my normal life and eventually, personal losses made it even more difficult & I’ve been mostly inactive here of late. Anyway, I’d like to start this year on a productive note.

I discussed about the possibility of this book last year with Sange of Holiday Scout but it kept getting delayed due to the situation. Some of my friends know about it already but finally, I am making the public announcement. 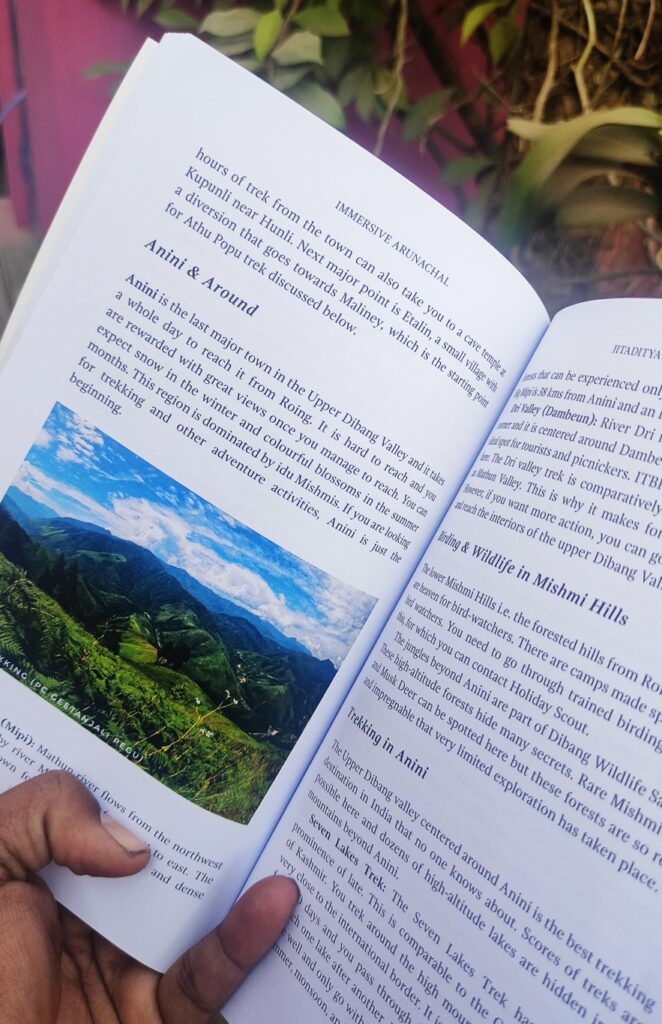 Immersive Arunachal book was planned because of the potential we see in Arunachal Pradesh that still hides more than it offers to the visitors. New attractions from the state keep getting discovered, developed, and added to the tourist map all the time. While the traditional tour operators only cover a handful of spots, new-age tavellers are looking for more intimate experiences and cutting-edge adventures. 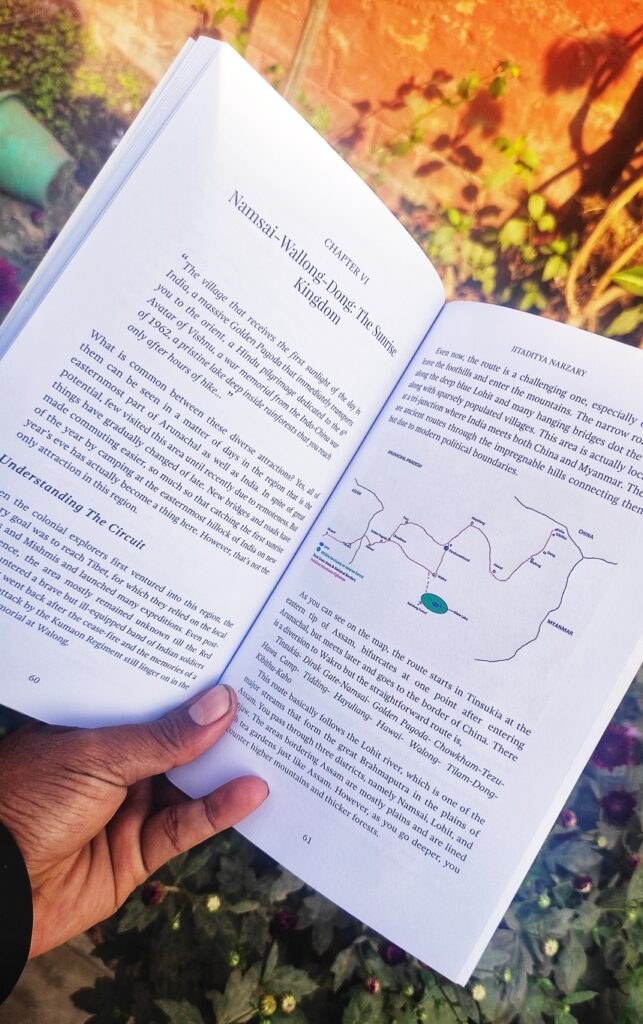 Until a few years ago, only Tawang and Ziro were famous tourist destinations in Arunachal, and even these areas were not fully documented. Around 7-8 years ago Mechuka started getting famous. Around 3-4 years ago unheard-of places like Basar, Dong, Dambuk, Pangsau Pass, Namsai, etc started achieving fame through planned promotional activities and tourism festivals. Barely a year ago, the Seven Lakes Trek of Anini became a rage as high-resolution photographs of this pristine region finally made it to social media. Apart from the general sightseeing, many other activities such as birding and wildlife, trekking, river rafting, biking, cycling, paragliding, ethnocultural explorations, rural tourism, etc. have gradually come up of late.

This book intends to be the ideal travel companion for such 21st-century backpackers. I self-published it with print on demand model & went for colour print. So, the paperback prices are a bit higher than I would have liked myself. Anyway, there’s the eBook version for those who need it.

Paperback
eBook (Amazon India)
eBook (Global)
I am planning certain other books. Hopefully I will be able to work on them this year and it won’t be as terrible as the last year.