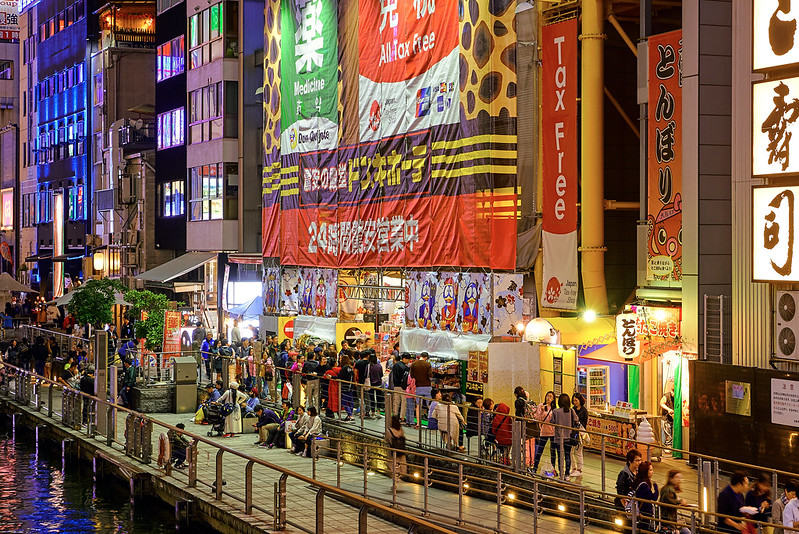 Osaka is a gigantic metropolis, and just like most other great cities of the world, it offers myriad options for visitors to keep themselves occupied. It is also a welcoming city with friendly people and you can always find some great accommodations in Osaka. As far as the city is concerned, it is best experienced through the following attractions.

Osaka Museum of Housing and Living

The Osaka Museum of Housing and Living is not a mere museum; it’s a recreation of the city’s glorious past. The models of palaces, houses, and other structures of the Edo period have been meticulously rebuilt here in their original size. As a result, you are quickly transported to a different era. The museum also regularly organizes various events to educate visitors about different aspects of Japanese culture and history.

If music is your passion, head to the Taiko Lab. Taiko is a classical Japanese drum, but here, you are not merely witnessing a performance. You are also learning how to play. The lab also teaches you a thing or two about the historical and cultural aspects of this instrument. The sessions are group affairs where a large number of visitors participate. Hence, this is a great opportunity to mingle with other travelers from around the world. Do note that it is a very popular activity that must be scheduled ahead of your visit.

The Osaka Castle is a major monument–something that has stood over the city for several centuries and has been the witness of many major events. It has been maintained extremely well, and it has been partially reconstructed. There is a museum inside that tells you all about Japanese history and a beautiful park around it that becomes even more magical during the cherry blossom season.

Some say it is Godzilla, while some others think it is origami. A few others might go for anime or samurai movies. Japanese have given many cool things to the world. However, if there is one thing from Japan that has touched people from all over the world, it’s the instant noodles! There cannot be a better place to learn about instant noodles than Japan. The Instant Ramen Museum does exactly that through numerous fun activities, and it teaches guests about the origin and varieties of ramen. You’ll even make your own cup of ramen and eat it too!

Japanese puppet theatre or “Bunraku” is a very popular art form that was developed in this country. Osaka is, in fact, the birthplace of this art, and there is no better place to witness it than the National Bunraku Theatre. However, if you’re interested in real actors rather than puppets, go for a “Noh” performance at Yamamoto Noh Theater. It also organizes some shows in English language for the visitors. Just remember to pick the right date and time to see this attraction.

While it is hard to cover all the attractions in one go, these five cultural delights should be savoured by everyone who visits this city that has such a rich heritage.

2 thoughts on “Osaka through 5 Cultural Delights”