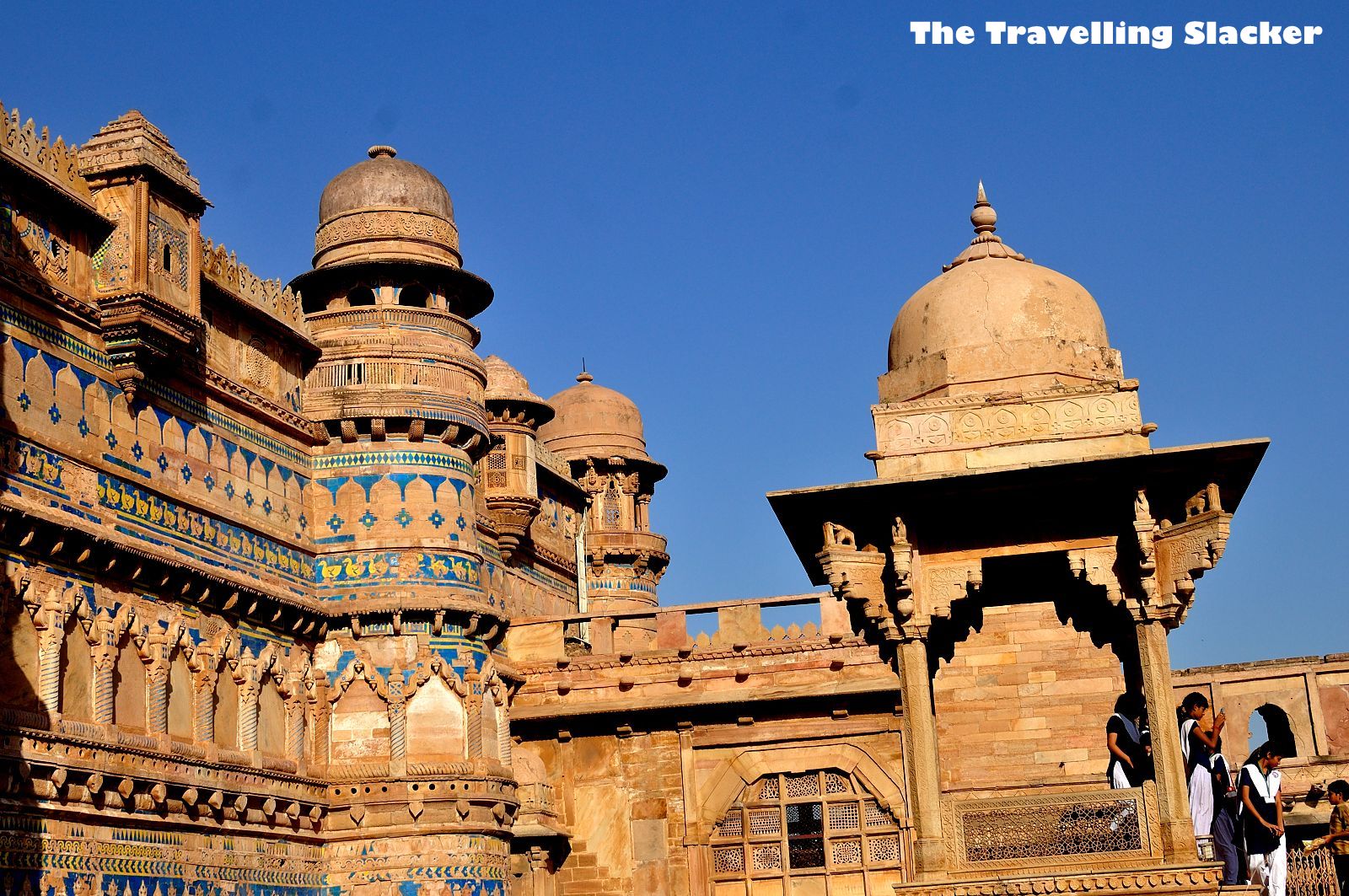 This year has been consistently disappointing for me as a traveller. Earlier this month I ended up in Gwalior, again for an unfulfilling stay of barely a few hours. I took two hours out to visit the gigantic Gwalior Fort and some assorted monuments. I did not have enough time for the whole city and in fact I did not even have enough time for the whole fort. So, it is not exactly a travelogue. I am just sharing some of the photographs.

I took an auto rickshaw from the bus stand for the Fort but he suggested to visit Tansen’s Tomb (which I was not even aware of) en route. On reaching the place I found the main tomb to be that of Sufi Saint Muhammad Ghaus while the music maestro Tansen also lies nearby in a different tomb. These tombs probably get overshadowed by the gigantic fort but these are no small structures. Especially the central tomb of Ghaus is a reasonably large structure, much bigger than some of the royal tombs in Delhi.

After this tomb complex, the auto rickshaw quickly took me to Gwalior Fort gave me a sense of deja vu. It was another colossal structure built atom a hill, just as I expected having been to the likes of Mehrangarh and Amber Fort earlier. In fact it looked even bigger and practically impregnable.

It took some effort to climb up to the top and the view from the top was not as bewitching as that of the Blue City from the top of Mehrangarh. However, the artistry with blue tiles on the walls of the fort more than made up for it. Inside the compound I was instantly ambushed by several guides offering to show me around but I avoided and just roamed around. One interesting aspect was the small rock cut temple that claims to have the earliest inscribed “zero”. It is apparently on a stone tablet inside the temple called Chaturbhuj Temple which likes outside the main periphery of the Fort. Among the structures inside, I visited the Man Singh Palace and the Gujari Mahal. I could not do full justice to them as I was running out of time. I will probably need a different trip to Gwalior.