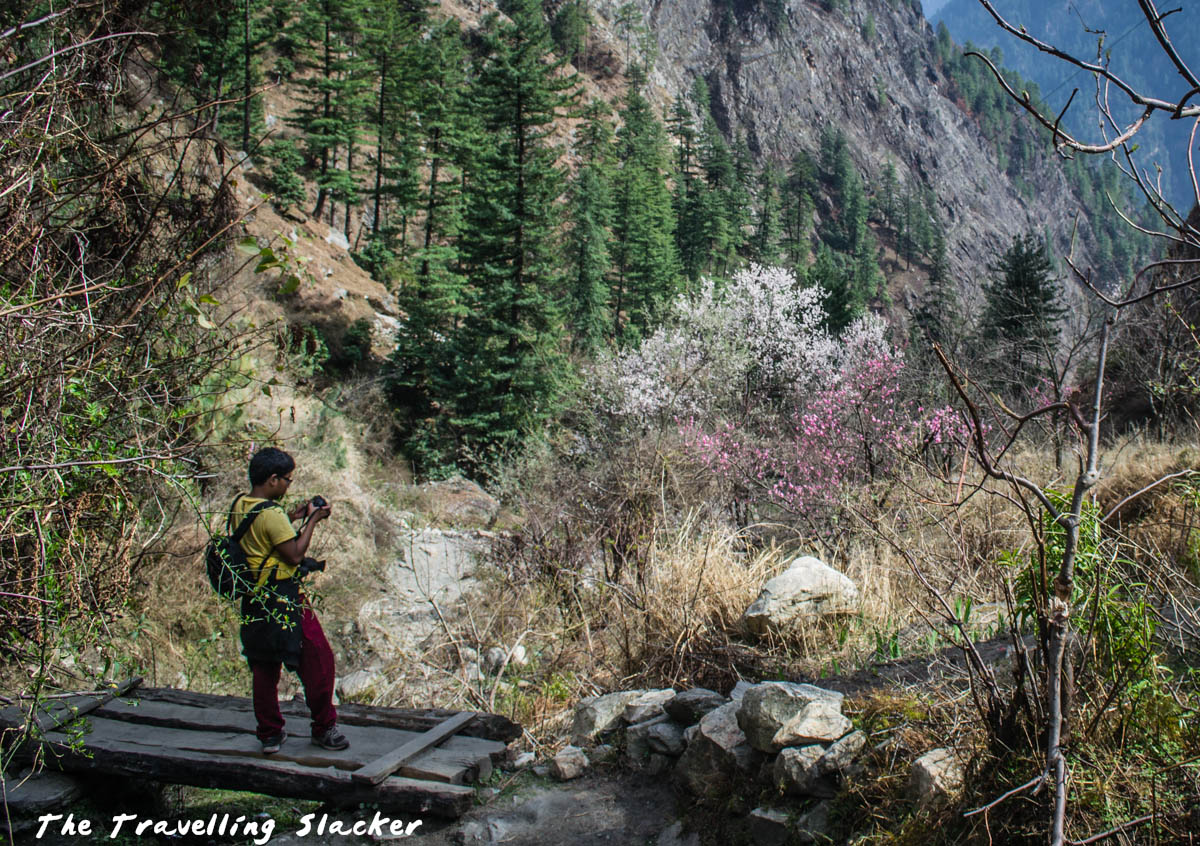 After considering several trekking option around Kasol, we decided to save time and be done with the Rashol trek. Tosh was another option but we thought it was going to take more time than we thought. The Rashol trek goes through Chalal. We had already seen Chalal the previous day. So we did not spend much time there and quickly passed through the village. The real steep trek started after the village. Initially there were no other trekkers but after sometime we noticed three people, a couple and another man dressed in traditional Sikh attire complete with turban, knife (Kripan) and various ornaments. I thought he was a local Sikh pilgrim from Punjab visiting Manikaran. But his thick British accent confused me. Eventually it turned out that Jeetender Singh was indeed British, a second generation Indian migrant. The couple was his brother and sister in law, although they looked completely different due to the respective getups.

We started ascending, sometimes moving together, sometimes overtaking them and eventually falling behind as we stopped to take photographs repeatedly. Jeetender encouraged us to visit Manikaran, which we did the next day. On the other hand, the French botanist we met in Chalal had mentioned the Rhododendron blossoms in this route. It did not take much time to locate the same. Soon after crossing a small bridge, we entered the rhododendron country. It was the same as Chopta that I visited last May. But at a comparatively lower altitude they were blooming in March itself.

For the next hour or so, we walked along this stretch till they disappeared. After that we were left mostly with reddish brown grass and a few scattered apricot trees. We saw some houses from a distance and so thought the destination was near. But after a while they turned out to be deceptive. Nevertheless, after a point there were two small streams flowing from both sides of the routes and they were turning into small waterfalls at every step.

The last stretch to Rashol village was actually tougher than expected. It is steeper and somewhat never ending. Every wooden house seemed to lead to a few more flights of stairs. The weather had also suddenly turned at the top and a light drizzle had started. It was getting late too as we’d started late to begin with. So, we just managed to reach the village, caught a short break and turned back. Some dogs had accompanied us all the way from Challal. A black one was extremely persistent even during the descent and had to share some food with it.

The Rashol trek was mostly eventless but the views were satisfactory. It was our last full day here but the next day we did manage to visit Manikaran in the morning before leaving. Will be back with that story next.