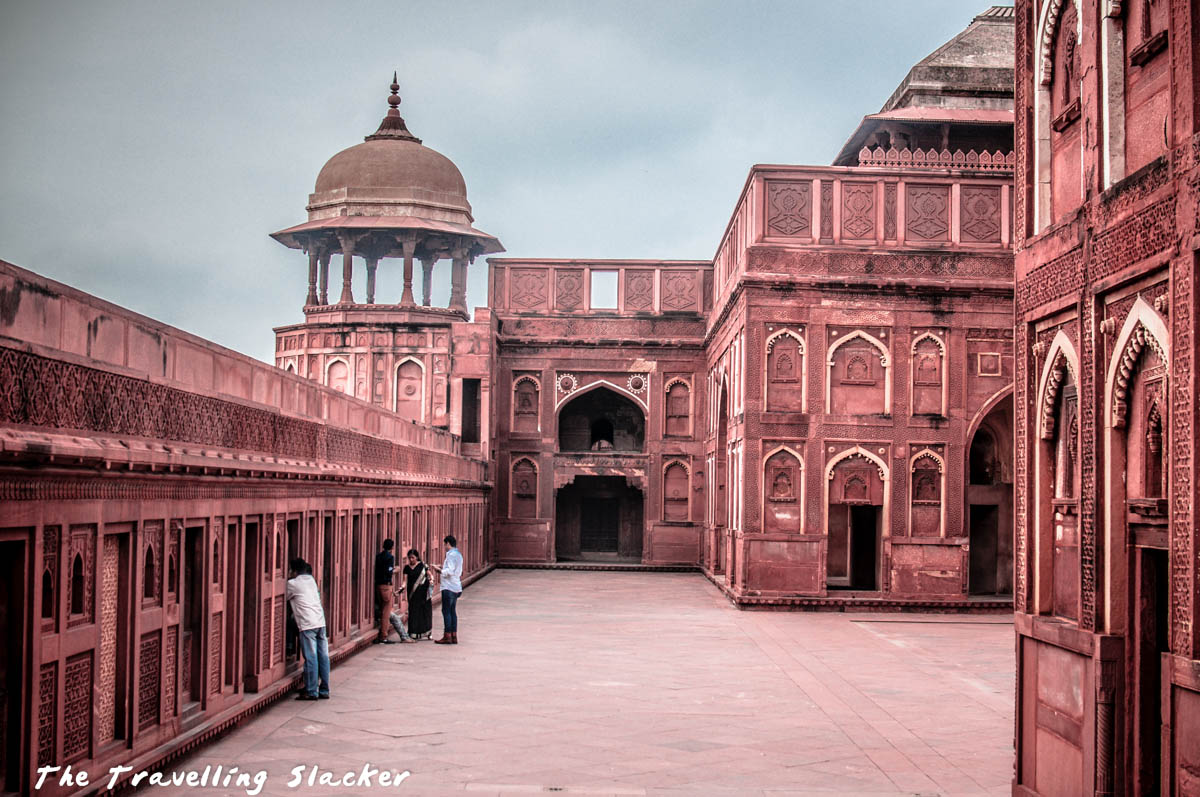 I had never been to Agra before. I could do it on any given weekend but never felt too inclined as it was a bit too overexposed and terrifyingly, for the lack of a better word, “mainstream”! But that day I was in Agra anyways and had some time to finally strike off a few items form the UNESCO World Heritage Sites list. There is nothing new that I can say about them that you do not know already. So I am just sharing a few postcards from Agra Fort and Taj Mahal.

It offered the same Mughal grandeur that I have become so accustomed to in Delhi. But the vast openness of Yamuna and the sight of Taj Mahal at a distance was interesting.

I had actually seen the Southern Taj before seeing this one. I found the outer gates to be more interesting than the actual mausoleum here.

4 thoughts on “Postcards from Agra”