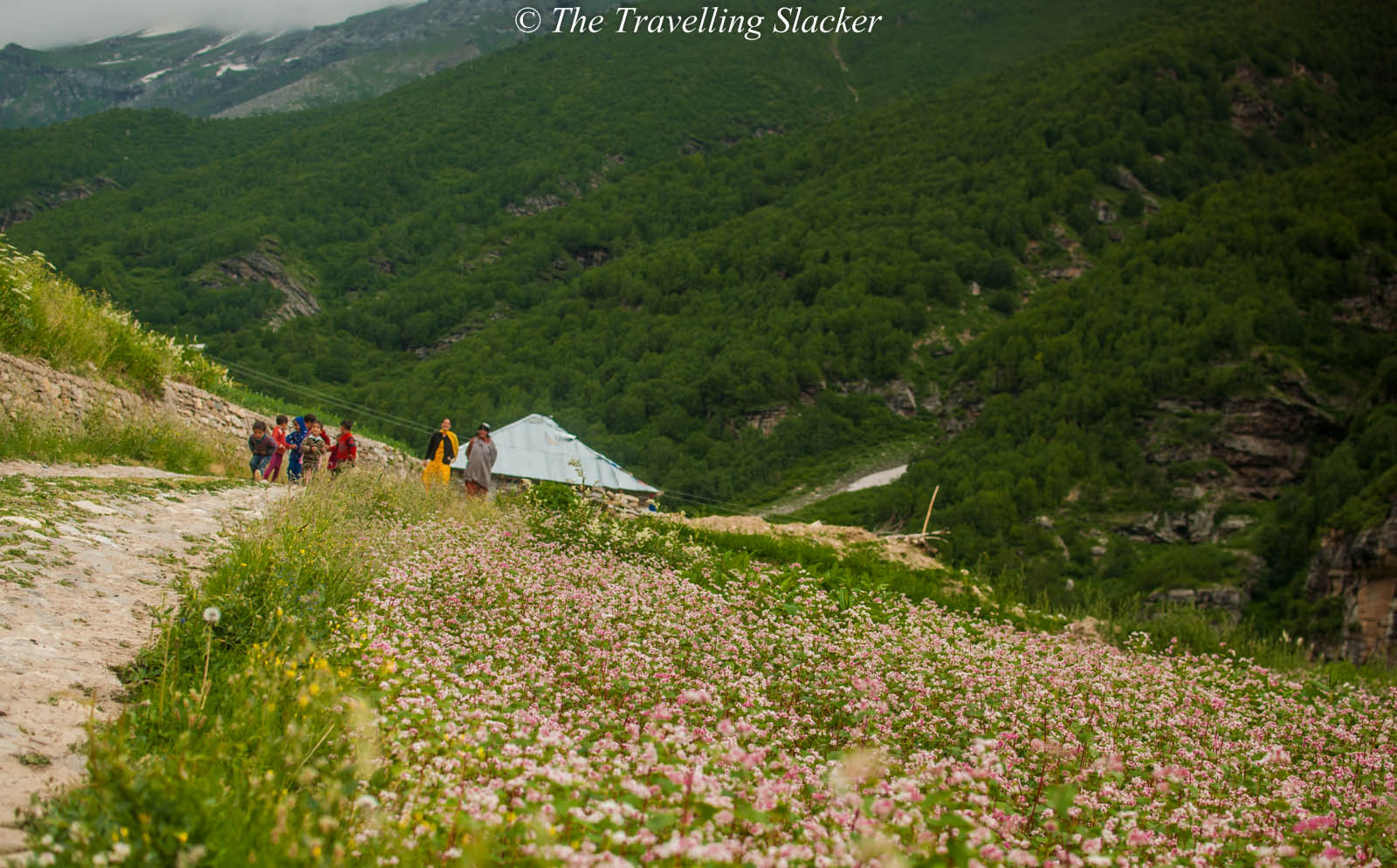 I have seen many maps and trekking guidebooks of Himachal that end exactly where the Pangi Valley should begin. This has remained invisible to most of them except one or two honourable exceptions. And this invisibility is not a mythical or exotic one. It remains practically ignored for some reasons, just like all those college nerds invisible to opposite sex.

However, I have a long history with Pangi that started in that half-baked Sach Pass topping of November 2012. Since than I’d been planning to make it to the valley but things weren’t working out. Finally, last week, I managed break the last barrier.

I entered from Keylong via Udaipur. It was a slow and tedious 9 hour long journey to cover only 125 kms. I spent a couple of days exploring various sub valleys of the region with varied degrees of success and a lot of walking/hiking. However, for the time being, I am not getting into the details. It will take some time to compile all the information, photographs and memories in a presentable format. Besides, to be honest, I feel a bit selfish today. I do not want this place to become another Kasol or Manali. So, I am not even doing those traffic generating Traveller FAQs for this one, at least for now.

It is practically the last frontier yet to be broken by the Himalayan tourism boom. In the olden days, it used to be a site for Kala Pani (exile) for criminals of Chamba Kingdom. Even now, at the expense of sounding like a self-righteous snob, I want these people to remain oblivious of those possibilities, and the resultant squalor, pollution, and degradation that accompanies the same. But I know, it is only a matter of time.

Anyway, here are 15 images to give you an idea about the place. I have 200 more.

Guardians of the Shangri-La

Landscape in the mist

Stupa above the Abyss

Shot Through the Heart

14 thoughts on “Pangi Valley: Postcards from the Last Frontier”