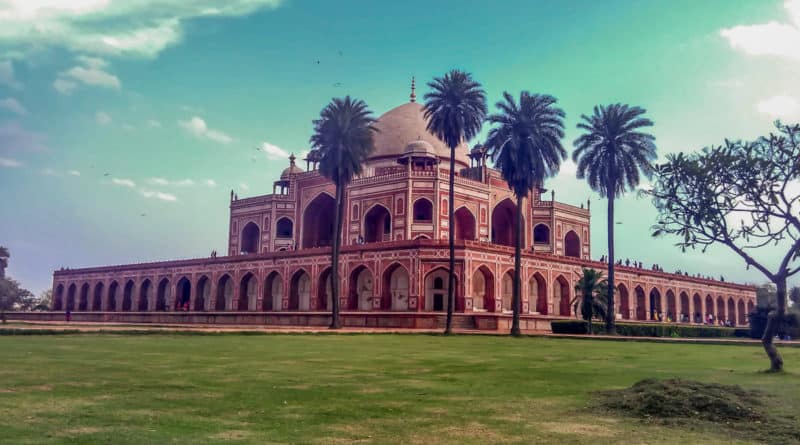 Spread The Love
“I landed in Delhi, got a cab to my hotel in Paharganj (where else?)… but then I got robbed in the evening, acquired a stomach infection, got assaulted by a cow, and even got lost on my way to the bus stand.”
This is a common story for many foreigners, especially those who are new in India. Yet, for some reasons, most western backpackers end up in Paharganj because it is also the cheapest option but also because they are not aware of other options. However, things have changed of late and with the growth of backpacker hostels, you don’t have to go bankrupt to stay in other parts of Delhi too and nor do you have to endure the chaos of Paharganj. But let us have a bit of background before moving ahead.
So, how did Paharganj develop into what it is now?
I am not sure but ever since I remember, this has been the only option for budget travellers in Delhi. Back in the 90s, some of my relatives visited the Delhi for that “once in a lifetime adventure” that middle-class Indians in small towns of that generation dreamt of. They spoke highly of this place on return although I’m sure they were never made aware of any other place. So, the primary benefit of Paharganj is its location, which is adjacent to New Delhi Railway Station (NDLS). On the metro, it is just two stops to Rajiv Chowk i.e. Connaught Place (CP), the centre of the city that everyone visits although, again, I am not sure why! Everything including street food is overpriced at CP. Similarly, the walled city of Old Delhi is also not far from here.
So, this is how the legend of Paharganj developed. It is a thick concentration of concrete with no space to breathe. Most of these concrete slabs eventually became cheap hotels. Less privileged people arriving in Delhi, who could not afford the luxury hotels, inevitably ran to Paharganj, as that is the only place that offered them feasible rates. Even in this day and age, you can get rooms for 400-500 if you venture into the inner alleys and if you don’t let some middleman exploit you. In the 60s, the so-called “Hippie Trail” made this place a favourite among those people with dreadlocks. This is why the restaurants here have Bob Marley posters and serve falafel.
However, the popularity of the place invariably attracted unwanted elements, and shady businesses, which are easy to operate inside those dark alleys. This is why, apart from being a chaotic and polluted mess, Paharganj has also acquired a reputation of being unsafe. Recently I even saw the trailer of a new movie, named after the place itself. It apparently is about a Spanish woman who comes here in search of her partner who disappeared in Paharganj (where else?).
So, this brings me to the original point. Yes, there is no need to stay in Paharganj even if you are a budget traveller in Delhi. This is not to say that the place does not have a certain charm that is associated with the underbelly of a great city. However, this works only if you are already an India veteran, know basic Hindi, and aware of all the tricks as well as trappings of the Indian tourism scene. If you are new, unsure, and not confident of surviving on your own, the best option is to avoid this area. You can explore it later, once you get used to the country.
Now, a casual search in Hostelworld showed me at least 5 dozen backpacker hostels in Delhi itself. Yes, this is how the hostel scene has exploded in the last 4-5 years in India. Some of these are indeed located in Paharganj and Old Delhi. But I suggest you look for the ones in Southern parts of Delhi, where you will find more spacious accommodations at similar rates of INR 400-600. I am not here to promote any specific property. So, I am just mentioning some localities. You will definitely find hostels in these areas. Also, with the extensive metro network of Delhi, transportation will never be an issue in any case.

These are the southernmost areas of Delhi and among the most preferred residential areas in Delhi. I have stayed in Saket in a hostel on one occasion, and before that, I lived in a rented room in this area for a long time. These residential complexes hide some of the oldest yet least known monuments of Delhi, while the Qutub Minar towers over Mehrauli, which is practically the oldest settlement of Delhi. Eventually, the road here connects you to Gurgaon. So, if you have some business in Gurgaon, then also this is a good area to stay. The Yellow Line of Delhi Metro connects these places directly to CP, Chandni Chowk (Old Delhi), New Delhi Railway Station (NDLS), Old Delhi Railway Station (DLI), Kashmiri Gate Bus Stand (ISBT) & of course, Gurgaon.

This is practically one of the most affluent neighbourhoods in Delhi, interspersed again with some interesting monuments of Siri, the second city of Delhi. Hauz Khas Village, a slick neighbourhood full of art galleries, boutique shops, cafes, and pubs, is a popular hangout in the city although signs of excessive commercialization are now visible. This area also falls on the Yellow Line of Delhi Metro as the one above and is even closer to the centre.

South Extension is another popular residential area connecting Yellow and Violet Lines via the Pink Line of Delhi Metro. It is the area between Lajpat Nagar and AIIMS. Major cultural centres of Delhi such as Siri Fort Auditorium, India Habitat Center, & India International Center are not far from here. The Pink Line also directly connects it to the Nizamuddin Dargah as well as the Nizamuddin Railway Station (NZM).

This is another upmarket residential locality in the southwestern corner of Delhi. Nowadays it is full of malls and market places. Vasant Kunj does not exactly have a metro line but there are some nearby areas with metro connectivity. However, the primary benefit of staying here is that it is much closer to the international airport (IGI) compared to other areas.

This area is located on the south-eastern part of Delhi along the Violet Line of Delhi Metro. It is close to a popular attraction, the iconic Lotus Temple. The metro connects it directly to the Red Fort and Kashmiri Gate Bus Station (ISBT). Nizamuddin station is also not very far from here too.

PS1: While it is still a bit easier for me as a local, I understand that foreigners face a much harder time in Delhi and they mostly remain oblivious of good things that the city has to offer. So, apart from avoiding Paharganj itself, here is a useful list of scams to avoid in Delhi, especially you are a foreigner who is new in India.

PS2: Once your stay is settled, you can start exploring Delhi. In this case, the best option for budget travellers is to use the metro, which has an extensive network all over the city and its suburbs. Here is a Guide to Delhi Metro from a foreign traveller’s point of view.

PS3: If you genuinely want to explore Delhi beyond the cliches of Paharganj, CP, and Old Delhi, read my post on Genuinely Offbeat Things To Do in Delhi.