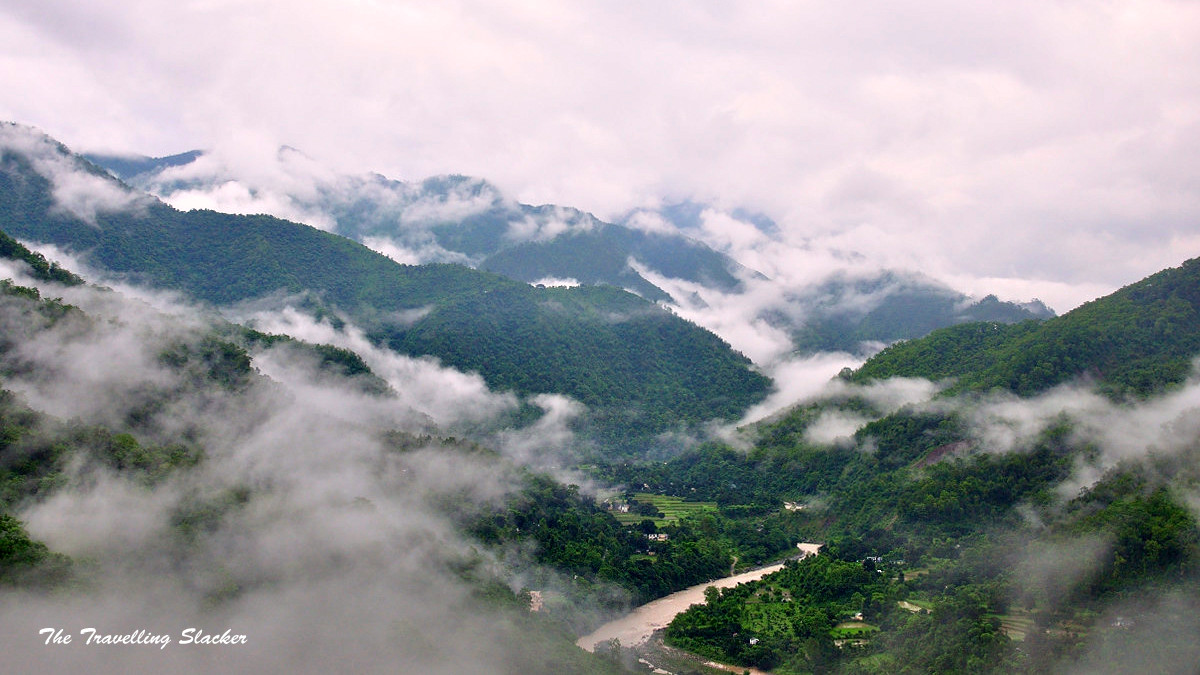 Kumaon has been on my hitlist for a long time. So when I finally moved to and settled down in Delhi, I immediately started planning my first trip to Kumaon. As I do not have too many leaves, I planned covering various places of Uttarakhand and Himachal Pradesh over multiple weekend trips. Since I had been to Garhwal earlier, my primary target in Uttarakhand was Kumaon. But as Murphy would have it, the entire state was devastated by premature monsoon and subsequent floods. Garhwal is now practically ruined and I can only look at my Valley of Flowers photographs from 2010 in nostalgic melancholy and hope that they recover soon. However, from what I could gather from various sources, it seemed that Kumaon is still accessible and is in a better shape than Garhwal. So my first trip to Kumaon was more about understanding the ground situation and planning for better things in the next few months.

I arrived at the Old Delhi station to catch the Ranikhet Express and as usual, it did not fail to frustrate me. The overwhelmingly dilapidated state of the station reminded me of the industrial wasteland in Tarkovsky’s Stalker, but with a crowd rivalling Woodstock instead of the soothing desolation of the later. Anyways, the train reached its destination very early morning at around 4:30 am and the taxi drivers pounced on the passengers alighting from the train. I made a deal to reach Almora for INR 200 on a car shared by three more co-passengers. I thought I would be there by 8 am and try to move further up to some place like Kausani.

It wasn’t raining in Haldwani. But as soon as the car started climbing the mountains, we were greeted by violent rains. The road was almost invisible and after barely 10-15 kms the driver decided not to proceed. Thankfully he reached a restaurant called Hill View and those people were hard working enough to open their shop at 6 am in the morning. They made ginger tea and snacks and we waited and waited. Now, I have seen scores of restaurants and hotels named “Hill View”, even in some non-hilly areas. But if there is one that is really literally worthy of the name, this must be it.

The rain subsided after an hour but there was a landslide in the nearest bend and hence we waited for that to be cleared. Eventually we could move only at around 10 am and reached Almora after 1 pm. We crossed Bhimtal which looked nice but the shared car did not stop for me. I was exhausted and there was no time for any onward journey. So, I got into a hotel, opted for a siesta. I did not really explore any of the suggested tourist destinations and just roamed around the town in the evening and clicked a few substandard banalities.

The next morning also was spent in similar fashion but I spotted a certain plant that may or may not delight you based on your moral standards. 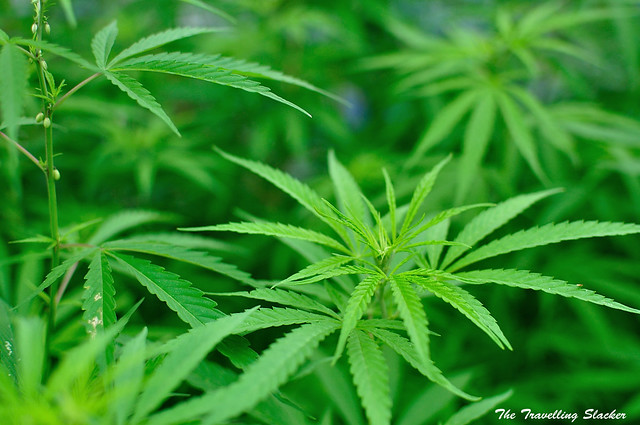 I returned the next day. But I talked to a few local people and here is what I gathered from them,
1. The roads in Kumaon Himalayas are still in decent shape and roads are mostly open to most major tourist attractions unlike those in Garhwal.
2. But if you are travelling, you should plan for any delays that may occur due to heavy rainfall and resultant landslides or flooding.
3. Any serious permanent blockage is not happening. Small landslides are being cleared in matter of hours but if you are on a short weekend trip that is enough to ruin your trip.

Reaching and staying in Almora

Shared cars charge INR 200-250 per head from Haldwani to Almora. There are lots of Hotels out there. I opted for Hotel Himsagar and they charged INR 600 for a decent room.

11 thoughts on “The Kumaon Recce: A futile Almora trip”