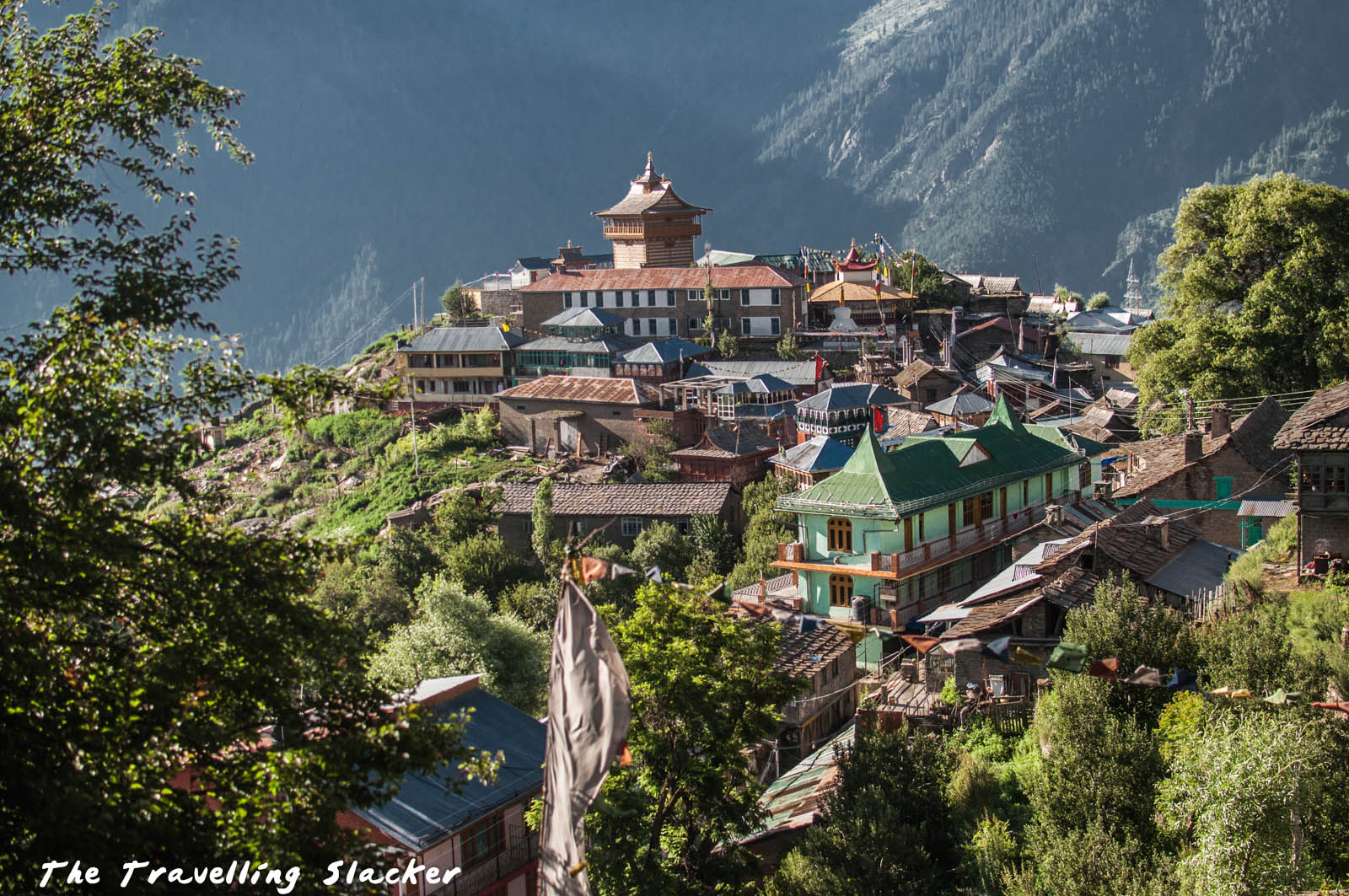 I barely had an evening at Kalpa and wasn’t hoping to accomplish much. In general the trip was half baked and as it turned out, I was going to come back from Nako after a couple of days, just touching the border of Spiti, due to unavoidable circumstances. Nevertheless, I finally broke my personal barrier or going beyond Sangla and at least marginally witnessing what a cold desert is, by reaching Nako which is technically a part of Kinnaur but in spirit a part of Spiti.

Anyways coming back to Kalpa, I think I first say a few things about Reckong Peo. What is interesting is that I always thought Reckong Peo to be a small provisional settlement only existing as a transit point. Why did I think so? Simply because I learnt that the district headquarters were shifted here from Kalpa, which was the original settlement. 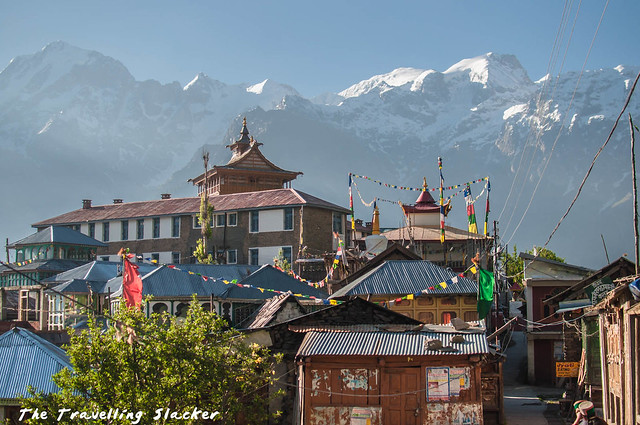 Anyways my misconceptions were cleared as soon as the bus entered Peo. For a region as sparsely populated as this, it was pretty large and crowded. Surely I did not expect to witness a traffic jam after travelling this far from Delhi. It took me some time to figure out how to reach Kalpa and finally boarded a local bus. It left the Peo town and after around 15 mins reached the main bus stand which seemed to be somewhere in between Peo and Kalpa. Anyways, it did not spend much time and moved on. I finally reached Kalpa at around 4:30 in the afternoon and was surprised to see such a small and sleepy village.

The peaks of Kinnaur Kailash had become visible even as I approached Peo. Now from Kalpa they were visible in their full glory. Kinnaur Kailash (6050 meters) is normally dark while the Jorkanden peak is even taller and remains snowclad all the time. I saw a small hotel at the right position, i.e. the windows looking directly at the peaks in question. At the top of Kinnaur Kailash, there is a several feet high rock of phallic shape that is popularly known as the Shipping for obvious reasons. It apparently changes color several times a day, based on sunlight. I caught the near scarlet hue during the golden hour. 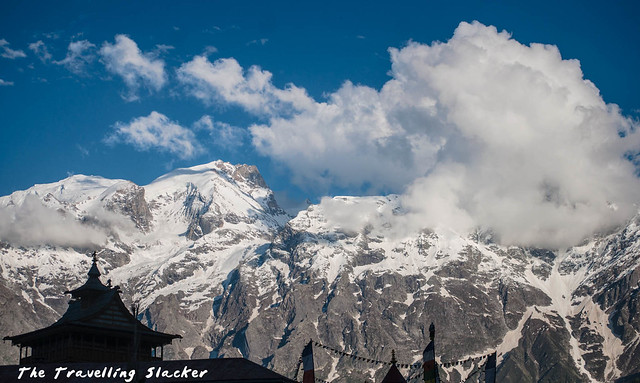 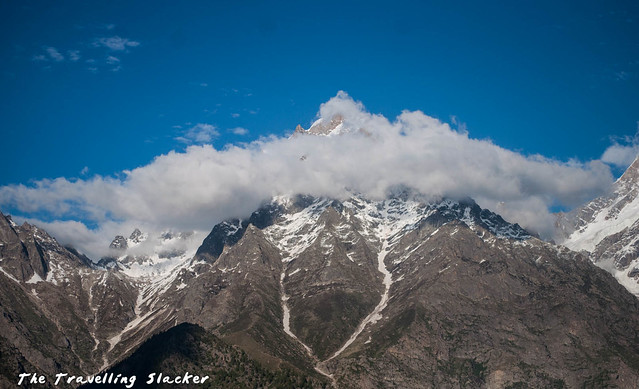 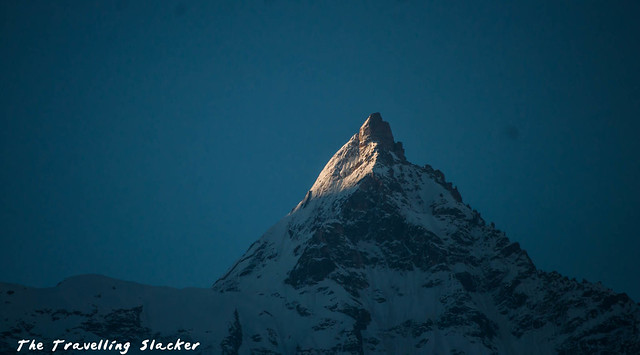 I also visited the Lochawa La-Khang (Samdub Choeling) monastery that was just being my hotel room. It is more than 1000 years old, although the building seemed new. It must have undergone repair and reconstructions. There are a few small shacks nearby selling mainly chowmien and thukpa. Other types of cuisines are not easily available. 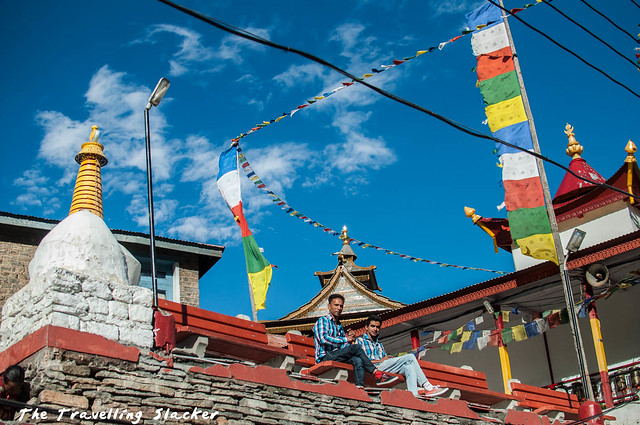 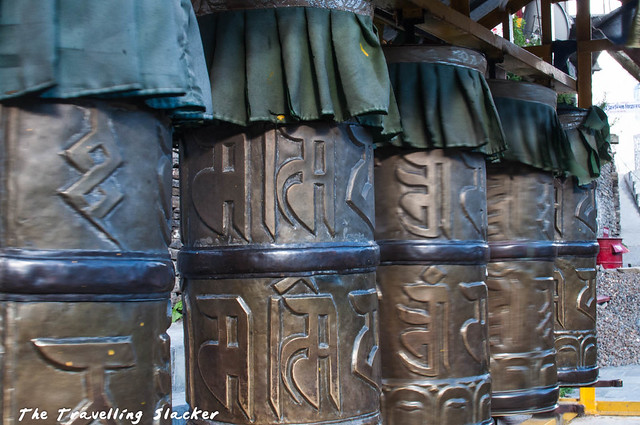 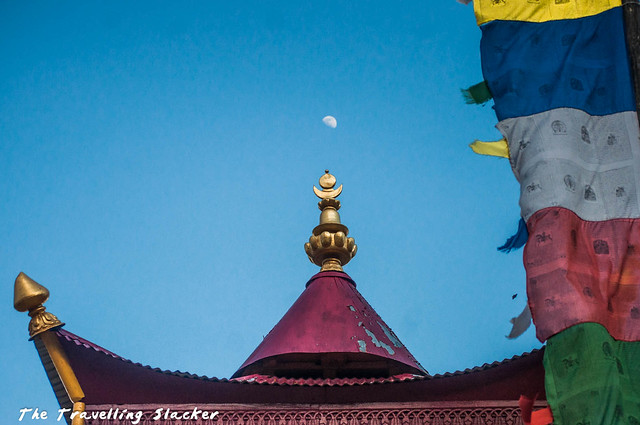 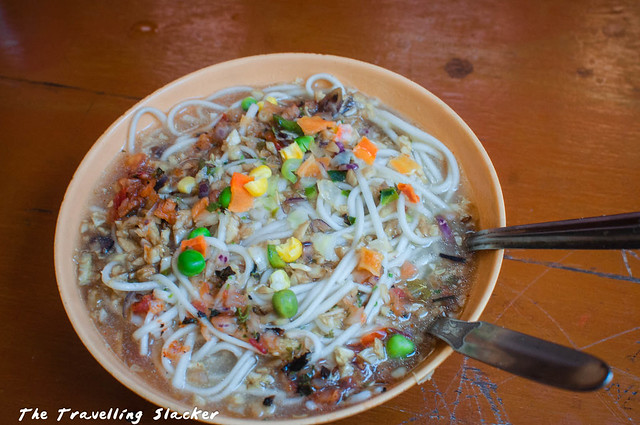 In the morning I started very early and took a brisk walk before leaving the town. I walked towards the upper reaches of the villages where many of the more expensive hotels and resorts are located. I found the road that leads to the Roghi village that can be visited to get a feel of genuinely rustic Kinnaur culture. But I did not have the time for that. This area is firmly within the apple belt of Himachal. So, it is full of apple orchards and I am sure the village would look seriously carnal and orgasmic when these apples ripen in September just like it did in Sangla last year. 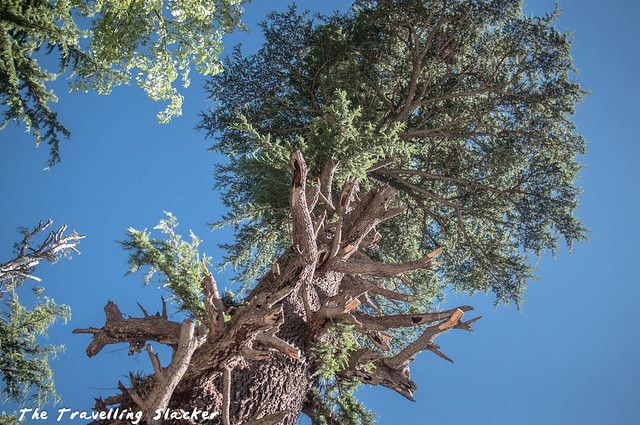 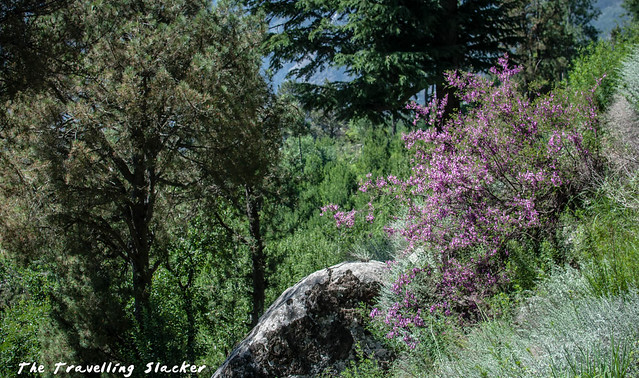 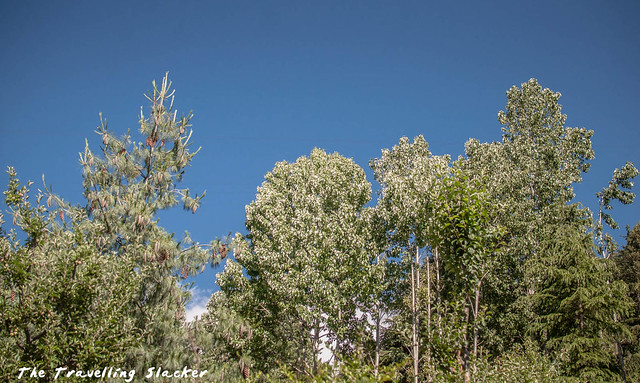 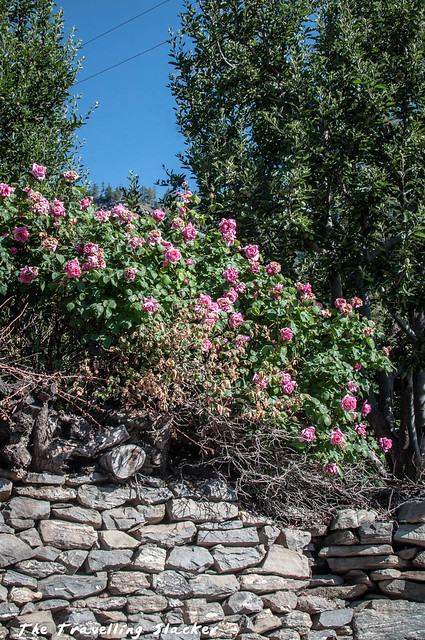 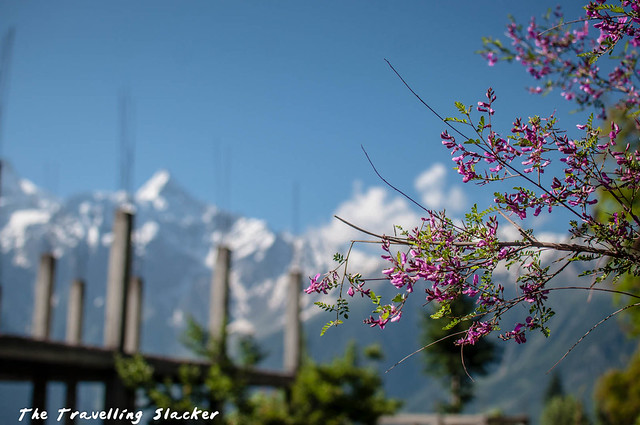 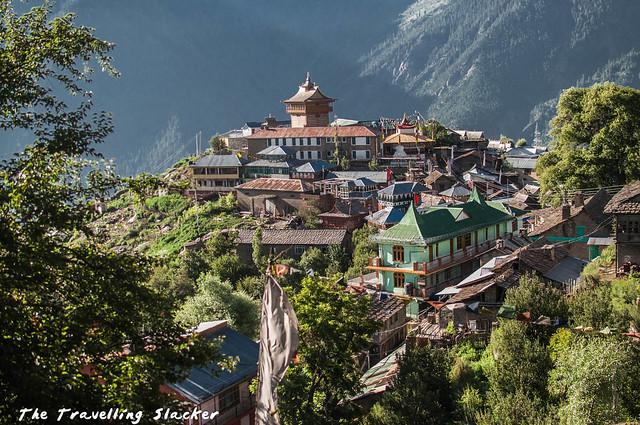 Kalpa more often than not serves as a overnight halt for people going to Spiti and it in itself does not draw too many tourists. There are no particularly well defined attractions here although the hotel manager told me of a pasture called “Chaka” a few hours trek away. Apparently it also has a lake. I googled and could not find any useful information about it. Apparently no travel blogger has ever seen it. (In case anyone is wondering, 3G connectivity was excellent till this point although it soon disappeared once I started moving upwards the next day).

I am now really keen on the Kinnaur Kailash Parikrama trek that will let me reach the interiors of these mountains. But for this trip I neither had the resources or the time for the same. Anyways, I will be back for the same some other time. I moved on to Nako from Kalpa the next day. I have already shared parts of the Nako story and will be back with the rest of it soon.

8 thoughts on “Kalpa: A Momentary Idyll”