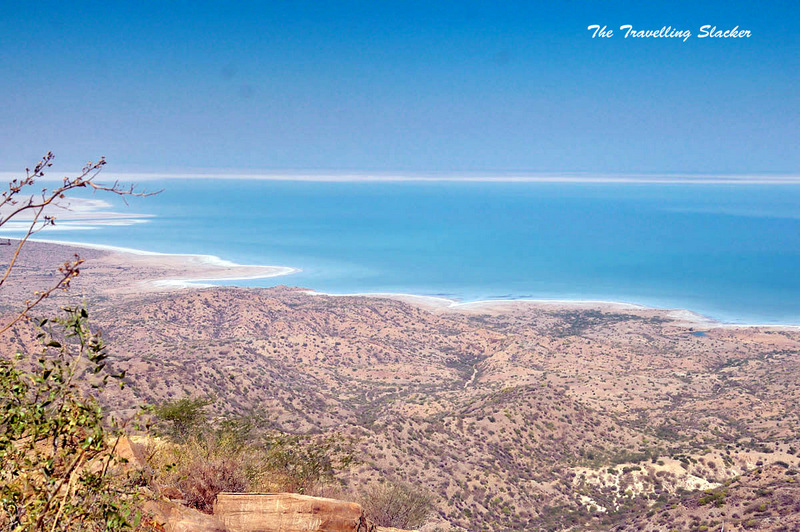 Miles of dusty desolation torn asunder by a smooth road, herds of cows and buffalos desperately grazing although there is no grass to be seen, women walking towards the horizon carrying vases of water… if I have to list out my first impression of Kutch in a series of visuals, these will be some of the initial scenes. But in hindsight, they look more clichéd than dramatic because most self-respecting travellers I know have already been to this place and I am finally here now after years of failed and postponed plans and yet, I am having to cut short the trip due to time and fund constraints. So, my Rann of Kutch trip, for this year will be limited to just getting the basic feel of the region and experiencing a first-hand view of the salt deserts apart from the more ambitious Dholavira trip that is scheduled for tomorrow (Hope Murphy doesn’t strike there too).

So, what have I done so far? After spending the first night at Bhuj, the headquarter of Kutch, the first place I visited was the famous Kalo Dungar (Black Hill), the highest point in the Rann. I am not exactly sure why it is called so in the first place because the colour is not exactly black. It is earthy brown from one side and of course, the other side offers us the view of the white desert which offers more shades of blue than one can imagine.

There are some interesting myths associated with the place. There is a temple called Dattatreya Temple at the top. It offers free lunch to everyone who drops by. I had it too (but feel free to donate some money for maintenance and help of those who actually need free food). According to the story Lord Dattatreya once offered his own body to starving jackals here and so the priests here offer food to the jackals. I think it happens in the evening but I was there at noon and so missed this spectacle (One of the reasons why you should have personal vehicle on such trips).

It is actually strange to imagine that wild animals frequent this place considering the barrenness, altitude and sweltering heat and not to mention the tourist flow nowadays. But I guess it happens because I did see a lot of small birds. I did not identify all of them but I fulfilled one of my lesser dreams of capturing the scarlet derriere of a bulbul.

I wish I could stay there till the evening but had to leave as I had to cover other places. I will come back with the remaining stories, later on, now I have to start packing for Dholavira.

It is around 95 kms from Bhuj. The nearest town is Khavda. The buses generally go no further than Khavda. You can still hitchhike using local vehicles but may be difficult if you are not used to the scorching sun of western India. The best is of course if you have your own vehicle or otherwise, you can hire cabs from Bhuj. They charge INR 8/KM which sounds cheap to begin with but you must be careful because they often come with added conditions. For instance, I was told that while the rate was as I mentioned, they round it up to 300kms even if I travel less. Of course, it is not an issue if you are there as a group but may be difficult for a solo traveller, that too one with financial issues.