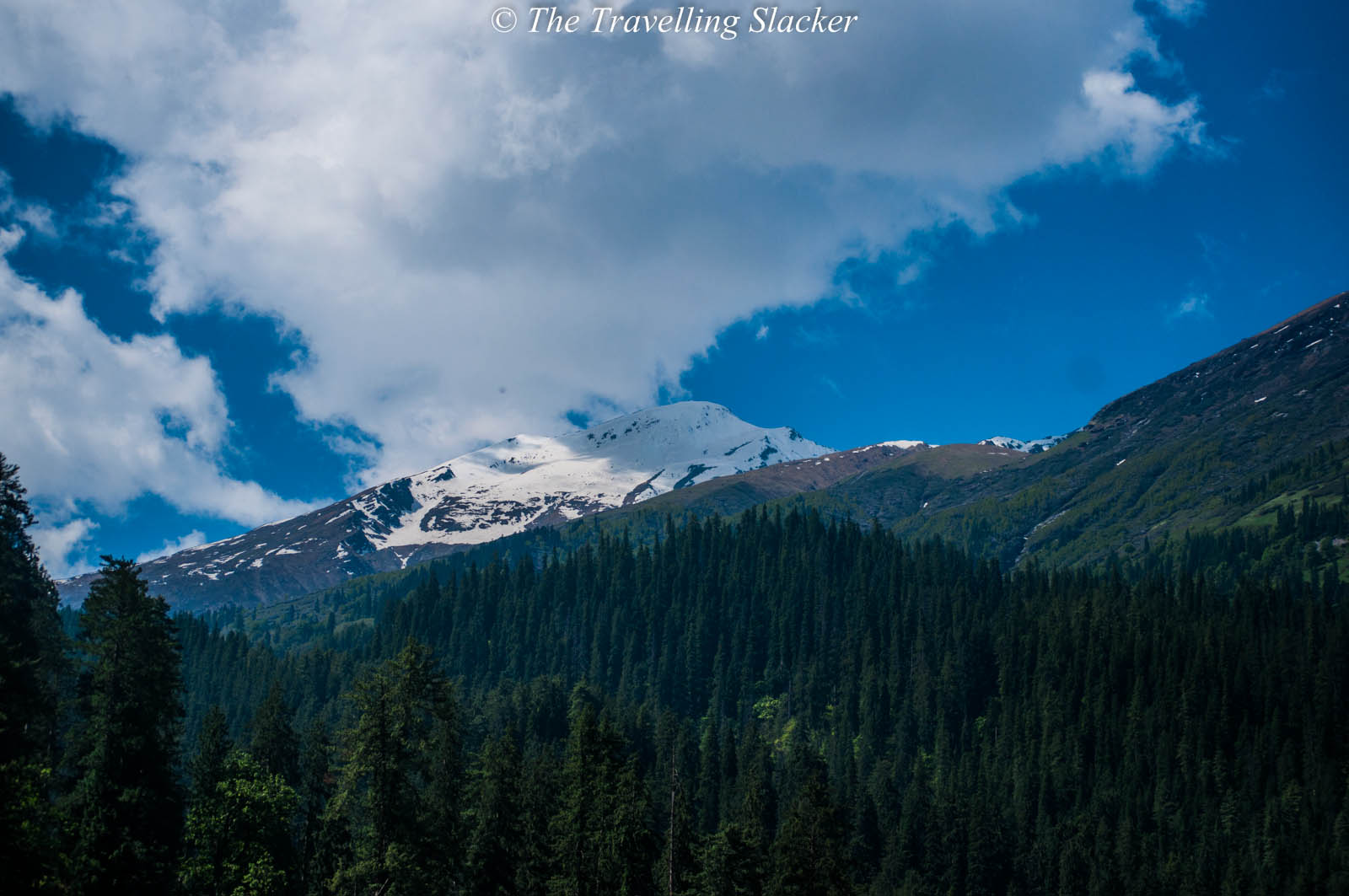 UPDATE (2018): Since the commercial accomodations have been banned atop Kheerganga, Kalga is now automatically the favorite option for staying if you want to do a day trek to Kheerganga and return. Read more about the Kheerganga Ban here.

It was already evening when I reached Kasol after a slow bus ride from Mandi. To my horror, I realized that I’d grossly underestimated the peak season. Kasol, that I once called the Promised Land, now looked like a replica of Hauz Khas Village with a huge number of NCR people who seemed to be there for intentions not similar to mine.
The village Kalga is the best place the break your journey for this trek. There is another route that bypasses this village but one can explore that while returning. I will talk about the trek later on. This post is wholly dedicated to Kalga and I have never before dedicated one whole post to a tiny night halt. 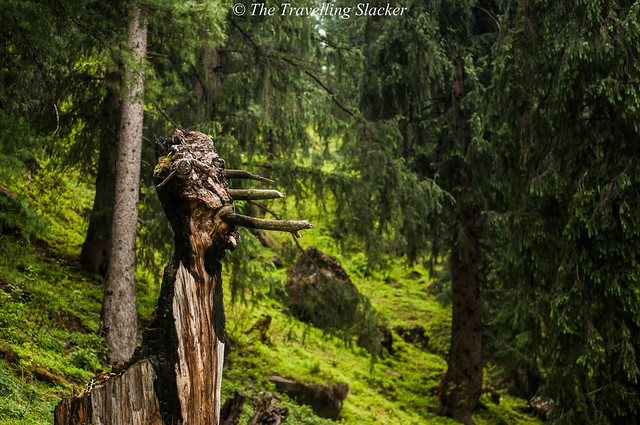 My fondness for Kalga maybe a bit exaggerated, but the reason for the same is because I had a terrible experience in Kasol prior to that. I reached Kasol in the afternoon, tired and exhausted. All I wanted to do is to get a room and rest, but I could not. It seemed that the entire Hauz Khas Village crowd had been airdropped here (non-Dehlites may not get the reference but this is the best way to describe it). It was the leak season, with the entire Parvati Valley full of people from Delhi and Punjab, looking to escape the heat. This was mostly the party going crowd rather than hardcore trekkers or explorers of culture and geography. The hotels in Kasol were charging exorbitant rates sensing the opportunity. I ran around the town, carrying heavy luggage, in search of an affordable room for two hours.

Finally I settled down for a terrible room, that felt like a storeroom, for 800. It was still better because later on, I met a couple who reached late at night and had to pay 3000 for a similar room. Commercialization was expected but this fall in ethics was frustrating and it wiped off the better memories I had last spring.

Anyway, the next day I let it quickly and took a bus to Barsheini, the last road head. From there the trek starts to Kheerganga but a friend was supposed to join me the next day for the trek. So I was wondering if one can stay near Barsheini. It did have a couple of places but even the suggested that I will have a much more peaceful stay in Kalga, which around a kilometer away, and involves around 500 meters of steep climbing. So I proceeded to Kalga but the scars of Kasol had made me skeptical. The trek was short, it was a bit steep and with all my luggage, it was hard work. I reached the top with a bit of struggle and saw a nice wooden bungalow with gardens claiming to be a guest house and restaurant. I rushed towards it, only to realize that it was also houseful just like those hotels in Kasol! 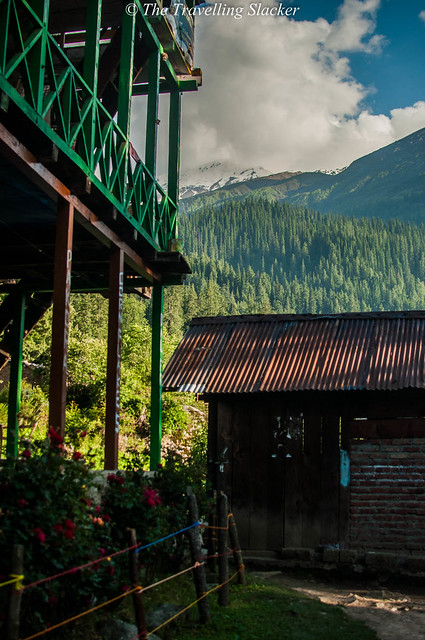 I thought Murphy had struck again but the person there pointed me to the NE t house, that called itself Hilltop Guest House and Rock Garden Restaurant. I walked through apple orchards to reach it and stumbled on Chaman Bhai, the head of the family. Finally, I got some good news. Room was available and that too at INR 150. The room was in the first floor with one bed, two extra mattresses on the floor, and a brilliant window view of the mountains. All the rooms were lined one after one, and there was enough space for a few tables in the corridor cum balcony with further mountain views. The house has been built near a large natural rock. The rock is flat at the top and there are a few tables on it too, thus making it the rock garden restaurant. The family of four lives in the ground floor and the upper two floors are for guests. 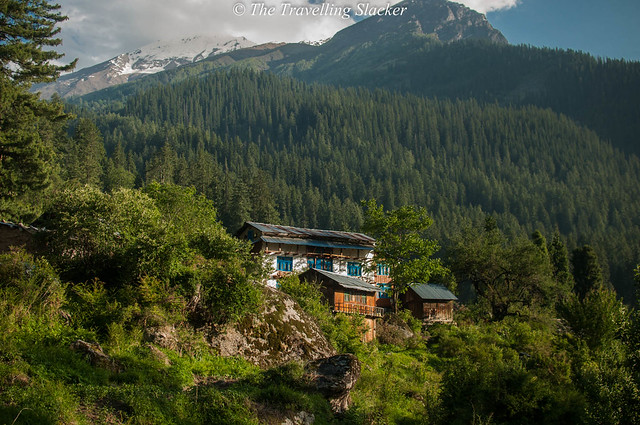 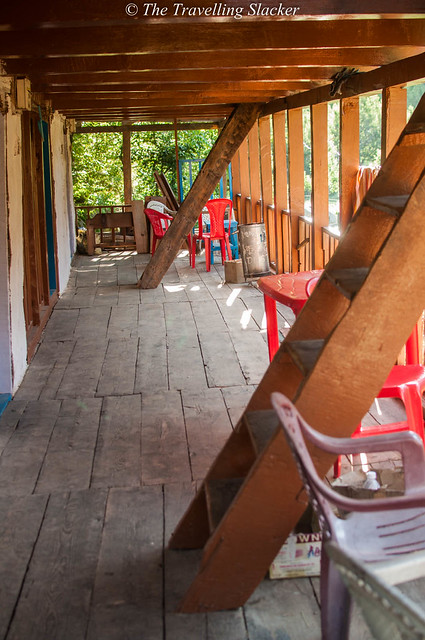 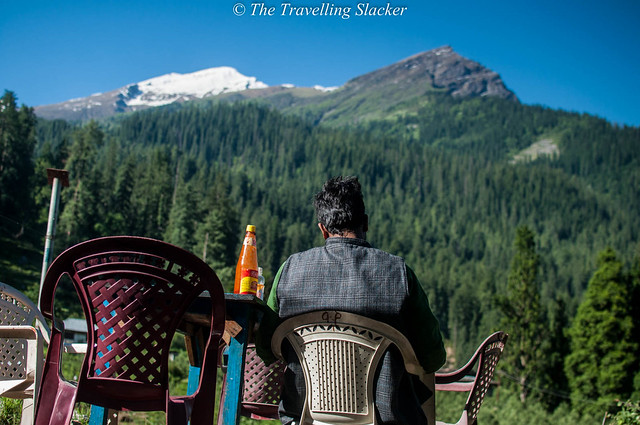 So, the next day my friend joined in and we shared the cost for the same room. As the costs were negligible, we kept the room and left our extra luggage when we moved on for Kheerganga. But I will talk about that trek later on. Even after coming back, I stayed on in Kalga for a couple more days, alone, not doing anything in particular. Kalga is situated in a fertile piece of land, most of which has now been converted into apple orchards. views of the distant mountains are excellent, and just a simple walk along the orchards is rewarding enough. I also noticed several birds during my stay but failed to capture any clear photograph. 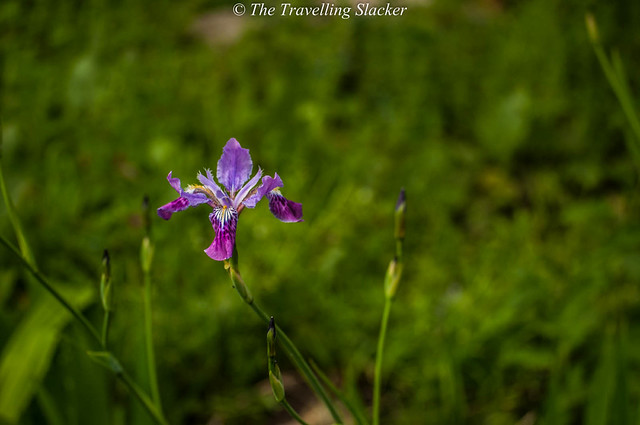 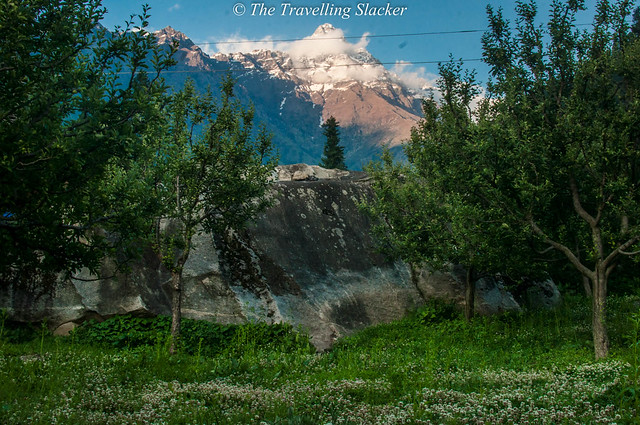 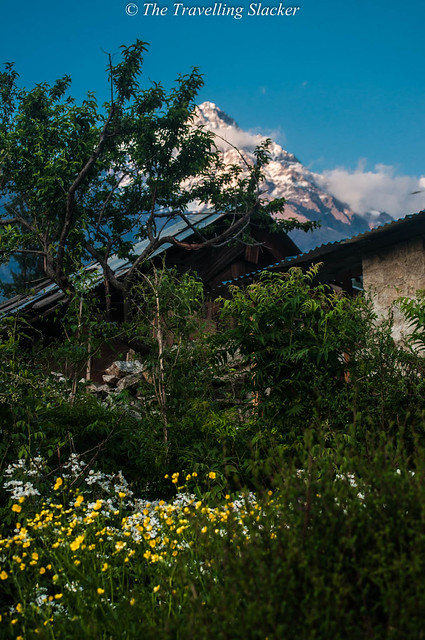 Kalga is not that big a village but almost all the families have turned their own homes into homes stays and restaurants.Some of them are basic as the one I stayed in. Some others have now built more modern looking houses with extra amenities and may charge a bit higher. Even these homestays are worth clicking due to their very setting. 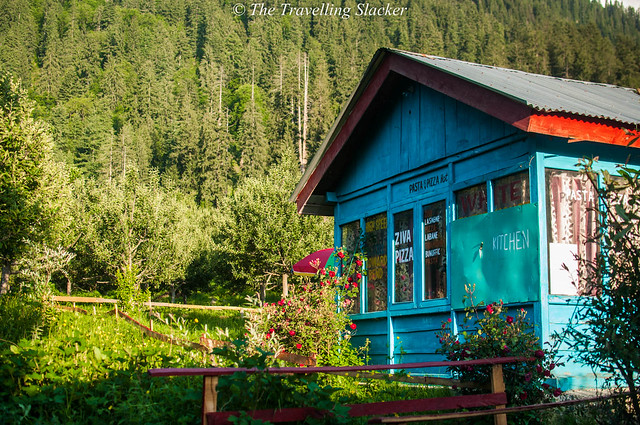 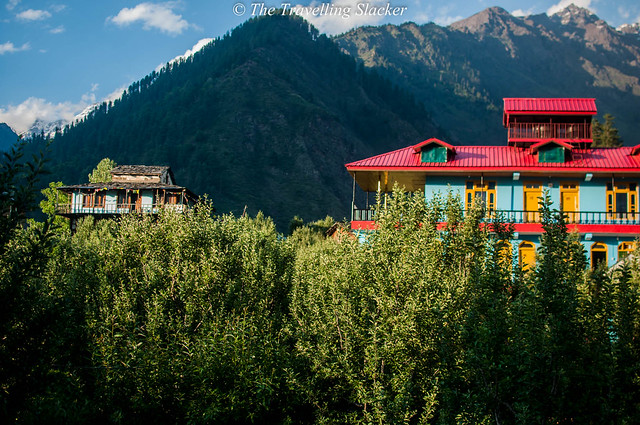 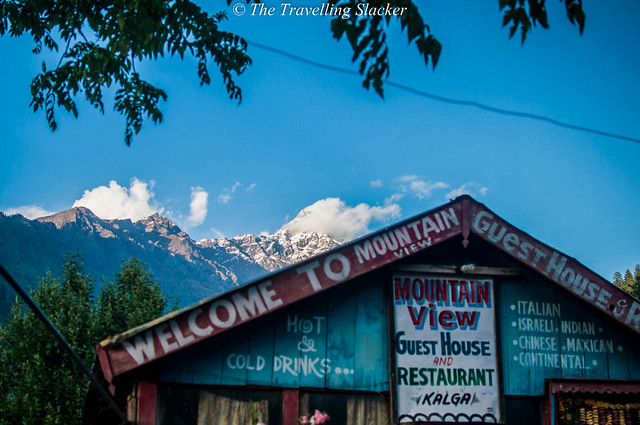 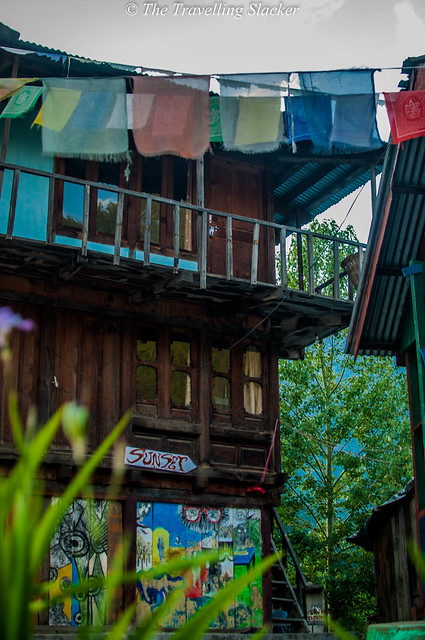 Kalga is a near utopia not only because of the cheap accommodation. These rooms are cheap but more importantly, I did not have to compromise with anything. There was regular electricity and my Airtel 3G connection worked at full speed. Food is not a problem either. For a small family run kitchen, Hill Top had quite an extensive menu. And there are otehr restaurants who are now beginning to implement the Israel-Italy inspired menus of Kasol. I could have stayed on for a month here. But I had to leave because much more remains to be explored. 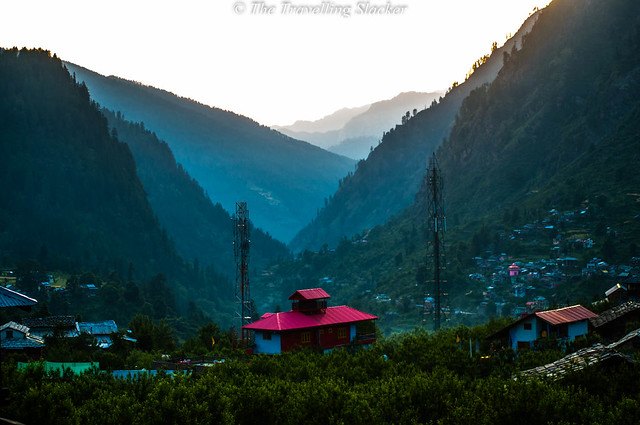 21 thoughts on “Kalga: A Near Utopia”