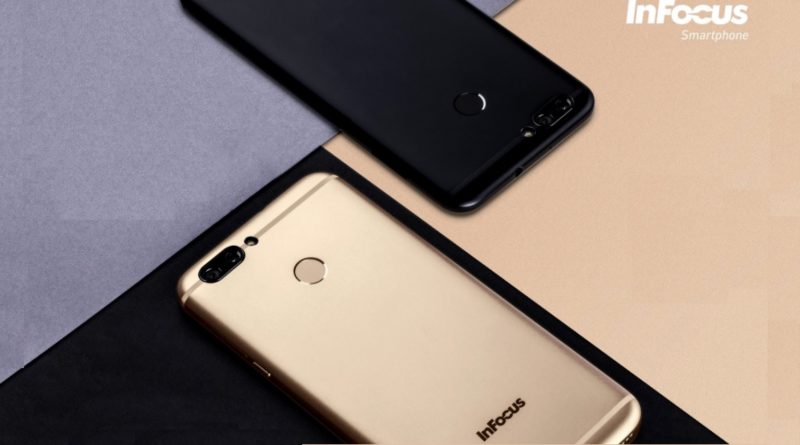 I have always been a DSLR loyalist and will remain so. But on various occasions, I have expressed my fascination at the rapid development of mobile cameras. One of the perks of being a blogger is that I occasionally get to test new gadgets and see these developments before most other people. The new InFocus Snap4 by InFocus India is one such recent release that I had an opportunity to play with recently along with another new model that I will talk about later on.

So what exactly is the USP of Snap4 that forces me to write this? Yes, as the name suggests, it has not one but two but four cameras. Do we even remember the good old days when the phones came with one VGA camera? Actually, it happened in not too distant a past. I still remember those days when some very high-end models started coming with two cameras and things like selfies and voice-calling started becoming a thing. At that point, such phones were prohibitively costly and only the most studious of my friends, who scored the highest paying jobs, managed to buy them. However, their X-factor did not last long and soon even budget phones started incorporating them. The quality of cameras also improved and everyone had one in their hands. So, the question is, why do we even need a 4 camera smartphone? The answer is simple. It is another attempt to take the smartphones closer to the DSLRs and make them the only imaging device you will ever need. Well, a professional photographer will always need his own gadgets but with such developments, for most average people, phones will do the part. So, this phone comes with a 80-degree, 13-megapixel camera and a 120-degree wide-angle, 8-megapixel rear cameras. So, obviously, you can take different types of photographs at different angles and width, just like you do with a real camera with lenses. Another interesting aspect here is that both the cameras can be used together to create a dreamy bokeh effect that were so far the USP of expensive professional cameras only. Similarly, the two back cameras also come with their own specialties that can be used for both purposes with dual LEDs and beautification options. So, I could take normal photos as well as significantly wide-angle images for specific purposes as I found out on some of my recent trips.

Priced at around 11000, Snap4 is one of the most exciting new smartphones under 15000 in the Indian market as of now. While I have focused mostly on the camera as that is where most of my interest lies, the other specifications are noteworthy too.

InFocus, which is bough to India by Foxconn, comes with some other cutting-edge specs as well, including a new fingerprint sensor, MediaTekMT6750N, 1.5 GHz OctacoreCortex-A53processor as well as the latest Android Nougat operating system. The 5.2 inch2.5D Curved Display is encased in an all-metal, uni-body finishing. It also comes with 4GB RAM and 64GB memory. When I think of it, my recently bought laptop has 4 GB RAM too. So, yes, the world of mobile phones is indeed moving at a very fast pace!