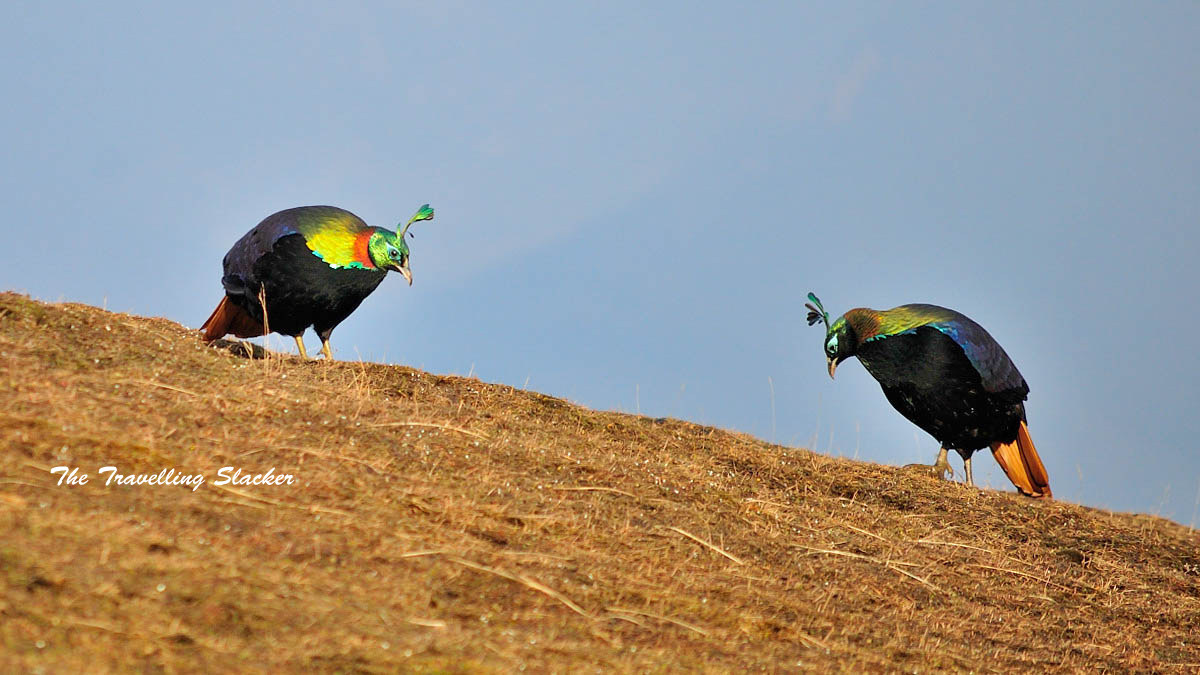 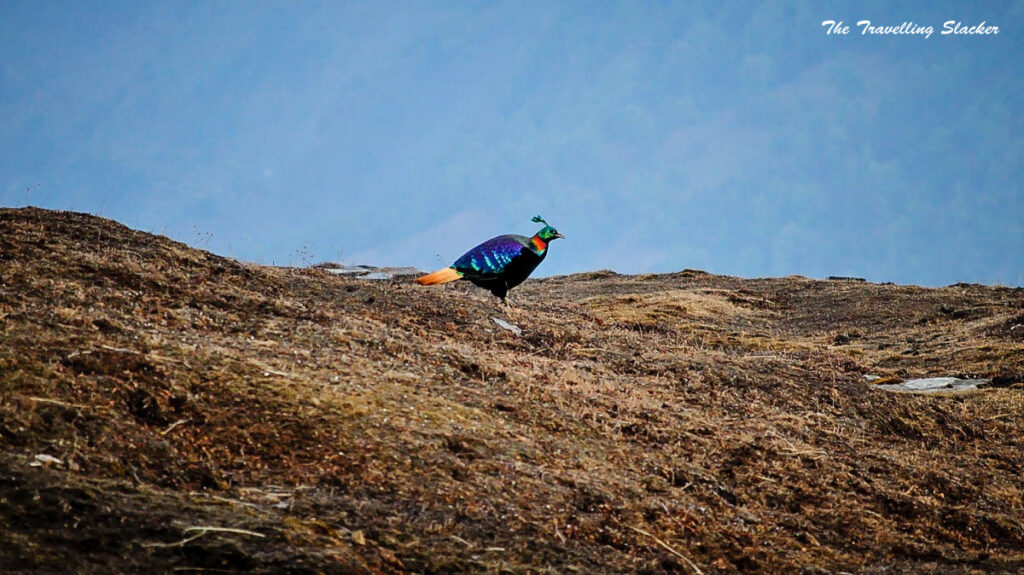 Our first day at Chopta and Tungnath was gloomy. But the next morning was bright. Although there was not enough time, it was an experience worth its time. Detailed travelogue regarding the place will come later. But as of now, I can no longer resist sharing this story of epic stalking.

The Himalayan Monal is a pheasant endemic to the Himalayan region. It is delightfully colourful and also of reasonably large size. That is why if it is around, you can spot it easily and can get a photograph or two even with substandard equipment as I did. It can fly, but I guess it is not built for long hauls. There is of course the usual pressure of hunting and habitat loss but I was glad to discover that it is not really considered endangered… not yet at least.

Originally I did not have much clue about the bird. I was there in Chopta for the rhododendrons rather than the Monal. But the lodge owner mentioned the bird and he even mentioned musk deer although that was nowhere to be seen. 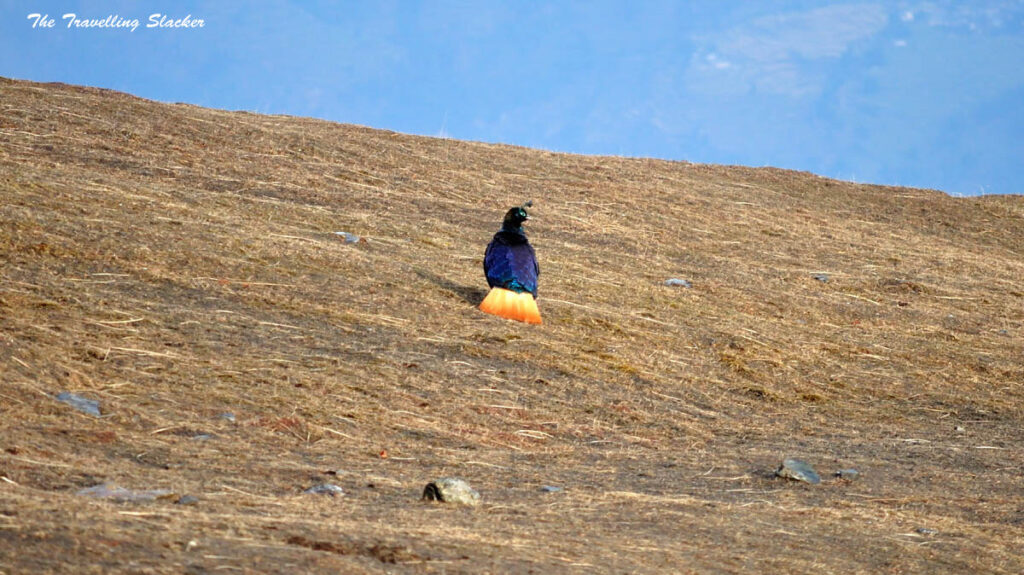 On the evening of the first day, I noticed one, roaming around on the open space on the edge from the Tungnath temple. The 200mm zoom was just not enough and soon a thick veil of mist obliterated whatever view was remaining. However, after a while the mist subsided and we reached the edge of the plain, beyond which there was a deep, vertigo-inducing gorge. We saw a couple fly away but there was not enough to click. It was a disappointing day and at night I dreamt of one of them showing me its middle feather. 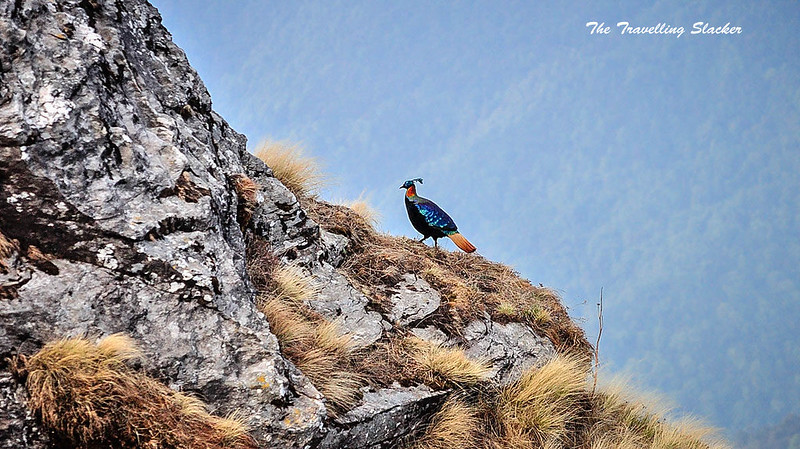 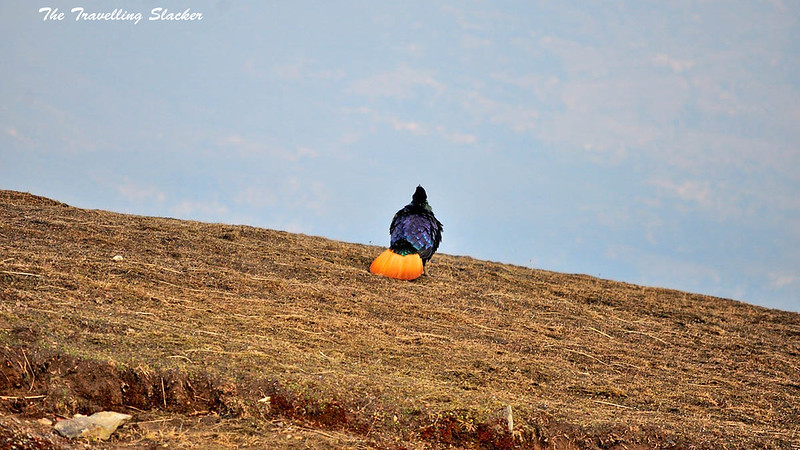 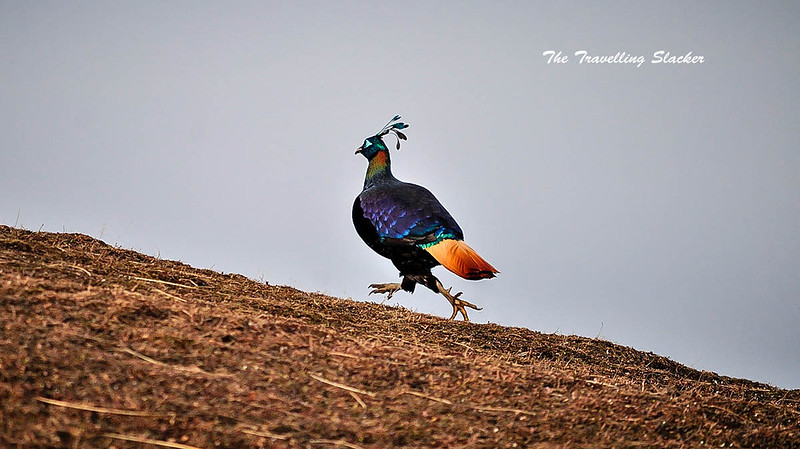 The morning was better and we were considering a climb to Chandrashila but the first thing we noticed en route was another Monal. The light was much better and we summoned every guerrilla tactics learnt from the movies to get as close to it as possible without alarming it. It was not easy as it was just an open meadow without anything to hide behind. I clicked pictures after every step and the images become gradually bigger and clearer till it reached a point where I could publish them without embarrassing myself. The bird was reasonably tolerant but after a point it lost patience and flew away. I tried but did not get a good shot of it in flight. 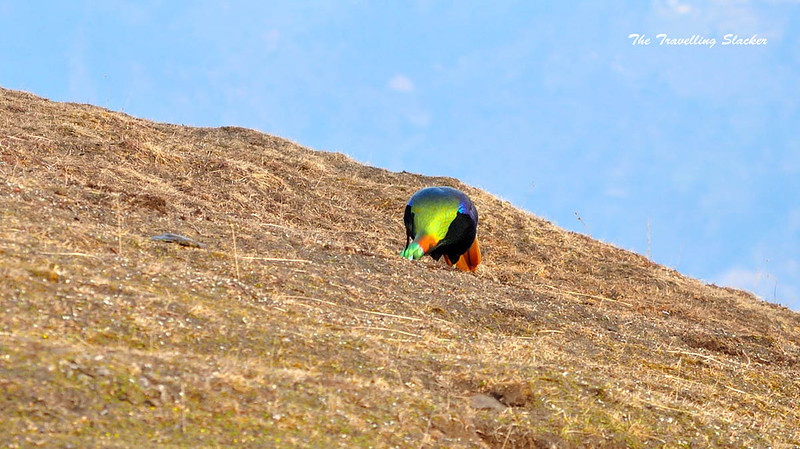 What is better than a Monal? A pair of them! 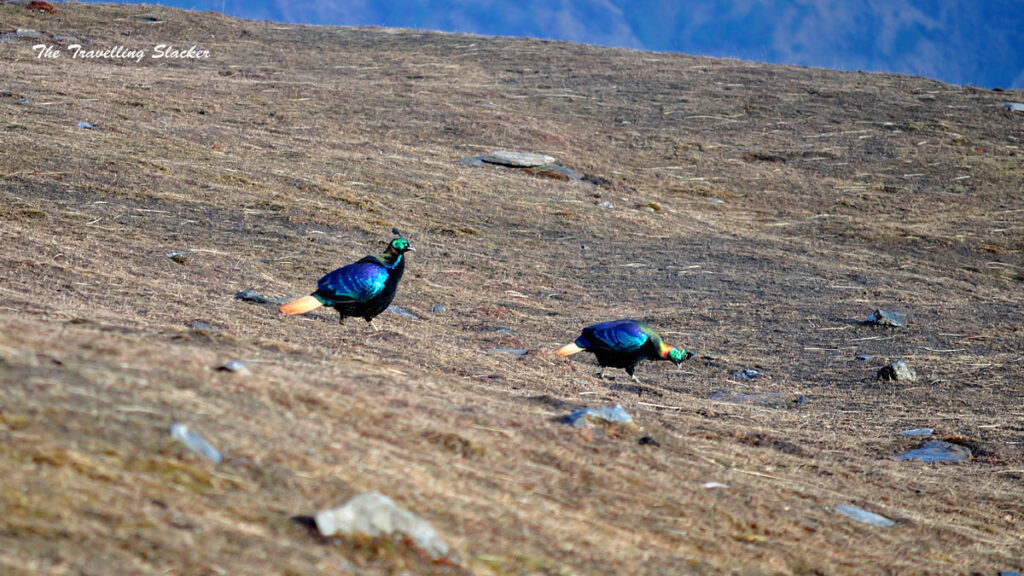 After some time, as we were returning, luck smiled again. This time it was a pair. We applied the same tactics again and this time they were even less concerned by the voyeuristic intruders. We spent at least half an hour ogling at them till one of them finally took flight and the other one moved away to a higher hillock before disappearing beyond the mountains. 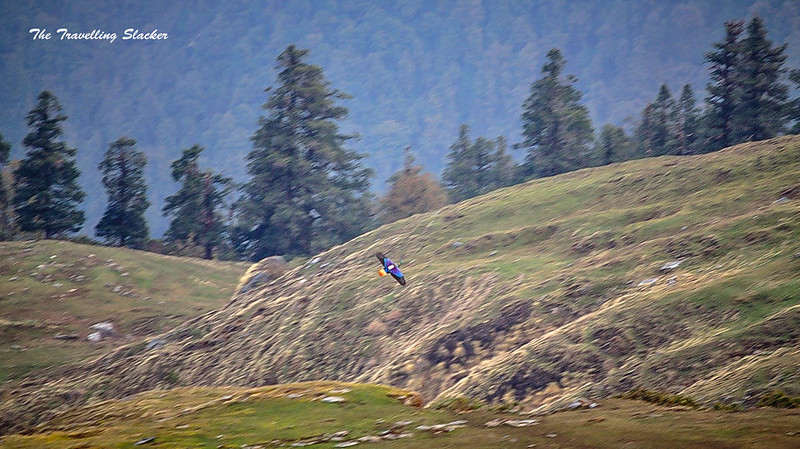