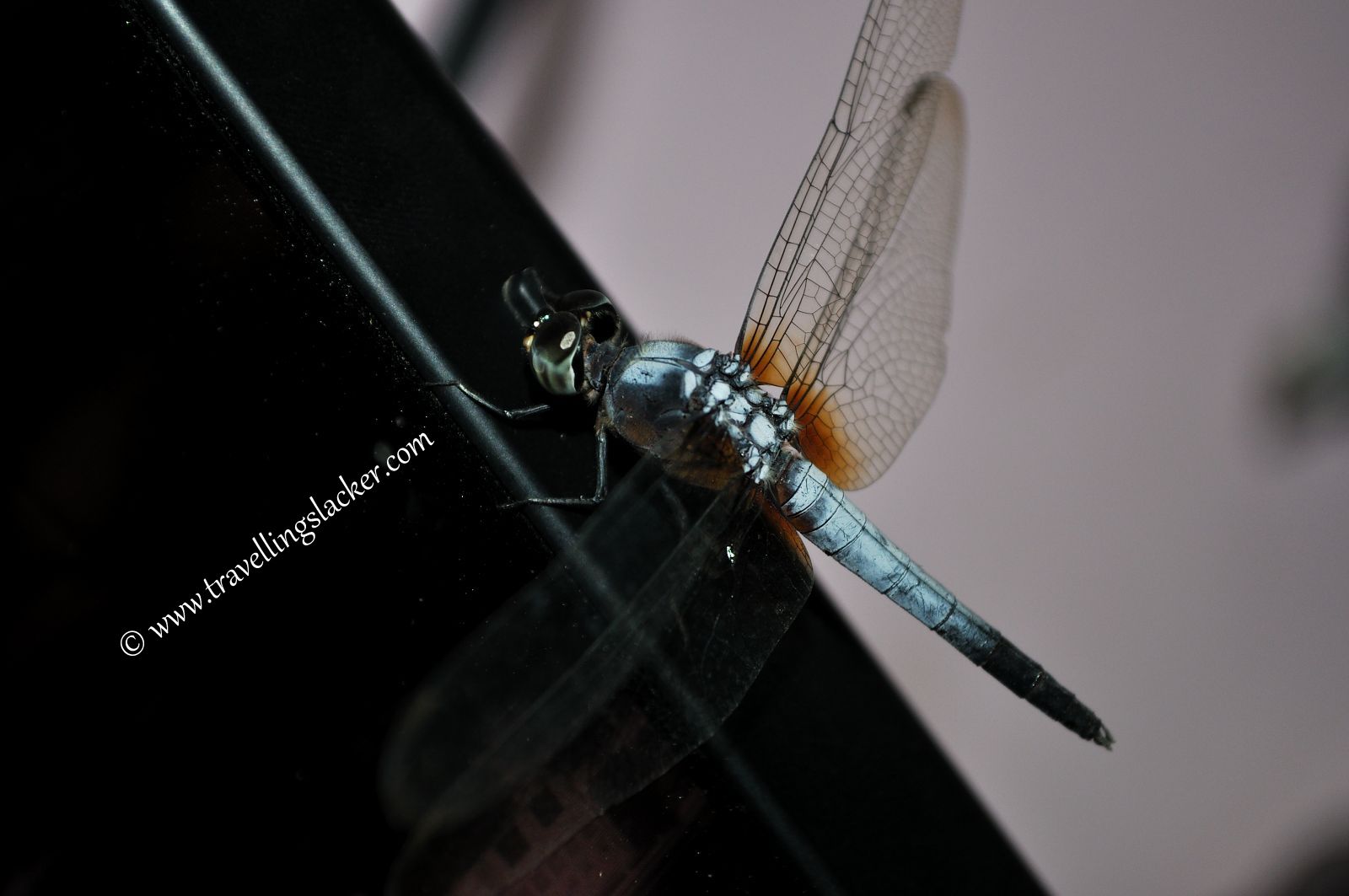 Photographing dragonflies has always been my fascination. But capturing close-ups of insects is always difficult. But I’ve had three lucky encounters in the last month itself, and they got gradually better. The first one was a red stunner, but it never allowed me to come too close. I experimented different angles and tried to play with sun-rays reflecting on its resplendent wings. However I do not think the results were satisfactory. Besides, it choose to sit only on a dirty bamboo pole. I am posting some of them here.

The second one was a much friendlier, probably because it was a geek too. It choose to sit on the laptop lid and dint even fly away when I tried to capture it.

What about the third one? That was the best of the lot, was vibrantly colored, armed with aviator shades and could stare directly at the lens. But I am saving it for a separate post that it richly deserves.

9 thoughts on “Sunkissed and Geeky Dragonflies”