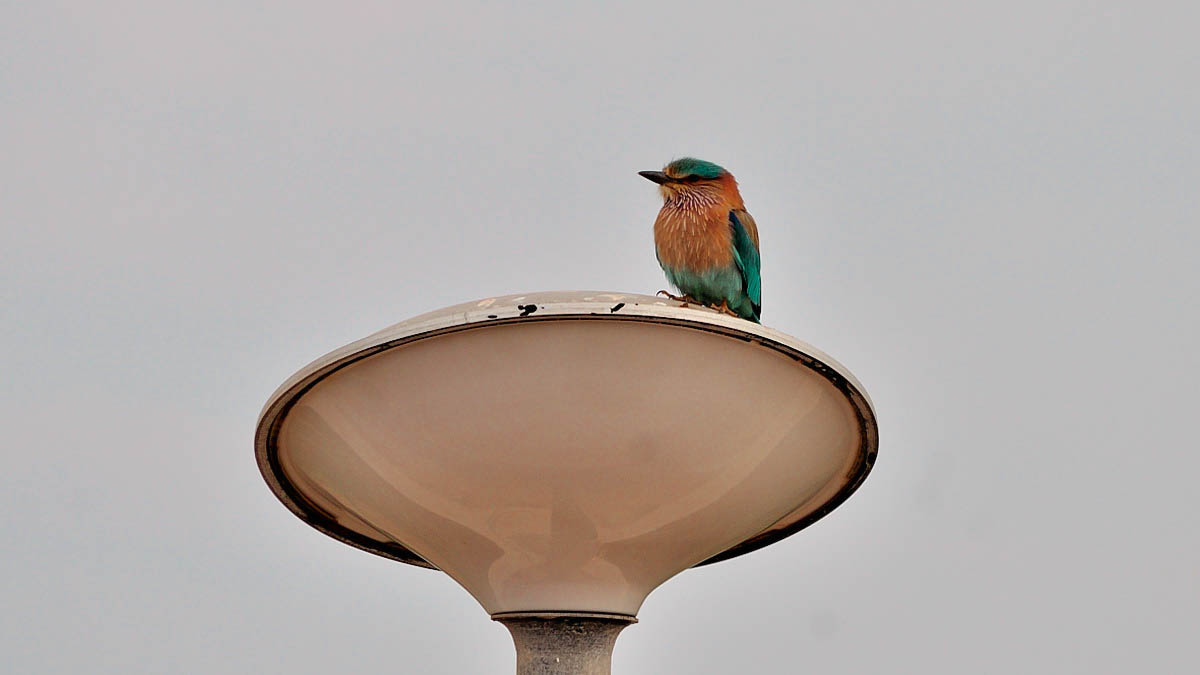 Yes I came here for a rendezvous with the history (or rather, the pre-history). But as the bus left the crowded and dusty “mainland” and moved towards the desolated salt plains of Khadir, I realized that there is more to this area. Dholavira is located somewhere inside Khadir which is practically an “island” surrounded by the salty desert of Rann of Kutch. Thankfully smooth roads have been built now to link every nook and corner of this “island” to the rest of Gujarat now and so the bus rides here are smooth, especially if you can reach early and get a good window seat (like I did). However, it is not close to Bhuj, the heart of Kutch, which is used by most people as the entry point to the white desert. It is almost 220 Kms and you may have to change your bus. I will come back with these details later on with a different post.

Anyways, as the road passes through the salt desert to reach the “island”, sign boards announce that Khadir is a Biosphere Reserve. I felt is as soon as I left my bus and I started walking towards my resort. The area surrounding the Harappan ruins out there is covered with not so dense but reasonably thick vegetation, more than one can expect inside a salt desert. It is alike a large oasis that houses human settlements as well as scores of birds. Local herds of buffalos, goats, bullock carts and villagers in general offered good photographic opportunities although I just did not have much time to soak in everything I saw. The area was also dotted with lush green agricultural plots which seemed a bit out of place but I guess they have been recently enabled with well-planned irrigation systems.

Coming to birds, they again left me whining about my inadequate zoom. There were a few peacocks roaming around near my resort but they disappeared once I took my camera out. According to reports, you can find flamingo colonies if you are lucky and have the time and means to traverse the entire island. But what I personally managed was a nice kingfisher, an egret, some radiant green bee-eaters, doves, bulbuls and some others I failed to identity. Have a look at them till I come back with the details of the actual Harappan site out there.

3 thoughts on “Early Impressions from Dholavira: Birds and Other Postcards”