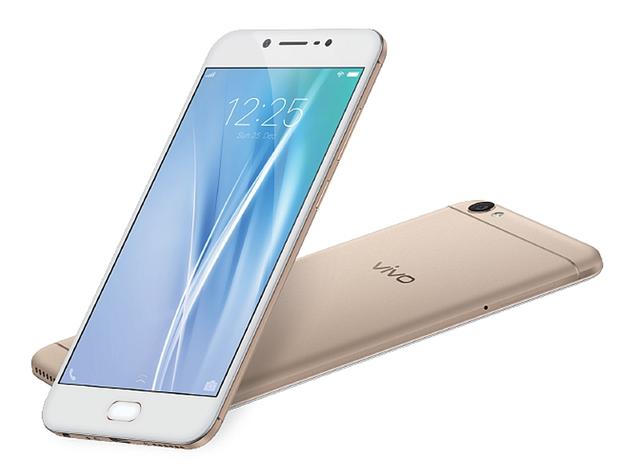 While I use my DSLR for the travel photographs, utility of having a good phone camera while traveling cannot be denied. Let us face it, for all its virtues, a DSLR is a cumbersome device. Coupled with lenses, charger, and other accessories, it fills up one bag on its own. So, despite by DSLR snobbery, I have been clicking more and more pictures with the phone camera of late. There are situations where I have to do it but sometimes I do not get the result I want. For instance, during my last trip, I saw some good vistas from the bus. It was not possible to take out the camera in the heavily crowded bus. So, I used my old phone camera but the results were blurry. Similarly, after a blogger’s meet after a fine dinner one evening, I tried a group selfie but it also turned out to be disappointing as most of the low resolution phone cameras are terrible under low light conditions.

However, the new Vivo V5 changes the scenario altogether. While it has the usual technical specs as expected from a high-end phone, what sets it apart is the first ever 20 Megapixel Moonlight Selfie Camera. The new advert starring Ranvir Singh says as much as he clicks one perfect selfie after another during the course of just one night.

While my romantic life is not as happening as that of Singh, I get the point. The high-resolution camera can be useful for many other purposes too. Let’s face it, the resolution is more than that of my actual camera and the moonlight selfie is basically an enhanced technology designed to intelligently light up parts of the images rather than randomly light up the whole image. As it can be seen in the ad, it can detect and light up all the faces in a group selfie, thus not leaving anyone out. Even for someone like me, it is of great use as I can be walking around some nice small town in a carefree manner during a Diwali or Christmas night without carrying my heavy equipment and still come back with memorable photographs.