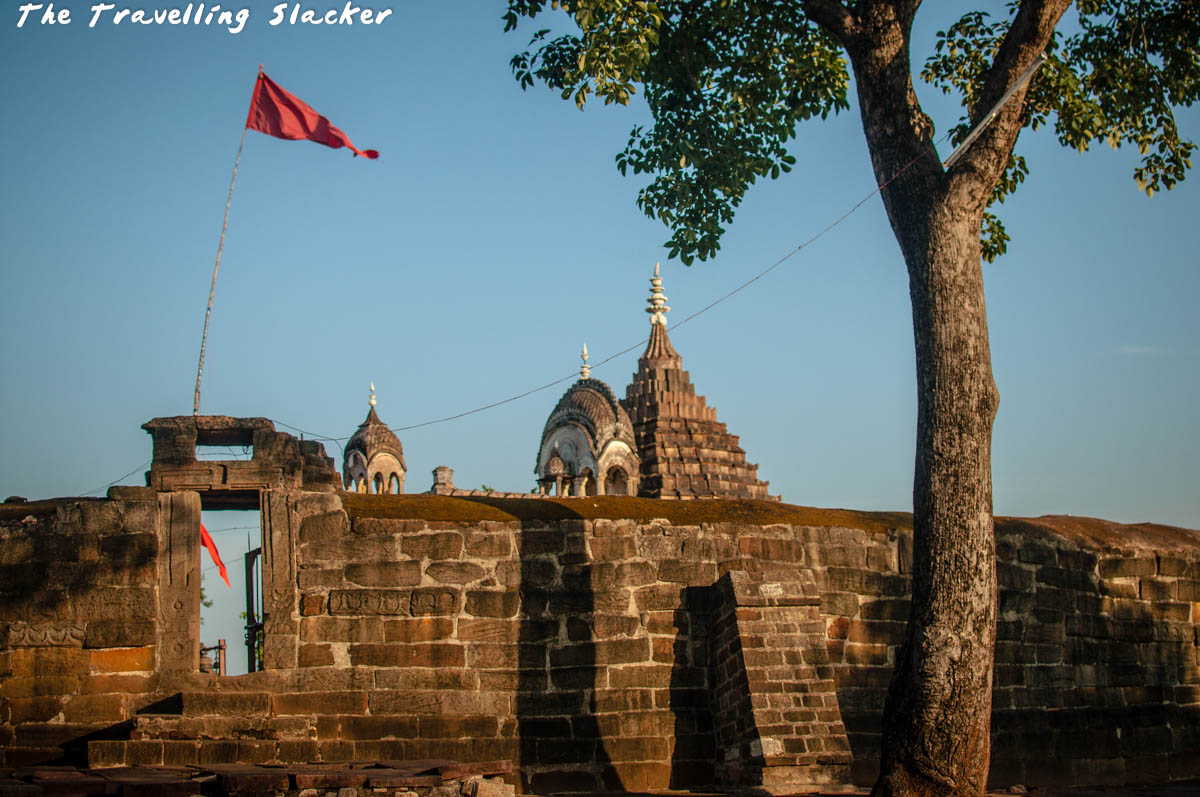 I had barely half a day at Jabalpur. So I went to the most obvious location, i.e. Bhedaghat. I will talk about the marble rocks later but today I want to quickly share a bit about the small but magnificent 11th century Chausath Yogini Temple (64 Yogini Temple). Like many other famous temples, the Chausath Yogini Temple is also situated atop a hill and one needs to prove his or her devotion (or curiosity) by climbing up a steep series of stairs. 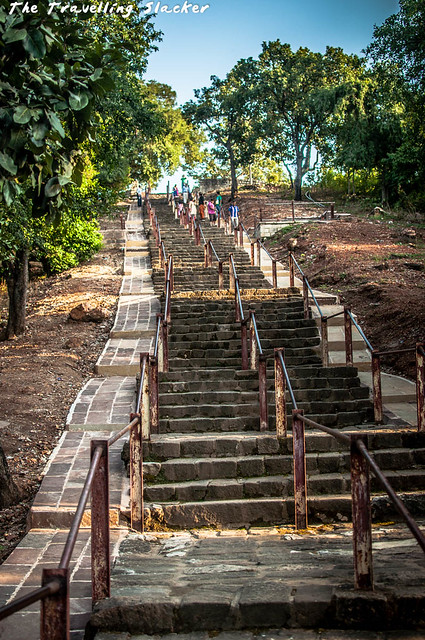 It is by no means the only such temple. I am not sure how many of them were there originally. Probably 64 of them. As of now there are two known temples in Odisha and two in Madhya Pradesh, Jabalpur being one of them. Yogini literally means a female Yoga practitioner but there is more to it. In fact there can be many interpretations. The 64 yoginis are considered 64 attendants or 64 manifestations of Durga/Shakti by some. Also, in fact there was an entire cult of Yoginis with various morbid myths and anecdotes of shamanistic practices associated with them. 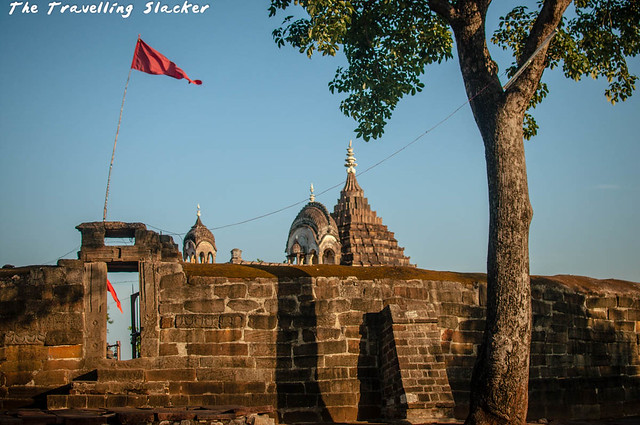 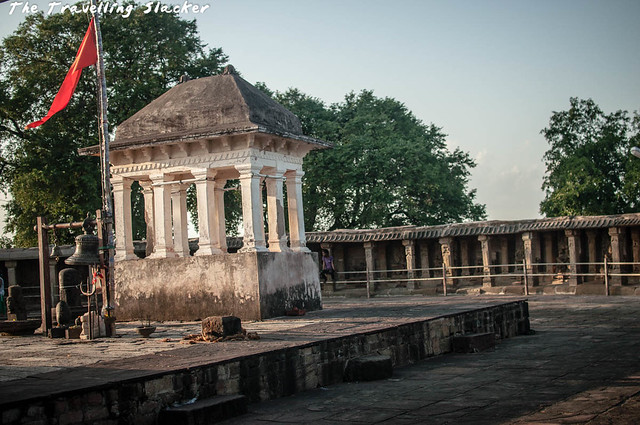 It must have been a place that ordinary people did not dare to visit in the olden days. But as of now there is nothing to fear unless you have a problem with stairs. The main arch is somewhat reminiscent of the medieval temples in Bengal. The central shrine houses the Shiva-Parvati statues and a giant bell. The courtyard surrounding it is not protected by any roof. But the important part is the set of 64 statues that are lined along the inner boundary wall that encircles the temple. Each of these 64 statues are in distinct postures of Yoga and all of them different names and details attached to them. Some of the statues have been partially destroyed, mostly because of various invasions that it had to endure. But still there is enough left to realize the intricacy and craft of those sculptors. 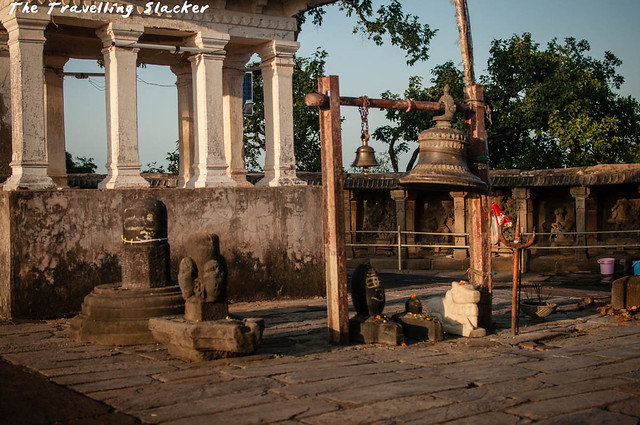 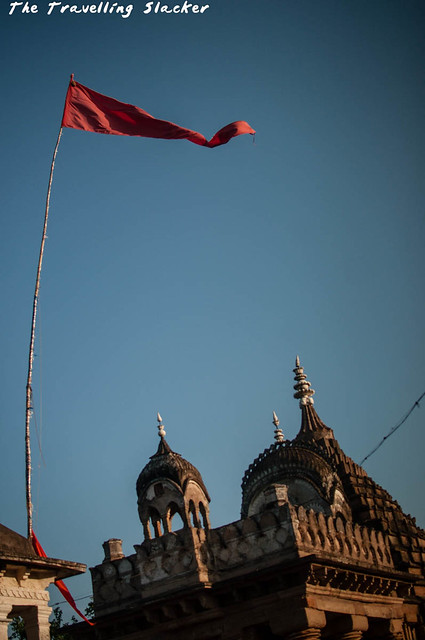 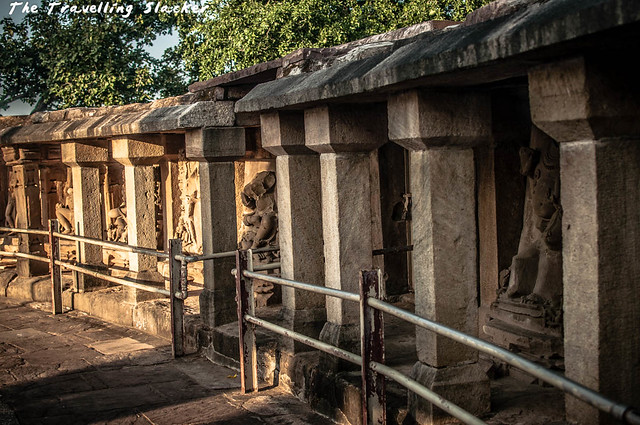 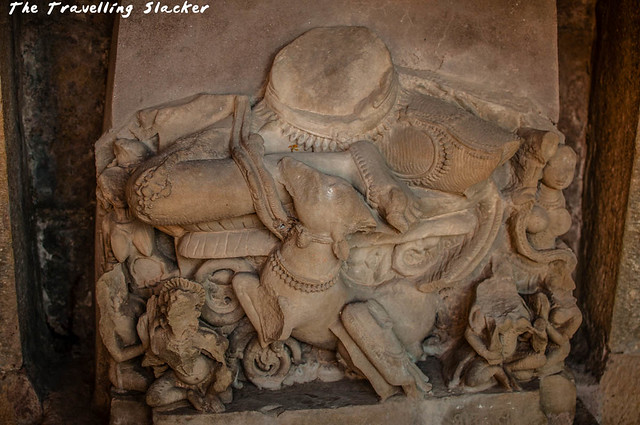 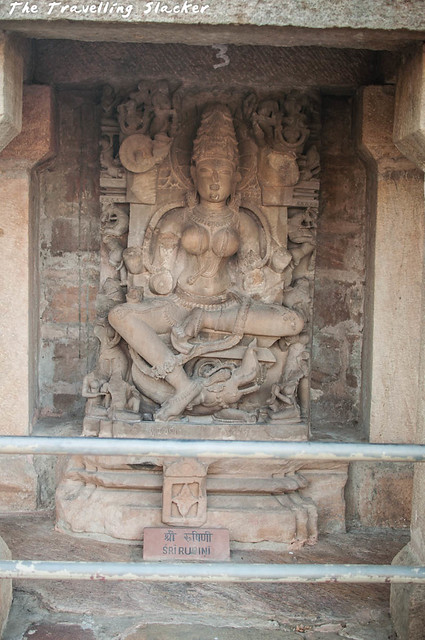