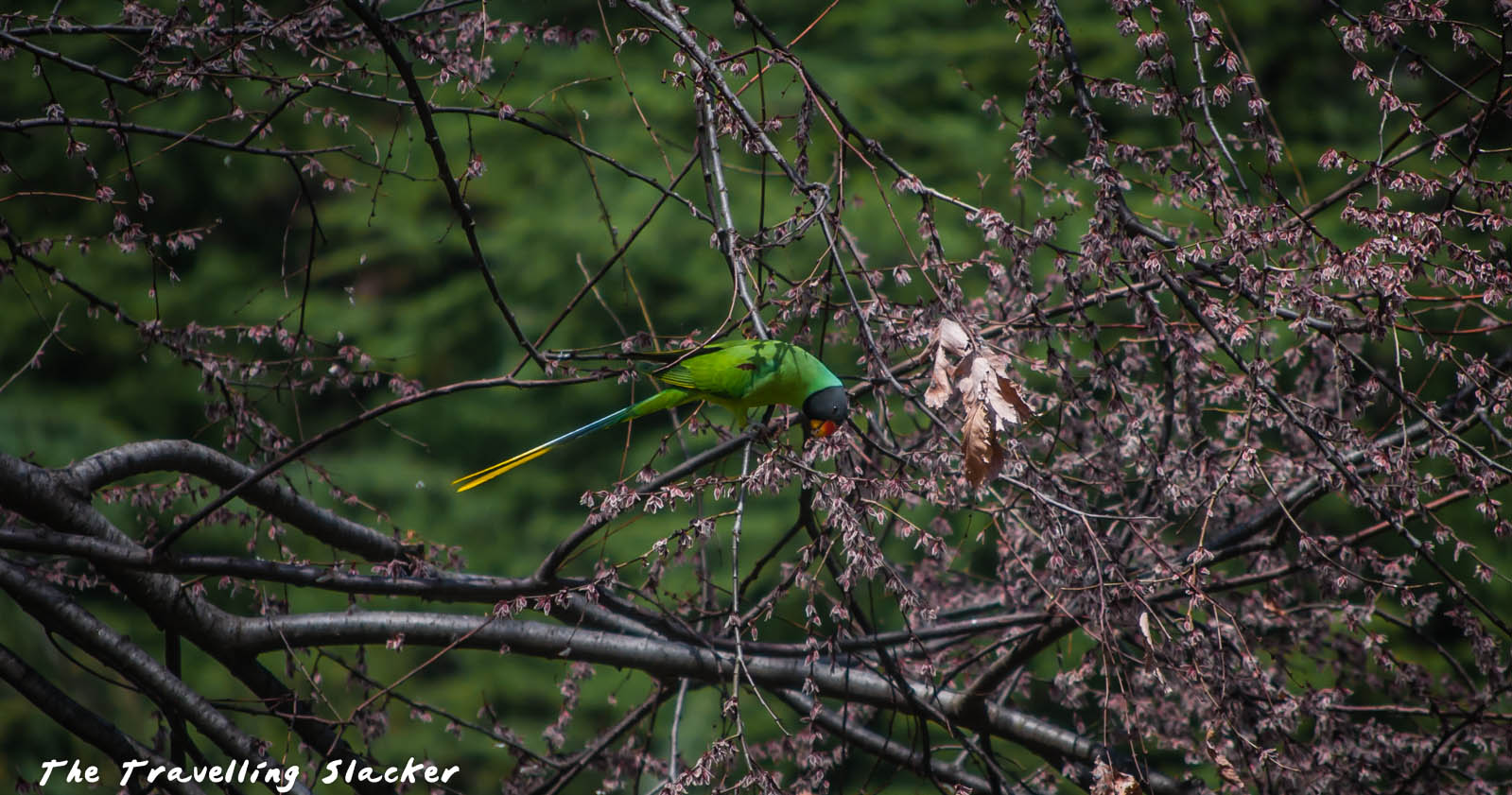 After the tiresome day at Malana we decided to do something less intense for the next day. Kasol was good and it blessed us with good food. But I will come to that part later on, probably in a different post. We actually wanted a easy trek, something less intense than Malana but yet good in terms of views. So, we finally zeroed in on Chalal that required not more than a 30 mins moderate stroll beyond a stretch hidden by tall pine trees.

The trek starts as one crosses over a hanging and perilously jerking bridge over the Parvati river. On the other side of the bridge the view is blocked by steep stony hills. But to our relief we figured out that there was no need to climb the same. We just had to keep in walking by the side of the river following a narrow path. Chalal is basically a small village near Kasol. As expected, it has benefited from the tourism boom as a lot of resorts, camps and restaurants have cropped up in the entire stretch from Kasol to Chalal. From what I understood, this stretch also serves as the perfect venue for trance parties when the season is right. Just imagine the fragrance of that certain plant along with the music of sensuous Parvati and cool mountain breeze. As a result, it is also the Bob Marley country. He can be seen everywhere, on the flags, wall graffiti and of course on the T-Shirts.

Parvati of spring was lithe, lyrical and lusty. Trees were gradually regaining their color after the harsh winter. At this height there are as no trace of the winter remaining. It was mostly a brisk walk for around thirty minutes along the banks and through some colorful orchards.

Apricot blossom is to the Himalayas what Cherry Blossom is to Japan. In Masahiro Shinoda’s masterpiece Under the Blossoming Cherry Trees, most of the delirious and psychedelic imagery take place literally under the blossoming cherry trees. Those overwhelming colors combined with the raining petals at the slightest hint of wind made it an orgasmic spectacle. The apricots of Chalal also displayed the same characteristics and combined probably with the previous night’s dose, i felt a. Colorful yet giddy high inexpiable in words. The entire Himalayas get covered in pink and white of apricot blossoms during spring. I started noticing these blooming trees just after crossing Mandi. Now in the Parvati valley, they seemed to be everywhere.

As we walked, clicked and walked, we reached the village in no time. The traditional architecture of the village is slowly giving way to concrete buildings. But what immediately attracted my attention was the chirping of birds. I noticed several birds, mostly to small to capture. More exiting was the sight of a large green swarm of parakeets but they were at a reasonable distance. We entered the village and walked through the narrow alleys searching for a restaurant as the timing was perfect for lunch. But I could not take my mind off the birds.

We found a restaurant called “In fusion” and ordered tea and some staple food. I took seat near the window and kept looking for birds and after a few seconds, was delightfully rewarded. The aforementioned parakeets were actually settled in a tree on the compound of the restaurant and my position was perfect to catch them although my zoom was weak. Naturally, the first few attempts were failures but eventually the lens aligned itself to capture some non-embarrassing shots of the distant targets. Later research showed these ones to be Slaty-Headed Parakeets.

We met a French botanist couple who informed us of rhododendron blossoms up the trek, on the way to Rashol. This information led to the Rashol trek next day but for that day we kept ourselves to Chalal only. We went to the last house on the other side accompanied by local dogs and that is where we met Manu. Actually it was his house that attracted us with the singular apricot tree in the compound. It was a surreal sight. We captured several photographs and I was on my way back already. But then Hilly called me back as he had struck a conversation with the owner of the house. Many invited us in and offered sweet mint tea. He was also incessantly emptying cigarettes and filling it with you know what. Again our minds scaled certain altitudes as he talked incessantly about how the place has changed in recent years, how he plans to build a resort in the same ground and how some of his friends once got arrested in Varanasi as they were carrying the best products of their fatherlands. I have been to many aces and met many good people but nobody had offered me tea without a reason. So I hope Manu completes his resort in time and I can get back there as soon as possible.

Rest of Chalal was quaint yet colorful. Apricot was everywhere and in the interiors, traditional wooden houses were still visible. It was an easy day well spent. But I was already planning for the more hectic Rashol trek for the next day.

31 thoughts on “Chalal: Under the Blossoming Apricot Trees”