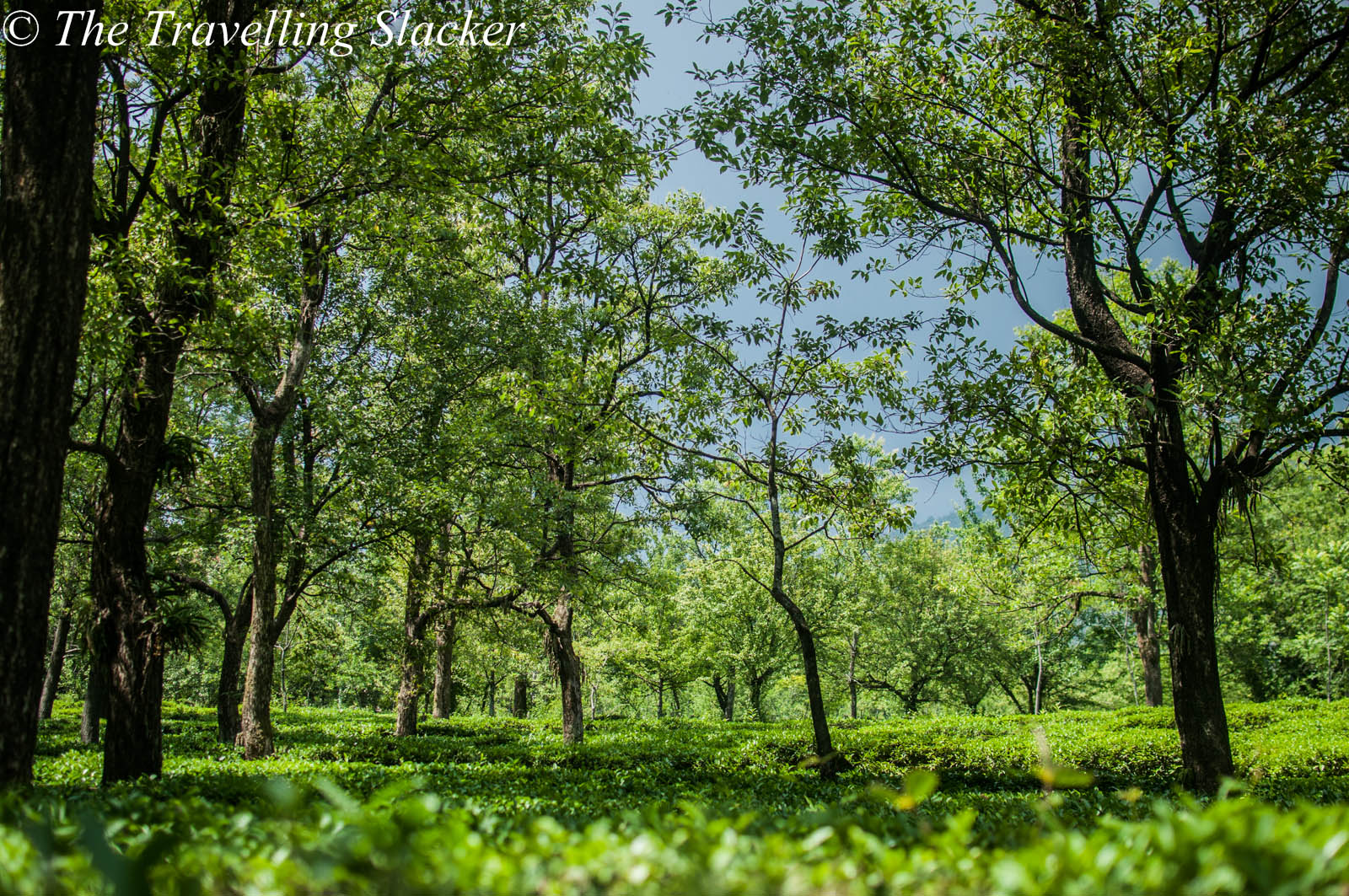 So, I started my #60DaysOfSummer at Bir. It was not a place in my priority list. But I wanted to start with an easier place before moving  into more ambitious pursuits. The twin villages of Bir-Billing in Kangra has become a pretty popular destination due to its paragliding facilities. So, I have nothing new to add to it and in fact personally I have no interest in any kind of flying. So, what I bring here today are set of postcards, mostly from the backyards of Bir. 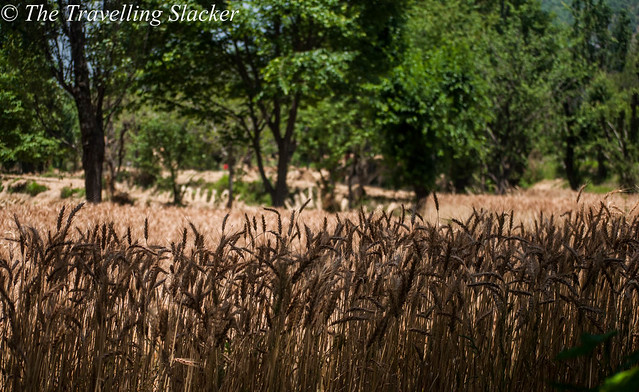 It was the harvesting season and the fields of wheat were shining like molten gold. Mostly robust Himachali women were working there, braving the harsh sun. Although it was a relief to avoid Delhi summer, the sun shines pretty bright in these regions too and the temperature crosses 30 easily during daytime. 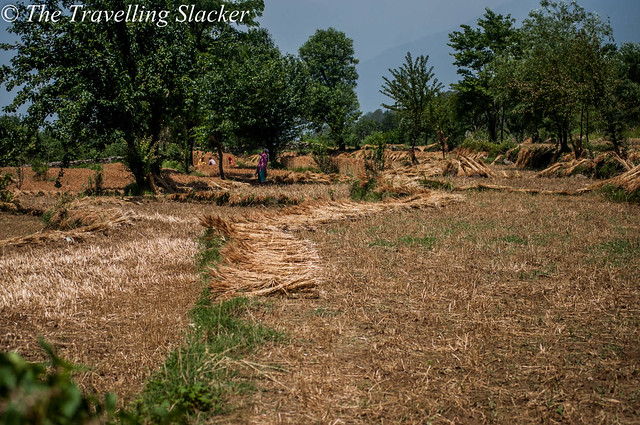 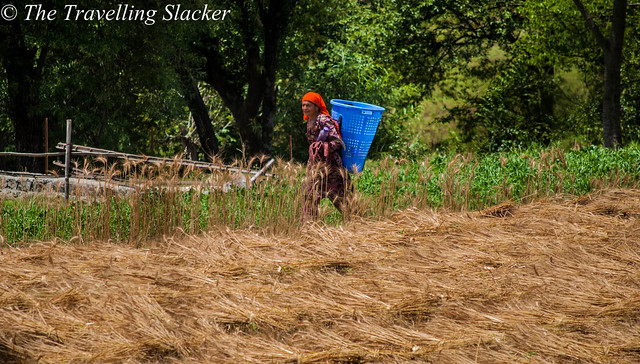 I made a quick walk though the shortcut that led to the Tibetan colony from the main bus stand of Bir, passing through many such fields. What I was glad to note is that the region seemed pretty prosperous with no sign of poverty, at least on the surface. There were pretty two-storeid buildings with stacks of freshly harvested wheat dangling from them. 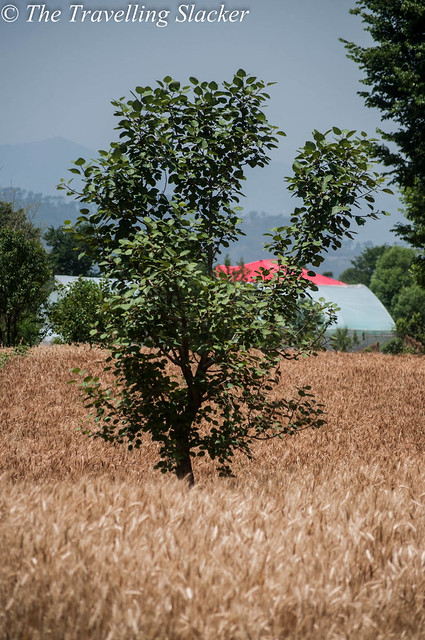 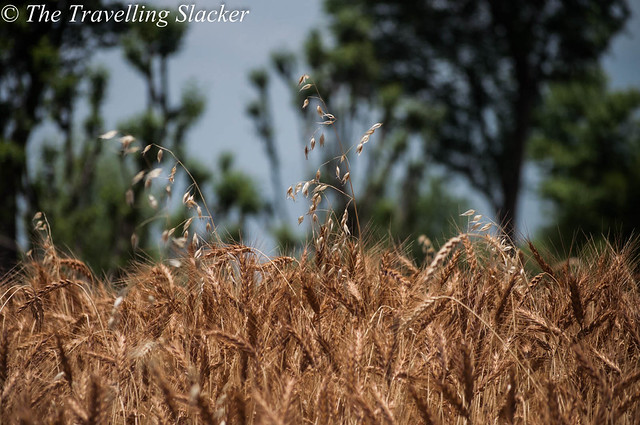 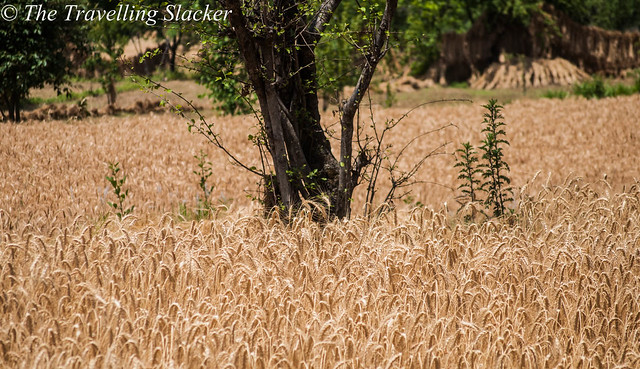 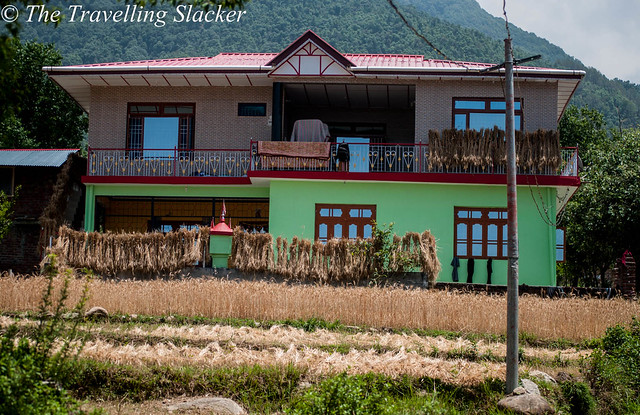 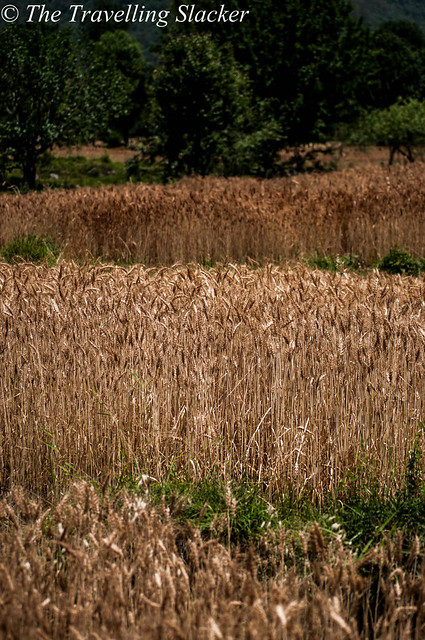 At one point I noticed a couple of animals running around the pasture. They looked like dogs but the gait was somewhat stealthy and tentative, as if they were afraid of human beings. I realized that they were wild foxes (or are they jackals?) but they ran away by the time I got my zoom out. I clicked a few but they were far away by then. 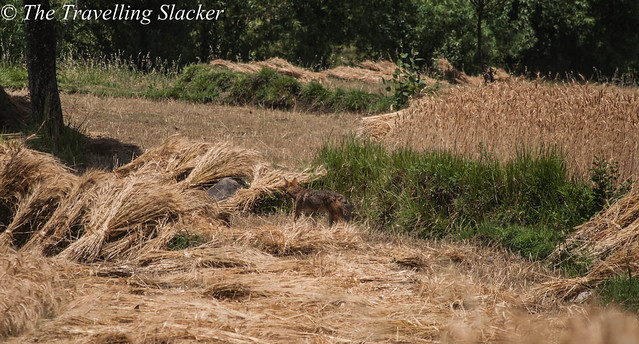 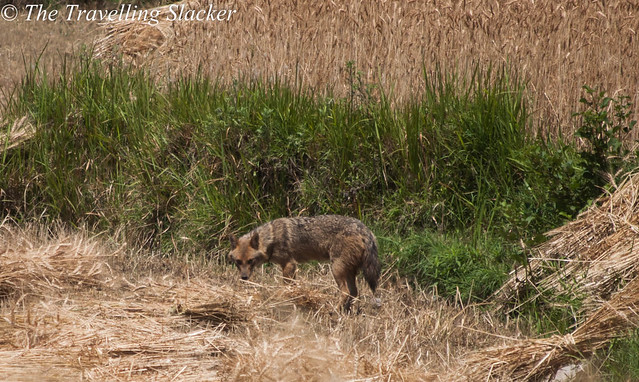 The other attraction here are the tea gardens. Coming from Assam, tea gardens do not hold any novelty to me. However, they are always a sight to behold. 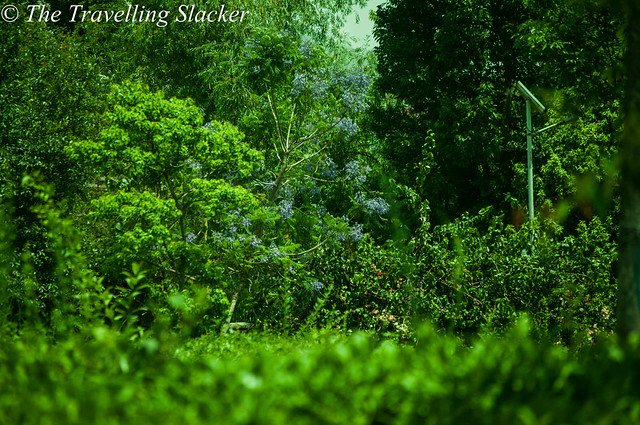 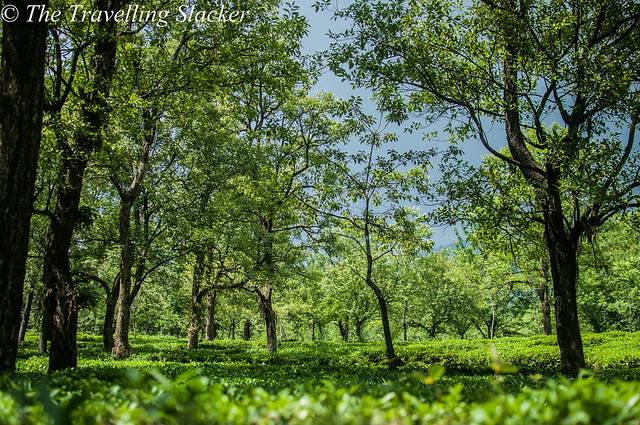 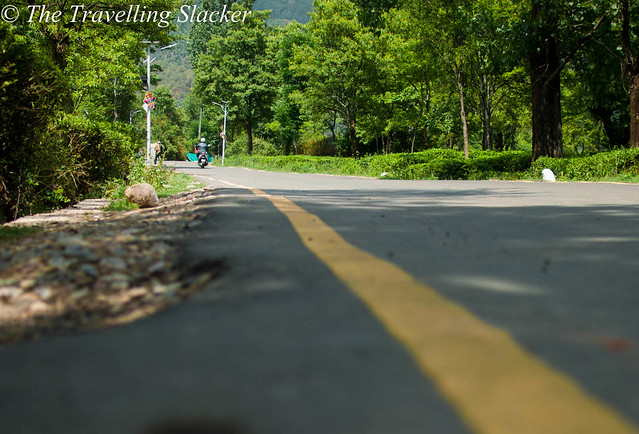 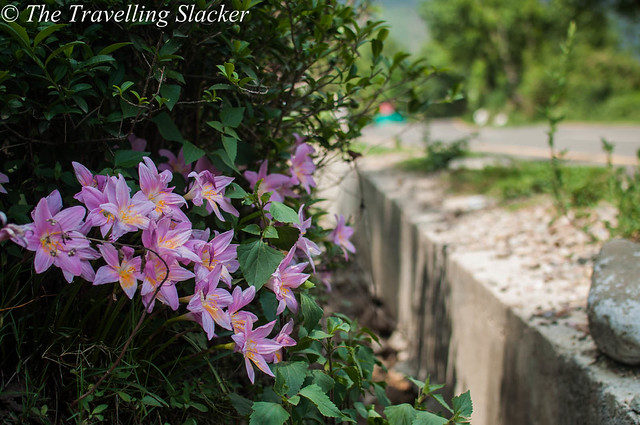 The next day I made it to billing, the upper village, 14 kms away and connected by a steep yet smooth road. The paragliders jump from here and land at the lower village of Bir. As mentioned earlier, I had no intention of taking part in that activity. So, I just clicked a few pictures and trekked downhill, back to Bir. 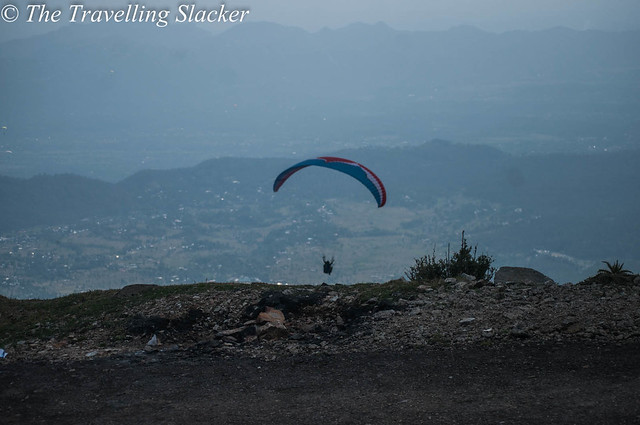 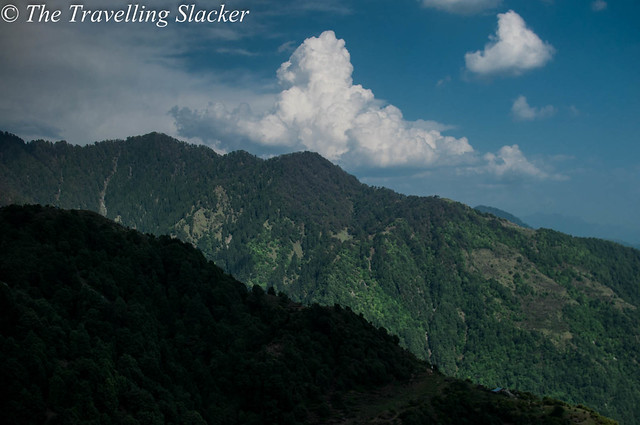 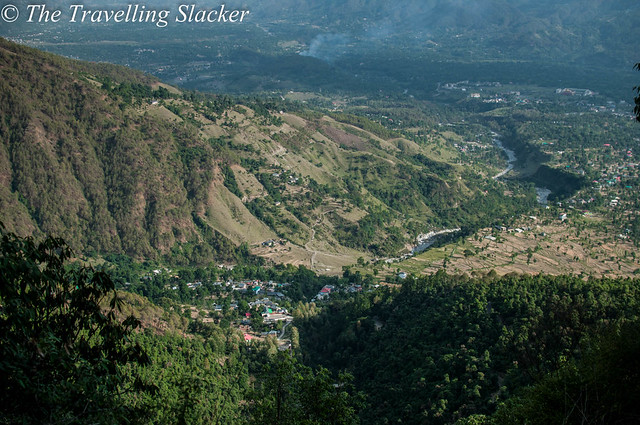 So, a pretty demure beginning to the Himalayan summer. I am in Mandi now, not doing anything in particular (I have seen Parashar before). I am just taking my time to finish some pending work now. My original plan was to move eastwards slowly. But now I am getting attracted to Barot. Dunno which bus will I catch tomorrow morning.