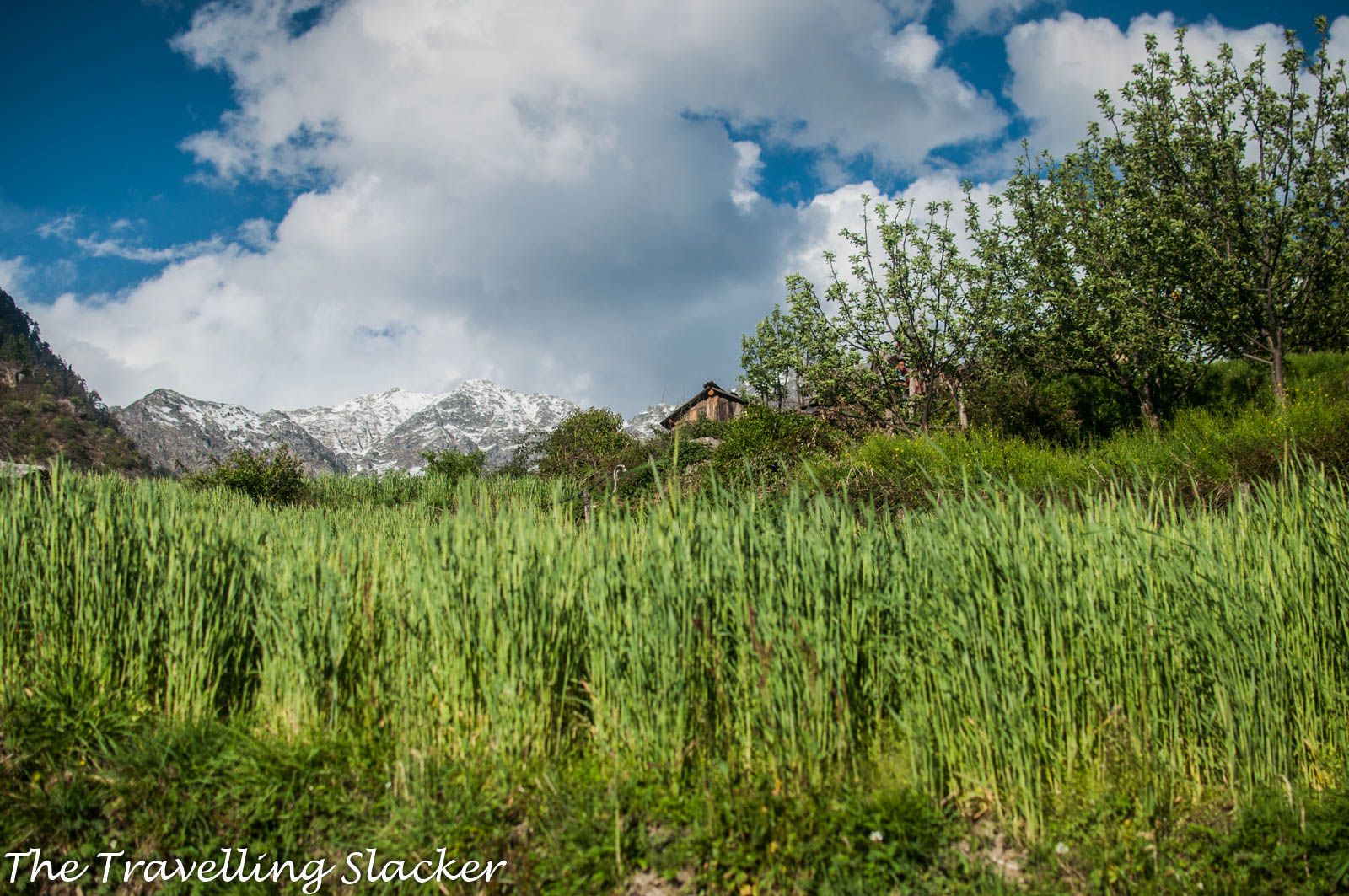 After a couple please of lazy days around Tirthan Angler’s Retreat, I joined to Batahad (also spelled Bathad) village along with Travelshoebum, who already had information about a newly built homestay out there. As it turned out, the homestay owner Thewaramji is also the head of the village. We met Oliver from Italy on the bus and he also made it to the same place. Although Thewaram ji quoted a slightly higher price, Travelshoebum brought it down to a negligible amount (including food) with his bargaining skills.

The original trekking plan was for the next day. So, for that day I hoped to walk around Batahad. However, Thewaramji suggested that we pay a visit to his original village, which was a few kilometres higher up but a new motorable road has been built to the same. In fact, the even the bus services was going to start in a few days so we’re probably the last people to not reach it on a bus.

So, what was the name of that village? Well, here is the problem. Many people told me the name but I could never remember it clearly. Other two guys with me tried to help, but everytime I asked them, they pronounced it differently so I don’t trust them either. I saw no signboards with the name. So I am not sure how to write that. The name starts with G and I vaguely remember it to be something like “Galingcha”. But I am not sure and for the rest of this post I will not mention the name.

The gradient got a bit steeper after an hour of walk. We could see other villages with exotic pagoda temples on the other side of the river. But they were so higher up and so far away that they would take another day of trekking to reach. Eventually, we came across a point where there was a small stream running through the road and meeting the Falacin. The water was not very deep but the current was strong. So we had to carefully skip over the stones.

After a couple of hours of hiking and one final turn, we finally found ourselves in front of a postcard perfect village on a unusually vast plain ground, although with another of those excavators in front. The first to greet us and pose for photographs were of course the children. But the excavator kept distracting me. Those frames gave me some excellent contrast. However, this rise of the machines all over the hills do make me uncomfortable. Not that they don’t have the right to better roads and connectivity, but such developments always come with a gradual erosion of local ethos and cultures. At a more selfish level, I also felt that this will pave way for more expensive resorts owned by people from the city.

It is not the path that elated me but what was along the path. It was a beautiful stretch, the traditional farming grounds of the village. In such slopes you cannot use tractors and other heavy machinery. These fecund terraces have been cultivated by locals with their bare hands. As I gradually descended through them, I got deliriously resplendent frames from every angle with golden green wheat, snowy peaks, schoolkids trekking back to home, and hardworking women who waited and posed for us.

19 thoughts on “Beyond Batahad: Rise of the Machines in the Valley of Gods”